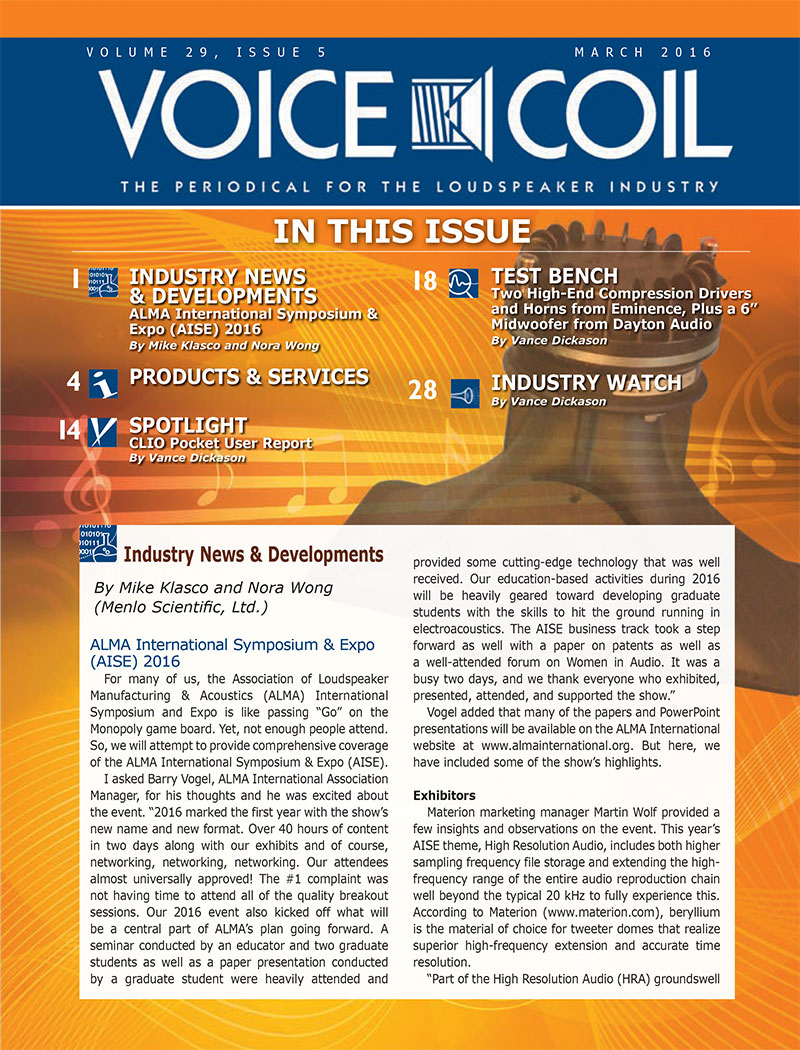 The March 2016 issue of Voice Coil is now available and includes a comprehensive report on ALMA’s International Symposium & Expo (AISE) 2016. In Industry News & Developments, Mike Klasco and Nora Wong (Menlo Scientific) report on everything that happened during two days at the annual event promoted by the Association of Loudspeaker Manufacturing & Acoustics (ALMA) International. Happening two days before the Consumer Electronics Show (CES) in Las Vegas, NV, AISE 2016 was offered a comprehensive program of lectures, debate panels, and presentations. As Barry Vogel, ALMA International Association
Manager confirms, “2016 marked the first year with the show’s new name and new format. Over 40 hours of content in two days along with our exhibits and of course, networking, networking, networking. Our attendees almost universally approved! The #1 complaint was not having time to attend all of the quality breakout sessions.” In this issue, Voice Coil also details some of the exhibits highlights.

In the Spotlight section, Vance Dickason offers his CLIO Pocket User Report. Intrigued by the thorough review of Audiomatica’s affordable solution Joseph D’Appolito provided in the October 2015 issue of audioXpress, Dickason decided to submit the CLIO Pocket to his own test procedures. Rather than go into detail regarding all the measurement routines available in CLIO Pocket, he decided to give examples for the measurements of a couple of the drivers that appear in this month’s Test Bench column, so readers can directly compare them to the data from the column’s normal measurement protocol, using LMS and SoundCheck. The new and cost-effective pocket version of Audiomatica’s CLIO made a positive impression and this User Report is one of the highlights in this issue.

The third driver to be characterized this month is Dayton Audio’s new profile cone 6” diameter ultra-low-profile midwoofer, the LW150-4. This new midbass driver features a six-spoke cast-aluminum frame with a 1.5” total depth. The depth is significant as the motor assembly is housed inside the frame, using a neodymium slug and a 1.5” diameter return cup that incorporates a T-pole. The cone assembly of this clever design is comprised of a flat cone made from an aluminum honeycomb layer sandwiched between two layers of woven glass-fiber cone material. See how they behaved on test and get all the details in this edition.

Finally, among the usual selection of news and updates, our Industry Watch section references Eminence’s 50th anniversary, which is also the reason why Test Bench includes two of the brand’s latest neodymium compression drivers and horns.

This latest issue of Voice Coil - as well as previous archived editions - is available to read online or download here: www.gotomyvcoil.com
To download the new issue, renew your subscription, or qualify for a free subscription to Voice Coil, just go here: http://audioxpress.com/page/Voice-Coil-Subscriber-Services.html 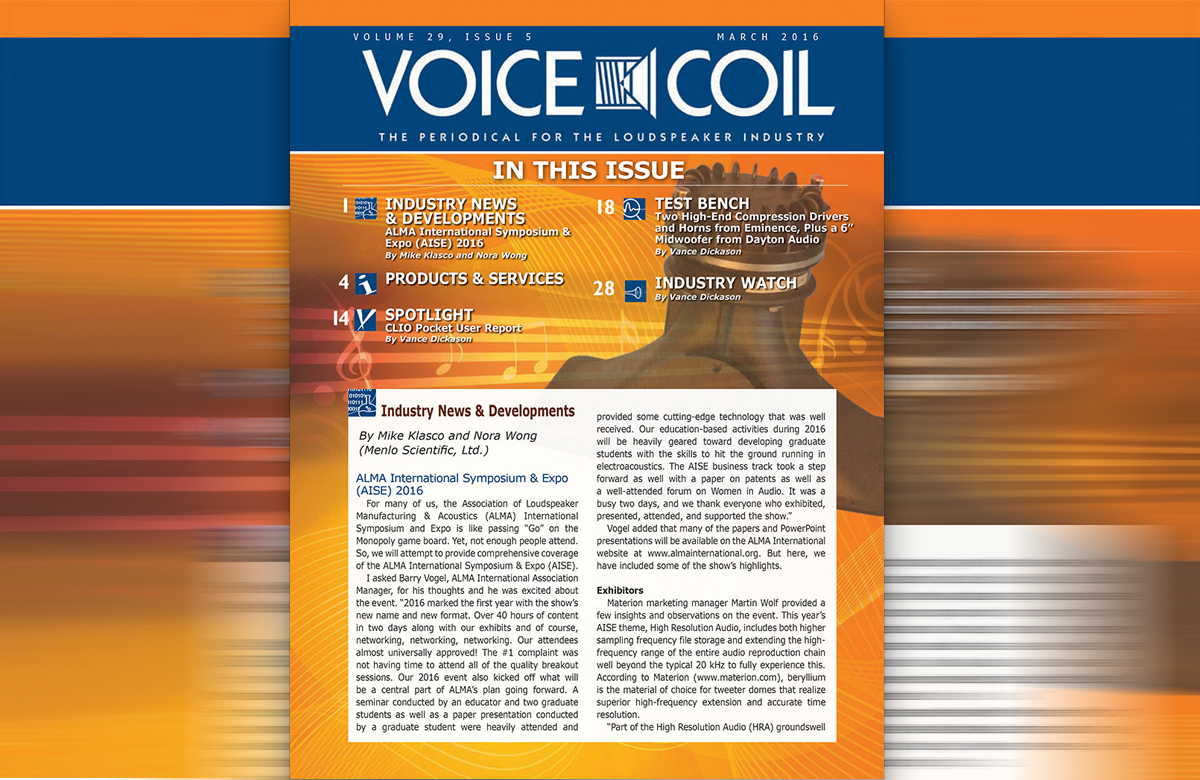