SoundFi Wants You to Go to the Movies and Use Headphones 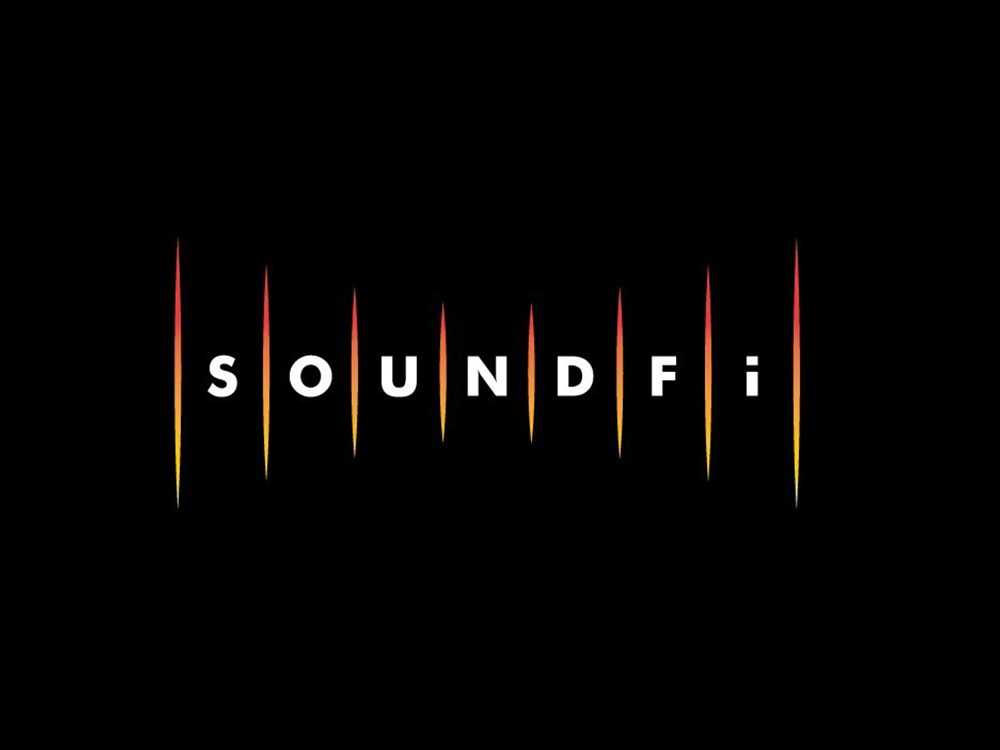 SoundFi is a new "audio technology" company from Los Angeles that intends to "bring moviegoers and fans closer to the movies they love." To do this, SoundFi debuted their "immersive 3D audio delivery format optimized for headphones," implemented as a mobile app. The free app, SoundFi: At the Movies, works on any iOS device (Android to launch later), with any compatible headphone.

As the company explains: "The SoundFi: At the Movies mobile app is a completely personalized audio experience delivered to your phone and coming to your local movie theater. Film fans simply install the SoundFi: At the Movies mobile application from Google Marketplace or the Apple app store, download the movie soundtrack file desired and then take their smartphone and headphones to watch the movie in their local participating theater. And with SoundFi: At the Movies, moviegoers can have the option of hearing the film in multiple languages, with director commentary, or other audio selections, all in an immersive 3D sound format in their favorite theaters." 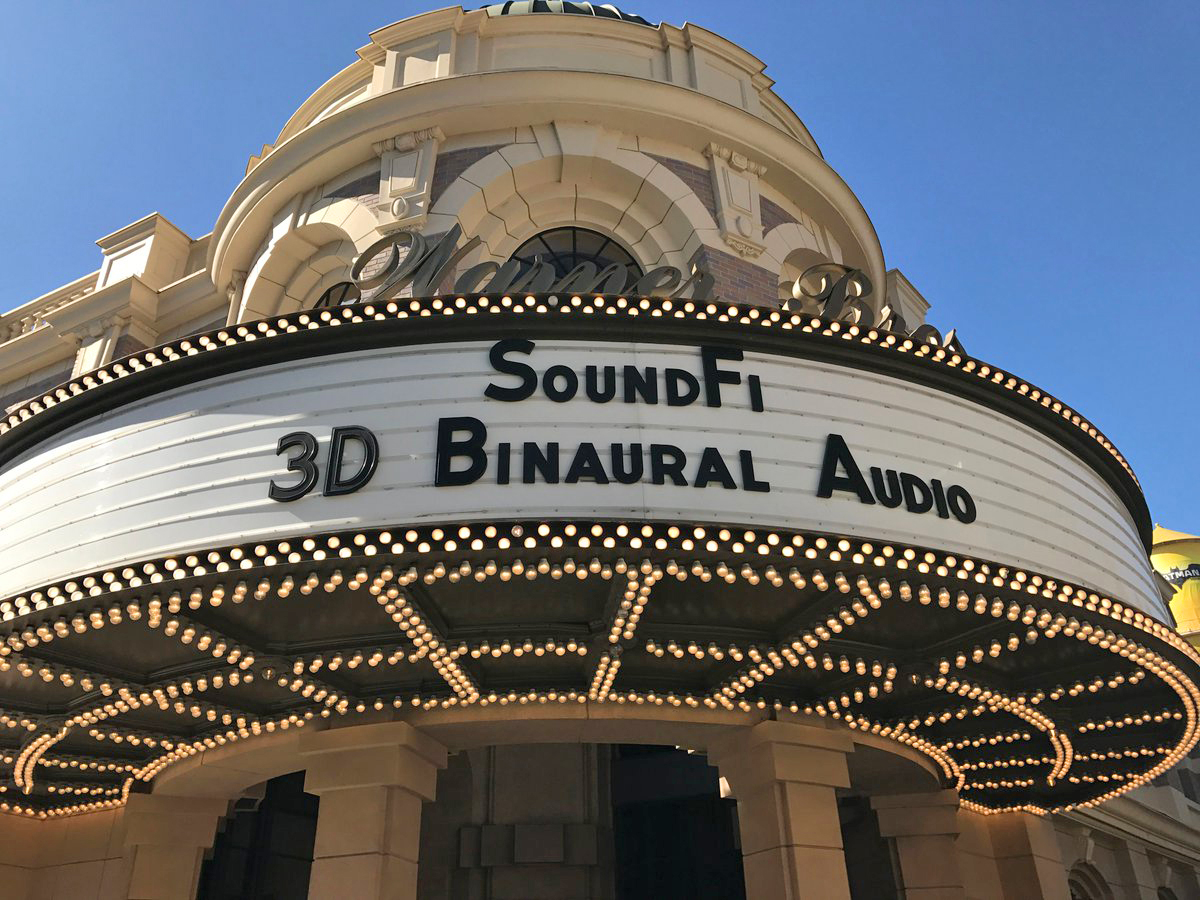 Is this the dumbest idea in the world ever?
SoundFi designed a business model that competes directly with Dolby and DTS in their core market - the movie theater.  Next, they designed a binaural rendering solution for headphones (is this even possible given the number of solutions already in place?), "optimized" to recreate spatial audio of movie soundtracks on headphones. Are they also selling special headphones? No! They say "use any headphones you like!"
And download the "movie soundtrack file desired?" Really? Did they asked the studios what they think of the idea?
Take your "smartphone and headphones to watch the movie." Hopefully everyone has a fully-charged battery, and hopefully not everyone is using Bluetooth!
Finally, instead on focusing on the "watch anywhere you like" movie experience, like Dolby, DTS, and many others already do with their own headphone binaural apps, SoundFi claims you will get a better experience, by ignoring the sound installation in the movie theater and listening on headphones instead. Good luck with that!

To make this possible, not only the company needs to work with the movie producers to create a SoundFi optimized version of the movie, but they need to work with theater owners to convince them to shut down the sound in the room, so people are able to hear anything in their own headphones!

Plus, there are huge synchronization issues, and that's probably why SoundFi details that users have to previously "download" the full movie soundtrack. Hopefully, before leaving home! Some companies (i.e. Sennheiser) are in fact working on wireless solutions that allow streaming the soundtrack or PA signal in an auditorium or movie theater for assistive listening. But because users are inside a movie theater, the wireless access needs to be optimized so all viewers are able to receive the streamed audio in perfect sync with an image projected in the big screen (or a live event).

To promote this absurd concept, SoundFi announced that Columbia Pictures' film The Equalizer 2, directed by Antoine Fuqua and starring Denzel Washington, will be the very first film offered on the platform. "This means that movie fans can see a summer action thriller in the richest headphone sound possible in select theaters. In addition to the release of this new technology, SoundFi also announced that Antoine Fuqua has joined the new company as executive advisor and partner," the company states.

To generate a SoundFi optimized soundtrack, producers will need to add another step in post, after they mix for Dolby and all the other mandatory deliverable formats. "SoundFi takes post-production 5.1, 7.1 and object-based sound mixes and renders them into a binaural spatial audio format that provides a spectacular personalized sound experience whether you are watching a new movie in the theater or, coming soon, enjoying a movie streamed to a computer, phone or mobile device." So, start with the absurd idea, and hope for the best... 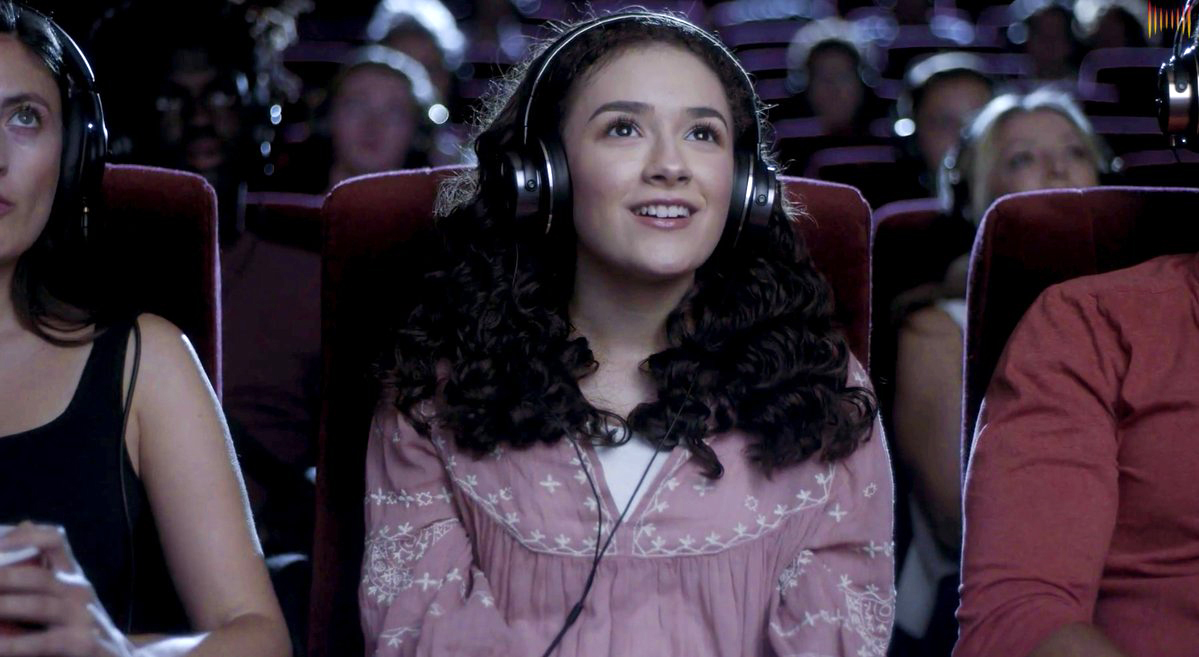 But wait, there's more. In their press release, SoundFi actually addresses the points we highlighted before. Levels in the theater and audio sync. To this, they say, "The SoundFi audio syncs to the soundtrack, with no disruption to the fans enjoying the traditional loudspeaker audio in the theater." Really? Using headphones inside a Dolby Atmos equipped theater? LOL... Triple, quadruple, good luck with that!

"SoundFi: At the Movies is the best solution for moviegoers and fans seeking the most immersive, headphone-based, audio experience possible when watching a movie," says Chris Anastas, founder and CEO, SoundFi. "The app was created by audiophiles and movie nuts to provide premium 360-degree/floor-to-ceiling sound through headphones no matter where they are watching their favorite movies. By redefining the way to enjoy a film, we are bringing back the thrill of a movie that is more purely rooted in the audio experience itself no matter what seat you happen to be sitting in at the theater." Oh, please...
www.soundfi.com
related items