Member Name: Shannon Parks Location: Mahomet, IL An audio engineer at his own company, Parks Audio, Shannon Parks is proud to have almost all the Audio Amateur magazines in his library and he has been reading audioXpress for quite sometime. Shannon owns Parks Audio and is the administrator of the DIYtube forums (www.diytube.com). 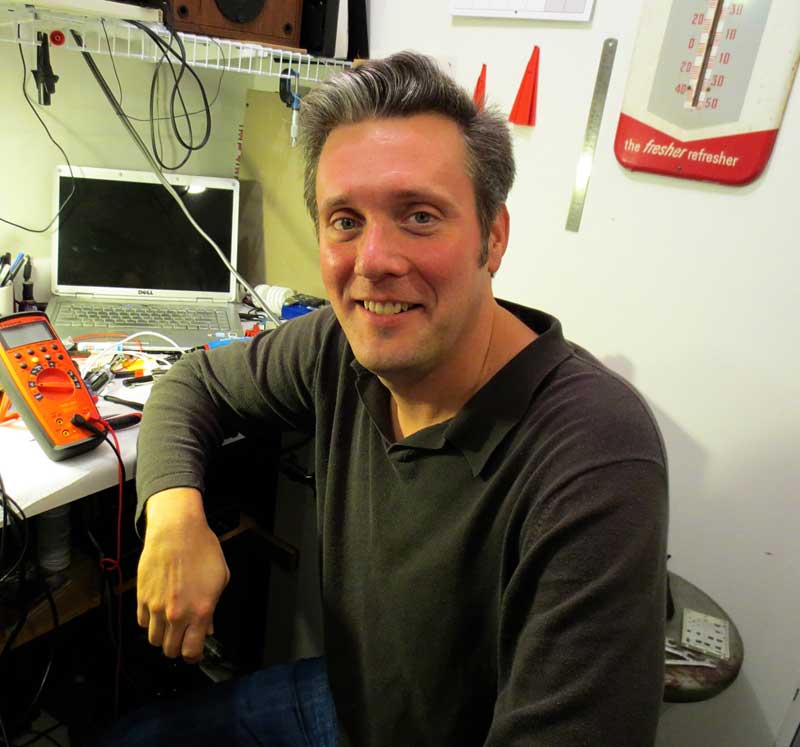 Education: Shannon has a BA from Johnson University, Knoxville, TN. He graduated in 1993.

Occupation: He is an audio engineer at his company, Parks Audio.

Member Status: Shannon said he is proud that he has almost all the Audio Amateur magazines in his library. He has also been reading audioXpress for quite sometime.

Affiliations: Shannon owns Parks Audio and is the administrator of the DIYtube forums (www.diytube.com).

Most Recent Purchase: Shannon has spent the last 10 years in an RF test lab, so he really enjoys purchasing new test bench gear. He recently purchased an eight-channel Saleae Logic analyzer, which he says is amazing.

Current Audio Projects: He said he needs to finish a 12-W 300B SET amplifier project that he has been working on for the last year.

Dream System: In response to this question, Shannon asked, “How about $50,000 to build a great DIY system?” If he had the funding, Shannon said his dream system would definitely have massive 8’ tall horn speakers and he would placed them in a loft in somewhere in New York City.