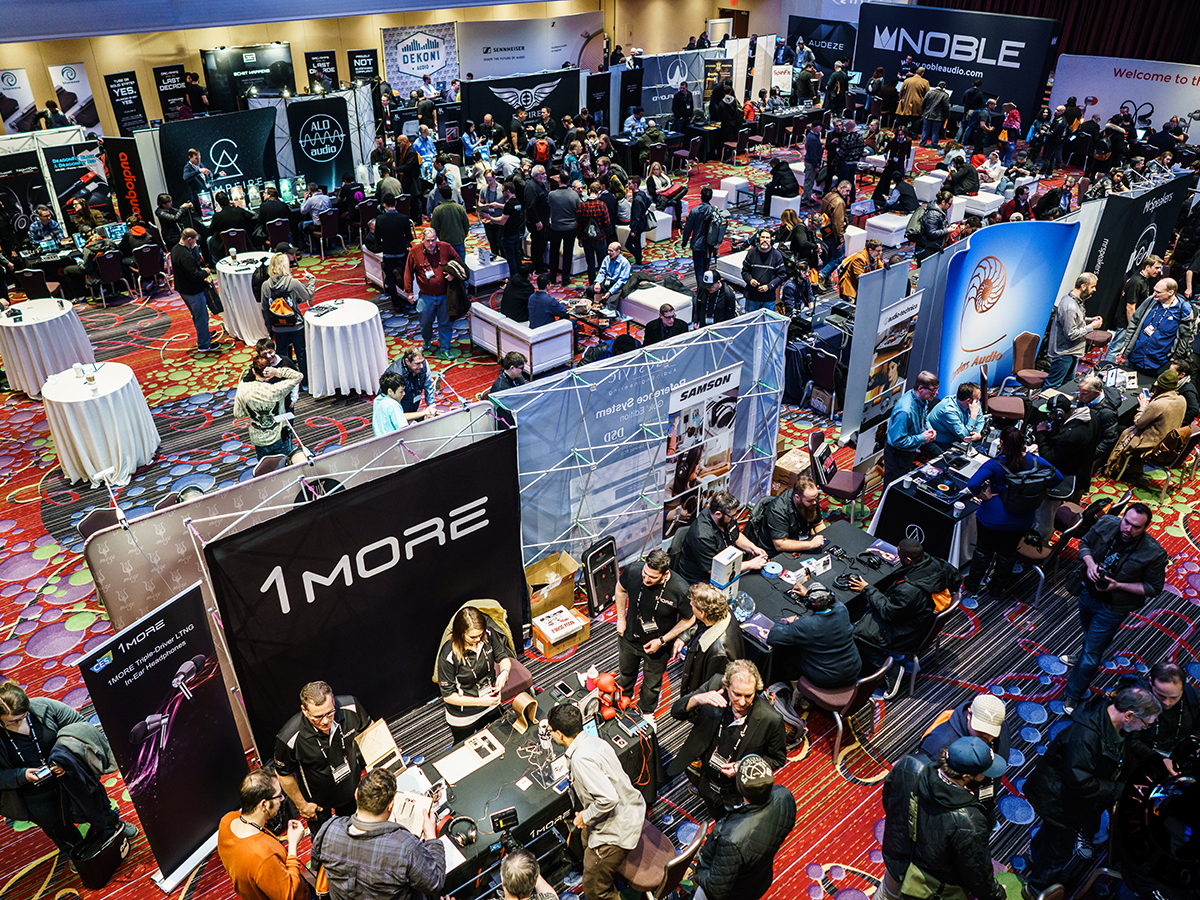 “CanJam” is a play on the slang term “cans” for headphones and for “jam” - to pack tightly into a specified space and also to interact with others. Since 2006, CanJam events have been a unique way for product designers to get a sense of the market and upcoming trends. Often the booth staff are sales people but at most booths at the show we could also find the engineers on the front lines passionately expressing their design philosophy.

Held the first weekend in freezing February at the Marriott Marquis hotel on Times Square, over 2000 earphone and headphone fanatics swarmed over the 55 table-top booths (showing about 100 brands). CanJam NYC featured two seminar panels, one on Music Recording and High Fidelity and the other on The Future of Headphone Audio, VR and Beyond. Audio Precision provided two tech talks; Dan Foley on "What The Specs Don’t Tell You and Why" and Chris Gill’s "Introduction to Headphone Testing."

In this brief report we have chosen to highlight some of the products, companies and technologies that caught our attention.

1More U.S.A.
David Kellogg, 1more’s Chief Brand Officer spoke of their focus on making reference-quality audio products that are available to everyone. The Quad Drivers are the latest and greatest effort towards this goal. Inspired by jet engines but made for sound, 1More's new Quad Driver in-ear headphone uses four drivers dedicated to independent frequencies to deliver unsurpassed clarity and dynamic power with a Hi-Res bandwidth. The construction technique enables every part of the headphones to be disassembled.
www.1more.com

AudioQuest
Jessa Zapor, project coordinator headphone products and Skylar Gray provided an overview. Founded in 1980, AudioQuest manufactures and distributes analog and digital cables, digital-to-analog converters, headphones, power-conditioning products, phono cartridges, and a wide assortment of audio/video accessories. All AudioQuest products - from the very affordable to state of the art combine the careful application of high-quality materials and sophisticated design elements to do the least possible harm to the source signal, thereby enabling cleaner, clearer, more naturally beautiful sound. AudioQuest’s headphones provide some insight to their genuinely innovative approach and philosophy – designed from the ground up, not just the tooling for the headband and earcups but also every aspect of the drivers. Products demo’ed included the AudioQuest NightOwl Closed-back Headphones, NightOwl Semi-open Back Headphones Violectric V281 Amp, the DragonFly DAC, preamp and headphone amp series - soon to be supporting also MQA, and the stylish Perch Headphone Stand.
www.audioQuest.com

Effect Audio
Effect Audio started as a small homegrown local cable artisan and eventually became one of the most sought after cable global manufacturers for their boutique packaging, premium finish, intricate crafts and superior sound due to their eccentric yet successful approach. Effect audio constantly pushes the boundaries of cable craft. Every piece of Effect Audio's cable is handcrafted and delivers the true spirit of craftsmanship and a proper representation of sound, design and perfection. The price is based on materials not on the fancy cable appearance. Featured at the booth was their flagship Mars gold plated OCC silver cable designed and built exclusively by Effect Audio Lab, priced from $149.00 - US$1599.00
www.effectaudio.com

Periodic audio
We asked Dan Wiggins, CEO of Periodic Audio, about his new in-ear-monitor line, which audioXpress already addressed here. Dan designed and engineered these new in-ears all featuring the same high-performance 10mm dynamic driver with the only modification in the diaphragms, which are Mg, Ti and Be/ films. Periodic Audio forms everything themselves and does their own metal stamping. Mg Magnesium diaphragm IEM $99.00, Ti Titanium Diaphragm IEM $199.00 and Be Beryllium Diaphragm IEM $299.00
www.periodicaudio.com

NobleAudio
Brannan Mason's NobleAudio crafts some of the finest universal and custom in-ear monitors available today. The Full Noble range of IEMs is complemented with CIEMs (= Custom In Ear Monitors). For the custom eartips customers need to see an audiologist to get it custom fit ear-tips.
www.nobleaudio.com

ALO Audio
ALO Audio, from Portland, Oregon always has interesting things to show at these events. From their expanding range of amplifiers to the increasingly popular Continental Dual Mono portable tube amplifiers, replacement cables and the also quickly expanding range of Campfire earphones, from $349 for the balanced armature Orion model, all the way to the Vega, using a single 8.5mm non-crystalline Diamond dynamic driver, for $1,299.
At CanJam NYC, ALO founder Ken Ball received an unusual award from The Super Best Audio Friends (“SBAF”) organization. The GS 2016 Award was awarded for its Campfire Andromeda IEM, that uses five balanced armature drivers and a tubeless resonator in a machined aluminum enclosure ($1,099), also based on the merits of their customer service, transparency and cost per performance (not gouging). The award (“GS”) name is a tongue-in-cheek for Golden Schlong to block its mention for promotional uses – but really is a serious achievement. We are looking forward to our scheduled visit to ALO’s facility in Portland, where they do both development and production.
www.aloaudio.com

Spinfit Eartips
Spinfit's TwinBlade Eartips Series are targeting the Comply foam eartip market with their “Ultimate Silicone Ear Tip” product line overmolded cast from medical grade silicon. These range from the CP220m Series Standard Nozzle S, CP230 Series M size Larger Nozzle and CP240 Series Longer Nozzle. SpinFit is based in Asia but can be bought on Amazon.com at a retail price of $10.99 and is bulk packed for OEM customers at 50 cents each.
www.spinfit-eartip.com

THX AAA Headphone Amplifier
Founded by legendary filmmaker Gorge Lucas in 1983, THX established audio/video certification standards for state-of-the-art cinema, home theater/audiophile and gaming, and now mobile electronics. The new corporate ownership is revitalizing the organization with the introduction of the THX AAA headphone amplifier that offers extremely low levels of distortion and noise alongside low power consumption and high output power. The THX patented technology uses a unique combination of feedback and feedforward error correction to make the distortion vanishingly small. This single-chip solution can be powered by a single 3.6v battery. 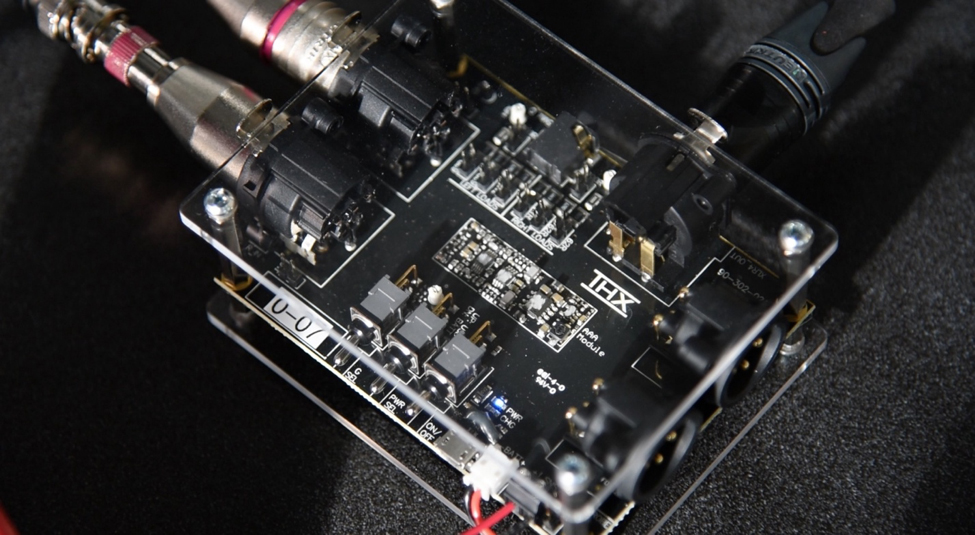 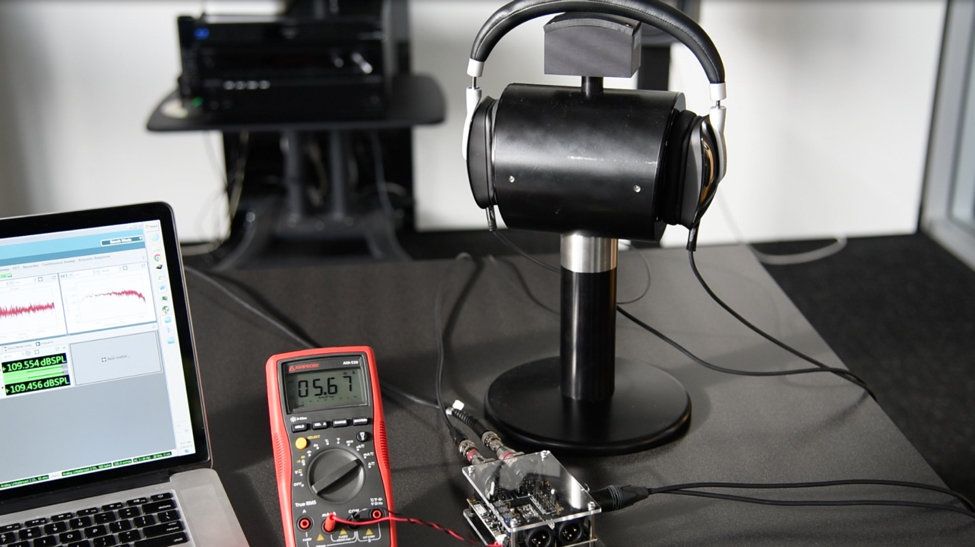 At the THX booth the company was demonstrating the new THXAAA-0 Low-Power Headphone Amplifier for mobile audio, and the flagship THXAAA-888 Desktop headphone amplifier. A related development was the joint announcement by THX and Triad Semi on a ASIC (Application Specific Integrated Circuit) of the AAA circuit which should be launched in audio products by the 2018 CES show. While the trend is for the stereo audio path of smartphones to be surprisingly respectable (with ESS, AKM, or Wolfson (Cirrus) DACs, hardcore audiophiles are still very much attracted to dedicated players and these were present in force at CanJam.
www.thx.com 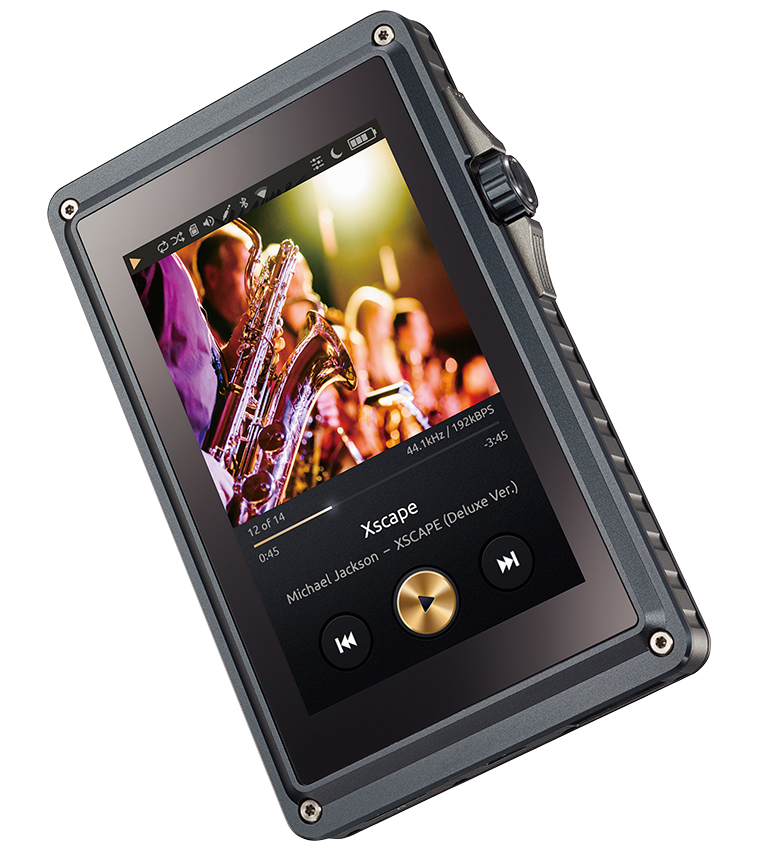 FiiO Electronics
We talked with Sunny Wong of FiiO Electronics Technology from Guangzhou China who was visiting New York for the first time for this CanJam NYC 2017 event. Celebrating FiiO's tenth anniversary, this will be a special year for the company. Audiophiles around the world know of FiiO's products from their amplifiers to their portable media players. Meeting some of their overseas customers face-to-face allowed them to have a better sense of what the market is like outside of China.
FiiO showcased their new X5 3rd Generation portable media player at the event, which recently won the iF Design Award. Not being released outside of China yet, this device created a lot of interest at the show, and the feedback received from the event helped FiiO gain some insight on how people outside of China would use it. FiiO's table was always busy with people waiting just to listen and use the X5 3rd Generation. Sporting dual AKM AK4490EN digital-analog converter chips, a balanced headphone output, and dual microSD card expansion slots, the X5 Gen3 has a lot going for it at $400. Interacting directly with their customers was a lot of fun and they look forward to meeting others in future CanJam events!
www.fiio.net 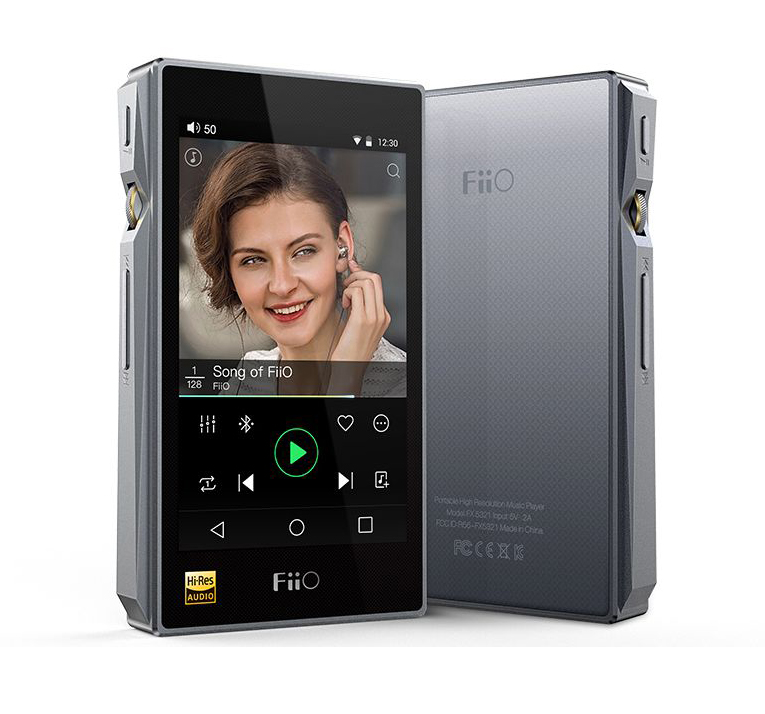 The 800 Lb. Gorilla was out to lunch….
What was apparent at CAnJam NYC was the general lack of USB-C and Lightning equipped earphones and headphones. Expect to see most new smartphones launched in 2017 to boast USB-C audio interfaces and only a few to retain the legacy 3.5 mm analog jack. While there are already a half-dozen semiconductor vendors rushing to market with USB-C solutions (codec-headphone amp-usb-C i/0) only a couple are shipping. At the show, headphones, earphones and audio players were not featuring nor even hinting at future USB-C capability, but we expect this to change soon.
In 2017, you can catch CanJam SoCal April 8 – 9, as well as Singapore March 11 -12, and London July 15 – 16.
www.canjamglobal.com
related items