“The Distortion of Sound” documentary exposes ‘quality for convenience’ trade-offs

A new documentary presented by Harman, featuring Quincy Jones, Mike Shinoda, Hans Zimmer, A.R. Rahman, Manny Marroquin and others, addresses audio compression’s impact on the listening experience. The documentary aims to promote the audiotioning of music using proper speakers and non-compressed sources.
“The Distortion of Sound” is a new documentary exposing the decline of sound and how technology has changed the way we listen to music. Following the premiere screening at the GRAMMY Museum in Los Angeles, the documentary can be seen on “The Distortion of Sound” YouTube channel, the website DistortionofSound.com, the Sundance Channel and the IFC Channel from July 23rd. 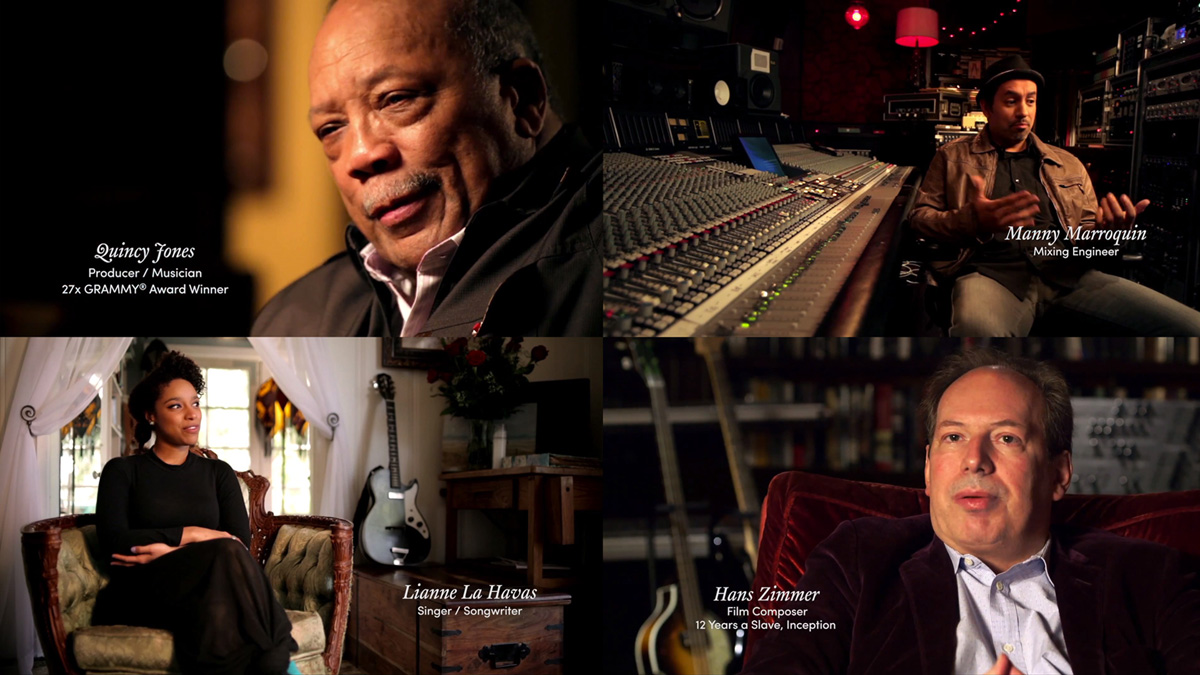 Presented by Harman International, and told directly by artists, producers, music lovers and fans, “The Distortion of Sound” aims to reveal the existing gap between the music artists create in the studio and on the stage and how fans experience it on the go. “This movie is a wakeup call about what we are missing and how technology has changed our musical experience,” says world-renowned record producer, Quincy Jones.

The documentary delves into the development of portable audio equipment and music streaming, which led to the normalization of digital music compression and a degradation of sound quality. It also addresses the proliferation of low quality audio products and the industry’s emphasis on fashion and mobility at the expense of a quality listening experience.

“There is a great irony that as technology advances and music becomes even more accessible, those songs aren’t being played back in their full richness and color,” added Linkin Park co-lead vocalist, Mike Shinoda. “We now have access to all the music we could ever want, but this access has come at the expense of quality.”

“More than just a look into the effects of technology on sound quality, ‘The Distortion of Sound’ is a film about the power and strength of music and the emotions it evokes in those who live and breathe it every day,” said the film’s director, Jacob Rosenberg. “Ultimately, it’s a celebration of the artistry and passion that is poured into music creation, and the profound connection between the artist and audience.”

“This documentary is about how technology has changed the way we create and enjoy music – for better and for worse. While we all want our music to follow us everywhere, we have unnecessarily sacrificed fidelity for mobility. Harman wants to reverse this trend,” said Dinesh C. Paliwal, Chairman, President and Chief Executive Officer of Harman. “We are in the studio and on the stage with artists, helping them create their life’s work. They – and their fans – deserve better, and we hope this film opens eyes and ears to how we can ‘save the music.’”

Independently of the documentary’s merits and the whole discussion about consumers being forced to trade-off quality for convenience by adopting highly compressed music formats and streaming - or listening to music on laptop speakers - this Harman sponsored documentary seems to be used to promote the merits of its own consumer brands like Infinity speakers (nothing wrong with that…) while at the same time promoting its Clari-Fi by Harman (www.clarifisound.com) technology which promises to “restore the artistic details lost in your digitally-compressed music”, obviously resulting in little more than “enhancing” the existing compressed signal by “exciting” certain key frequencies. Not exactly “high-fidelity” and certainly not in line with the testimony given by the respectable people participating in the documentary.
AudioXpress would love to hear your opinion. Send us your message to this email.
www.harman.com
www.youtube.com/user/DistortionOfSound
www.distortionofsound.com
related items