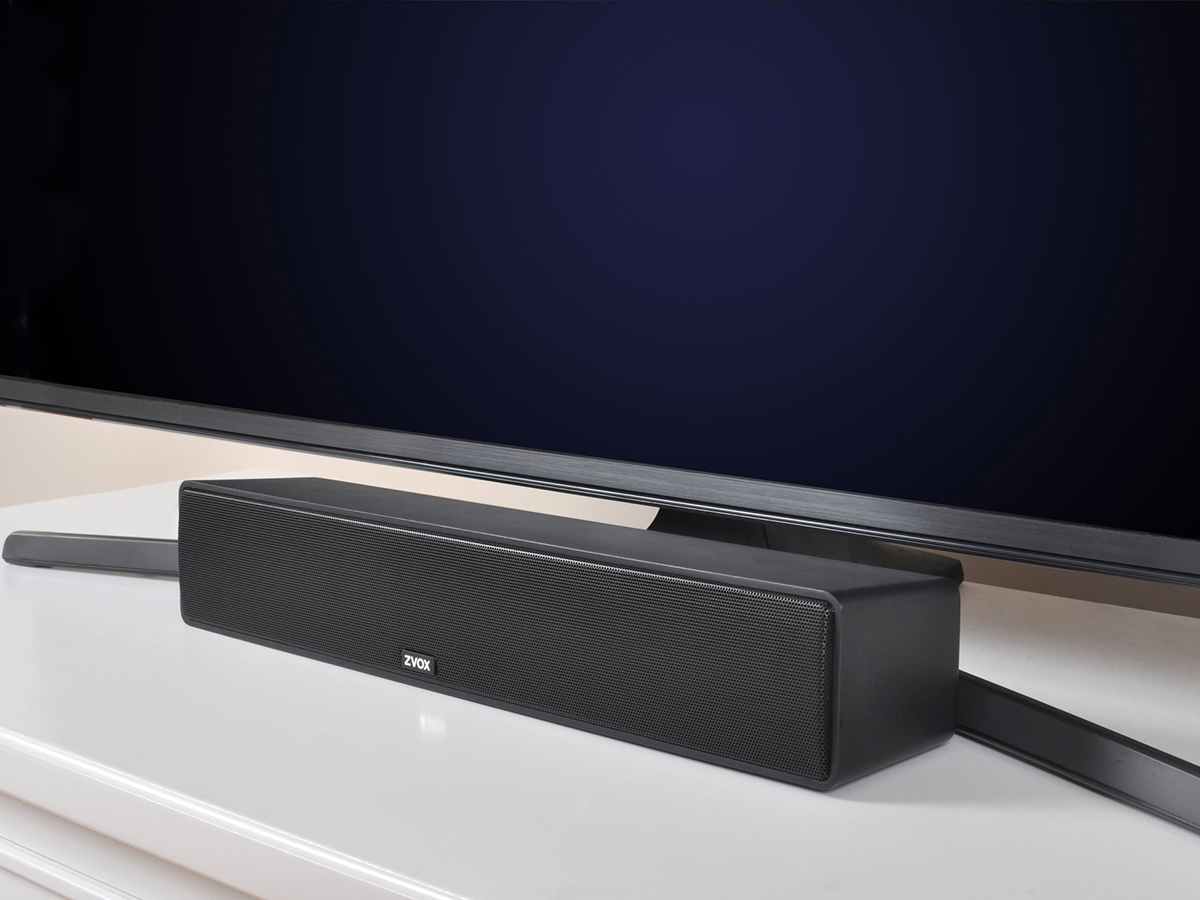 ZVOX has been building an extended catalog of cleverly targeted products, including simple to use soundbars, all-in-one under TV (soundbase) home theater systems and TV speakers. But the ingenious audio company from Swampscott, MA, is mainly recognized now for its Voicebuds affordable hearing aids, and AccuVoice TV speakers, which are all targeted at senior citizens and just about anyone with mild hearing disabilities.

AccuVoice is the company's trademarked name for a patent-pending technology that lifts voices out of soundtracks to make them clear and understandable. AccuVoice works much like hearing aid technology, but uses a much more advanced processor that is capable of subtle manipulation of sound.

This is an appealing proposition for those baby boomers that listened to LOUD music when they were young and are now over the age of 50, representing 95 million people in the United States, many of them have some degree of hearing loss. A clear signal of those disabilities is the complaint that they can't understand voices on TV - so they turn the volume up - which doesn't help because background sounds, music and sound effects all get louder.

While existing systems that claim to make voices more clear mainly focus on equalization, to make certain frequency ranges sound louder than others, ZVOX AccuVoice combines selective frequency compression, consonant-range boost, formant enhancement, minimization of bass output with other proprietary techniques to achieve effective results. These proprietary digital algorithms separate the voices from the rest of the audio information. Voices simply "jump out" of the soundtrack so users can hear them clearly.

The new AccuVoice AV157 TV Speakers uses 12 levels of dialogue boost – 6 stages of AccuVoice boost plus 6 stages of the company's new SuperVoice technology. SuperVoice takes dialogue clarity to a new level by dramatically reducing non-vocal background sounds, generating results that might not be exactly pleasing to content production professionals and much less to Hollywood studios, but which are effective in terms of voice clarity enhancement for those that needed it.

The ZVOX AccuVoice AV157 speaker combines three 2"x3” high-output full-range drivers, a 24 watt Class D digital amplifier, Dolby Digital decoding, and PhaseCue virtual surround processing to deliver improved home theater sound from one small cabinet. In line with the user demographics, it comes with a remote control that uses large buttons with easy to read labels. Connectivity includes one optical digital toslink input, one 3.5mm analog/digital input and one headphone/subwoofer output jack - providing all the simple and most convenient options to connect to any TV, older or modern, and eventually other existing audio components. The 17" wide speaker, which can be used on furniture or wall mounted, also features a bright, easy to read Alphanumeric display. 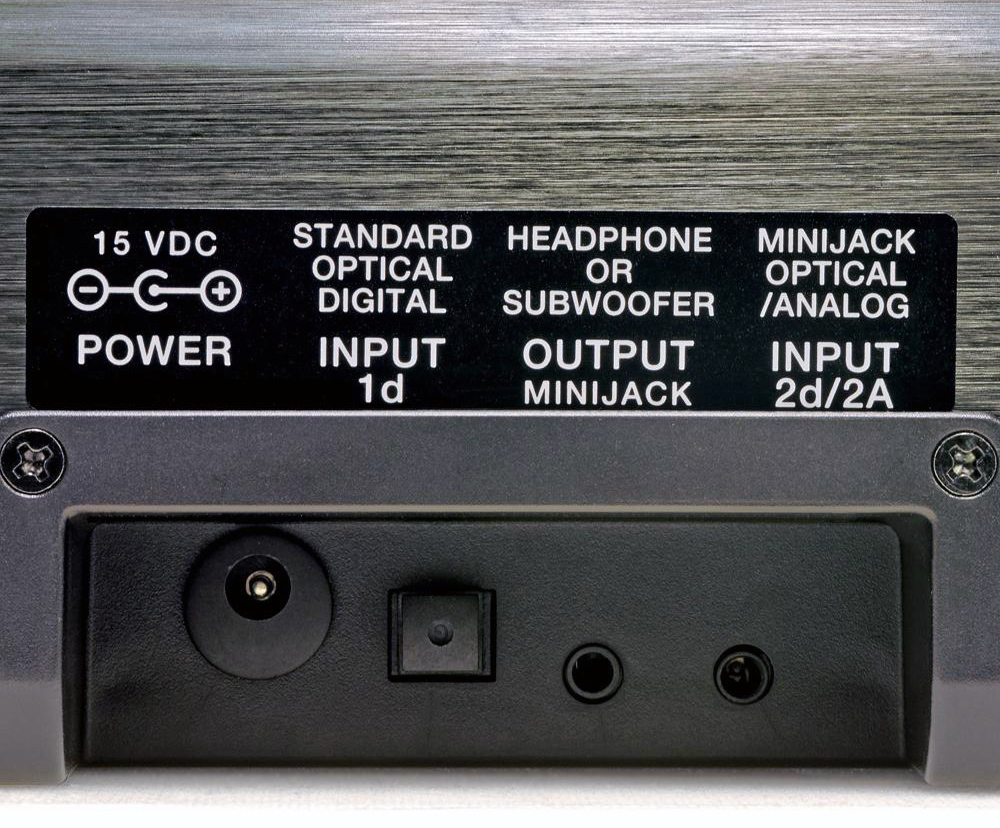 "The best way to understand our SuperVoice technology is to picture a stage," says ZVOX founder Tom Hannaher. "But instead of a row of actors, imagine a row of sounds. Our proprietary AccuVoice technology, that we introduced in 2016, clarifies voices and brings them forward on the stage. Our SuperVoice technology takes the other sound effects into the background – 'pushing them backstage' – so they don't interfere with voice intelligibility."

"With 12 levels of dialogue clarifying technology," Hannaher adds "the AV157 is perfect for people who have no hearing issues at all (but want better sound than what you get from a flat-screen TV) and it's also beneficial for people with fairly serious hearing issues. It is an extremely smart, versatile product."

In addition to the 12 levels of dialogue boost, the AV157 also includes ZVOX's new "Alexa Ready" feature which allows a user to connect an Alexa Echo device to Input 2 and use it while listening to TV programming. For example te user can be watching a football game and ask Alexa for the score of another game. The AV157 automatically turns down the sound of the football game long enough for the user to hear Alexa's response through the speaker, then automatically turns up the soundtrack for the game. 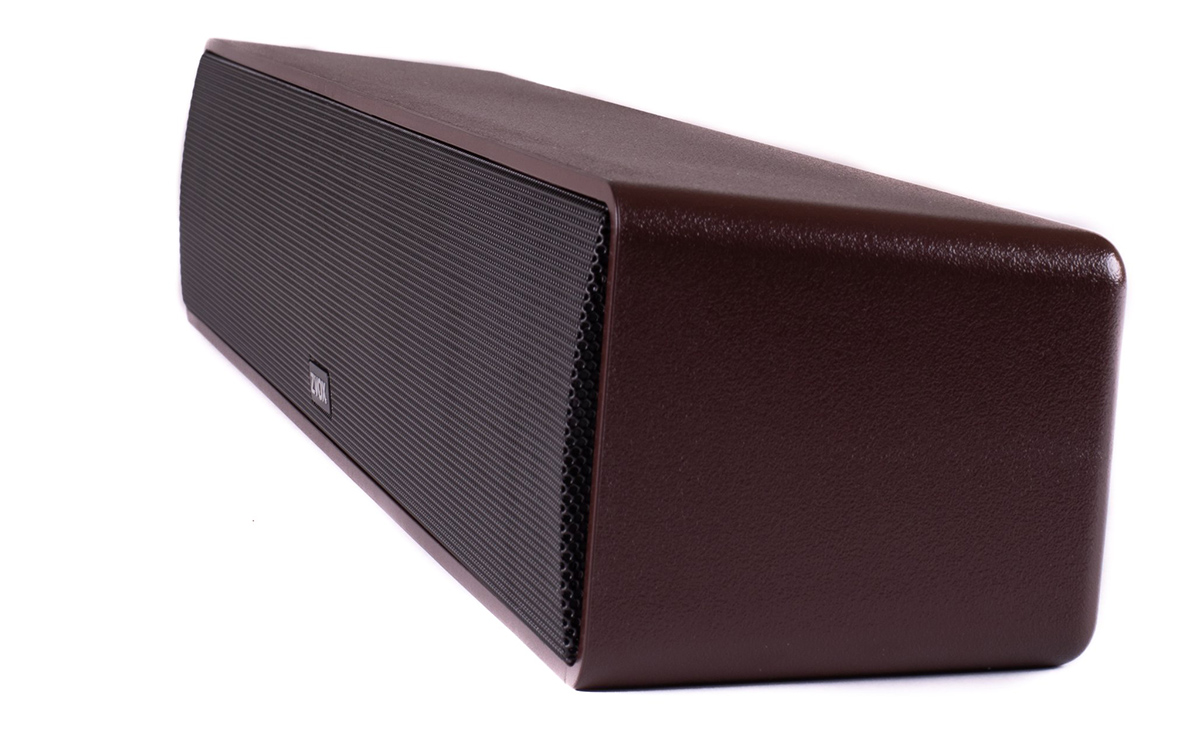 Priced at $299.99 the AV157 is available in three color choices at ZVOX.com, Amazon.com and Walmart.com.
https://zvox.com
related items