Yamaha Commercial Audio sponsored the 52ndAudio Engineering Society (AES) Conference, which was held at the University of Surrey, Guildford, UK. Yamaha gave a comprehensive demonstration of the recent Active Field Control system (AFC3), which attracted a lot of positive attention. … 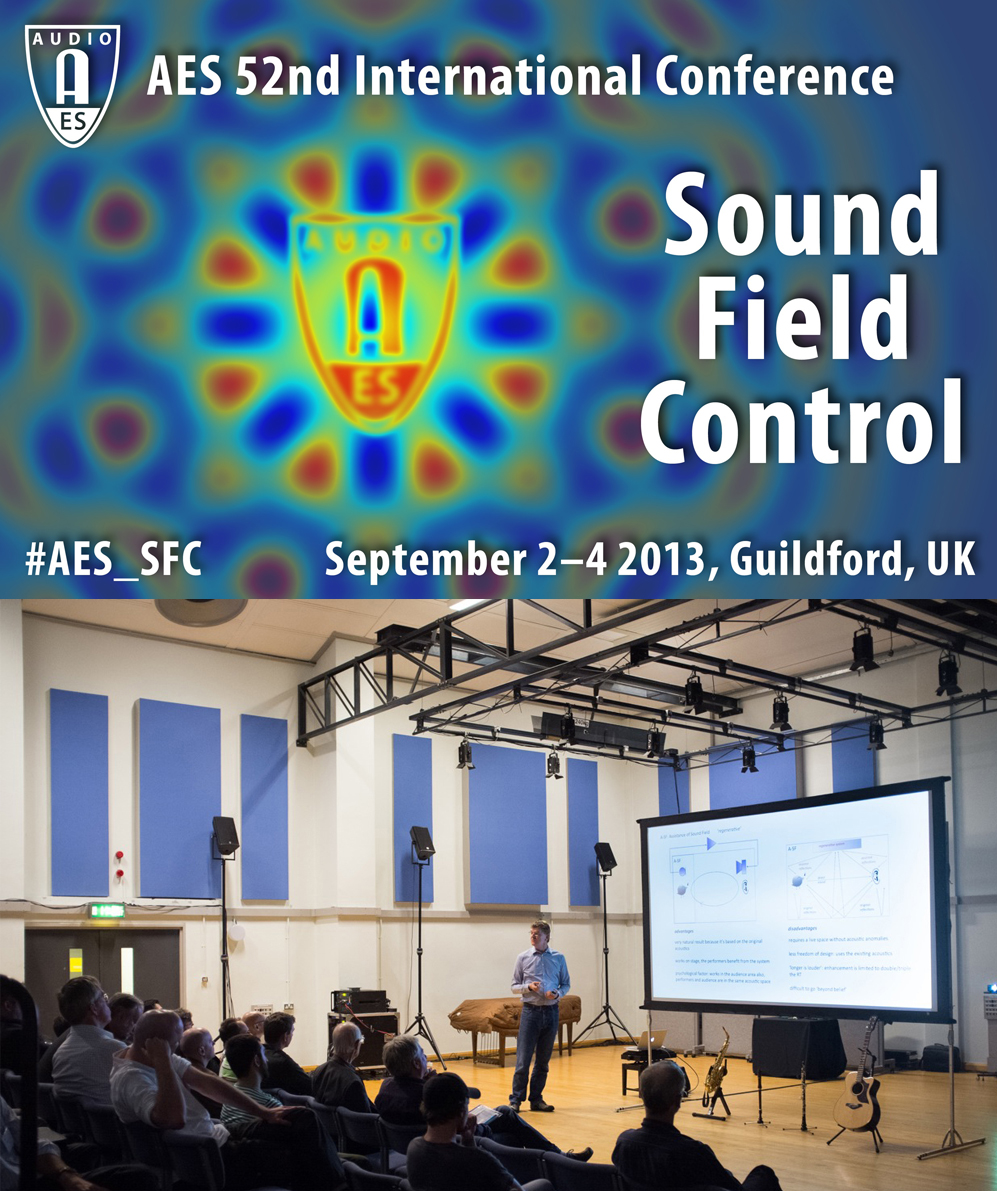 Yamaha Commercial Audio sponsored the 52ndAudio Engineering Society (AES) Conference, which was held at the University of Surrey, Guildford, UK. Yamaha gave a comprehensive demonstration of the recent Active Field Control system (AFC3), which attracted a lot of positive attention.

The demonstration, “Sound Field Control,” was attended by around 80 delegates from across Europe and further afield. All were engineers and developers in sound field modeling, from a wide range of application areas. Many attendees also teach acoustics to university students. Yamaha’s team at the event included Ron Bakker from Yamaha Commercial Audio Systems Europe, Andy Cooper and Tim Harrison from the Yamaha Commercial Audio Support Centre in London, and Takayuki Watanabe from the Spatial Audio Group at Yamaha Corporation, Japan.

Harrison and Cooper built up a temporary AFC3 system in Studio 1 of the University’s Performing Arts Technology Studios (PATS) and Watanabe oversaw the system’s tuning. Demonstrated throughout all three days of the conference, the system generated universally positive reactions from the delegates.

Cooper provided a live sound source courtesy of his talents on saxophone and oboe. The team presented detailed measurements and the audience was able to hear the results for themselves.

Francis Rumsey, Conference chair, was pleased to welcome Yamaha as a sponsor. “It was great to hear the acoustics of Studio 1 at my former university enhanced with the system and to hear Ron’s interesting exposition of the history of reverberation enhancement systems,” he said. “I remember teaching my students about the early Assisted Resonance and MCR systems in first year acoustics, and I heard one of the original Yamaha systems at their London R&D center, probably about 20 years ago. So it was fascinating to hear how the technology has moved on today.”

AFC3 is an acoustic conditioning system designed to adjust and enhance the architectural acoustic characteristics of facilities (e.g., performance arts venues, houses of worship, theaters and concert halls) while maintaining the space’s natural sonic characteristics. A cost-effective alternative to mechanical means of modifying room acoustics, it is a truly scalable solution. Reverberation changes can be made at the push of a button, enabling the performance environment to be almost instantly adjusted. AFC3 can deliver the same high-quality sonic experience to every performer and audience member. For more information, visit www.yamahaproaudio.com.