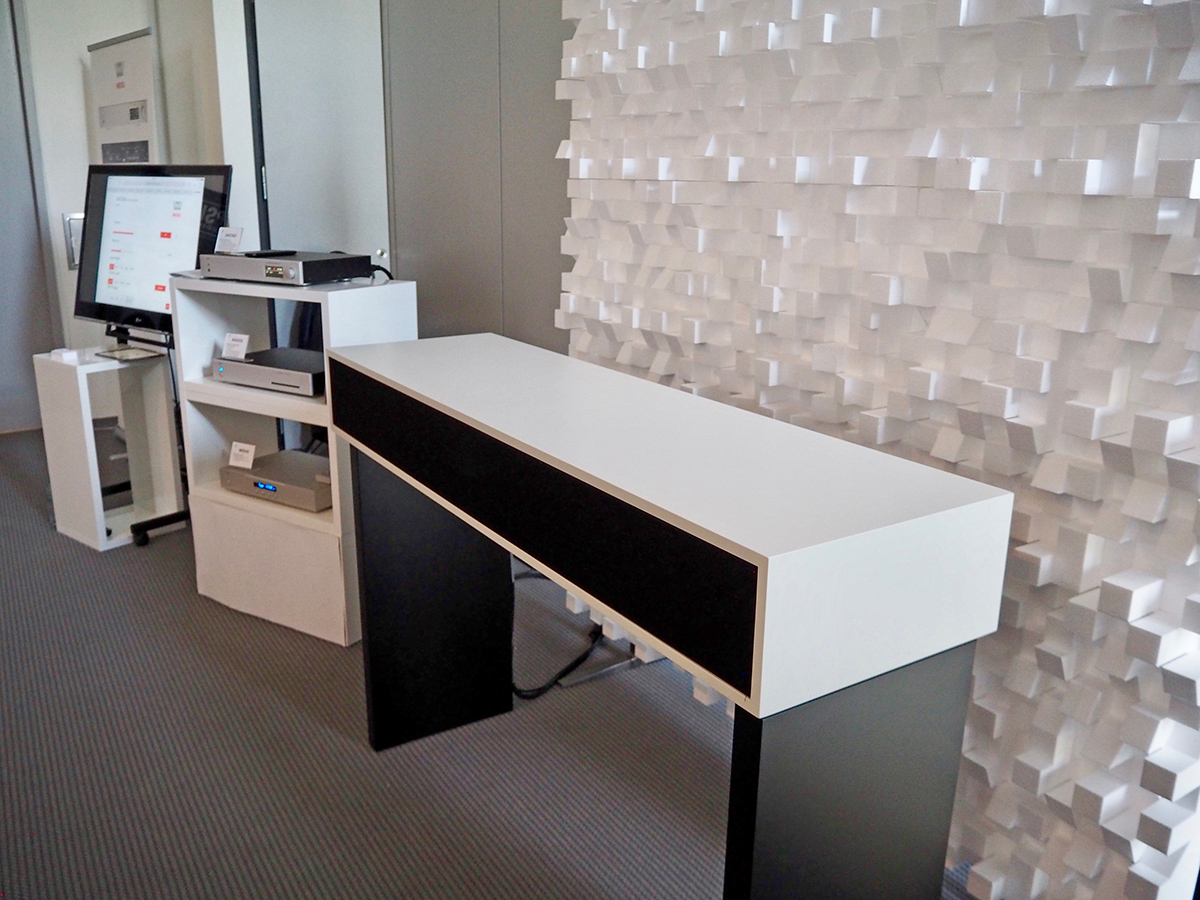 audioXpress attended a demonstration on the first day of the 2017 High End show in Munich. For the demonstration, listeners are required to stay in a single row to better experience the generated sound field with crosstalk cancellation. The music plays and the magic happens, creating a believable soundstage with the speaker source virtually disappearing. It’s not like an immersive sound experience where sound surrounds you. This is a fully musical experience where you hear a wide stage in front of you. You hear the instruments sources positioned in a stereo or binaural field, and all this happens from a single speaker (yes a large one…), with no need for headphones. And yes, you can move your head freely and just enjoy the music experience. On a personal note, I would have wanted the volume raised a little to make it truly believable, as though you the musicians are playing for you, in front of you, but understandably the demo room conditions with neighbouring demonstrations would not allow it. Otherwise, the Weiss LiveBox sounded like a top notch speaker, clean and realistic in the full frequency range, with impressive lows. And we know this is still a work in progress.

As Daniel Weiss, owner and president of Weiss Engineering explains, “the so called binaural technology, which is the base for the LiveBox, has a long history. Decades ago many live or radio drama recordings have been made using a dummy head microphone. This head has microphones built into its ears, which allow to record an event in a similar way a listener would hear it. The idea now is to bring the two recorded channels unchanged to the ears of a listener. The left channel shall go to the left ear only and the right channel to the right ear only. This means there must not be any crosstalk from left to right or right to left.” 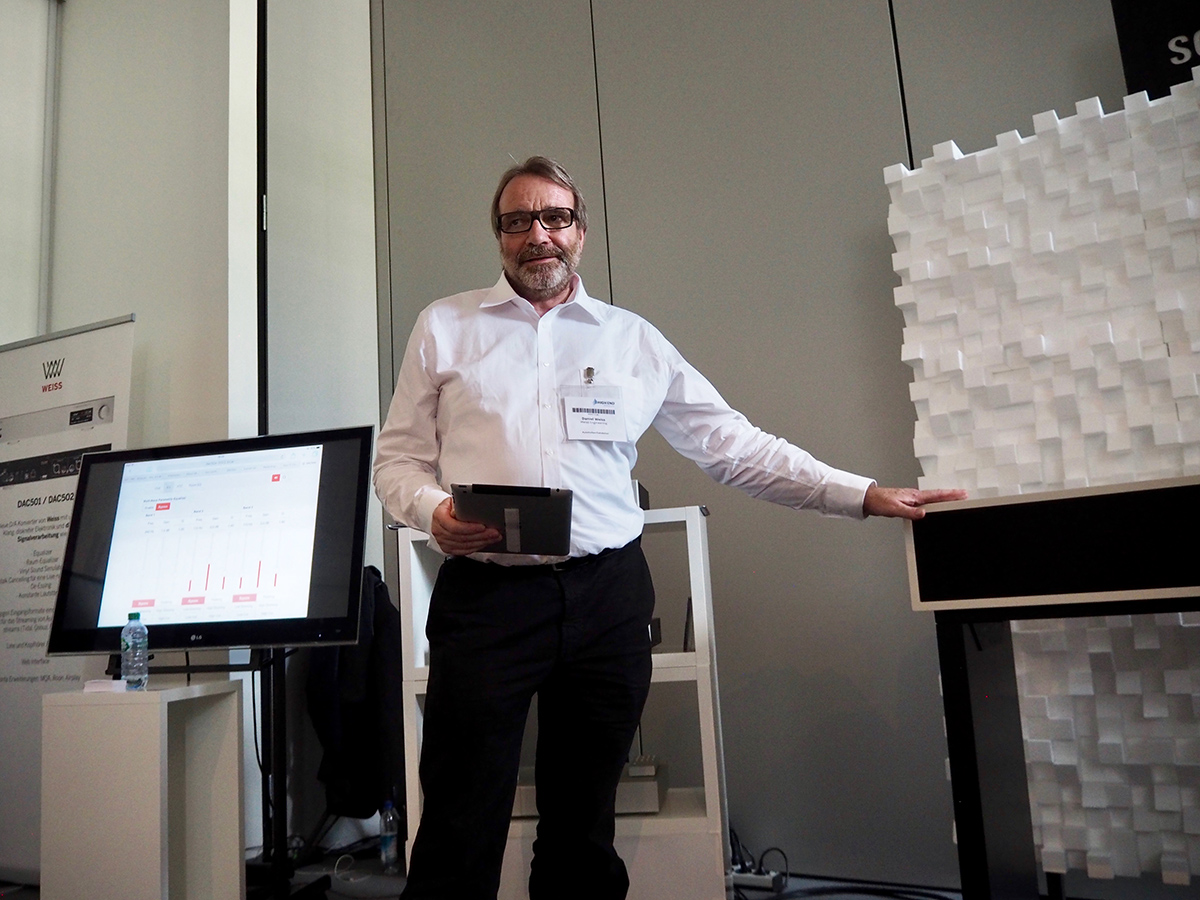 “With such a setup it is possible to reproduce the recorded live event with incredible realism. A headphone allows to convey the signals to the ears without any crosstalk. Only, the headphone based playback got other problems, causing such a playback of a dummy head recording often to be unsatisfying. If it would be possible to play back the recording via speakers then the headphone related problems would be gone. With speakers there are strong crosstalk components present though. This is exactly what a «Crosstalk Cancellation» (XTC) speaker tries to avoid. With a clever signal processing this can be achieved to a certain degree. The result you can hear with our LiveBox.”

According to Daniel Weiss, the name LiveBox was an obvious choice since “the playback of live recordings is very impressive with the LiveBox”, he adds. “The acoustics of the recording venue is reproduced in a 3D manner. The musical instruments can be clearly located on a 3D stage. Even studio recordings can be enhanced with an XTC based playback system.” 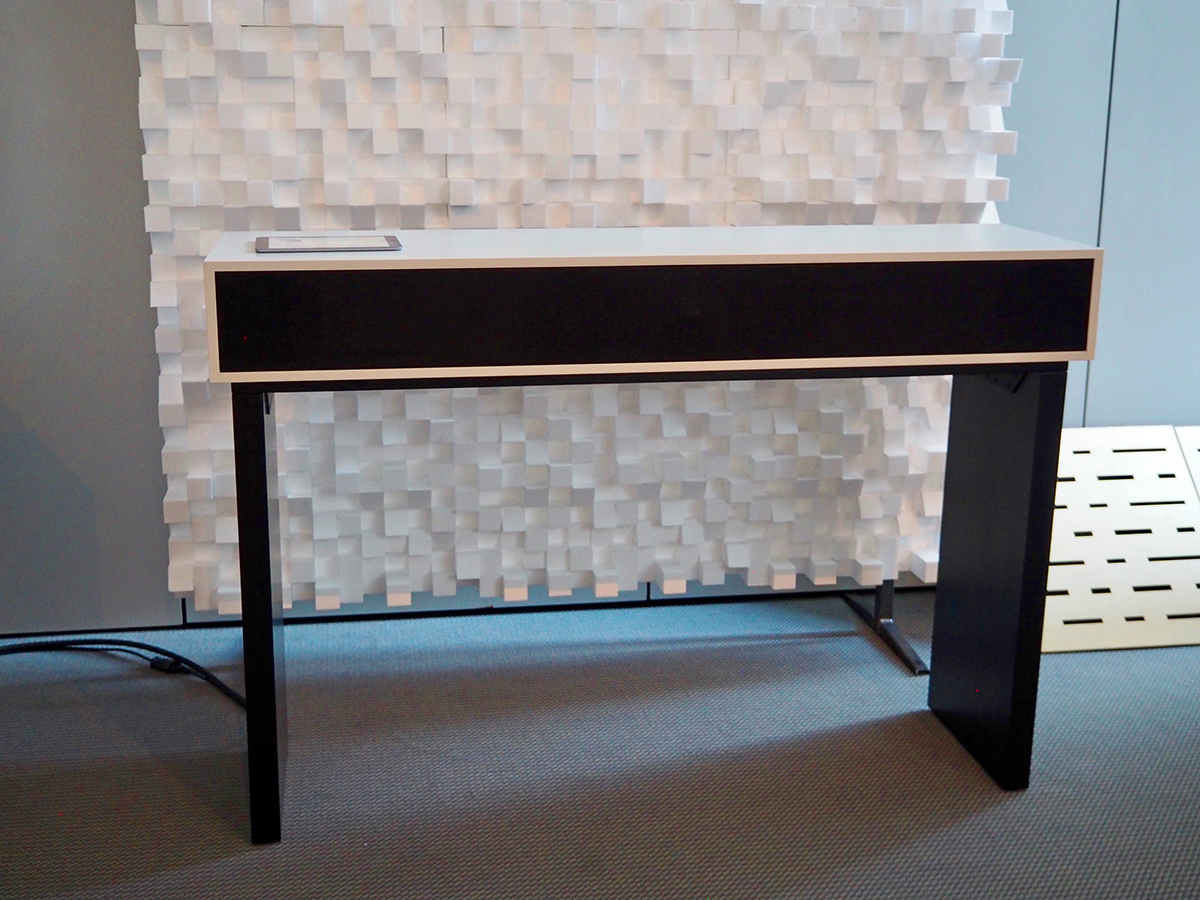 The Weiss LiveBox system was designed to be an “all-in-one” audio system. It includes D/A and A/D conversion, signal processing and power amplification. It just needs to be connected to an Internet service and/or a NAS storage device. The design results from a cooperation with Swiss companies PSI Audio, a speaker manufacturer, and Illusonic, an audio algorithm designer company. Plans are to release the LiveBox later in 2017, and estimated retail price should be close to $20,000 euros, with a few optional add-ons being considered on the processing side, including room equalization.

Currently, the electronics under consideration for the LiveBox system are exactly the ones featured on the new generation of Weiss D/A Converters – the DAC501 and DAC502 signal processing D/A Converters - launched at the Munich show. “With the DAC50x we are creating a new paradigm for what used to be a black box device. A typical D/A Converter is a “set and forget” device. Not so with the DAC50x. It adds a number of interesting signal processing features and sports a variety of digital inputs including Ethernet for UPnP streaming. Balanced, unbalanced and headphone outputs are provided. Weiss Engineering has a 30 year history in D/A Converter design. In that time span we have learned a thing or two about converter design. The DAC50x is the essence of our experiences.” 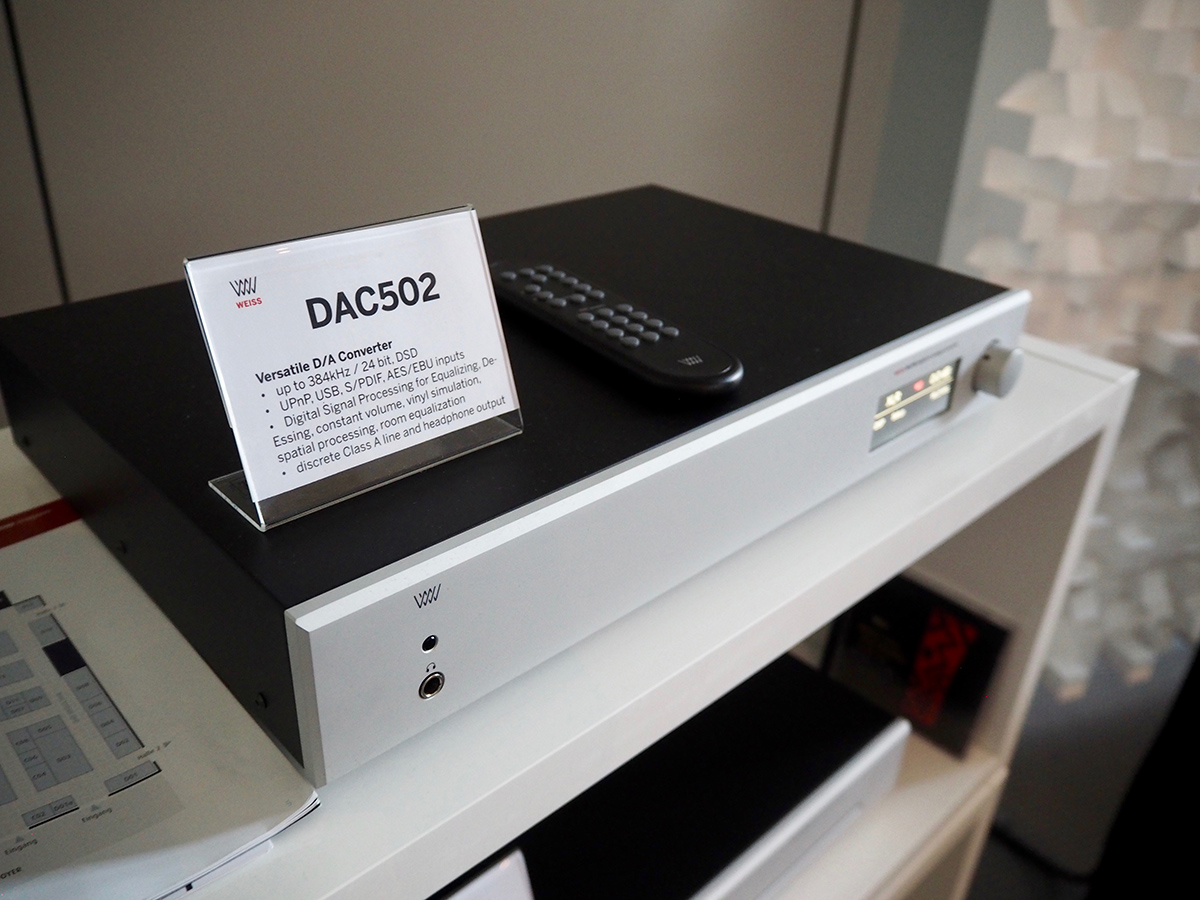 The signal processing algorithms in the new DAC50x converters include the Creative Equalizer, a tone control with low boost/cut, high boost/cut and mid boost/cut; De-Essing, for automatic removal of overly bright sibilances from human voices; Constant Volume, for adjusting loudness) to a constant value across all tracks played; Vinyl Emulation, to induce the special sonic character of a record player based playback chain; and finally Crosstalk Cancelling (XTC) and Out Of Head Localization algorithm for listening via headphones.

The DSP algorithms can be different depending on which output is selected (line or headphone). Roon and MQA support are also on the “to do” list and will be implemented with future firmware updates. The DAC50x is operated via the rotary encoder control on the faceplate, the touch sensitive colour LCD display or the IR remote control. Additional settings can be done via a web interface from any computer, in the same way as the new LiveBox system, with a very elegant and fast interface, ideal for tactile control with an iPad.

The Weiss / PSI Audio LiveBox speaker and the new DAC50x converters can be heard until this Sunday 21, on Room K2A (close to Hall 1, ground floor) at the 2017 High End Munich show.
www.weiss.ch
related items