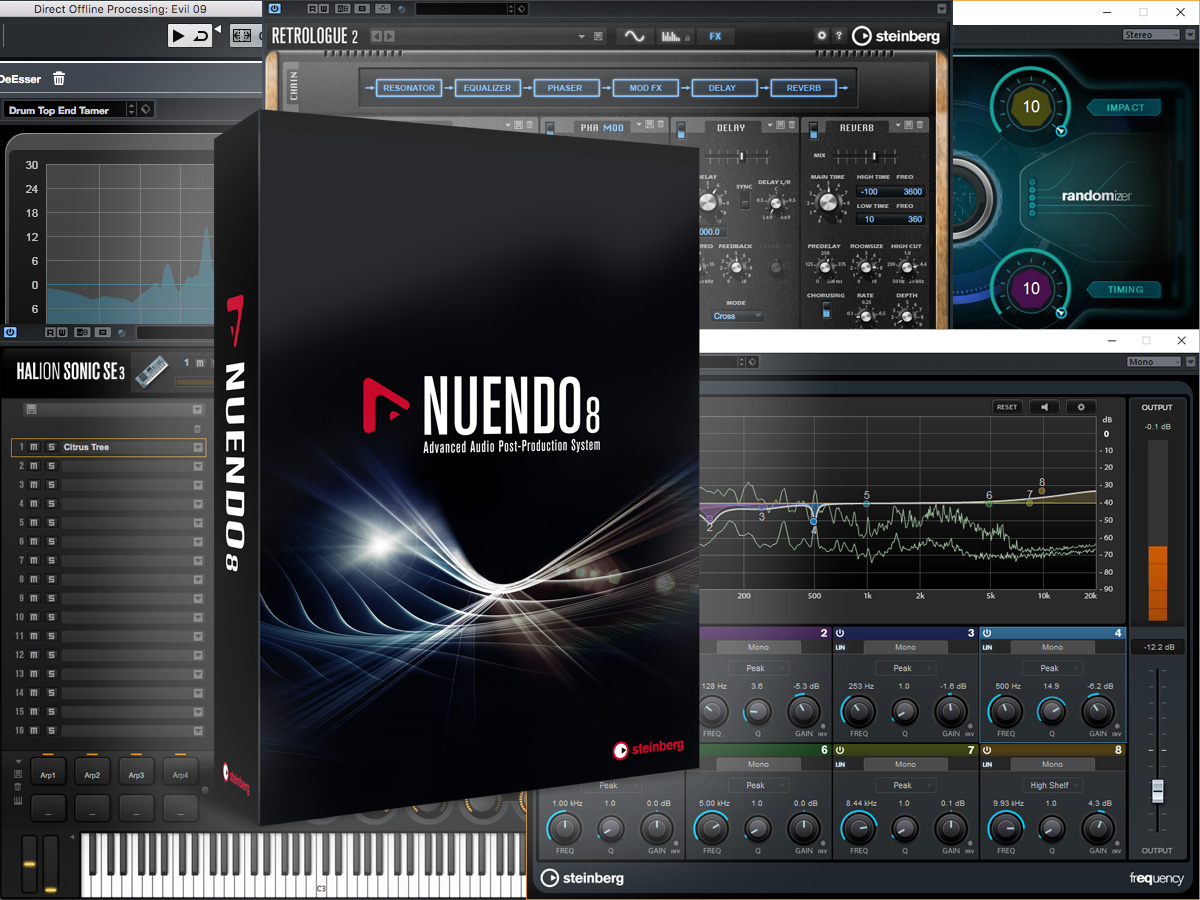 The highly anticipated eighth iteration of Nuendo was first announced at the Game Developer Conference in San Francisco earlier in 2017. The latest version of Nuendo 8 contains many exciting new tools and capabilities alongside its powerful feature set. First and foremost is Game Audio Connect 2 that transfers entire music compositions from Nuendo to the Wwise middleware while including audio and MIDI tracks along with cycle and cue markers.

The newly introduced Sampler Track allows users to drag and drop audio samples from the MediaBay into it in order to easily play and manipulate the samples. Also new to the table is the virtual-analog Retrologue 2 synthesizer, the second version of a VST instrument pertaining to the included set of features that was previously available as the NEK (short for Nuendo Expansion Kit).

Other highlights are the User Profile Manager, HALion Sonic SE 3, the newly developed video engine, ADR enhancements, new effects processors, such as the eight-band fully parametric Frequency EQ, a fine selection of sounds taken from the 2017 Hybrid Library by Pro Sound Effects and much more.

The new Profile Manager in Nuendo 8 allows users to easily store and recall their own program settings and preferences, including keyboard shortcuts, color schemes and more. This allows easy switching between different settings or migrate personalized custom Nuendo environments to another studio running Nuendo 8. 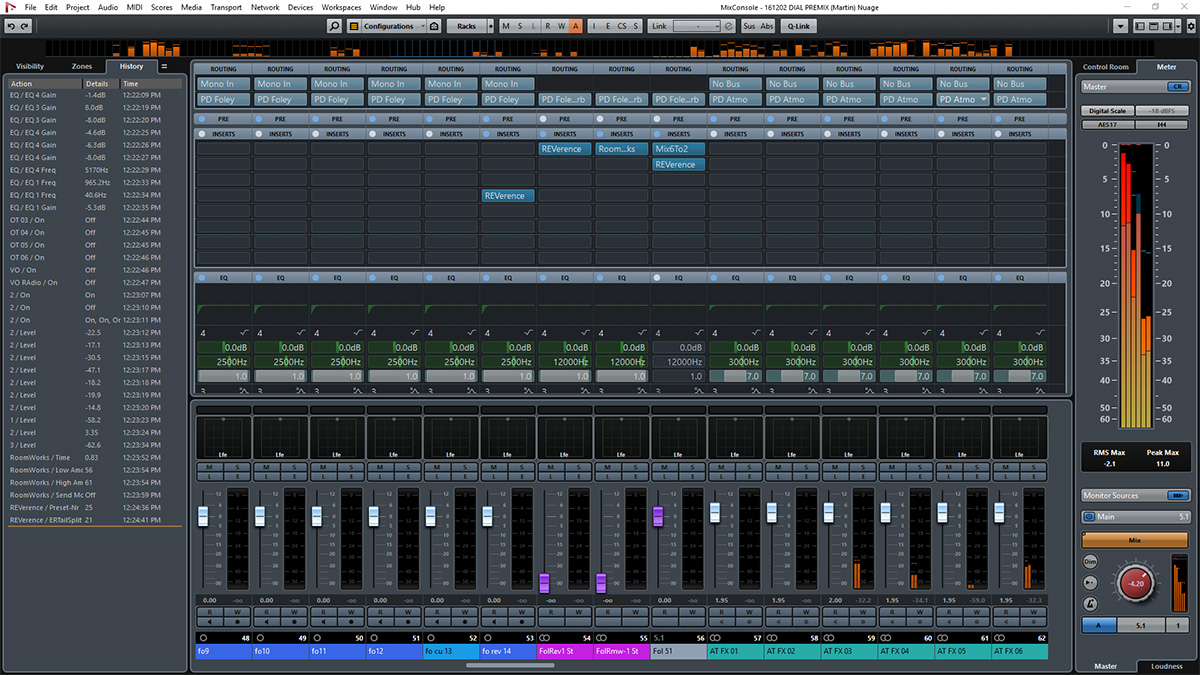 MixConsole History is one of the most important features in Nuendo 8 and allows users to compare different mixes with just one mouse click. It’s a great new feature that tracks all changes made in the MixConsole and easily lets users choose several stages of the mixing process just by selecting them from a list. This means users are able to experiment freely with the mix that better suits a project. Also, the new Audio-Ins option offers the opportunity to send audio to VST 3 instrument plug-ins supporting side-chaining, which increases all creative sound design possibilities tenfold. Also in mixing for immersive formats, the VST MultiPanner in Nuendo 8 not only supports Dolby Atmos, but can now also be used for mixing Auro-3D. The MixConvert V6 of Nuendo 8 is capable of up and downmixing Auro-3D mixes. Dolby Atmos 9.1 beds can be converted to Auro-3D and vice versa.

Among all the new plug-ins and effects, the new Frequency EQ plug-in is one of the best new tools, including eight frequency bands, M/S support and Linear Phase mode for each band, Auto Listen to listen in on the adjustments made, Spectrum Display and even a musical keyboard to help users find the right tone.

Nuendo 8 also includes a whole series of new ADR features such as Remote-ADR ready and automatic speech alignment, which will be gradually introduced via software updates later in the year.
For a detailed introduction to Nuendo 8, Steinberg is inviting Nuendo professionals to join the workshops to be hosted these upcoming months in many parts of the world.

Refer to www.steinberg.net/nuendo8worldtour for the current schedule on Nuendo 8 workshops worldwide.

The Nuendo 8 full retail version is available from resellers and through the Steinberg Online Shop. The suggested retail price for Nuendo 8 is $2,100.00, including shipping. Various downloadable updates are exclusively available through the Steinberg Online Shop. Users who have activated Nuendo 7 or previous versions since May 10, 2017, are eligible for a free, downloadable Grace Period update to the latest version.
www.steinberg.net
related items