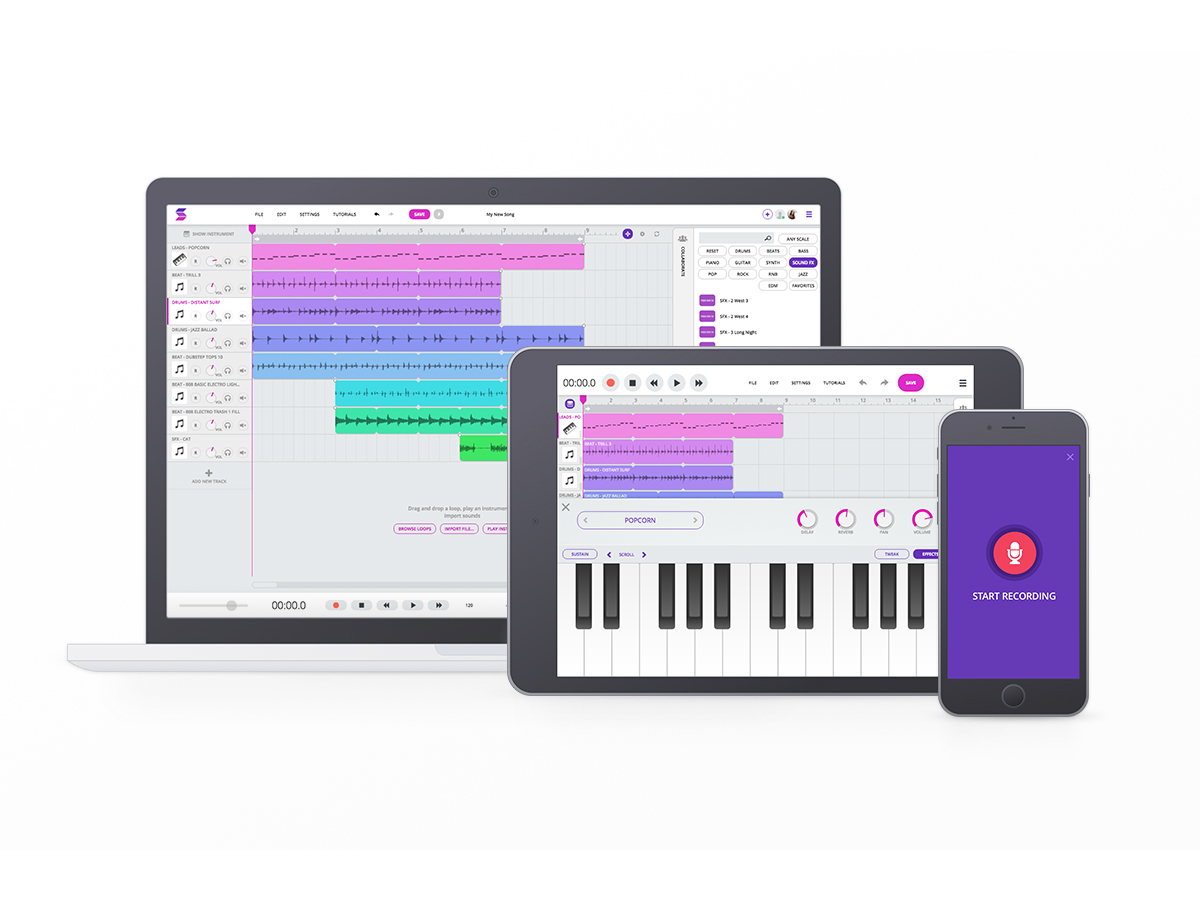 Soundtrap is a cloud-based audio recording platform, enabling users to collaborate and create music and audio anywhere in the world. Headquartered in Stockholm, Sweden, and Silicon Valley, the innovative online music and audio recording studio company recently raised $6 million USD in funding to accelerate product development and to bring its popular cloud-based platform to new markets. The Series A round was led by Nordic VC firm Industrifonden, with participation from existing owners and additional new investors including Peter Sterky, former CFO and COO of Spotify.

Soundtrap is not the first in this space, but it certainly is one of the easiest-to-use cloud-based music making platforms, enabling collaboration between people from anywhere in the world on a multitude of devices across iOS, Android, Chromebook, Mac and Windows platforms. Since its launch in June 2015, Soundtrap has seen exponential growth and has been organically adding multiple thousands of new users per day. It expects to reach a million users before the end of 2016. The company also rolled out an education version of its product at the start of 2016, and is now attracting more than 200 new schools every week around the globe, primarily from US, Europe and Australia.

“Our vision is for Soundtrap to be the go-to platform for everyone, everywhere, to collaborate around music making and creative audio production across any device. As we enter new markets in the education and consumer sectors, we have our sights set on accelerating our first mover advantage in product and business development. We recently signed a North American distribution agreement with SYNNEX Corporation, a leading technology solutions distributor, becoming the first and only music education solution within SYNNEX’s portfolio, ” says Per Emanuelsson, co-founder and CEO, Soundtrap. 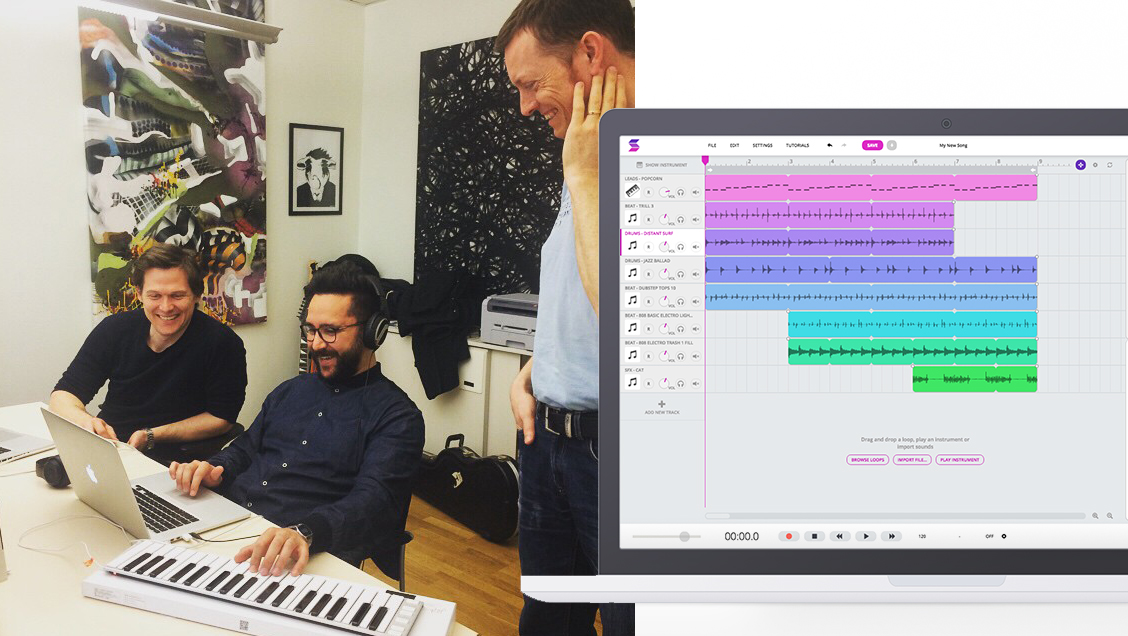 Founded in 2012 in Stockholm, Sweden, the music-tech capital of the world since ABBA, Soundtrap is also an official Google for Education Partner and is one of three companies selected for Google’s “Creative Apps for Chromebook” bundle, a program launched by Google in June 2016. It makes sense, since online music collaboration could be one the few ways to convince a new generation of users to actually spend money on storage-deficient computers running Chromebook - a decisive (and so far highly unsuccessful) attempt by Google to solve the mess they created with Android fragmentation and lack of any basic security features on the operating systems they continue to promote.

Fortunately, Soundtrap online applications run great on Windows 10, iOS and Mac OS platforms and devices and the interface is able to fully explore the different level of hardware resources available on smartphones, tablets and laptops and desktop computers alike. This is not yet a fully-featured DAW software like Steinberg or Avid can offer with their online collaboration modules inside Cubase or Pro Tools. Soundtrap does not yet support VST plug-ins, for instance, and audio recording interface support is limited on Google’s platforms and too slow on Windows machines. Real time monitoring during recording is only possible on iOS and Mac OS. Also, due to bandwidth restrictions, Sountrap only works well with heavily compressed formats like .mp3, .mp4, .m4a, .ogg and .aac, even though users are able to use .wav locally if their hardware is powerful enough. Anyway, those are temporary restrictions that will gradually disappear with the introduction of more powerful platforms and 5G mobile networks, for instance.

“We’re very excited about Soundtrap. The company has a stellar team that has developed a technologically advanced product with an interface loved by its users - for which there is a grand vision. Now, music and sound creativity can be unleashed amongst groups that until today have been limited and deterred by complex and complicated solutions,” says Malin Carlstrom, investment manager at Industrifonden.

This funding round brings Soundtrap’s total funding to $8.5 million USD. Other investors of the company include Swedish producer and composer Andreas Carlsson; Truecaller founders Alan Mamedi and Nami Zarringhalam; Linus Andreen and Aristotracks; and financial investors from Scandinavia and the United Kingdom. Hansen Law acted as legal advisors to Soundtrap during the financing.
www.soundtrap.com 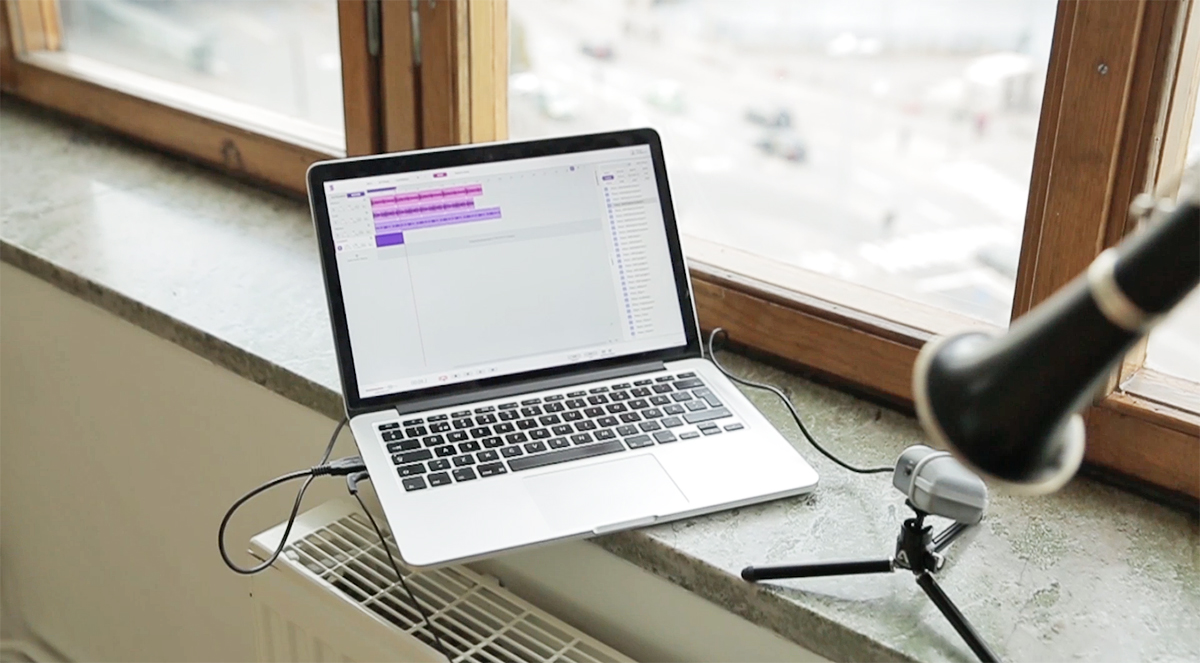