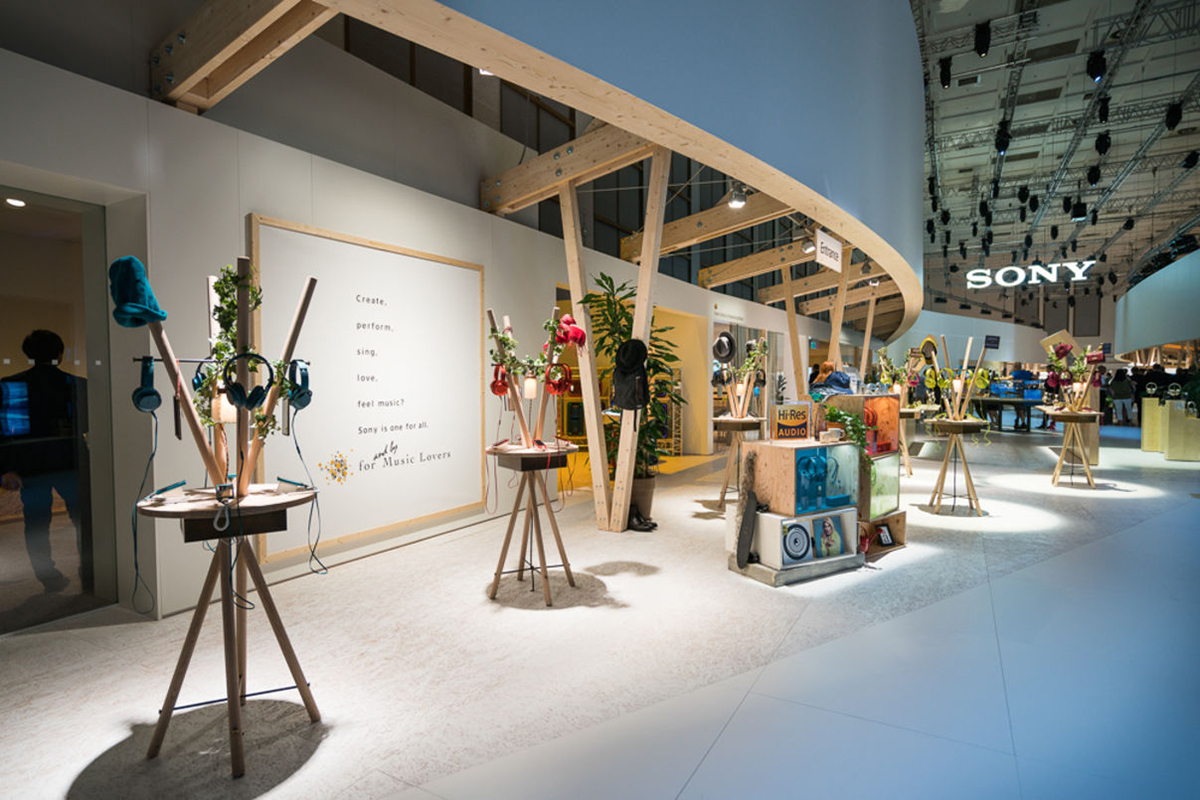 At the IFA consumer electronics show in Berlin, Germany, Sony unveiled its new lineup of products, with a surprising focus on audio, given the company’s traditional preponderance on imaging solutions. Sony's philosophy of “inspiring and fulfilling your curiosity and moving you emotionally,” was restated during Sony’s press conference on September 1, before the show opened. Sony’s President and CEO Kazuo Hirai introduced the company’s newest audio lineup as an example of its dedication to creating more compelling and differentiated products. He touched on the PlayStationVR virtual reality (VR) system, and went on to elaborate on various initiatives as Sony continues to identify opportunities for innovation within consumer electronics, such as the Seed Acceleration Program, Life Space UX, AI and robotics. He remarked, “We want our products to be at the ‘last one inch,’ at the closest point to you. Our relevance to you lies in continuing to offer emotional value through a wide range of products which are intimately involved in enhancing what you see, hear, experience and enjoy.”

Hideyuki Furumi, Sony Mobile Communications EVP in charge of Global Sales & Marketing, then took the stage to unveil the new flagship smartphone in the Xperia X series and discuss the advances made in Xperia Smart Products, which also include Sony’s take on truly wireless earbuds with the Xperia Ear. Sony’s take on hearables shows the truly wireless audio technology not yet ready for mainstream, the reason why the company is focusing the concept on communications and personal assistants, rather than the listening experience. A reason why Hideyuki Furumi only used one earbud during the presentation, which confirmed the concept will be able to recognize voice and gesture commands. Sony said that its in-ear and hands-free Xperia Ear Smart Product will be available from November 2016 starting in select markets. 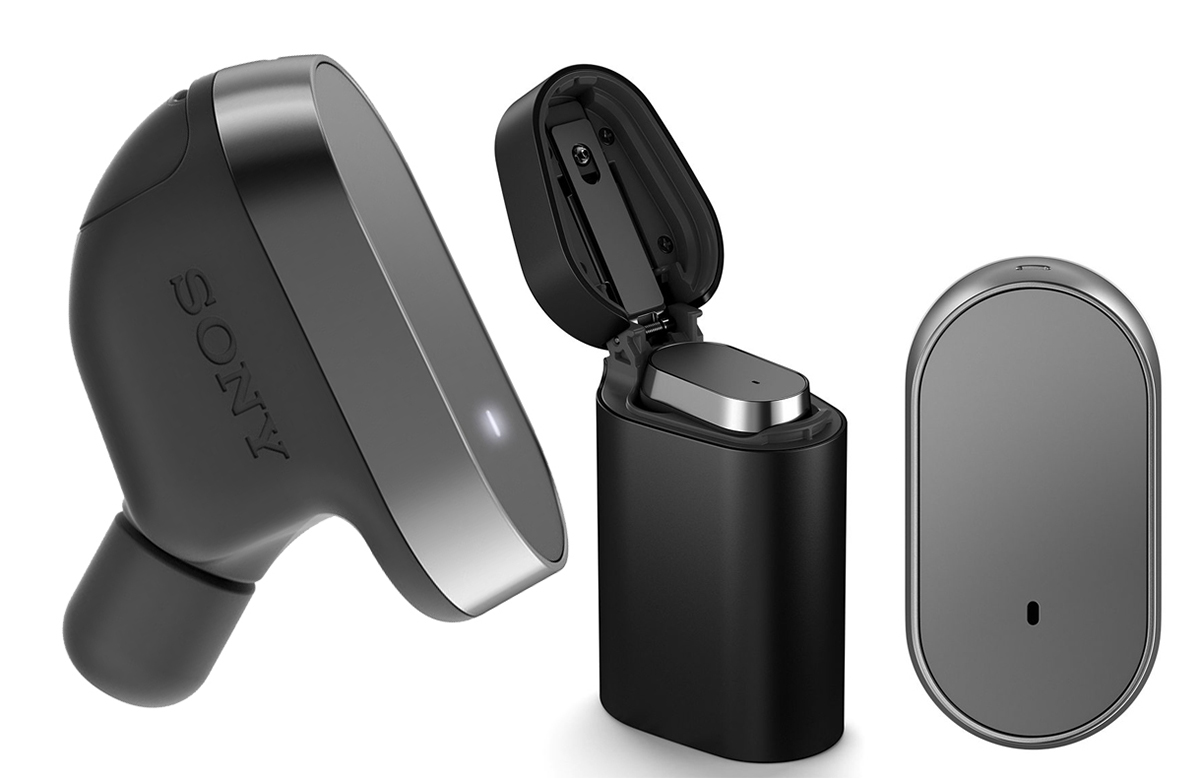 Additionally, Sony displayed an array of new audio products at its IFA booth. This includes an Hi-Res high power home audio system (model MHC-GT7DW), two wireless Extra Bass headphones for sports use (models MDR-XB80BS and MDR-XB50BS), and a NW-A30 series Hi-Res Walkman that boasts improved ease of use with its 3.1” touch screen. Sony is also showcasing an Ultra HD Blu-ray player prototype for the first time.

MDR-1000X Wireless
At IFA 2016, Sony Electronics announced the MDR-1000X premium wireless headphones, which the company says have “industry leading noise cancellation performance, offering the most responsive cancellation of ambient sound frequency range on the market.” That would probably be true if it wasn’t for the fact that both Harman (JBL/AKG), Sennheiser and even Bose have recently introduced new noise-cancelling headphones with improved technologies and performance, as well. 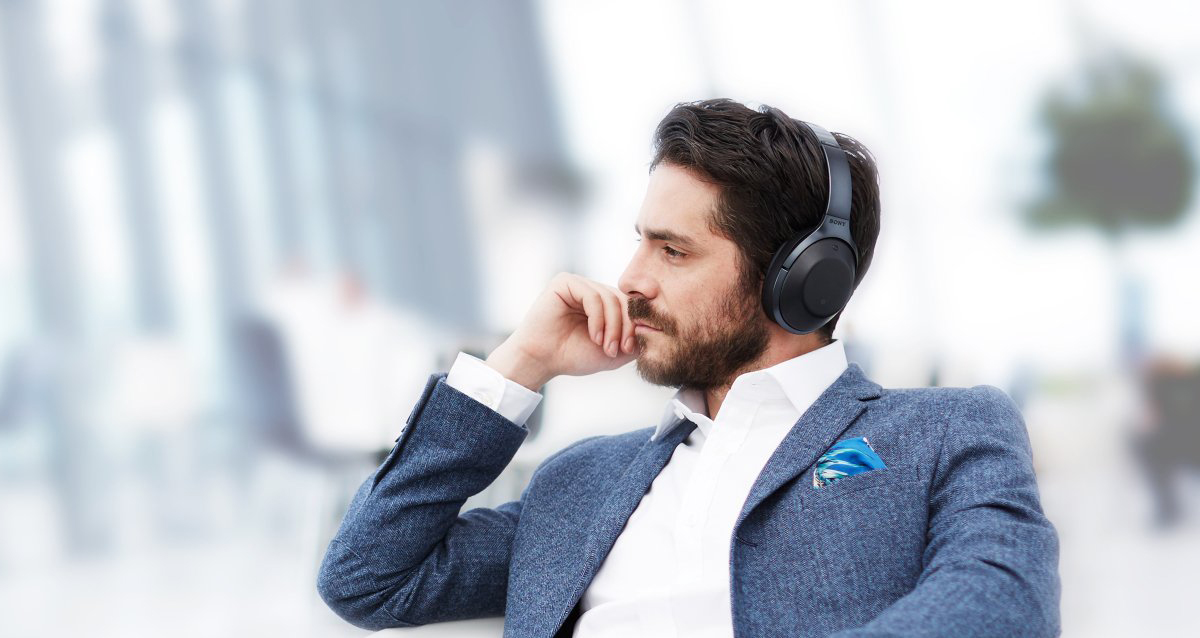 “The MDR-1000X are not just Sony’s best-ever noise-cancelling headphones,” says Dunja LaRosa, Director, and Head of Mobile Audio at Sony Electronics. “They are also great looking, and most importantly, fantastic sounding headphones worthy of the Sony name and tradition.”

The MDR-1000X is the new flagship of Sony’s noise cancelling headphones lineup. A number of advancements have been put into these headphones, such as the signal processing to pursue the best noise cancelling performance with upgraded filtering process, optimized dual noise sensor technology, and newly developed ear pads. Sony says these advancements provide a secure noise isolation when combined with a personal NC optimizer that tailors the noise cancelling performance for individual ears. The headphones analyze the shape of users’ heads and their wearing style (such as hairstyle and wearing glasses or not), providing a customized noise-cancelling experience. This personalized listening experience is realized by Sony’s newly developed Sense Engine, using its latest audio signal processing and analyzing technologies. 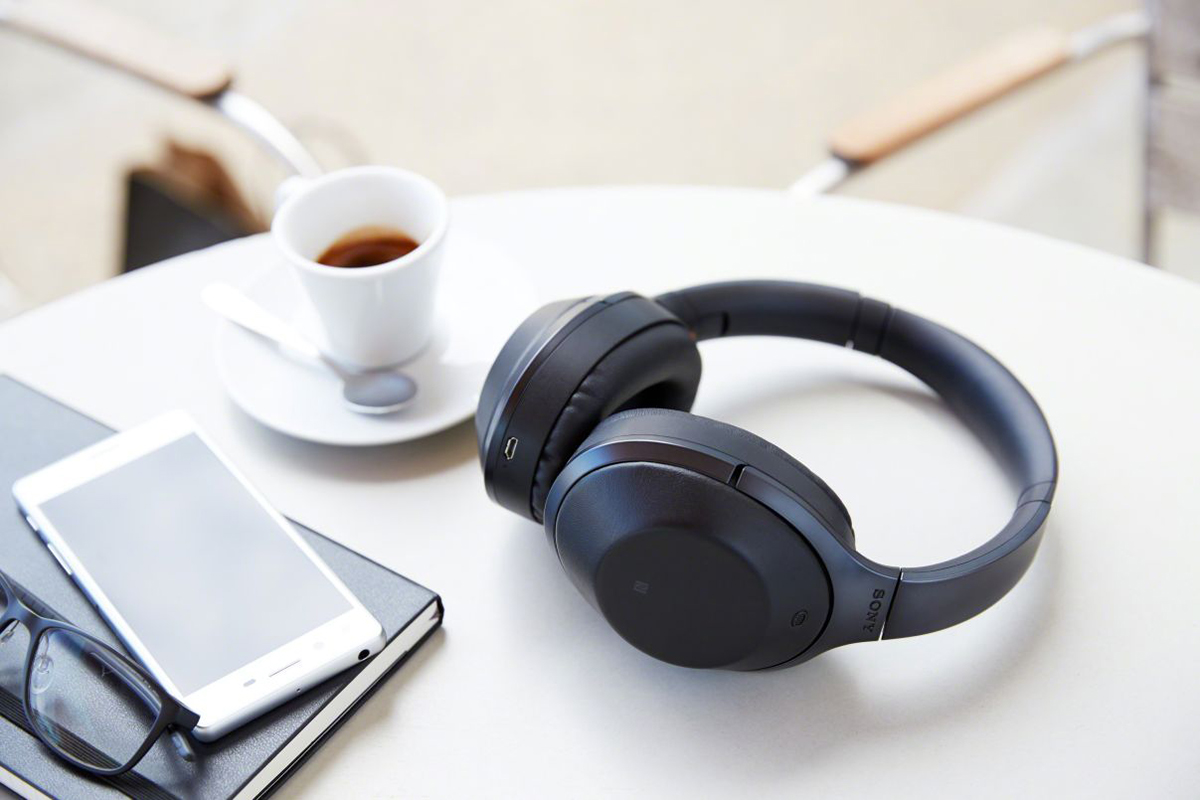 The MDR-1000X supports Hi-Res Audio playback with a wired connection and can be combined with Sony's S-Master HX audio amplifier that supports Hi-Res to maintain the purity of the original signals. And for the best possible wireless performance, Sony's exclusive LDAC compression technology delivers audio at three times higher quality than conventional Bluetooth streaming. When listening to compressed digital music (MP3, ACC, ATRAC, and WMA) the MDR-1000X are Sony’s first headphones with the DSEE HX built-in to upscale compressed music from any source, even in wireless mode. 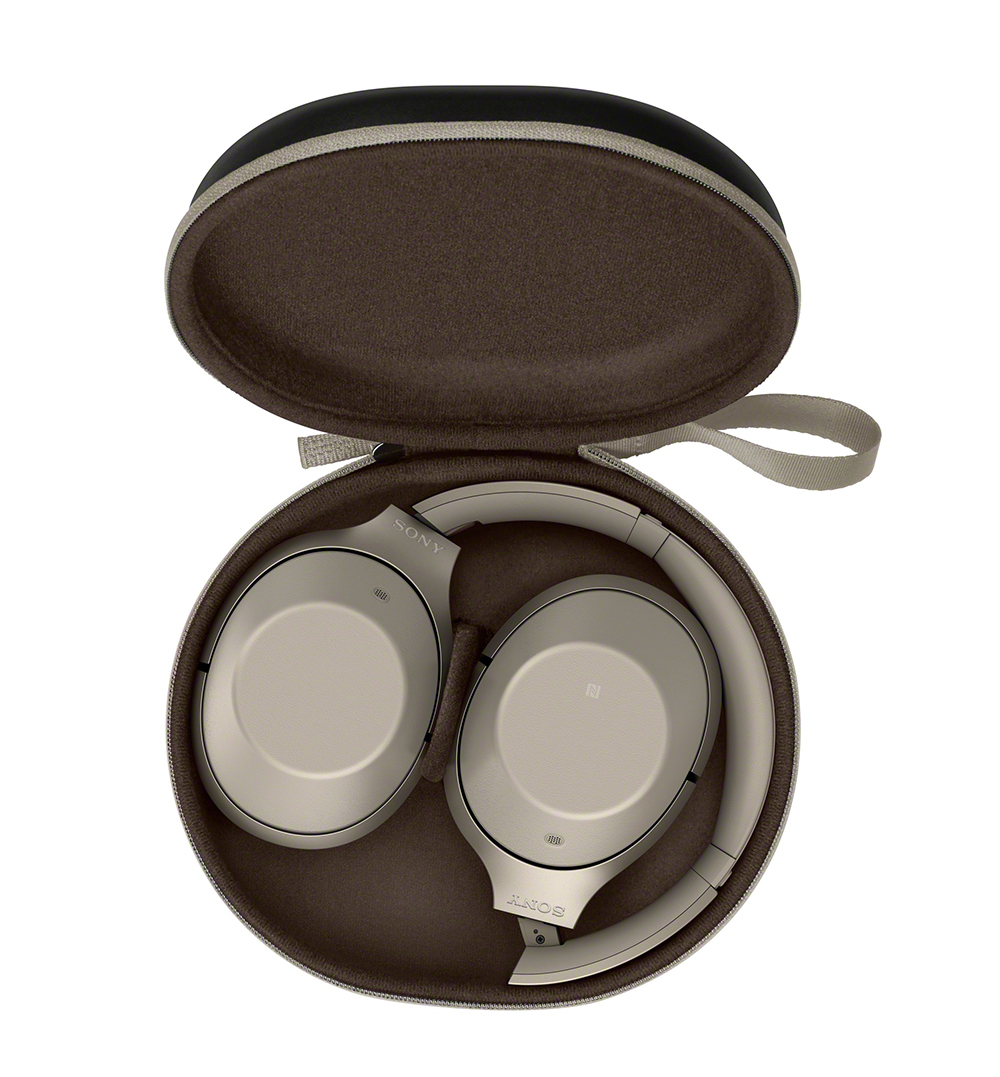 Sony is also using sound recognition technology in combination with digital processing. The new “Quick Attention” mode assures listeners will not miss a word that is spoken while enjoying music or a movie. Instantly activated by placing a hand on the side of the headphone shell, it allows natural sound to come through, i.e. to allow travelers to hear announcements or the flight attendant asking for their drink order without removing their headphones. “Ambient Sound Mode” changes the sound settings so that users hear the ambient sounds around them, enabling them to be aware of announcements or discussions with colleagues, while still enjoying their music. These unique listening experiences are also realized by the new Sense Engine.

An up to 20-hour battery life in wireless mode with noise cancelling on enables travelers to use these headphones during flights to far-flung destinations on a single charge. Designed with the style conscious traveler in mind, they feature a swivel and folding design, and can quickly be stowed away in a carry-on bag. MDR-1000X Wireless Headphones are priced at $399.99 MSRP and will be available in October, 2016. Available in two colors, black or gray-beige, the headphones come with a durable synthetic-leather carrying case, audio and power cables, and an adapter for airplane use.

HRA Signature Series
The highlight of Sony’s audio announcements at IFA 2016 was its new “Signature Series” flagship line that represents the convergence of Sony’s analog and digital technologies, cultivated over many years. This series of High-Resolution Audio (“Hi-Res”) products is made up of the MDR-Z1R stereo headphones, two new WM1 series Walkman models (the NW-WM1Z and NW-WM1A), and the TA-ZH1ES headphone amp. Sony has continued its pursuit of the ultimate materials and structures for reproducing the best sound possible, taking an unconventional approach to designing the Signature Series, combining the highest quality materials and structures, all materials have been selected based on the principals of acoustic design.

As part of its 70th anniversary celebration, Sony’s new line of high resolution personal audio products have been meticulously crafted to address the needs of the most demanding music enthusiasts. Designed to complement each other as a “Signature Series”, together the headphones, Walkman and amplifier bring the ultimate sound quality to listeners’ ears. The organic shapes visible in every detail reflect a design based on the laws of physics for creating superior audio quality.

The Signature Series features the new premier MDR-Z1R headphones optimized for hi-res, developed in collaboration with one of the top mastering engineers at Sony Music Battery Studios, who benchmarked its overall performance in comparison with his super high-end reference speakers. The headphones utilize a 70mm, magnesium dome HD driver for the widest frequency response possible; along with a lightweight aluminum coated LCP edge diaphragm, and a powerful neodymium magnet, ensuring greater velocity, less signal loss and more natural sound.

Spatial resonance is minimized thanks to the Z1R’s resonance-free housing in which an acoustic resister is used to optimally control ventilation. The headband is constructed from lightweight, flexible beta titanium for more elasticity. Both the headband and ergonomically correct ear pads are covered in genuine leather for added comfort. The balanced cable uses the new industry 4.4mm plug and the ear cup connection jack utilizes a non-magnetic plated Corson alloy jack for low resistance. 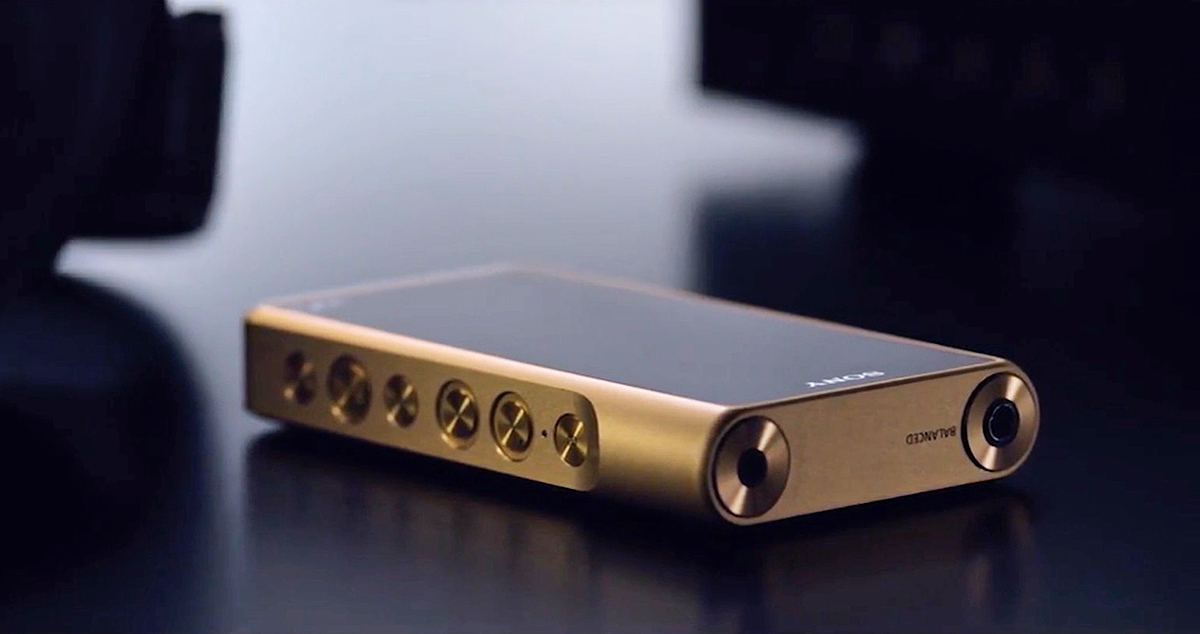 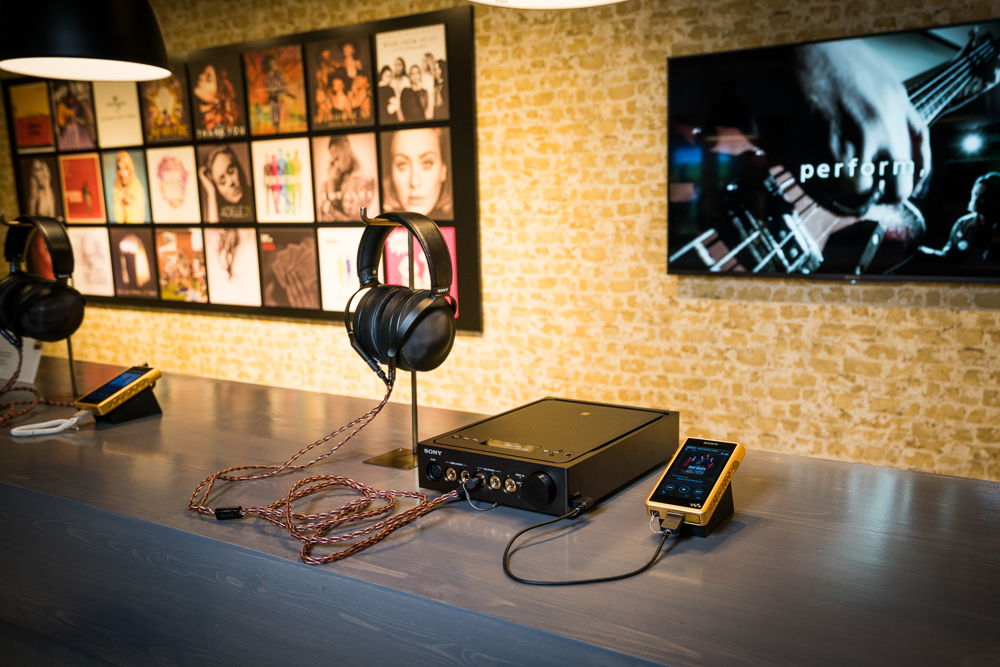 Additionally, the new ZH1ES supports the vast majority of Hi-Res music formats, including the highest resolution native DSD and PCM recordings. For preserving the feeling of original sound, ZH1ES has new DSEE HX, which has selectable multimode for up sampling lower resolution music and DSD Remastering Engine which converts PCM sources to DSD 11.2MHz. The newly developed Frame/Beam/Wall (FBW) chassis combines Wall structure with the familiar FB chassis that has been cultivated in the ES series. The Wall is created by shaving extruded aluminum and realizes a ridged body that can suppress unnecessary vibration. Also, the Acoustically Tuned Panel achieves the ideal sound while controlling vibration and resonance. It also supports a wide variety of headphone connectors, including both balanced and unbalanced designs without any compromise. 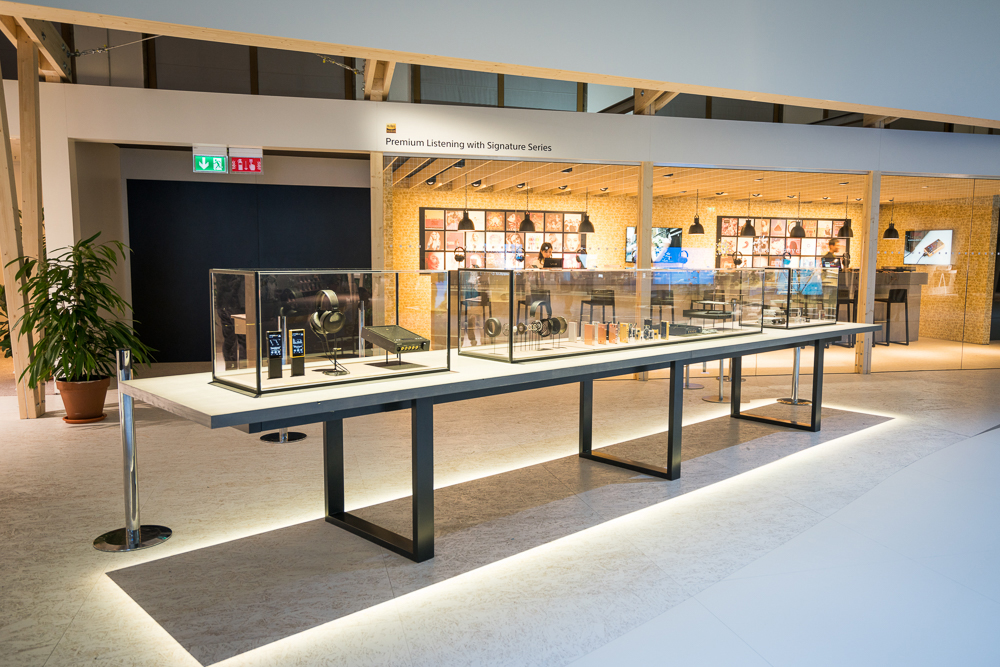