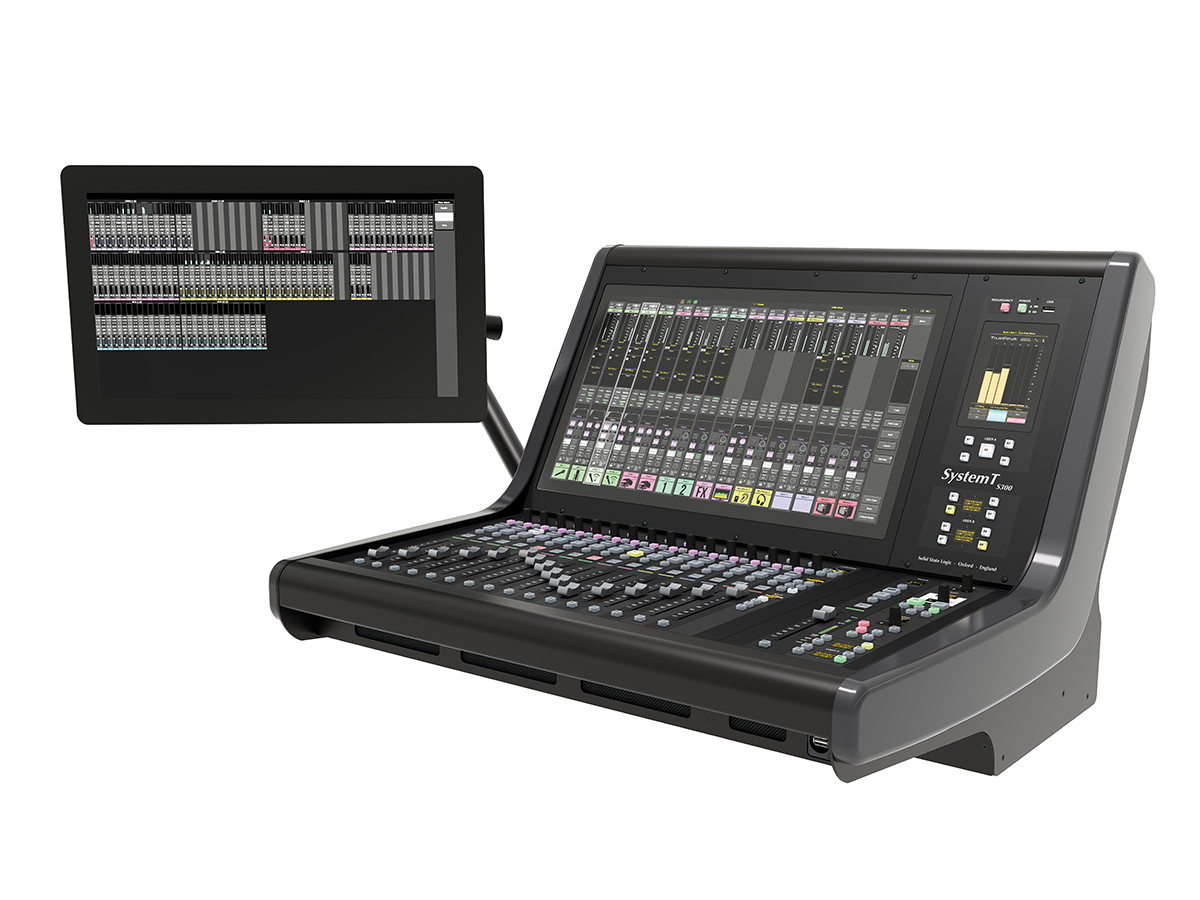 With the broadcast market quickly transitioning to complete IP-based solutions and infrastructure, the fact that the industry is adopting the new SMPTE ST 2110 suite of standards for real-time media transport over IP, which includes AES67 as the audio element, is going to be again the main highlight for IBC 2017, in Amsterdam.

Solid State Logic as been at the forefront of this important transition since the presentation of its System T family of products and the adoption of a complete networked audio-production environment designed from the ground up as a powerful, scalable, and flexible system for anything from large multi-studio broadcast facilities, to stadiums, trucks, and everything in between.

System T has an IP-based networked control and audio infrastructure and a highly configurable architecture. All audio connectivity is via Dante, with AES67 and SMPTE 2110 compatibility, with direct Dante network routing control from any System T surface, touchscreen, or T-SOLSA PC application. As the world's first dedicated live-to-air broadcast audio production system to be entirely IP based, System T uses AoIP as its core, not simply as an edge connection to the console’s audio infrastructure. The core Tempest Processing Engines include direct AoIP interfaces allowing commercial off the shelf switching infrastructure to replace the requirement for expensive proprietary audio routing hardware. Universal AoIP connections reduce the overall system design cost and improve redundancy topologies.

For IBC 2017, SSL announced the new System T - S300 compact broadcast console combining  the power and versatility of the System T platform in a streamlined console layout that remains intuitive for operators with a wide range of skill levels, while offering performance and value for a wide range of broadcast installations and OB vehicles. The new SSL S300 is a fixed layout compact control surface that can be combined with the complete portfolio of SSL’s ground-breaking System T network objects: Consoles, remote tiles, touchscreen interfaces, Tempest Processing Engines, remote PC software and Network I/O. It can be specified as part of a larger System T installation or in stand-alone configurations for smaller broadcast facilities or OB vehicles.

The new SSL S300 is available in 16+1 and 32+1 fader configurations, and can connect to either a Tempest T25 (256 paths @ 48kHz) or a T80 (800 paths @ 48kHz) Processor Engine and runs the same software as the larger S500 surface and TCR (Tempest Control Rack). The system has a fully integrated Dante control API, providing arbitrated audio and control resource sharing for SSL’s Network I/O range across SSL’s Tempest platform based consoles; S500, S300, TCR and SSL Live (L500 Plus, L300 and L200).

With the availability of over a 1000 Dante devices, from upwards of 350 manufacturers, System T control surfaces are a direct routing controller to extremely large, multi-manufacturer based AoIP routing systems. No additional software or hardware is required and routing control is directly from the console GUI or software instances of the console control software (T-SOLSA) running on standard PCs remotely connected to the main surface. System T’s underlying software and network infrastructure provide a standard-agnostic platform that can easily be updated to include emerging broadcast and media IP standards as they are ratified and complement broadcasters’ workflows.

Complete showfile compatibility between all System T consoles and controllers means production can easily move between control rooms within a facility, or an S300 can very easily be used as a backup surface to a larger S500. Where processing engines are of different sizes SSL’s unique compatibility mode allows the pre selection of channel, busses and effects resources that will be inactive on the smaller processing engine. Settings from the larger device are never lost and resources can be reassigned at any point during the show, even with audio passing.

System T has SSL’s renowned pristine audio quality and a comprehensive array of processing options ensuring the tools for even the most demanding production or music mix are available. There are up to eight Dialogue auto mixers and two Dynamics sections per path; including compressors, oversampled true peak limiters, gates, expanders and de-essers. Full processing capabilities on all channels and busses provide complete flexibility. An additional effects rack provides multiple reverbs, dynamic EQ, noise reduction, signal generators, summing tools, upmixers, downmixers and of course SSL’s bus compressor as standard, no external devices or audio connections are required. These inbuilt effects allow near zero latency, direct control and full recallability with the console showfile system. When applied to a path insert the effect automatically appears in the path GUI providing a logical workflow and intuitive user interface. 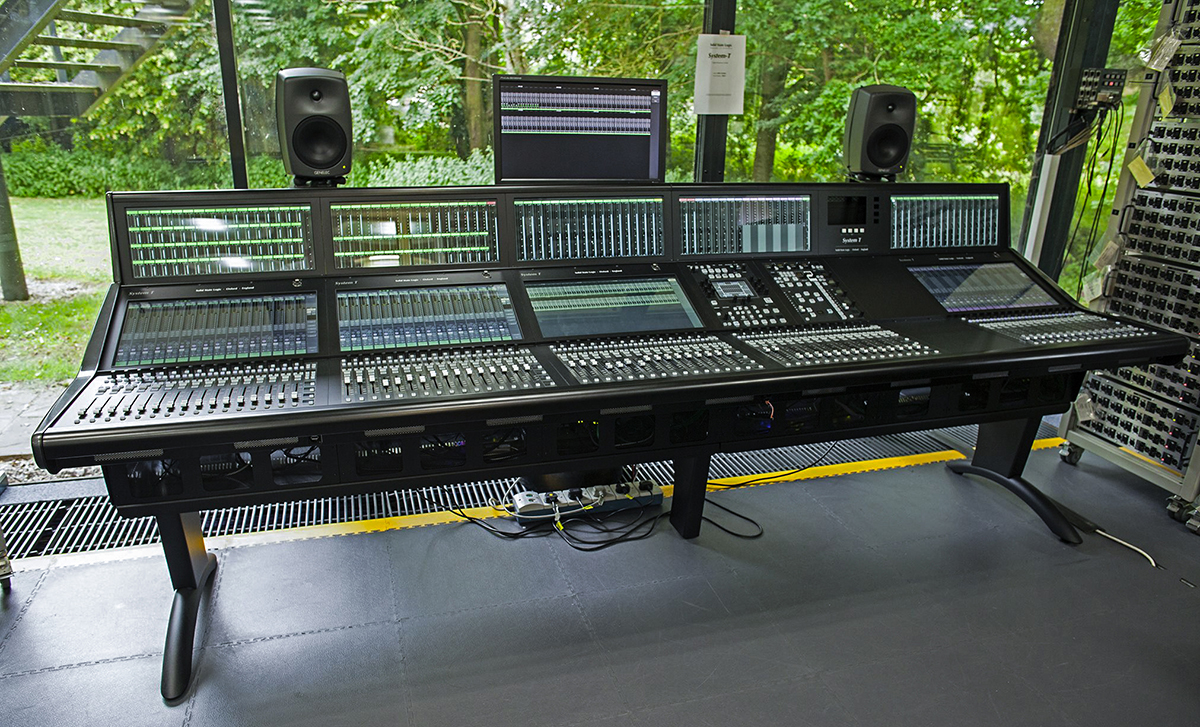 The whole system has over 5400 input channels and 4500 output channels of Solid State Logic Network IO, all connected to a redundant Dante Network operating at both 96kHz and 48kHz. While large, this system is still scalable as desired, simply by adding additional System T control devices, Tempest processing engines, and Dante, AES67, SMPTE 2110-based I/O. Dante routing is distributed, so no dedicated routing hardware is required - simply a suitable IP infrastructure built with COTS (Common Off-The-Shelf) switching hardware.

Any Dante I/O can be added to a System T network, which means that System T can also choose from over 1000 I/O devices from over 350 manufacturers, including multi-format devices like the SSL Network I/O: MADI Bridge that can bring existing I/O to the new IP-based infrastructure. 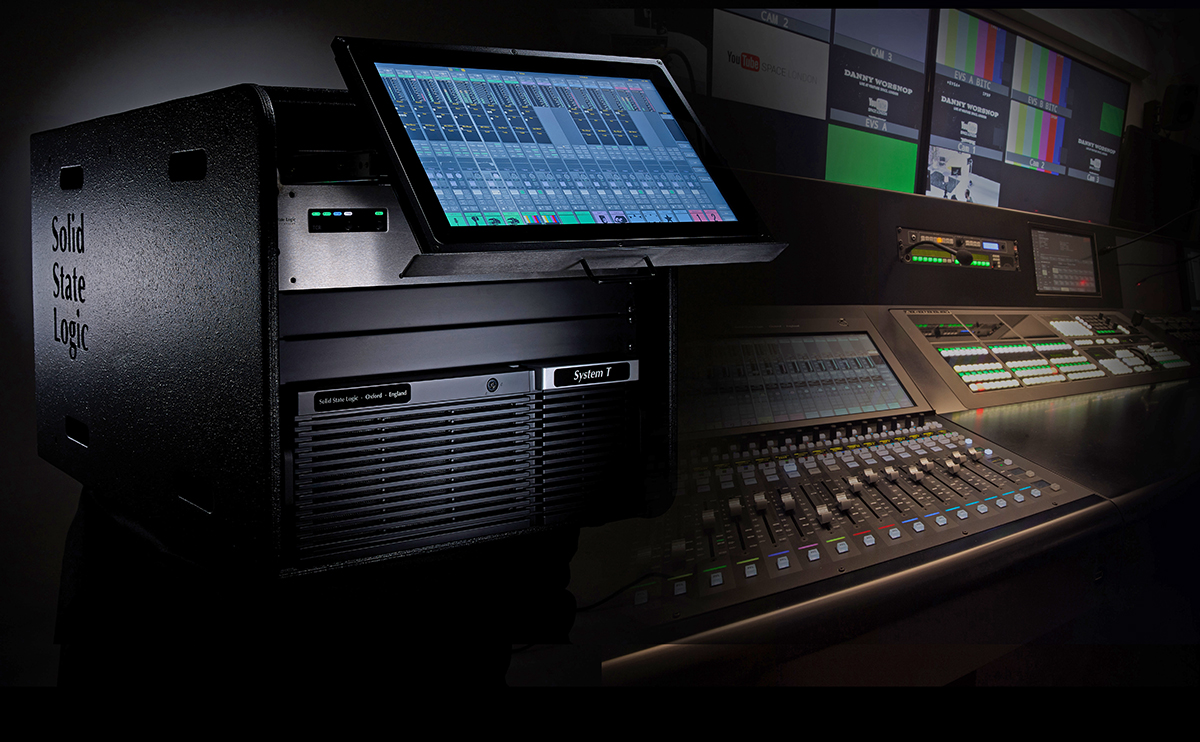 System T at IBC 2017 IP Showcase
Solid State Logic will be taking a leading role in the IBC 2017 IP Showcase. More than 50 vendors are working together to demonstrate real-world IP interoperability based on SMPTE ST 2110 suite of standards and AMWA NMOS specifications – a single set of common IP interoperability standards and specifications that are unleashing the full potential of IP in real-time media.