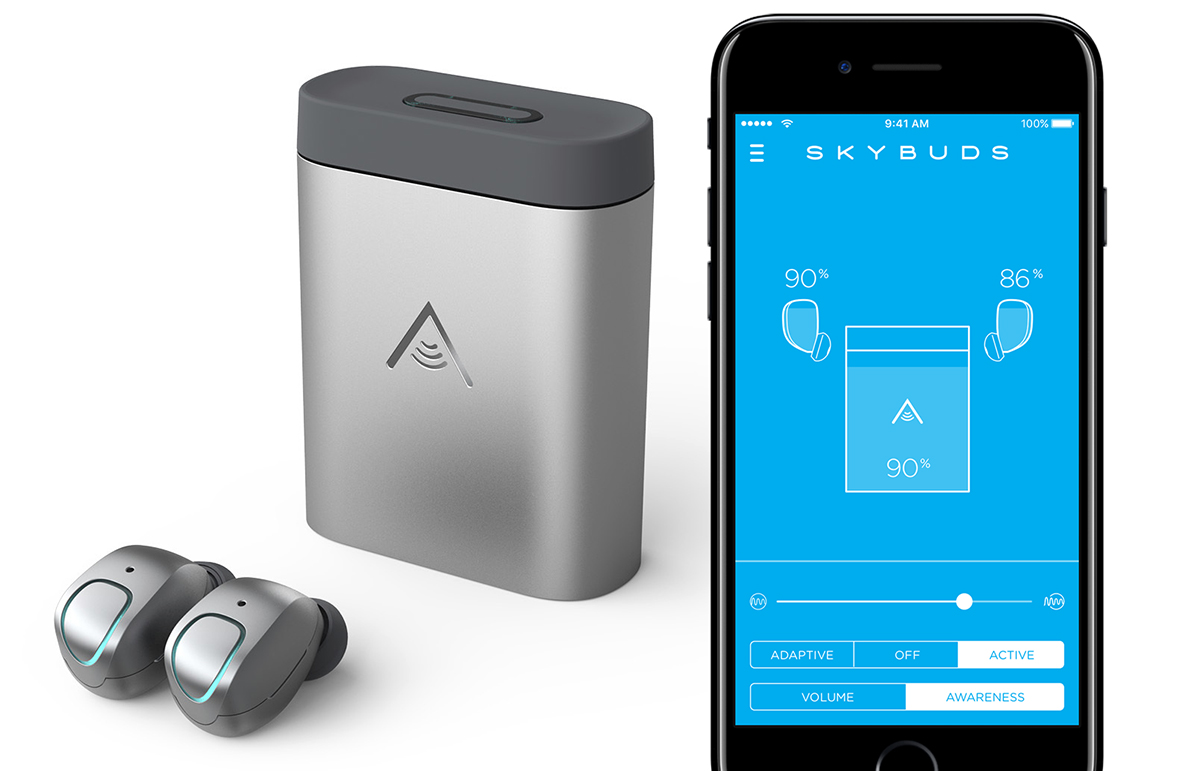 Skybuds truly wireless earbuds were among the first units to become commercially available leveraging Near-field Magnetic Induction (NFMI) technology. Alpha Audiotronics, the maker of Skybuds focused on a good quality audio solution that could answer the demand for a convenient wireless experience during travel, commuting, exercise and everything in between, featuring four hours of listening and 24 hours of additional battery life via the portable Skydock charging case.

Alpha has continued to invest in software upgrades and says they will roll out more functionality enhancements into existing Skybuds, "transforming them beyond just truly wireless headphones." As the company explains, existing Skybuds users have repeatedly asked for the option to purchase individual pieces. After receiving thousands of request, Skybuds has now decided to make it possible for users to buy a single bud in any color (black, silver or white), side (right or left) and ear tip size for only $79.99. Additional charging docks can also be purchased in any color for $49.99.

This is particularly relevant, since Skybuds uses NFMI technology, providing improved audio streaming from one ear to the other using reasonable power levels, improving also synchronization and short-distance data transmission when compared to separate earbuds that rely only on Bluetooth. This is the reason that devices intended mainly for handsfree phone calls are used in just one ear, and the reason why some users end up using just one earbud, even when they acquired a truly wireless pair solution, just because they can maintain better awareness of the surrounding environment, while still listening to music, podcasts and audiobooks, and taking a call anytime, without having to reach for their smartphones. In some cases - as widely debated given the extremely compact design of truly wireless earbuds - users simply loose one of the units. 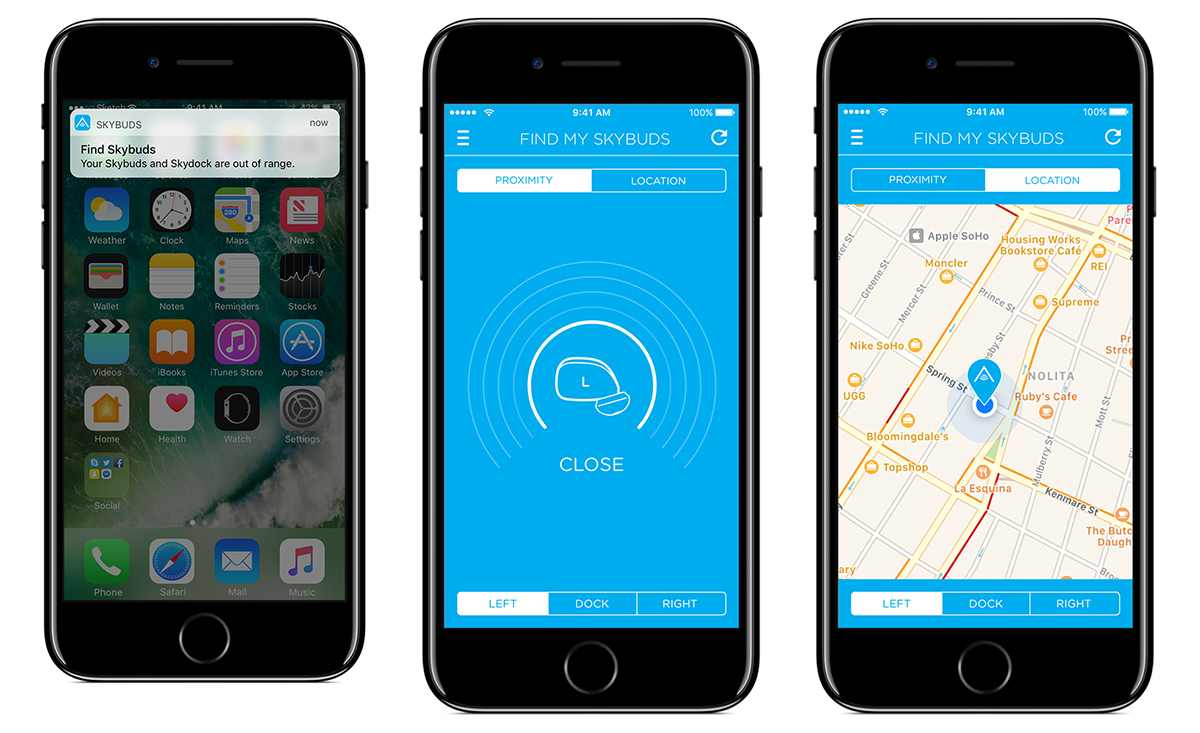 Recently, Skybuds updated their app accordingly, introducing a Find My Skybuds location-based tracking feature. Users receive push notifications when walking out of Bluetooth range and leaving their Skybuds behind, while Find My Skybuds identifies the last known location where the earbuds were used so they can quickly be found. Additionally, the app update introduced in April 2017, included Awareness, or Audio Transparency, providing users the ability to listen to their favorite music without missing the world around them. Through a simple press and hold of the button on the left Skybud, users can turn on Awareness, so they no longer have to remove their Skybuds during daily activities (e.g. when ordering coffee.)

“Loss anxiety is one of the biggest pain-points we’ve noticed among people who still haven’t switched to truly wireless earbuds,” says Jamie Roberts Seltzer, CEO and co-founder, Alpha Audiotronics. But apparently this wasn't enough, and users effectively kept loosing one of the earbuds - no point on knowing the last location of your lost earbud if it fell into an inaccessible place, or you've left it behind on your last business trip. 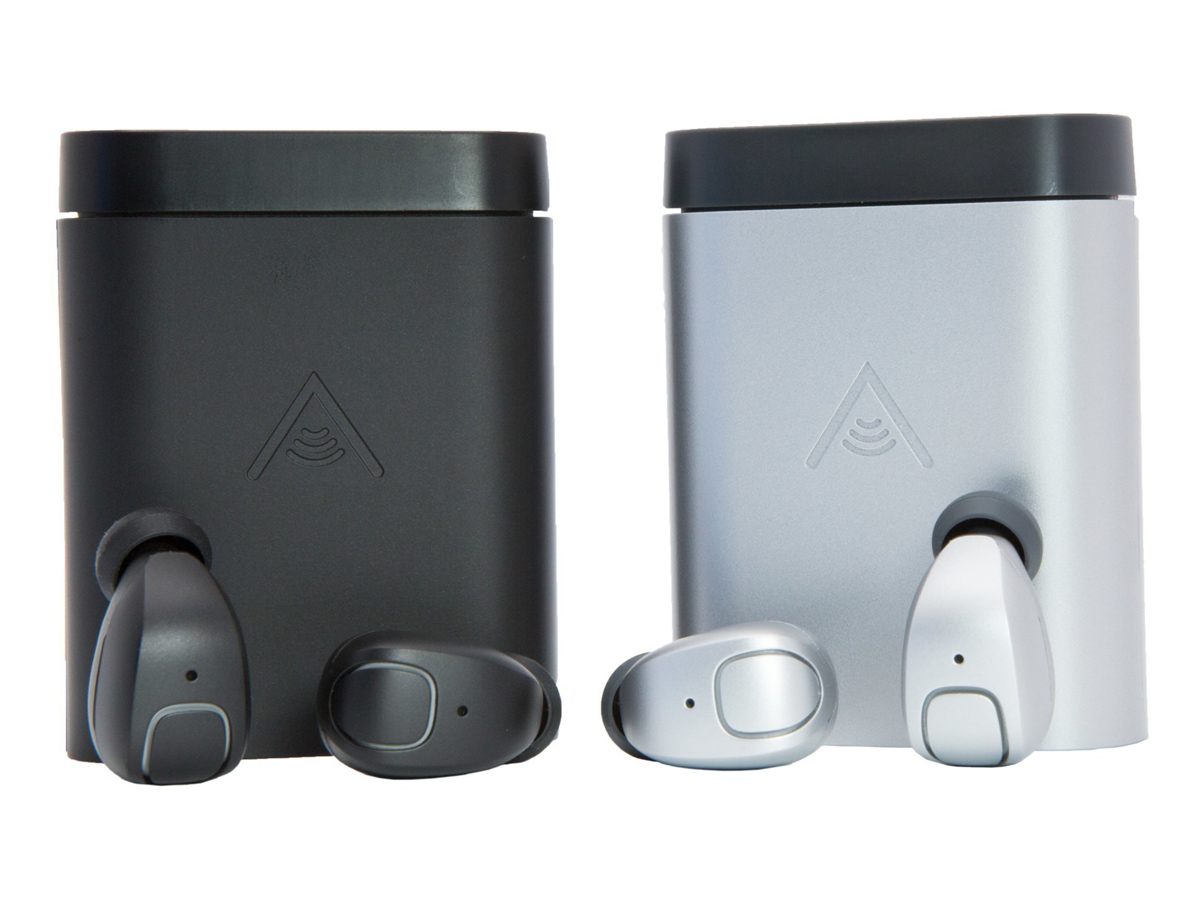 The other obvious complaint has to do with the limited battery autonomy and the fact that, even if you do have your Skydock fully charged, you still have to remove the earbuds and wait until they are fully charged again (earbuds actually charge to 80% in 15 minutes). Apparently, really committed users would rather have another Skydock and always keep another Skybuds pair charging; so they can keep a spare one charging at home or the office; or simply because they also lost the one they had.

Another interesting possibility. Users might want to have another earbud in a different color, so they always know which one is left and which one is the right. Things that apparently all truly wireless earbuds manufacturers should consider.

"Our number one priority is to ensure that users receive the best listening and customer experience. We take every suggestion and request into consideration no matter how big or small," says Seltzer. "The ability to purchase the buds and docks individually gives our users more freedom and reassurance that they'll never miss a beat with Skybuds!"
www.Skybuds.com
related items

A Major Event for Mobile Audio at MWC Barcelona 2020