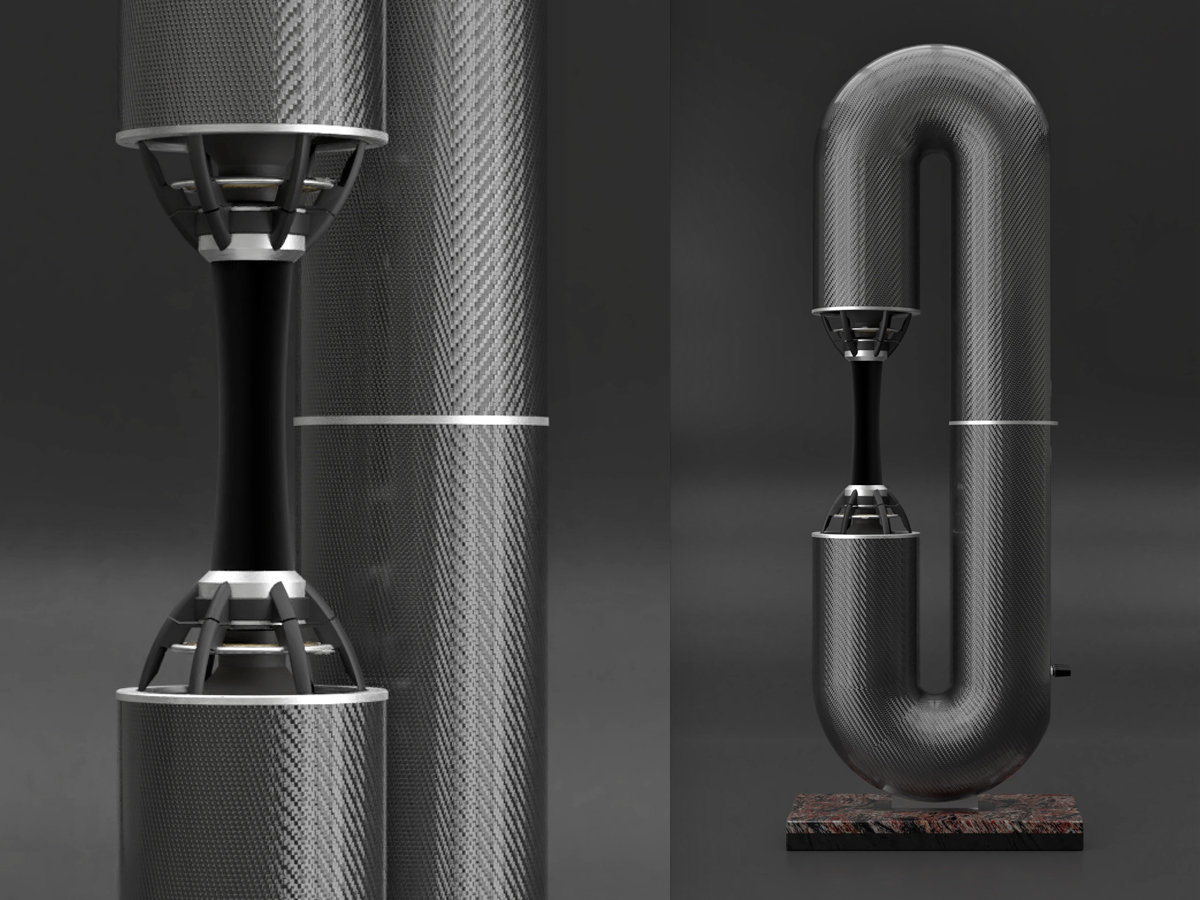 Zoltán Bay is both an engineer and an avid piano player, and has been designing and manufacturing high-end audio pre-amps, amplifiers, media players, cables, and loudspeakers for more than 35 years, holding a patent for a “sliding biasing” amplifier circuit and several patents for his recent work on transducers. Zoltán understands the fine balance between measurements and subjective listening tests, and his designs never cease to amaze and surprise those who listen to the results of his work. “I have always wanted to transcend the prevailing state of the art. This ambition is all I have and all I follow. It is my life. For me sound quality is foremost, design is very important, but secondary. When someone looks at the design, they get an idea of how the loudspeaker sounds,” he states.

In the last few years, Zoltán set out to build the world’s best loudspeaker by using market disrupting technologies. The result was a radically new concept, a completely new approach to the design and construction of a loudspeaker. The Courante is a unique breakthrough loudspeaker using patented technologies never seen before but now available from Bayz Audio. The Courante is a Euro-designed loudspeaker featuring a Hungarian hand-made cabinet, assembled and tested in Denmark to assure world-class quality.

The Courante design starts with the BRS radial tweeter, developed to provide a singular, phase coherent pulse with distortion values much lower than other tweeter designs. The revolutionary BRS tweeter is actually a cylindrical membrane capable of changing its diameter, made from a special ultra-light material, which creates sound by pulsating in the direction of radiation. This electrostat-like tweeter membrane has no break up modes and is omnidirectional past 20 kHz.

To extend the speaker's response, Frank Nielsen, the designer of world-class Satori drivers, and an electro-acoustic industry veteran designing high end transducers for SB Acoustics, ScanSpeak, Vifa, Danish Sound Technologies, Tymphany, and others, custom designed a woofer with Egyptian papyrus cone, chosen for its amazing speed, to match the speed of the super-quick BRS tweeter. The combination enables both on and off axis frequency response of the loudspeaker to remain extremely linear throughout its full 360 degrees of radiation.

The Danesian Audio team builds and tests the Courante speakers in Denmark, guaranteeing each unit is matched and passes stringent quality control. For the project, András Voloscsuk supplied the Courante’s high strength, carbon fiber composite speaker enclosure, lined with a proprietary dampening compound, making possible for the complete state-of-the-art system to be extremely lightweight. András Voloscsuk and his team have worked for decades developing new carbon fiber materials for F1 monocoques, race planes for Red Bull Air Race World Championships, and even carbon fiber pianos. Using decades of experience and learning, András has raised carbon fiber fabrication to an artistic level. The beauty and elegance of the Courante would not be possible without this vast knowledge
and lifetime of experience.

The decades of research and development work carried out by Zoltán Bay in the subject of radial sound projection, which resulted in the development of the Bay Radial Speaker (BRS), is now applied in a truly exceptional product. The Courante is a revolutionary new radial loudspeaker, with outstanding sound qualities that need to be experienced. As Zoltán Bay describes, the outstanding impulse response allows the reproduction of spatial location and scale of musical instruments to become almost palpable. As the total surface area of the membrane used is many times that of dome tweeters, the sound energy projected is much less concentrated and the resulting soundfield creates an extremely pleasant experience for the human ear.

"For the BRS design, I wanted a much a faster impulse response with very low ringing as compared to other loudspeaker offerings. My intention was to develop a loudspeaker with the absolute lowest distortion and idealized pulse capabilities, with perfect frequency response in all directions," explains Zoltán Bay. Listening to the Curante reveals this superior sense of holographic imaging and spatial location of musical performers and instruments.

Prototype versions of the BRS loudspeakers have already wowed listeners at prior audio shows including ALMA’s International Symposium and Expo (AISE) in Las Vegas. Now, the Bayz Audio Curante, with its BRS tweeter, will debut as part of SB Acoustics' display at the High End Munich show (10-13 May 2018). Listening sessions will take place at the nearby hotel Marriott Hotel (Berliner Straße 93), from 10-12 May.
www.bayz-audio.eu
related items