Qobuz Expands Team and Prepares for US Launch in Fall 2018 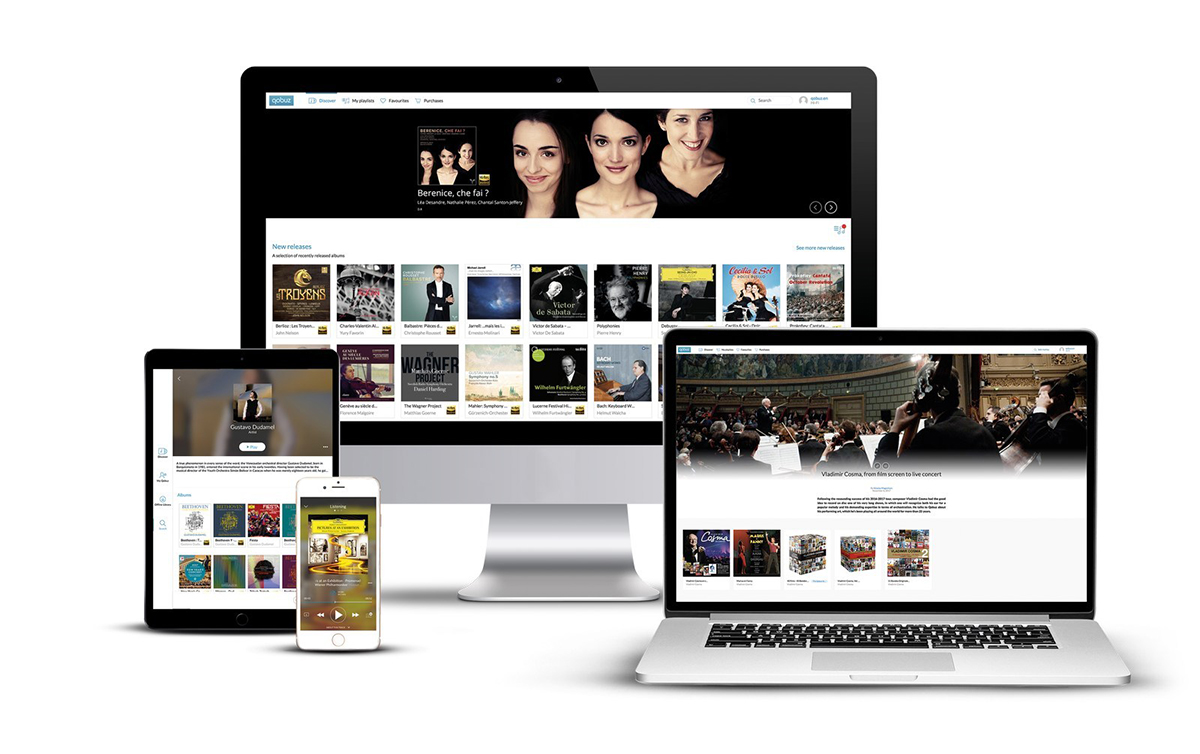 With Qobuz (pronounced CO-buz) making its official American launch in October 2018, RMAF - held at the Denver Marriott Tech Center from Friday, October 5 through Sunday, October 7 - is the perfect venue for thousands of high-end audio enthusiasts to experience Qobuz quality. Giving RMAF visitors an early opportunity to experience the platform built for music enthusiasts and which intends to compete directly with Tidal with its hi-res file downloads and uncompressed CD-quality streaming services. At CES 2018, Qobuz promised to surprise the market with the launch of the very first high-resolution audio streaming options using FLAC as the basic technology, something that no other streaming services have been able to support until now.

"Qobuz is a perfect fit for RMAF," stated Marjorie Baumert, Rocky Mountain International Audio Fest director. "They understand high-resolution streaming like no one else, and they know what music lovers want from such a service. Qobuz is absolutely the go-to site for music lovers to experience high-res audio the way it was meant to be heard. It is changing the online music game! We are thrilled to have them as part of the RMAF family."

Qobuz has been available throughout Europe for almost 10 years, currently in 11 European countries. Its major differentiator was always its extensive music catalog of 40-million tracks in CD quality and over one-million high-resolution (24-bit up to 192kHz) tracks for download. For the US launch, the company is promoting its services as "the highest resolution music streaming service in the world."

In reality, until now the company only offers hi-res files for download, like other services, while allowing for standard CD quality streaming, like Tidal also does, while Tidal already offers hi-res streaming support in an MQA container, which effectively optimizes the service to data rates similar to uncompressed CD-quality streaming. To differentiate its offering, Qobuz is promising to implement direct hi-res streaming in FLAC, something that has so far proven difficult to support given the bandwidth limitations and the additional storage demands.

The Qobuz platform works on Mac/iOS/Android/Windows operating systems, and is already integrated with many of the most prestigious Hi-Fi brands. Qobuz is compatible with DTS Play-Fi, Chromecast built-in, and it can be played via Bluetooth, Airplay and third party applications BubbleUPnP (Android), USB Audio Player Pro (Android), mConnect (iOS & Android), Audirvana (Mac), Kodi, and Hercules Djuced. Subscribers also have access to the company's digital magazine, which offers articles, digital booklets and exclusive news and interviews, music reviews, videos, all with expert curation.

"We are thrilled to be chosen as the official high-resolution streaming service for this year's edition of RMAF," commented David Solomon, Qobuz chief Hi-Res music evangelist. "It's a great opportunity for us to introduce ourselves to the American high-end audio community. We pledge our full support to this market, and appreciate its dedication to and fervor for this format. We welcome all – no matter their genre preference – who desire a phenomenal audio experience."

Qobuz will be providing exhibitors at RMAF with access to demo accounts to utilize, which will highlight the audio capabilities of their hardware. Attendees of RMAF will have access to free trial accounts so that they can experience the Qobuz difference.

Key US appointments
Preparing for its first foray outside the European market, back in April 2018 Qobuz appointed music-industry veteran Yann Miossec as its new CEO. A true music connoisseur, Miossec is a multidisciplinary-management specialist and brought a strong background in digital music to the position, joining Qobuz after serving as an Executive Vice President for 12 years at Warner Music France. While Qobuz President, Denis Thebaud already hinted on a planned IPO for the future, the French company is completely focused on its US operations. "With his keen business sense and music-industry experience, Yann Miossec is the best individual to successfully lead us through these crucial endeavors," Thebaud stated.

Meanwhile, Qobuz has also named three respected executives to spearhead its impending entry into the U.S. market. Leading the group will be Dan Mackta, a creative groundbreaker at the forefront of the evolving music business, who has been named managing director of Qobuz USA and will be based in New York. Long-time digital and music executive Ted Cohen and respected audiophile extraordinaire David Solomon have also agreed to be part of the Qobuz launch team.

"We believe that the many relationships these three have made and knowledge they have gained from previous experience will serve them well in their respective roles at Qobuz. We are honored and fortunate to have them lead our entry into the American market," Yann Miossec, the also recently appointed Qobuz CEO commented.
Dan Mackta is a proven music industry business developer with an extensive personal network across media and entertainment, which offers Qobuz a wide-ranging experience in maximizing revenue by using data analytics and deep business knowledge. He has a knack for growing and leveraging relationships with labels, platforms, artists/managers, agents, and other stakeholders in the music business eco-system. His track record of successfully launching new artists and delivering results for established acts is well documented in the music industry.

Prior to assuming his position at Qobuz, Mackta was co-head of marketing for Razor & Tie Recordings in New York. He also served as Vice President, Marketing at both RCA Records and Jive Records/Zomba Label Group.

David Solomon's carrer has spanned almost every facet of the audio industry and focused on educating the market. Now appointed as Chief Hi-Res Music Evangelist, he joins the Qobuz USA team focusing on audiophile retailers and manufacturers.  Being an early advocate of streaming music, he was also a part of the team that launched Tidal in North America building support for the service with both retailers and manufacturers.

Solomon was a co-founder of Peachtree Audio in 2005 and served as VP of sales until 2013. He helped develop Peachtree into a well-known brand that was the first to mass market integrated amplifiers and DACs specially designed for computer and streaming audio. Developing strong relationships and understanding the consumer electronics marketplace are two of his strongest assets. Other audio-related positions Solomon has had include: Global Sales and Marketing Director for Audioengine and Ambassador-at-Large for AudioQuest.

Known throughout the entertainment and technology industries as "part connector/part evangelist", Ted Cohen, now in charge of Partnerships and Marketing, is the managing partner of TAG Strategic, a digital entertainment consultancy based in Los Angeles. Ted has been instrumental in assisting Qobuz with building its team in the U.S. as well as working with the music and other industries as the company prepares for its U.S. launch.

Prior to that, he had a long and successful tenure as SVP Digital for EMI Music, where he led global digital business development and played a key role in crafting the licensing agreements upon which the iTunes Store and Rhapsody/Napster services were built. During that time, EMI led the industry embracing and exploiting new technology and business models such as digital downloads, streaming music subscriptions, and hi-definition audio. He also led new media consulting firm Consulting Adults, and has had senior positions at both Warner Brothers and Philips Electronics. He has served on the Grammy LA Board of Governors and Grammy National Trustee Board.
www.qobuz.com | www.audiofest.net
related items