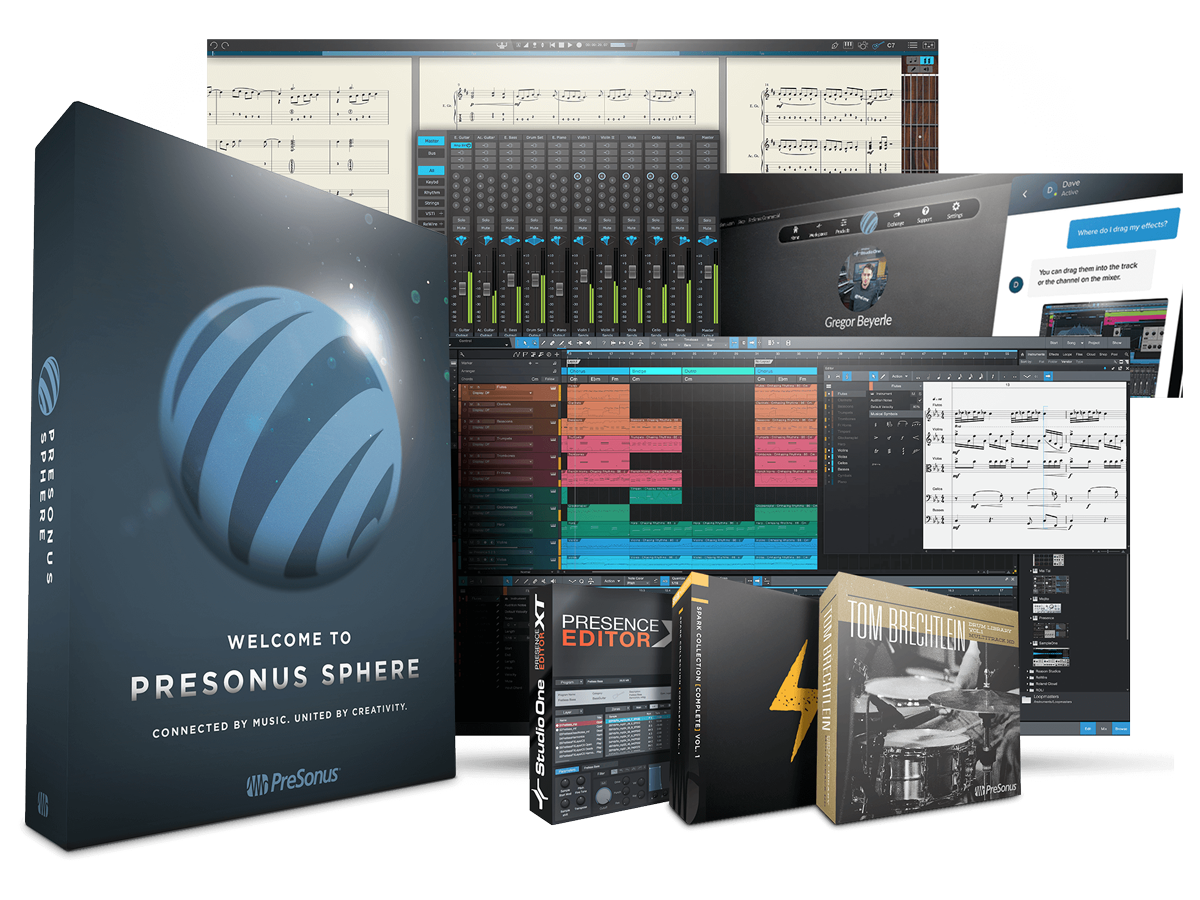 PreSonus celebrates its 25th anniversary in 2020 and the company seems determined to pave the way to another 25 years of success. A quarter century ago, two former high school and LSU School of Engineering classmates were inspired to found a new company called PreSonus, where they would design innovative audio products. Working in a borrowed garage space in Baton Rouge, Louisiana, Jim Odom and fellow engineer (currently Vice President of Manufacturing) Brian Smith started work on the company's first product.

Over the following 25 years, PreSonus went on to create a steady succession of breakthrough products. In 2006, a startup company in Germany, founded by ex-Steinberg developers, began working on Capture and Studio One for macOS and Windows in cooperation with PreSonus, leading to the acquisition of the company as PreSonus Software Ltd. Initially released in 2009, Studio One quickly became one of the world’s most popular DAWs.

In 2013, PreSonus acquired the assets of Notion Music, adding Notion music-notation and composition software to its product line. These innovative products were the first notation apps to run on iOS, as well as on macOS and Windows.

Now, in the middle of a global pandemic that strongly affected the music industry, PreSonus shows how the company is determined to pave the way for future growth and introduces Studio One 5, a new updated version of the popular DAW software now integrating cloud collaboration features and a fully integrated, live performance environment capable of running complete shows from a single computer.

The new Studio One 5 Show Page combines playback of backing tracks with patch management for virtual and real instrument players inside a single window. Studio One Song channel strips, mixdowns, and virtual instrument patches can be directly exported to the Show, simplifying setup, while setlist items can be rearranged and skipped on the fly.

Another new key features was designed for music composers and arrangers. Studio One 5’s new dedicated Score View for the Note Editor. Based on PreSonus’ Notion music composition and notation software, the new Score View is available on its own or as a companion side-by-side view with the Piano and Drum views, allowing users to enter, view, and edit notes in standard music notation.

Studio One’s Native Effects plug-in set has a well-earned reputation for exceptional sound quality. With version 5, Native Effects have undergone a major revision, adding new features and improvements for many effects, along with a new modern interface with separate dark and light themes.

With version 5, Studio One Artist now has built-in support for VST and AU plug-ins, ReWire, and PreSonus’ Studio One Remote control software for iPad and Android tablets. These features were formerly available for Studio One Artist only as separate Add-ons.

Studio One 5 Professional is also available as part of PreSonus Sphere, a global community of creative enthusiasts and respected professionals. PreSonus Sphere membership benefits provide access to PreSonus’ entire library of software, including Studio One Professional; Notion notation software; every Studio One and Notion Add-on; the complete collection of PreSonus-developed plug-ins; over 100 sample and loop libraries; 30 GB of cloud storage; collaboration tools; and much more. PreSonus Sphere membership rates are available either monthly ($14.95 U.S.) or annually ($164.95).
www.presonus.com/sphere

More information about Studio One 5, including system requirements is available at www.presonus.com/studioone
related items