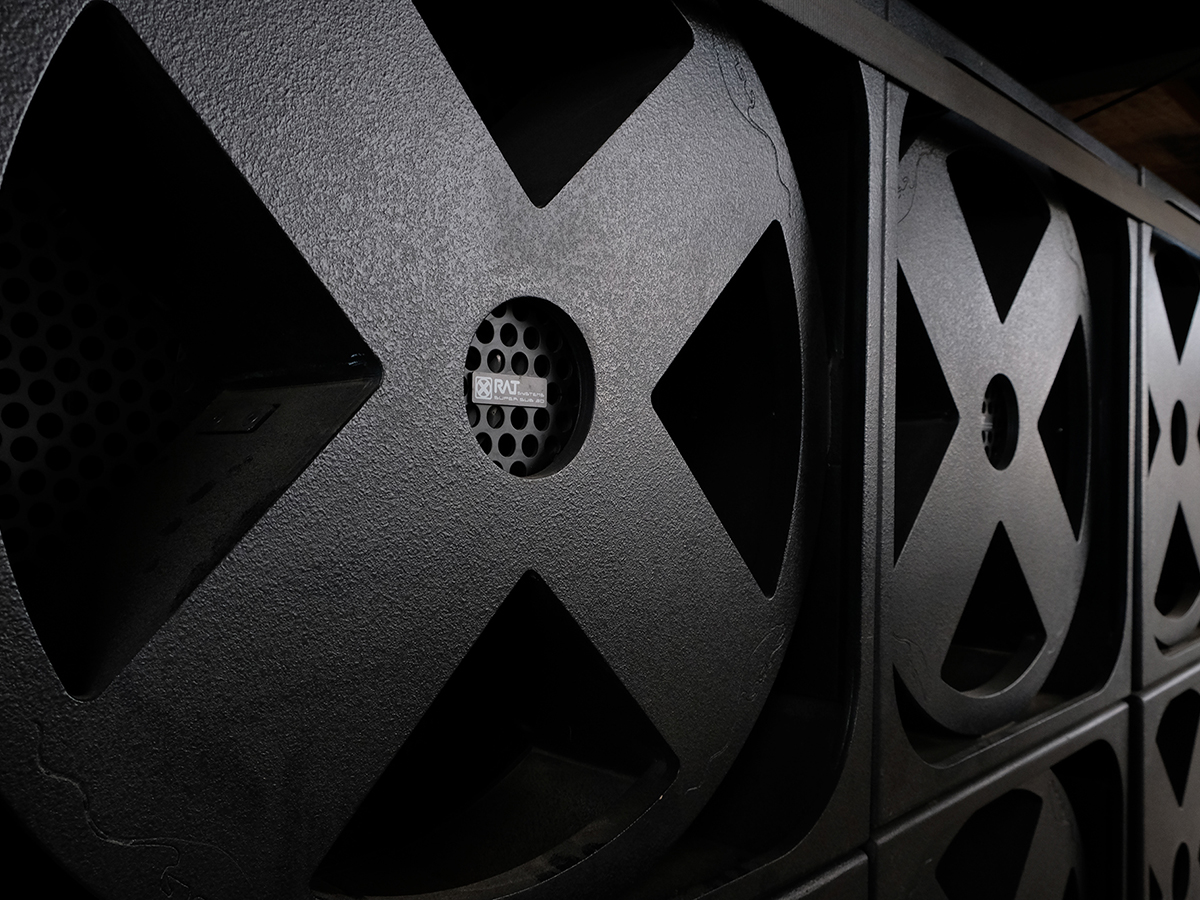 In Coachella’s Sahara Tent, perhaps the biggest stage in the world for EDM music once a year, the 2018 festival organizers pushed the boundaries of what is possible in sound design with an array of Rat Sound’s SuperSub cabinets — each driven by Powersoft's groundbreaking M-Force moving magnet linear motor. Dave Rat of Rat Sound Systems, who has played an integral role in Coachella's sound systems for 19 consecutive years, designed and deployed the SuperSub SDS30 subwoofers, which delivered massive and consistent low-end frequencies for the many thousands of music fans attending the Sahara Tent.

As Coachella itself has grown and changed over nearly two decades, Rat has seen its sound needs evolve as well. “Coachella has grown quite a bit over the years, and it’s probably one of the more challenging events in the world from a sound perspective,” he says. “The challenge is the massive coverage areas, minimizing offsite sound and the need for premium quality and consistency.” These unparalleled demands have made it a proving ground for the boundary-pushing audio technologies. That inspired Rat to harness the power of Powersoft’s M-Force via his SuperSub subwoofer, setting a new standard in low-end performance in the process. 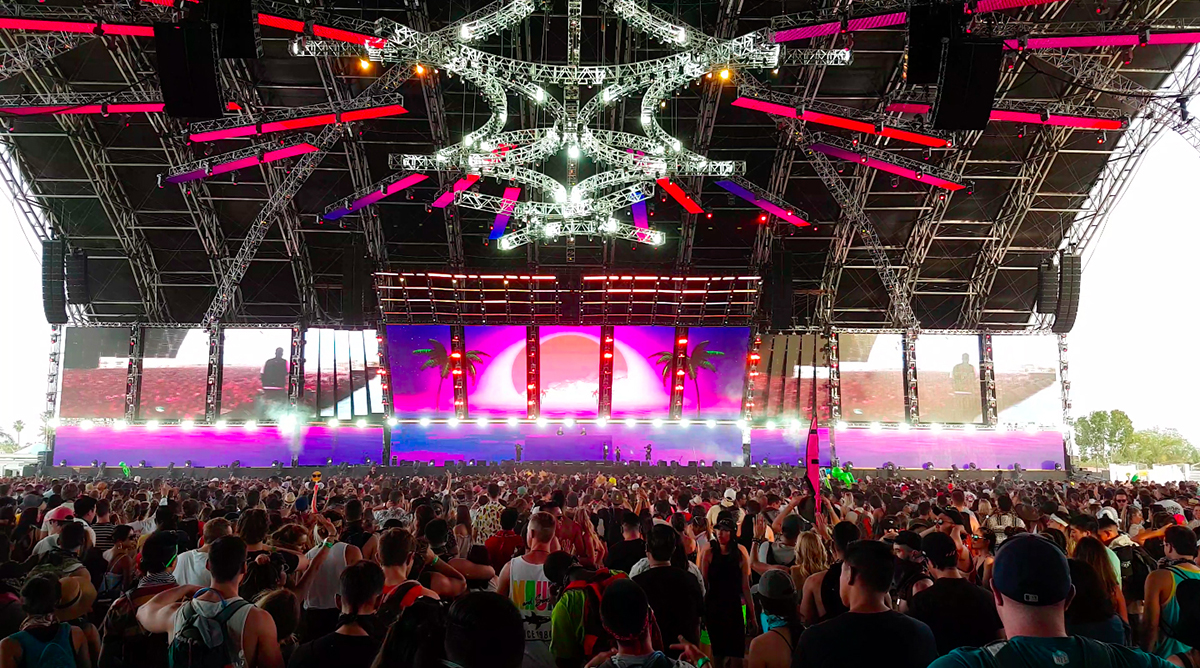 Rat put together systems for seven of Coachella's stages that utilized premium L-Acoustics loudspeakers including K1 and K2 mains and L-Acoustics KS28 subwoofers. The Sahara Stage alone featured a system totaling 252 speakers. He knew he needed an extra something in the aforementioned tent to give festival attendees a truly unique and memorable experience. “I think for any live sound reinforcement venue or situation, low frequency is the key for connecting the artist with the audience physically,” he says. “For full immersion in music you have got to be able to feel the sound.”

Enter the SuperSub SDS30. At 32” x 32” x 42”, the SuperSub is less than 25% percent larger than the popular world class double 18”, but provides significantly more output down to much lower frequencies. “The SuperSub is as loud as two to three very high quality double 18” but takes up nearly the same truck space as one,” Rat says. This not only allows Rat to put out tremendous bass from a deceptively small package, but also save a significant amount on trucking. “You multiple that power ratio out, and since they are self powered including amp racks, we see about a 50 percent truck space savings. So, we’re using less real estate under the stage and less in the truck, which is a tremendous advantage. Bring less—get louder!”

“My inspiration for designing the SuperSub came from seeing Powersoft’s M-Force moving motor product,” Rat recalls.“I had been working for quite some time with the use of metal tubes and wooden tubes in loudspeaker design, and seeing the M-Force product and some of the other enclosure designs that had been built out of that product, I felt that I could do something special with this.” 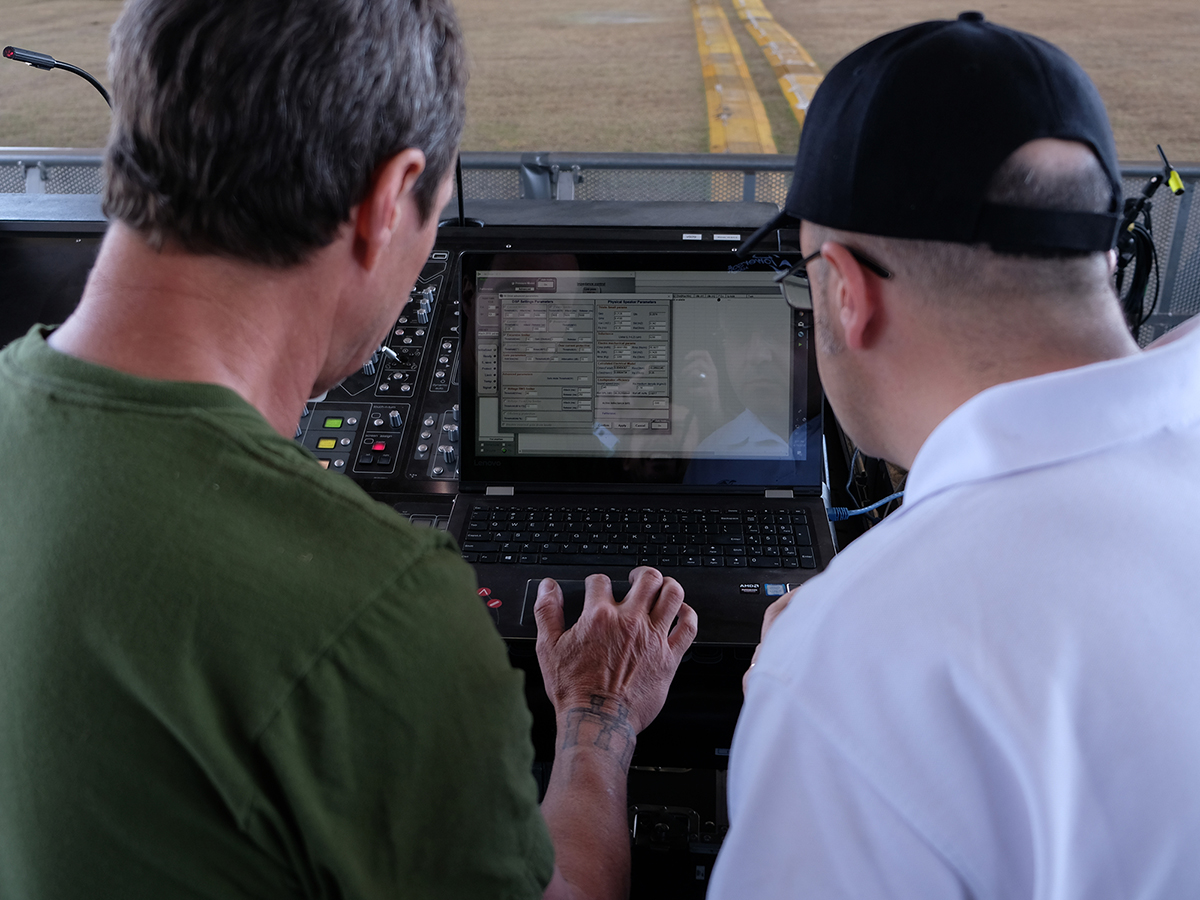 Rat explains how his unique enclosure design also maximized the performance of the M-Force: “If you look at a high pressure gas line or high pressure water line, they are all in tubes because a tube won’t expand or contract. You can take rectangular enclosure constructed with 2” thick plywood, mount a powerful enough speaker in it, and the walls will flex and vibrate. But if you mount that same high power speaker in a metal tube, the amount of expansion and contraction of the tube will be fractions of a millimeter instead of half an inch or a centimeter. So by putting the M-Force motor in the tube and the tube in a square box, and making the ports the corners, I can get really long ports in a very rigid high Q enclosure. This rigidity, lack of box resonance, long port length and bandpass enclosure design, all combine to create an attractive subwoofer with amazing low frequency response, very high output and clear and defined output in the upper bandwidth.

With eighteen SuperSubs positioned front and center and complementing the massive L-Acoustics system, Rat was able to deliver a unique and powerful low-end reinforcement. In addition to peak sound performance, the M-Force motor provides the SuperSub with another valuable attribute: reliability. “We’re doing two weekends, back to back, each three days with 185 bands per weekend,” Rat explains. “Combined with environmental factors like temperatures — both hot days and cold days — windy days, dust storms, and the sheer number of hours, you need a really tough sub.” The SuperSub and its M-Force motor held up to the demanding conditions, performing without a hitch throughout the duration of the festival.

Sheer output is not the only sonic goal of the SuperSub. “We’re after optimal coverage, an enhanced and memorable low frequency experience,” Rat says. “The incredible magnetic strength of the M-Force makes it faster and harder-hitting than any double 18” speaker or 21” speaker I’ve ever heard.” Their punchy, controlled depth delivers plenty of impact for Rat and his team.

“For Coachella in particular, we pay quite a bit of attention to low frequency control,” Rat says. “We’re trying to saturate the audience without having sound going places we don’t want it to go. We don’t want the production offices overwhelmed, for instance, and we don’t want to blast people miles away and induce complaints. Our concerns are to not only to give the attendees and experience to enjoy and remember, it is also to respect the neighbors and adjoining community by minimizing the sound radiated offsite.  This is no small or simple task to balance these two very important aspects. 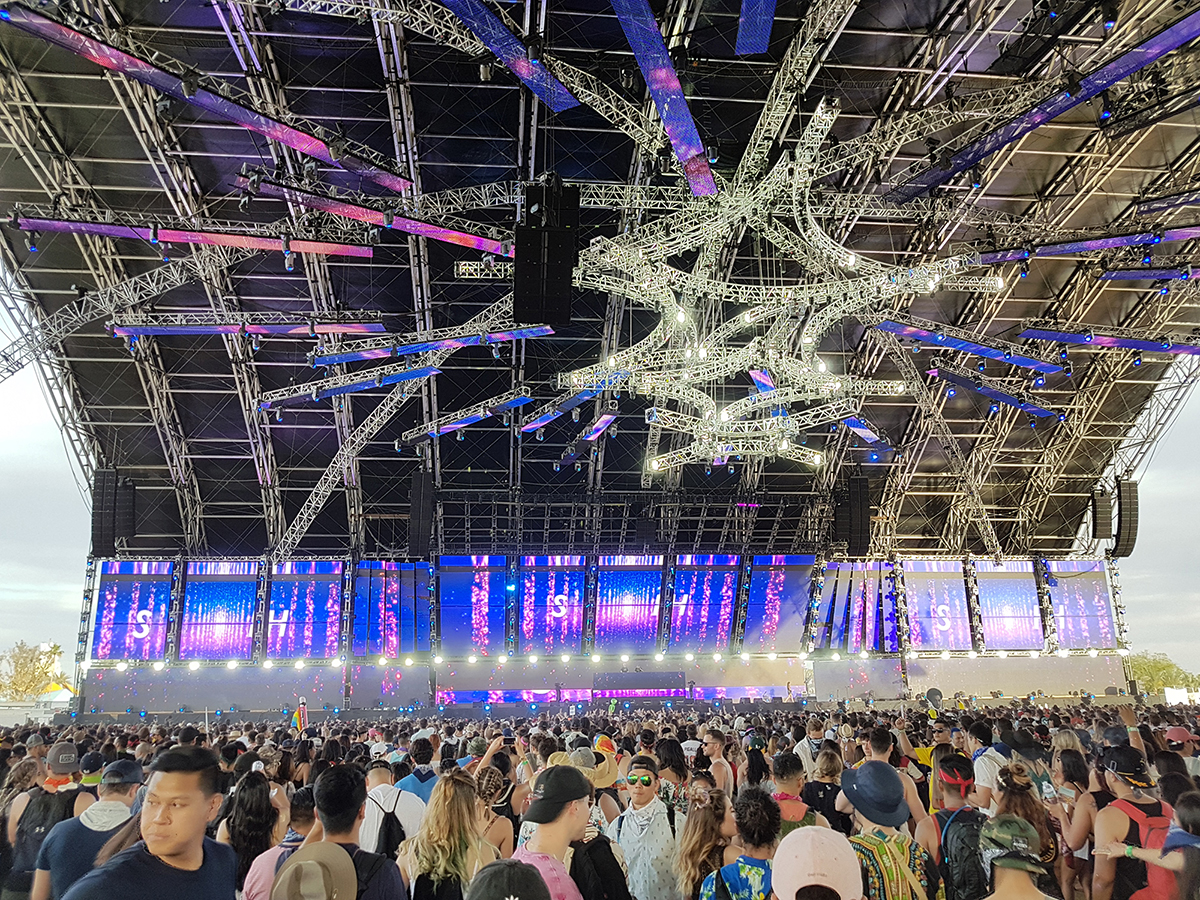 Deep Possibilities
Rat knows that he has yet to reach the full potential of what the M-Force motor and the SuperSub design can achieve. “To use the SuperSub to its full potential, I would need to work with an artist who writes music that utilizes its full frequency response,” he says. “Right now, most music is designed for existing hardware which tends to struggle below 30 Hz, so if you have loudspeakers that go lower than anything else, that’s an area that has been relatively unexplored.” Rat sees exciting opportunities to reproduce frequencies that we already enjoy in the natural environment. “As it stands nobody even makes a pro touring speaker that will reproduce the fundamental low C note on a piano — at around 16 Hz. But with Powersoft M-Force, that’s finally within reach. We’ve got to do this!”

In the meantime, Powersoft’s M-Force will continue to help Rat deliver memorable sonic experiences everywhere he takes his SuperSubs. “Coachella is a great festival because each year it really pushes us to come up with quality solutions that take things to the next level,” he says. “They ask us, ‘How can we make it better than last year, how can it be the best? And by pushing us they enable us to push the whole industry to bring things to the next level. It’s fun and exciting for us to utilize new technology like the M-Force to create an experience that will be special and memorable for so many people.”

Francesco Fanicchi, Brand and Communication Director for Powersoft adds: “We are thrilled that our M-Force technology is once again at the cutting edge of sound design at Coachella, this time playing an integral role in the way that tens of thousands of fans are able to engage and interact in a major festival sound experience. It is especially validating to our engineering team to know that we are able to bring such a massive sound experience to new heights through our innovation and design.”
www.ratsound.com  |  www.powersoft-audio.com
related items