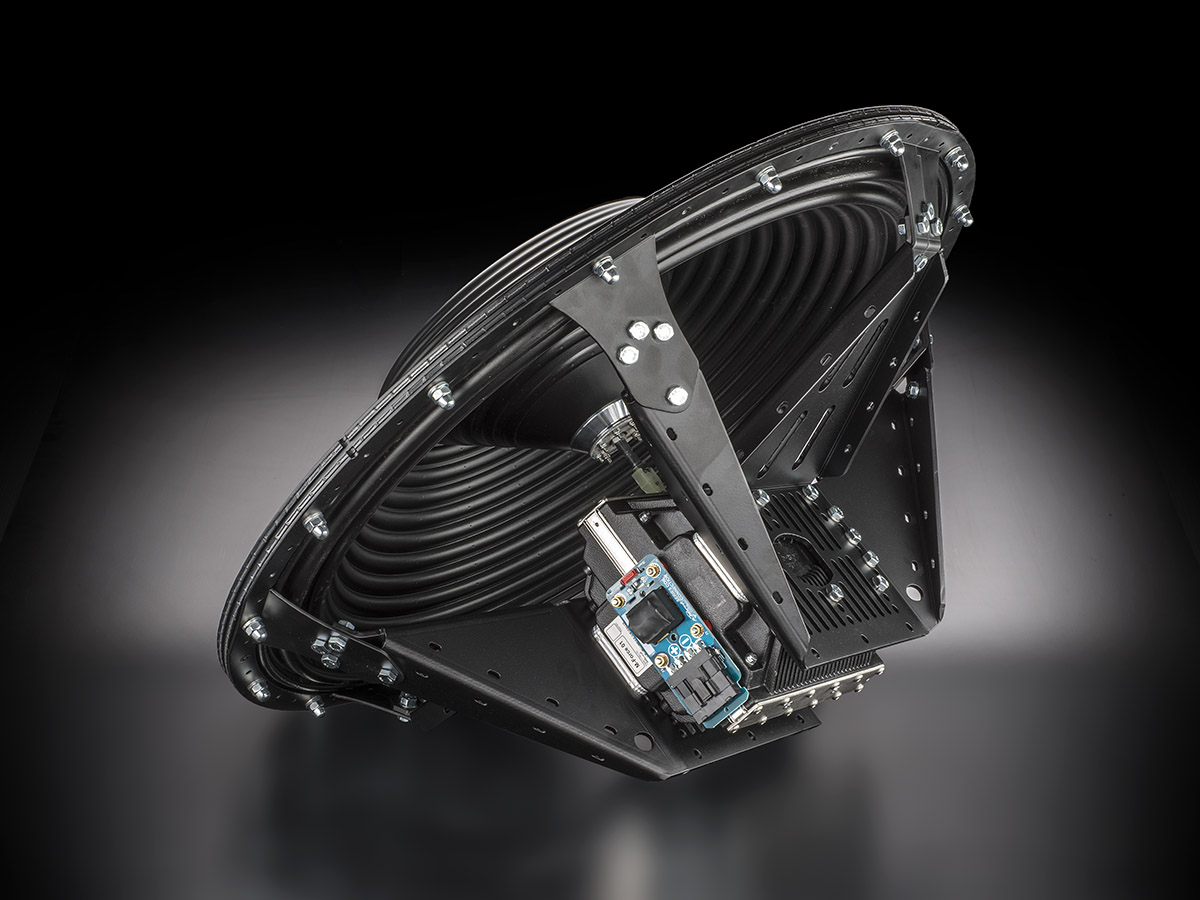 Switching mode amplification is still a relatively untapped source of unexploited potentials, one of which is its ability to drive rather peculiar loads, such as the M-Force: a transducer that behaves in a completely different manner when compared to traditional speakers.

M-Force redefines the notion of a traditional transducer, with its parallel moving magnets generating linear movement, surpassing all the limitations brought by the need of purposely wasting power in order to move the mass of a moving coil.

This linear movement is achieved without the aid of any rotary to linear converter, making the M-Force a native push-pull device, capable of delivering perfectly symmetrical performances. The sheer force alone allows to drastically reduce cabinet’s volume to SPL ratio, whilst retaining outstanding sound performances, allowing for extremely deep and defined low ends.

Capable of handling forces up to 20 times greater than its conventional counterparts, when compared to traditional transducers M-Force unleashes a whole new spectrum of application possibilities that is not necessarily limited to the audio realm. Powersoft's new M-Force comprises a series of new added solutions aimed to simplify the workload of OEM manufacturers. 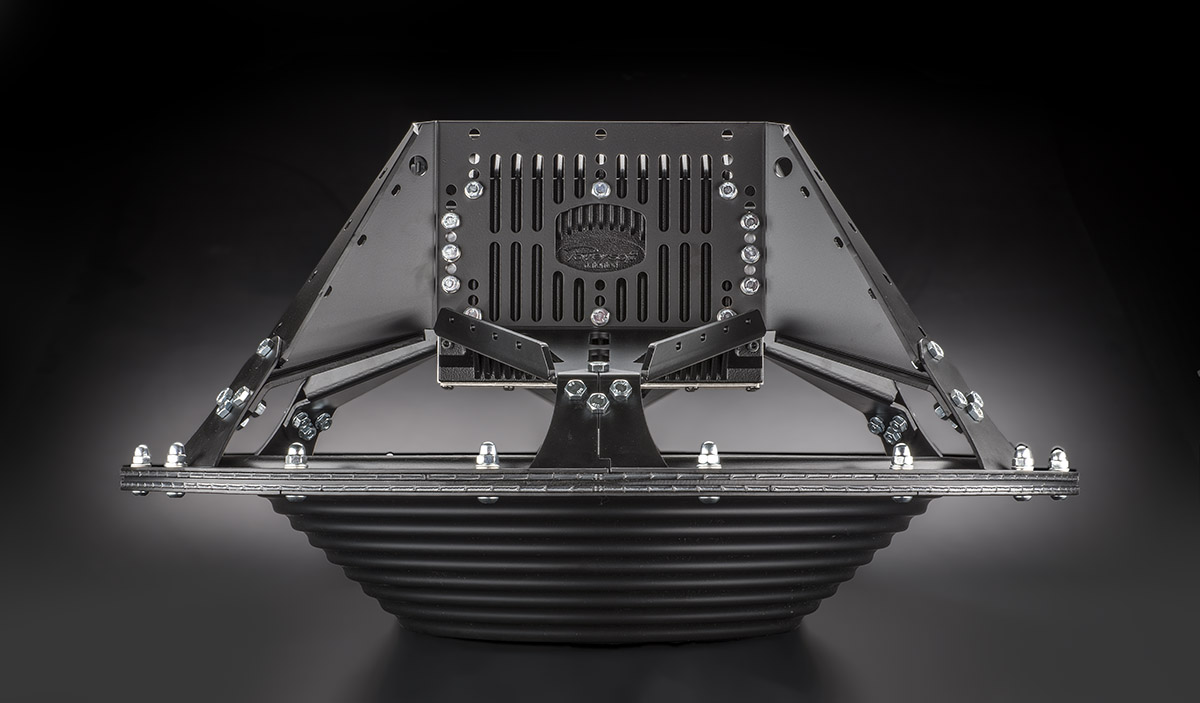 Embraced by many leading audio brands who recognized the solution's unmatched power and versatility, M-Force currently enhances subwoofer designs from companies such as MAG Audio, FunktionOne, EAW, ATK, Aura Audio, D.A.S. Audio, PK Sound and Equaphon to name a few. The technology is already at the heart of major applications, including the world’s largest sub installation at the Avalon nightclub (Los Angeles, USA), and has been instrumental to a number of concerts and tours (Red Hot Chili Peppers, Caparezza), music festivals (Ultra Miami, Raumarock, Helsinki Pride), as well as global events such as the Super Bowl and the Grammy Awards. Its versatility is such that it is also used in cinema applications while in Iceland, M-Force recreates earthquake movements in the LAVA Centre.

According to Powersoft, the new M-Force design will allow a simpler implementation, with the motor matched to the finest of tolerances to a purpose-built diaphragm, through a newly designed coupling and a lightweight chassis, thus also improving thermal dissipation. The work of OEM manufacturers implementing the technology will also benefit from the improved magnetic spring action, where the motor and the magnets alone are now tasked with delivering a linear movement without the need for an external spring. The new design also features high voltage connectors, integrated within the motor itself. 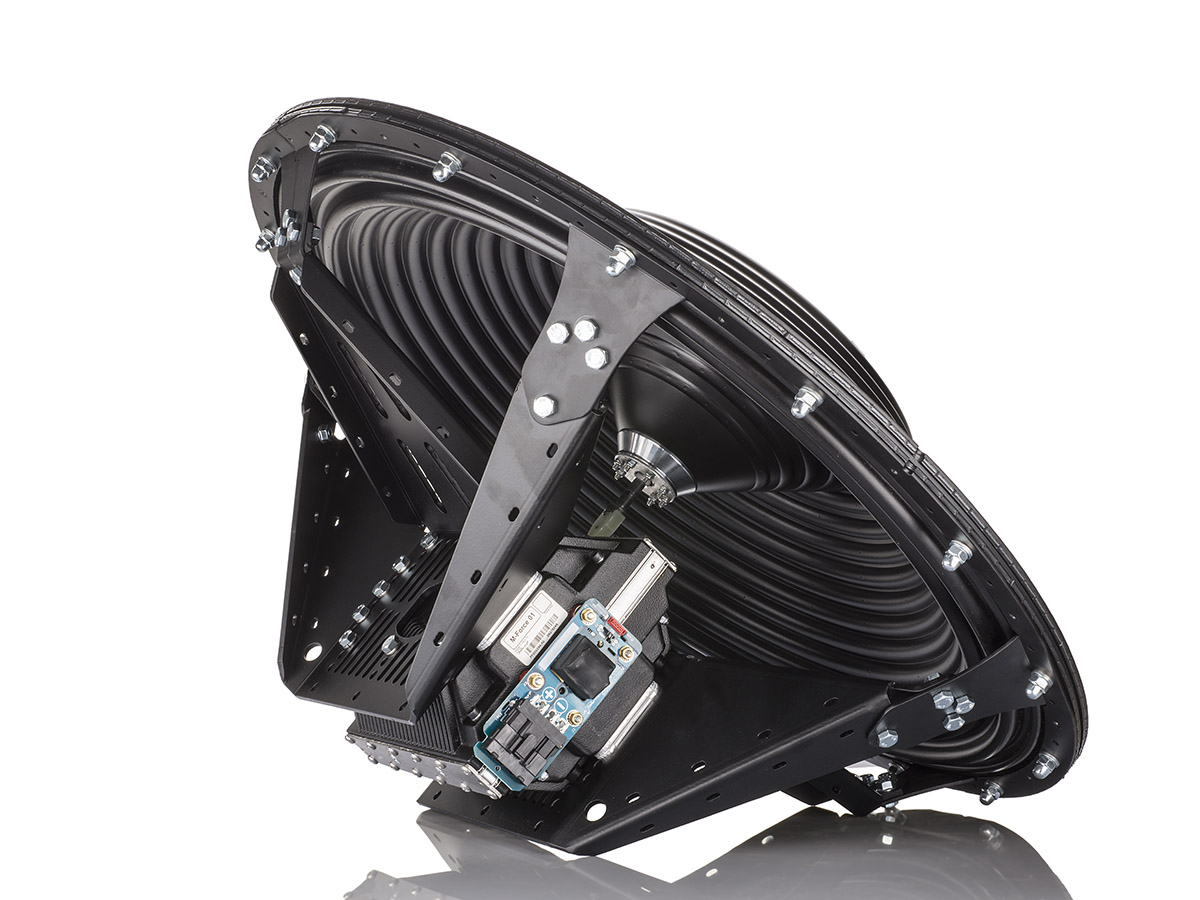 System Details
Announced as M-force 301P01, the unique and innovative transducer has been updated and is now available as the M-force 01 long throw linear motor for infra sub applications and the M-force 02 short throw linear motor for high acceleration applications. With longer linear displacement, M-Force 01 is the perfect tool for direct radiation and bandpass applications, enabling manufacturers to keep cabinet sizes to a minimum whilst allowing for flawless infra-bass reproduction. M-Force 02 is designed to grant reliability under extreme loads, such as bandpass applications and loaded horn configurations.

Visitors to Prolight+Sound 2018 will appreciate the developments to M-Force 301P01 which is engineered in a robust, factory assembled package, to simplify implementation. As Claudio Lastrucci, Powersoft’s R&D Director, states “I’ve always considered power amplification, signal processing, and transducer design in loudspeaker to be one single entity in the pursuit of performance. There’s no division between one domain and another because this would limit the evolution of the products to small changes that don’t add up.”

M-Force is configurable as a full system, comprised of M-Drive which fully exploits the potential of M-force to squeeze all of the available power granted by switching mode amplifiers. The most powerful amp module ever built, M-Drive is uniquely conceived to drive reactive loads. M-Drive can be equipped with any Powersoft or third-party DSP solution, and integrates Differential Pressure Control Sensor technology (DPC) used in both IPAL and M-Force systems.

Powersoft’s patented DPC allows a differential pressure signal, acoustically obtained from the two sides of the moving loudspeaker membrane, to be fed to the amplifier just as any other electrical feedback signal, thus overcoming one of the greatest limitations to the achievement of outstanding acoustical performance. In turn, Powersoft’s Zero Latency DSP provides an innovative architecture that ensures an astonishing 10μs latency on the critical feedback paths allows analogue type feedback approach with the flexibility of a DSP core.

Each element of the M-Force system, as every OEM product from Powersoft, is configurable with Armonía ProManager, Powersoft’s dedicated software tool. With Armonía Pro Manager, OEM manufacturers can initialize the system so that it shows proprietary brand information in Armonía, including series and model name, image and the serial number of the product.

The new design will be unveiled at Prolight+Sound 2018 (April 10-13), in Frankfurt. Powersoft will be located at Hall 3.1 (Booth C17).
www.powersoft-audio.com
related items