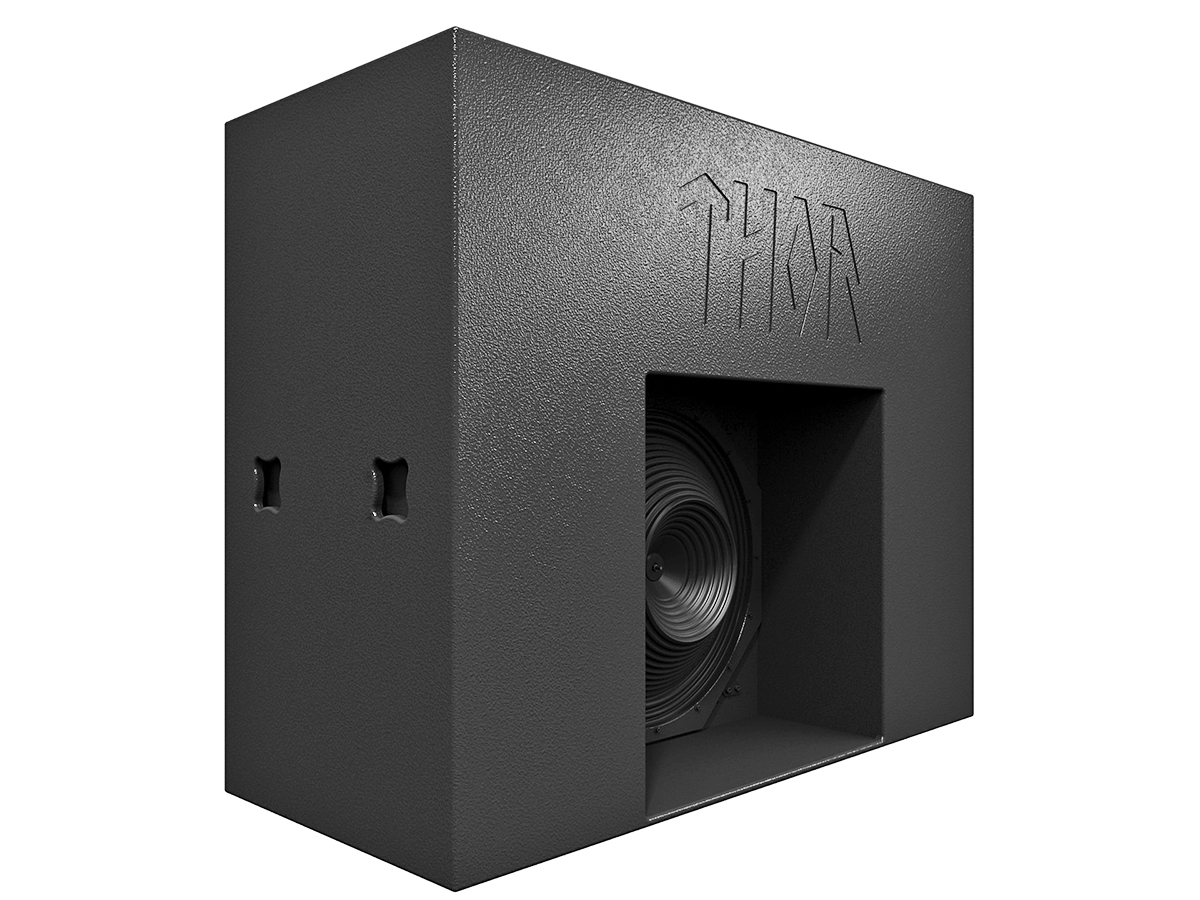 The new MAG Audio THOR Cinema Subwoofer has the capability of outputting an exceptional 5000W of nominal amplifier power and marks the entry of the Italian manufacturer’s groundbreaking technology into the cinema world.

When the engineering team at MAG Audio set out to design MAG THOR, they had only one goal in mind — to impress and captivate the cinema audience. “The entire history of cinema development is aimed towards that, and the sound system is no exception. The future lies in a smarter approach to whole system design — such as modern 3D immersive sound formats or in decisively new technology — and M-Force offers a giant leap forward”, comments Ivan Kuzmenko, Audio System Engineer at MAG Audio.

From the moment that Powersoft’s M-Force was announced Kuzmenko knew this would lead the Ukrainian company a step nearer to that "Holy Grail." “Because of its unique combination of massive SPL, subsonic frequency response and extremely low distortion, this would give MAG THOR the capability of uncovering cinema soundtrack features that no conventional subwoofer can — detail which the film director and sound team intended while working in the studio but which are rarely available to cinema patrons.” And this is the message that the MAG Audio sales team intends to leverage to impress exhibitors looking to immerse their audiences in a new sense of realism. 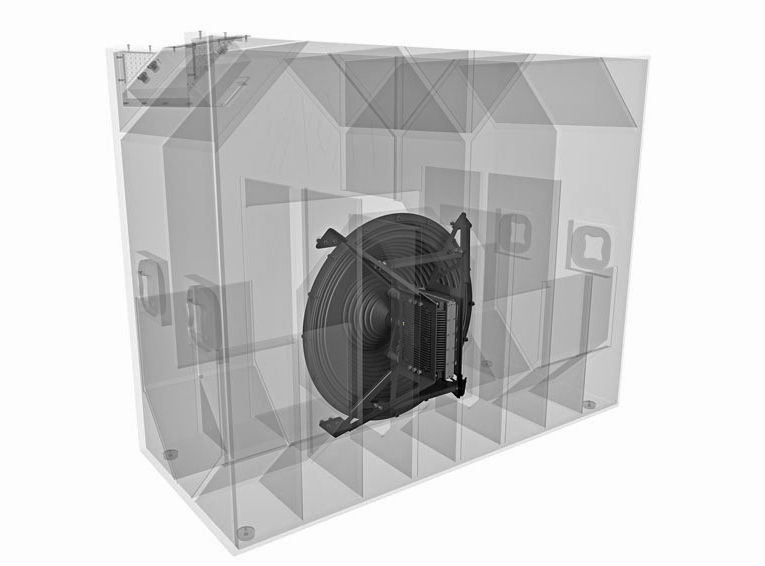 “Simply put, we are replacing the weakest link, the voice coil. M-Force moves a lot of air through linear displacement — which is exactly what is needed for immersive subsonic effects with modern cinema tracks. 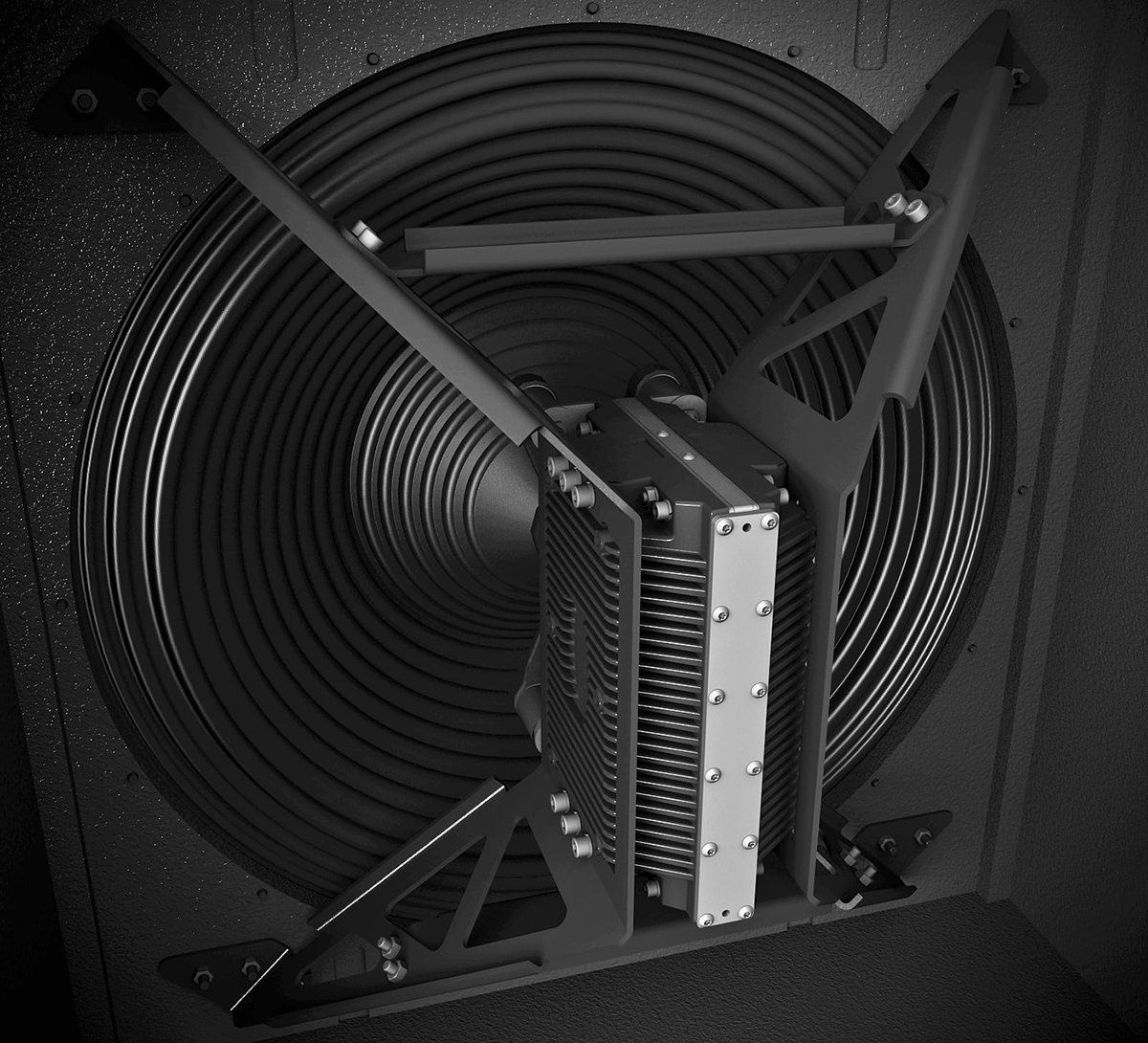 “Last, but not least, the transducer offers extreme reliability because of its rigid design as well as dedicated built-in amplifier with DSP, providing all necessary protection and system fine-tuning.”

But for all its technological wonder, M-Force still had to meet MAG Audio’s challenging requirement, as they had preset the MAG THOR to confidently playback low frequency effect channels down to 20 Hz. “It also had to outperform no less than two typical dual 18” cinema subwoofers in terms of SPL. With 18 Hz (-3dB) threshold and 145 dB of peak sound pressure, these were easily achieved,” Kuzmenko confirmed.

But with so much air displacement and compression, a further challenge was to assure the rigidness and structural integrity of the enclosure. The MAG THOR subwoofer cabinet involves harder and thicker materials and more internal bracing than a classic subwoofer of this size would require. The new system can also be retrofitted into existing cinema sound setups without the need for a complete sound system overhaul, but due to the inherent additional vibration clients will be advised to secure the enclosures firmly to the ground.

MAG Audio already had extensive experience working with Powersoft in other professional audio projects, including working with the Italian company's rack amplifiers and modules over the years, enabling them to assess both reliability and performance. “Powersoft has a long history of bringing cutting-edge innovation into mass products, which is why we believe the M-Force system will take a leading place within premium class cinemas” explains Kuzmenko.

The whole development process was supported by Powersoft engineers, from visits to MAG Audio’s factory to work on early prototypes, and especially in the latter stages with final production models.

Jérôme Michel, MAG Audio’s Business Development Manager is now in charge of promoting the concept in the cinema market, a segment for which they have already created a dedicated website. Although based in the Ukraine, MAG Audio expects the project outreach to go way beyond, since the company already has installation in more than 300 cinemas, spread through 30 different countries. To broaden their marketing, MAG Audio already embarked in demonstrations of the might of MAG THOR at all the important cinema trade-shows, having first announced the innovative system during the CinemaCon 2017 show in Las Vegas, followed by CineEurope 2017, June 2017, in Barcelona.

And Jérôme is equally optimistic. “The cinema market has been constantly evolving since the roll out of digital cinema projection more than ten years ago. Cinemas are looking more and more to attract people with technical innovation to compete with the advanced home cinema market. We already have a couple of very serious cinemas and private demonstrations on the agenda, and our first MAG THOR reference will be an important cinema in Greece, with a projected installation for August 2017."