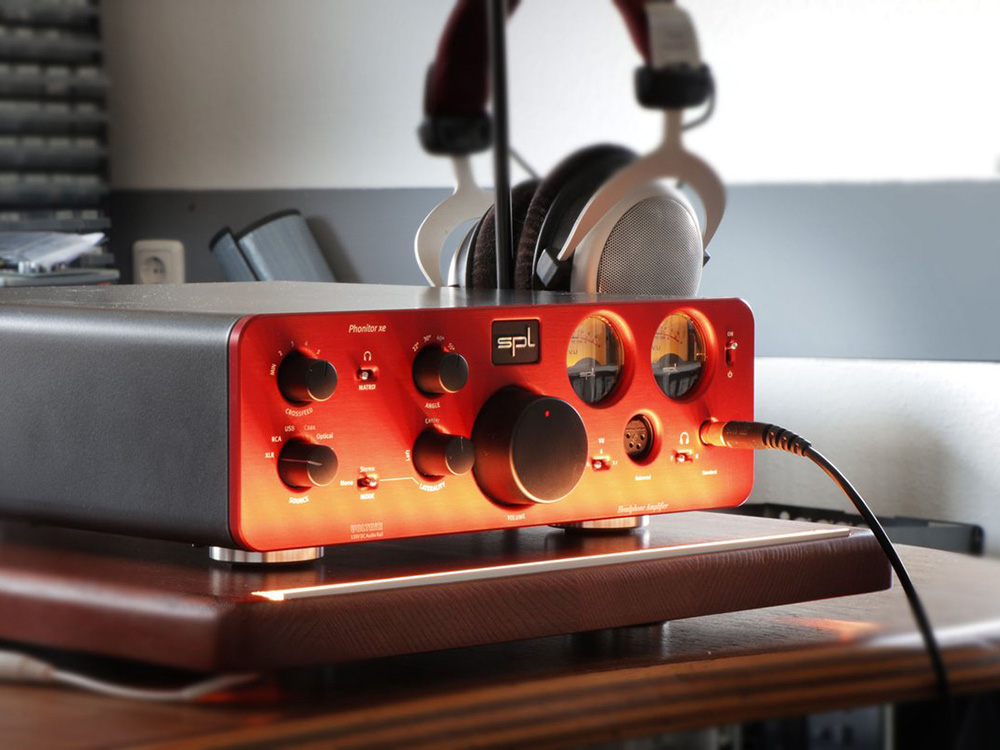 Sound Performance Lab is one of those amazing audio engineering companies with an extraordinary range of products that many people around the world never even heard of, and they should. With an extended catalog of solutions for recording studios, mastering, and a high end audio range that they aptly call Professional Fidelity, they have been around for a while but they never bother to tell the world when they introduce a new product. And because the company is always so busy developing the next big thing, sometimes we learn about something new from SPL when they launch a new model to replace the previous one...

The US market is lucky because SPL is distributed through Focal Naim North America (former Audio Plus Services) which does make an effort to market anything they have new, so eventually we learn about new SPL products (not always, because we are certain that even the distributors sometimes are as surprised as we are...). The SPL website is very rich in long, informative videos... in German, but the company's biggest problem is not telling the world when they launch something (!).

Anyway, we just learned through the company's social media pages (where we stole the lead photo from) that there is a new headphone amplifier from SPL, called the Phonitor xe, which looks exactly like the previous ones (that's another problem...) but is in fact completely new. And since the new Phonitor xe will be introduced at High End 2019 in Munich (May 9-12), we can't say much yet. 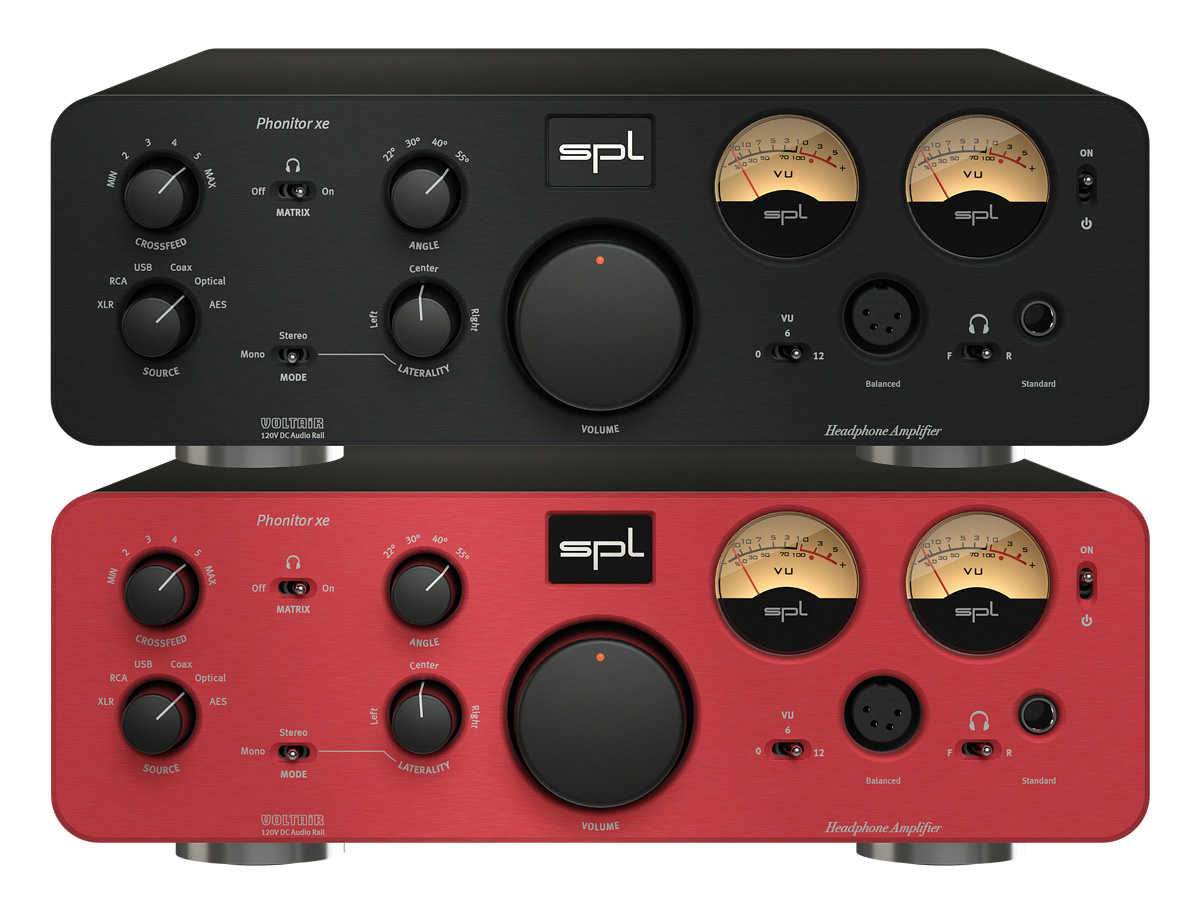 SPL apparently designed the Phonitor xe taking the best parts of their previous Phonitor designs and making a model purposely specified for the headphone enthusiast market and not the professional studios. Because of that, the Phonitor xe includes updated specs and can be - optionally - equipped with a brand-new DAC768, of which we know nothing. We can just adds that "this optional internal Uber-DAC qualifies the Phonitor xe to convert with outstanding sonic performance," as the company says and we have to believe.

More important, this unit supports an audio resolution of 32 bits and PCM sample rates up to 768kHz as well as DSD, up to DSD256, while the previous Phonitors were 24-bit/192kHz PCM only. And of course in the best SPL tradition, the analog side of the converter is also top-notch, using an active Lowpass-Filter built using the 120V technology that the company's founders have pioneered.

Following the success of the Phonitor range in the hifi market, the Phonitor xe was optimized for the enthusiast user profile, who just enjoys listening to music on headphones and doesn't need the preamplifier of the Phonitor x, but still appreciates the nice VU meters and the fully featured Phonitor Matrix that produces a loudspeaker equivalent playback on headphones, and which are not present in the Phonitor e compact version.

Otherwise, the Phonitor xe is truly the flagship headphone amplifier from SPL offering everything one could wish for, including balanced analog inputs (Neutrik XLR) and unbalanced in RCA's, together with digital inputs in coaxial SPDIF, optical TOSLINK, and USB (B type connector) - which provides the extended PCM and DSD 4 (DoP) support. There's even an AES digital input with support for 192kHz PCM. The headphone outputs are standard 1/4" jacks in the front and rear and there's a balanced dedicated output in Neutrik 4-pin XLR connector. 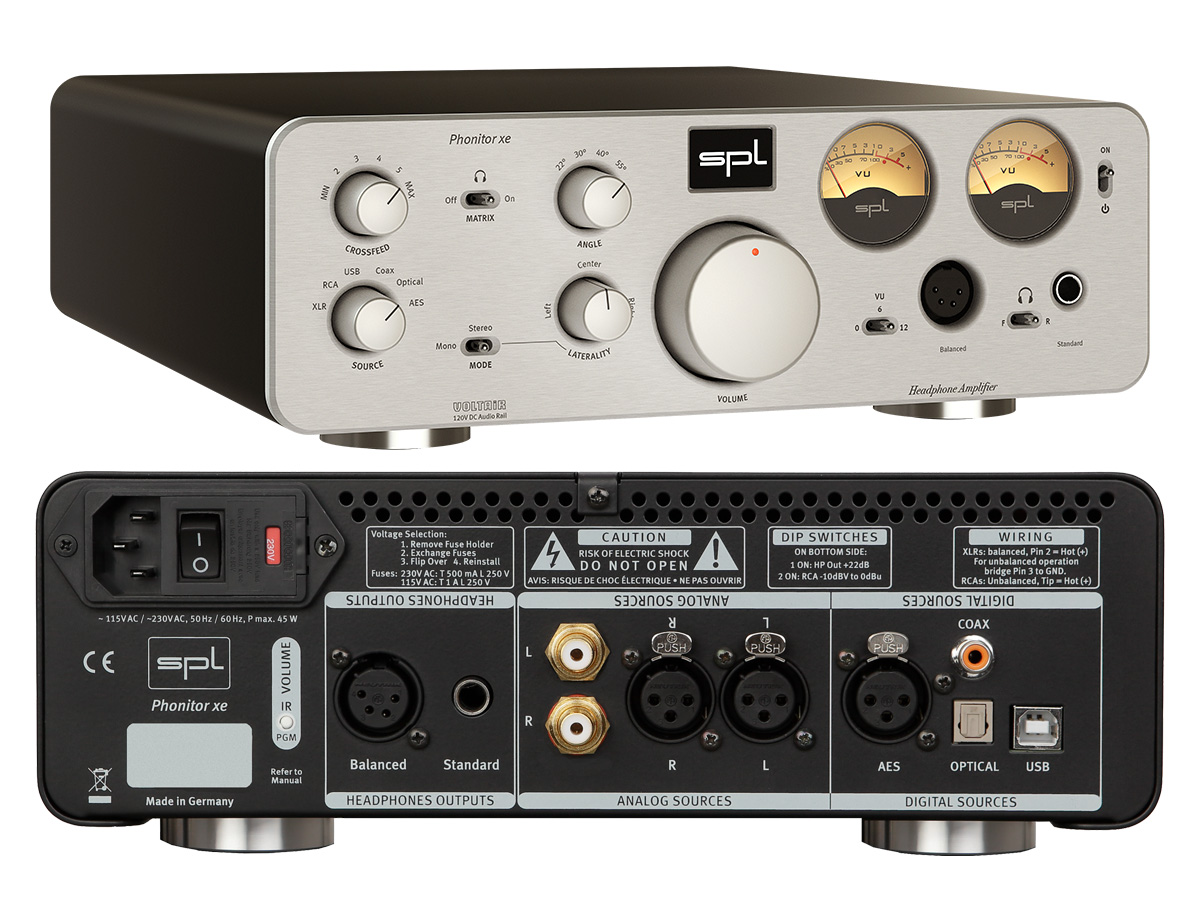 The Phonitor xe is available now in black, metalic red and silver, for approximately 2,000 USD / EUR, or 2.799 EUR with the optional DAC768. Any other audio company launching a product like the Phonitor xe would send a press pack to all the media two weeks in advance, promote a press event at High End Munich, and throw a huge party to celebrate...
www.spl.audio | www.audioplusservices.com
related items