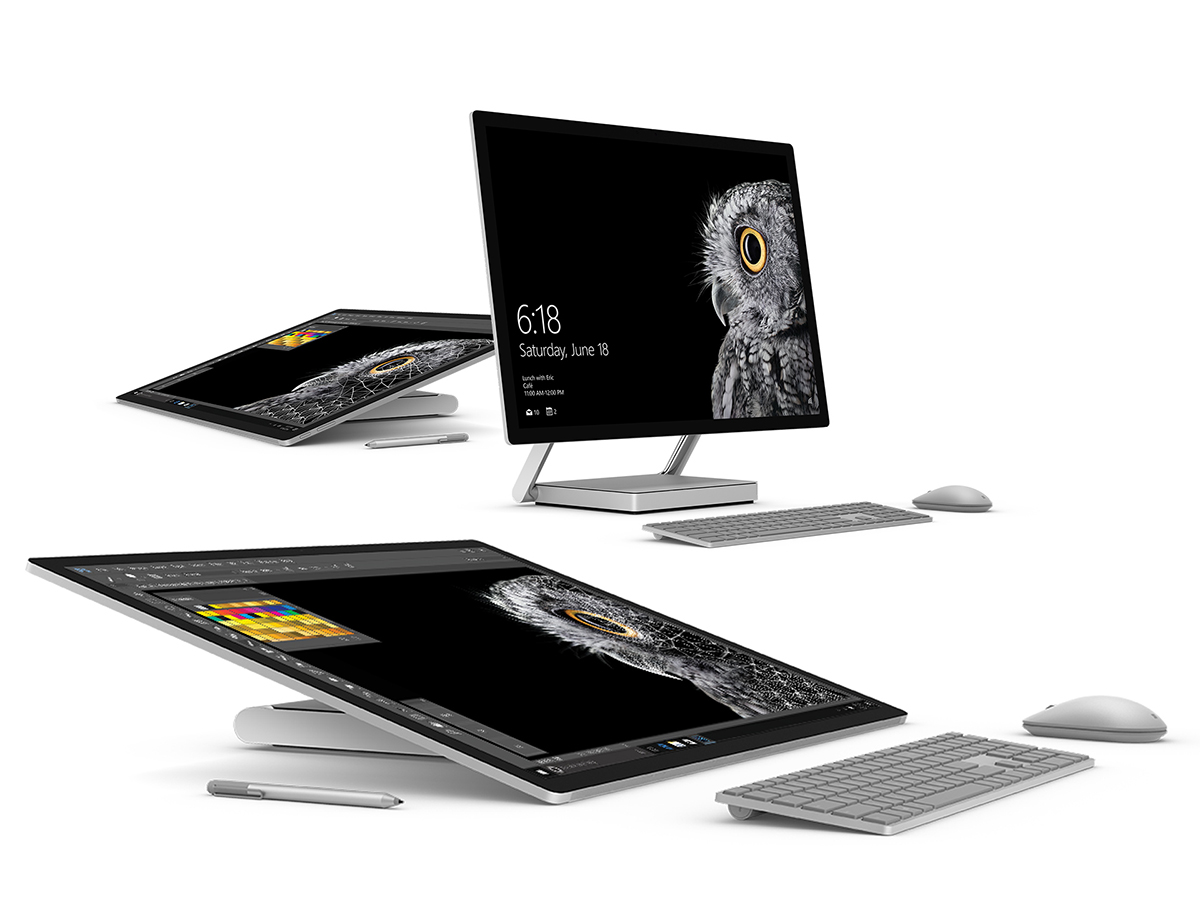 Focused around the new Windows 10 Creators Update operating system, designed for creativity and gaming experiences, Microsoft unveiled what could be considered a broad vision for its own software/hardware ecosystem, now that Redmond is no longer solely focused on third-party OEM PCs and is increasingly building completely integrated systems, from consumer mobile to professional solutions.

The announcements are said to “empower a new wave of creativity” with a major update coming to more than 400 million Windows 10 devices and the introduction of Surface Studio, Surface Dial and a more powerful Surface Book laptop/tablet hybrid. First and foremost, the new Surface Studio is a new class of device that transforms from a workstation into a powerful digital canvas, unlocking a more natural and immersive way to create on “the thinnest LCD monitor ever built” - which is not true. The new design, which expands the Surface family into the realm of “very big” touch-screens, features a stunning ultra-HD 4.5K screen, which also supports a  Surface Pen, touch and the new Surface Dial — a new input device designed to enhance the creative process, directly on the screen.

Announced to be available as a free update in early 2017, the Windows 10 Creators Update will introduce new experiences in 3-D and mixed reality, and “empower every gamer to be a broadcaster.” And with the Creators Update, Microsoft Edge will be the first browser to fully embrace 3-D. “At Microsoft, our mission is to empower every person and every organization on the planet to achieve more,” said Satya Nadella, Microsoft’s CEO. “With Windows 10, Microsoft Surface and the medium of Mixed Reality, we aim to empower the builders, the makers and the creators with the tools to create, collaborate and express themselves in new ways.”

According to Microsoft, the Windows 10 Creators Update was designed “to bring 3-D to everyone.” It includes the new Microsoft Paint 3D software, building on the popularity of the original Microsoft Paint, now in 3-D. The company also introduced a new online community - Remix3D.com - to connect creators and gamers around the world. This includes a partnership with Trimble to bring the popular 3-D modeling program Sketchup to Remix3D.com. 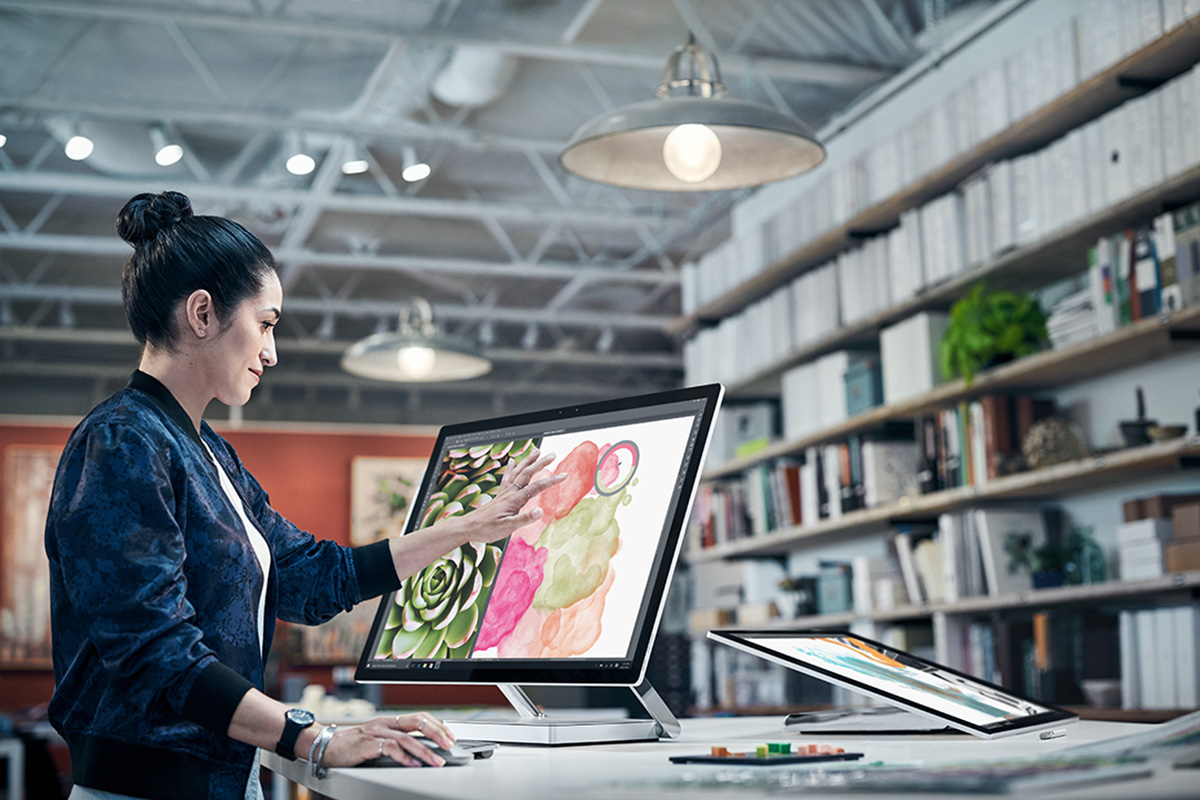 Microsoft is also adding support for 3-D in Word, Excel and PowerPoint over the next year, which means with the Windows 10 Creators Update, Office features will work seamlessly with 3-D models. One of the strategies is to enable more 3-D content to be generated for “virtual and mixed reality” applications, to expand Microsoft’s HoloLens ecosystem (their VR googles). Microsoft also confirmed that HP, Lenovo, Dell, Acer and ASUS will ship the first VR headsets capable of mixed reality through the Creators Update. Coming in 2017, these accessories will contain built-in sensors to enable inside-out, six-degrees of freedom for simplified setup at home. With the Windows 10 Creators Update, the new VR accessories will work with affordable laptops and PCs and start at just $299 USD.

Targeting “gaming and in-game broadcasting”, the Creators Update will include Beam system integration on Xbox One and Windows 10 for interactive broadcasting and viewing of gameplay on Xbox Live, with even more features yet to be announced. The Creators Update will also bring the power of user-generated tournaments via Arena on Xbox Live, where anyone can define the rules of competition, invite friends and track tournament progress seamlessly across devices, whether it’s on Windows 10 or Xbox One.

The new Windows 10 update will also introduce Windows MyPeople, to make friends, family and co-workers instantly accessible across any Windows PC, allowing to easily drag and drop any document, photo or video right on top of the contact for easy sharing. The Windows MyPeople experience will also be integrated across Universal Windows Platform (UWP) apps for easy sharing. 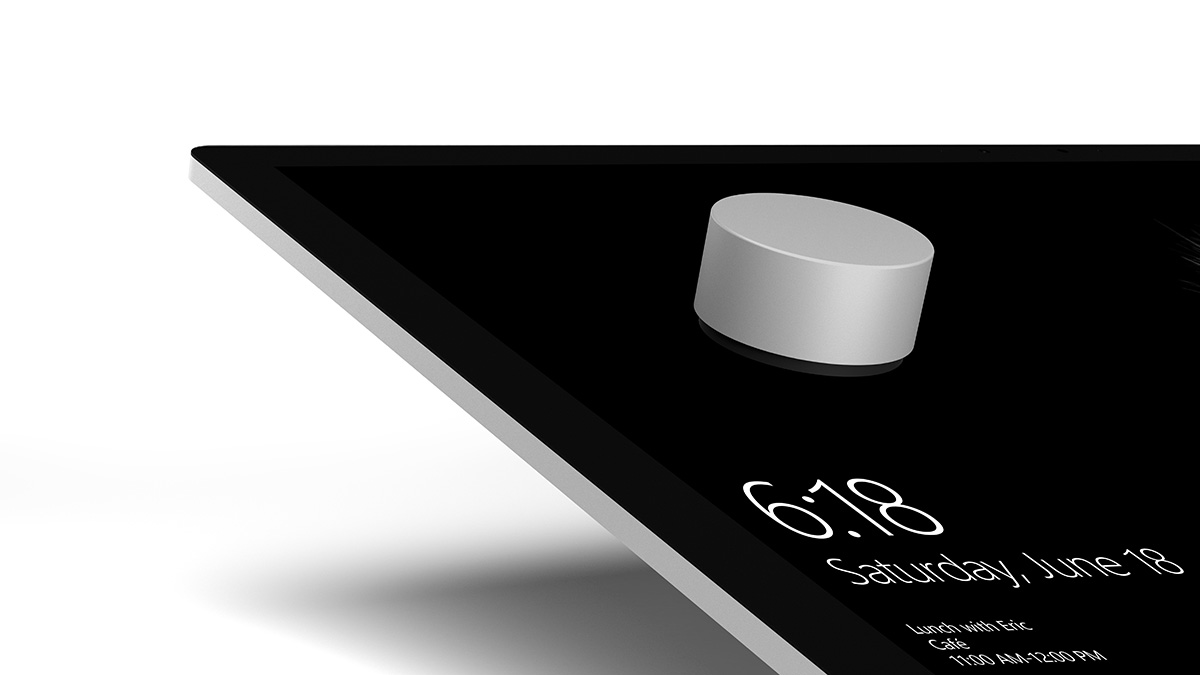 The new Surface Dial ($99) is a peripheral designed to integrate with Windows 10 and works with any Surface, allowing a faster and more intuitive way to scroll, zoom and navigate. The Dial can be placed directly on the screen to bring up a set of digital tools specific to the app that is open. For example, with Surface Dial, artists can change the color or the size of their brush tip as they paint without ever moving the pen away from the screen. Developers will be able to introduce support for their own applications.

Finally, Microsoft also introduced the Surface Book with Performance Base (prices starting at $2,399 USD), with three new Surface Book models now featuring 6th Generation Intel Core i7 processors (Skylake), more than twice the graphics processing power as the original Surface Book and expanded battery life. Note that Intel has already announced its 7th generation Intel Kaby Lake processor family, which is expected on most 2017 computer models, but not on Microsoft’s products, for some reason. 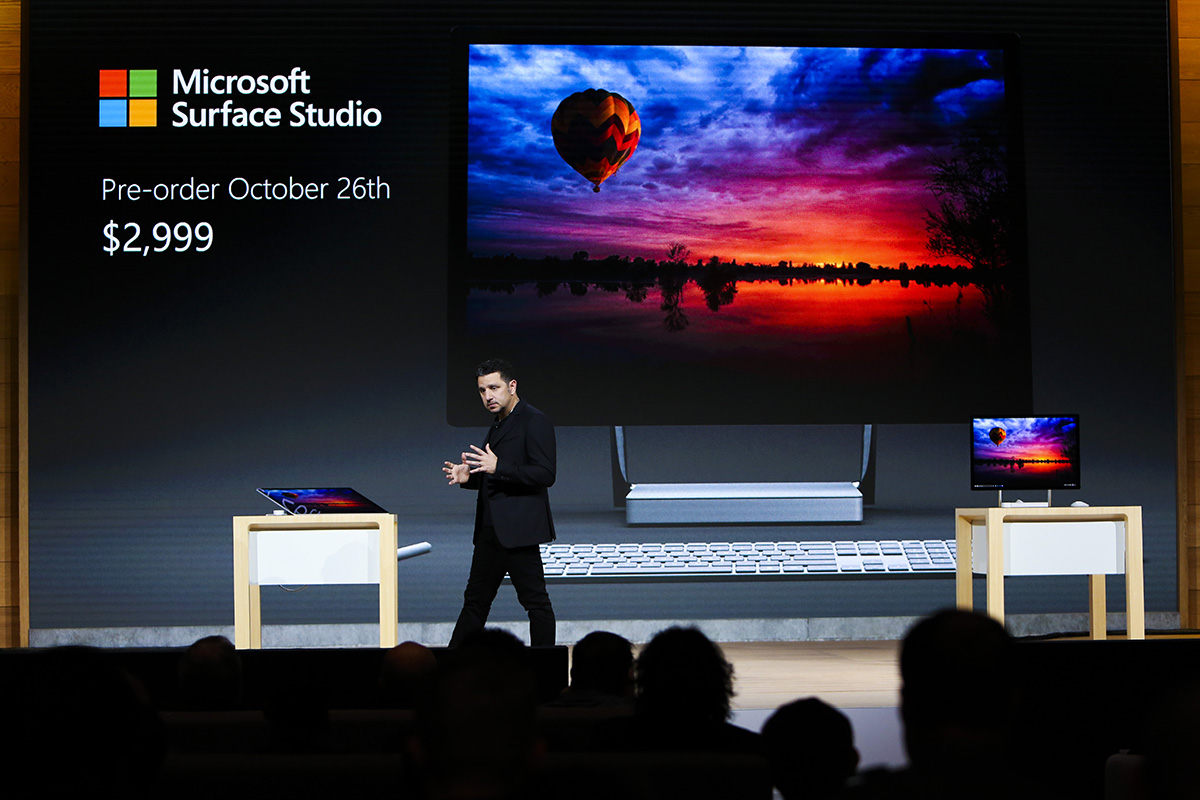 Surface Studio
The star of the show was undoubtedly the new Surface Studio all-in-one PC. The design is very clever, combining a 28-inch PixelSense Display with 13.5 million pixels (4500 x 3000 (192 PPI)) of pure calibrated color. Supporting the screen is the Zero Gravity Hinge, allowing the screen to swivel effortlessly from a vertical position to a “drawing board” position, ideal when working directly on the screen with pen or touch. When the screen transitions from Desktop Mode to Studio Mode, it sits at a 20-degree angle, the same angle as a standard drafting board, making it ideal for sketching, hand-writing and controlling tactile applications, such as a virtual mixing console.

The updated Windows 10 also allows nice security features, including enterprise-grade protection with Windows Hello face sign-in. The machine features Windows Hello face sign-in camera with 5.0 MP and 1080p HD video support. It also includes dual microphones, so that Windows users can finally Skype without using an headset, and there is even a 2.1 speaker system with Dolby Audio Premium (whatever that is…) already built-in. Users just need to connect the supplied wireless mouse and keyboard, which Microsoft (finally) copied from Apple. Yes, this a PC with built-in Bluetooth 4.0 and 802.11ac Wi-Fi.

The problem is, the Microsoft Surface Studio is a nice package full of outdated, embarrassing and even unwelcome technology for a machine supposed to be released in 2017. First because it will feature 6th Generation Intel Core processors - at a moment, when professional users will be looking for the latest 7th generation Kaby Lake processors. The Intel i5 and i7 processors are accelerated by a discrete NVIDIA GeForce GTX GPU, which is OK, but could be better for 3-D modeling and other demanding graphic applications. Important also to know that RAM can be expanded from 8GB to 32GB GDDR5 memory and, internal storage is a reasonable 1TB or 2TB Rapid Hybrid Drive.

The real serious problem is located on the base of the all-in-one design, where we can find four USB 3.0 ports, a full-size SD card reader (SDXC), a Mini DisplayPort, 1 Gigabit Ethernet port and… a 3.5 mm audio jack. Wait… USB 3.0??? Yes, that’s correct. Apparently the designers of the Surface Pro were so busy with the touch-screen details that they forgot to speak with Microsoft’s engineering department, which obviously was too busy working on the transition to USB-C but forgot to tell their colleagues.

Honestly, any new machine being introduced in 2017 without Thunderbolt 3 or even USB-C is the worst possible example for the Windows OEM PC makers and truly an insult to Intel’s efforts. They didn’t even listen to Intel’s recommendations regarding Skype support with basic USB-C audio peripherals! We don’t know in what world the Surface designers are living, but it will be hard to understand any professional user investing the announced $4200 USD for a nicely configured machine, and not being able to connect any Thunderbolt 3 or USB Type-C devices. Zip. Nada.

So, unless Microsoft uses the next few months to quickly review their specs, basically their really nice designs are complete garbage even before being released.
www.microsoft.com
related items