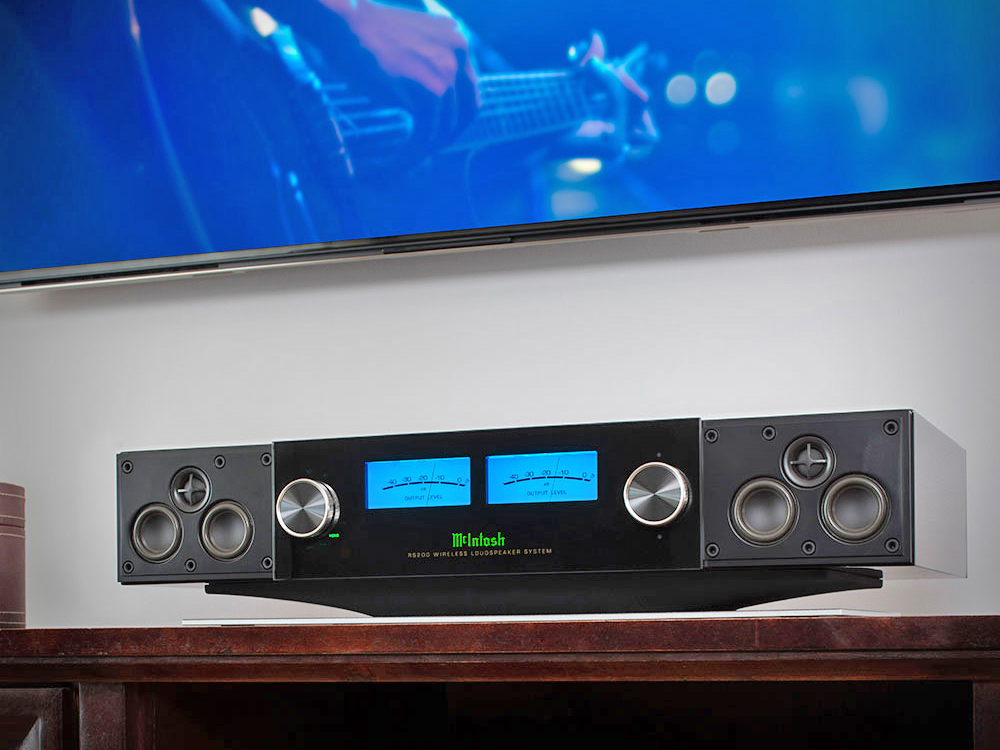 The new RS200 Wireless Loudspeaker System is McIntosh’s next generation home audio wireless speaker, said to offer "room filling sound" in a small compact integrated design that maintains the distinctive look of the company's products. Designed for a modern streaming lifestyle, it comes packed with virtually everything needed to enjoy music streamed from handheld devices, stored online or a local computer, or played from legacy audio sources.

The RS200 offers 650 Watts of total power that is delivered to 8 drivers consisting of two 4” x 6” woofers, four 2” midranges and two 3/4" tweeters. In addition, a subwoofer output is included to connect an external powered subwoofer to further enhance low frequencies. As the RS200 can be placed in a variety of locations with unique sonic characteristics, a 3-position EQ switch allows the EQ to be set based on the specific room and the user’s listening preferences. 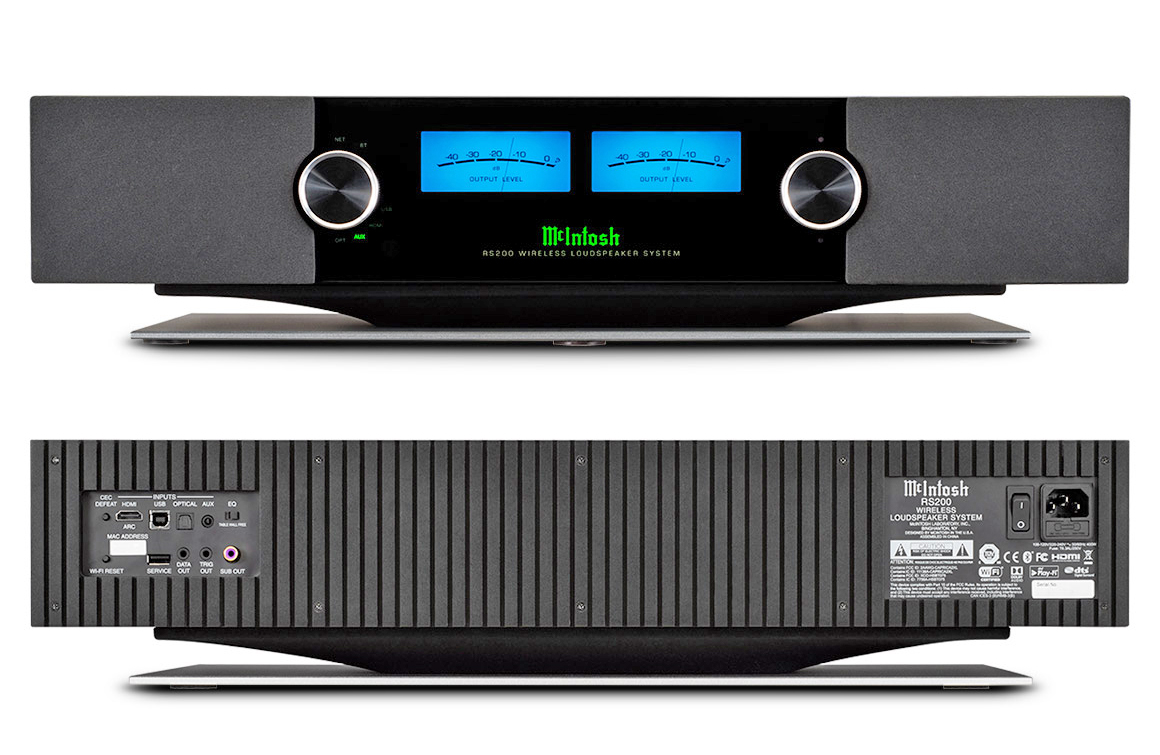 For non-streaming applications, the system has an audio-only HDMI input to connect to TVs that have Audio Return Channel (ARC) capabilities; an optical input to connect TVs without ARC as well as other digital sources; a USB Type-B input to play music from a Macintosh or Windows computer; and a 3.5mm AUX input for connecting analog sources. For enveloping home theater sound, users will be able to connect a pair of McIntosh Play-Fi compatible RS100 Wireless Speakers (sold separately) to use as surround speakers.

The addition of AirPlay 2 will certainly appeal to a whole new generation of users for the brand, allowing to control home audio systems and speakers in any room, right from an iPhone, iPad, HomePod, or Apple TV. It offers multiroom audio, Siri voice control, and enhanced playback. The RS200 is also an Amazon "Works With Alexa" certified product - meaning the RS200 does not contain any listening capabilities and relies entirely on an Alexa control device for voice control. Users simply need to speak to a third-party Alexa control device to operate the RS200 from any room.

Play-Fi from DTS has built-in interfaces for many leading streaming services including Amazon Prime Music, Pandora, Qobuz, SiriusXM, Spotify and TIDAL to name just a few. Up to four favorite Play-Fi streaming services can be stored via the preset buttons on the top of the RS200; once configured, users can quickly play the saved streaming services directly from the cloud without needing a mobile device by simply pressing the preset buttons. Users can also stream audio from wired devices connected to the RS200 to other Play-Fi devices on the same network via Play-Fi Line In Broadcasting. And Play-Fi’s Critical Listening mode allows high resolution audio files to be sent to the RS200 with no transcoding or downsampling.

Orders for the RS200 can now be placed with Authorized McIntosh dealers. In keeping with the brand's tradition, suggested retail price is $3,000 USD. Users with a large vinyl collection will probably also want to add McIntosh latest MTI100 Integrated Turntable with tube preamplifier and Bluetooth connectivity for an additional $6,500 USD.
www.mcintoshlabs.com
related items