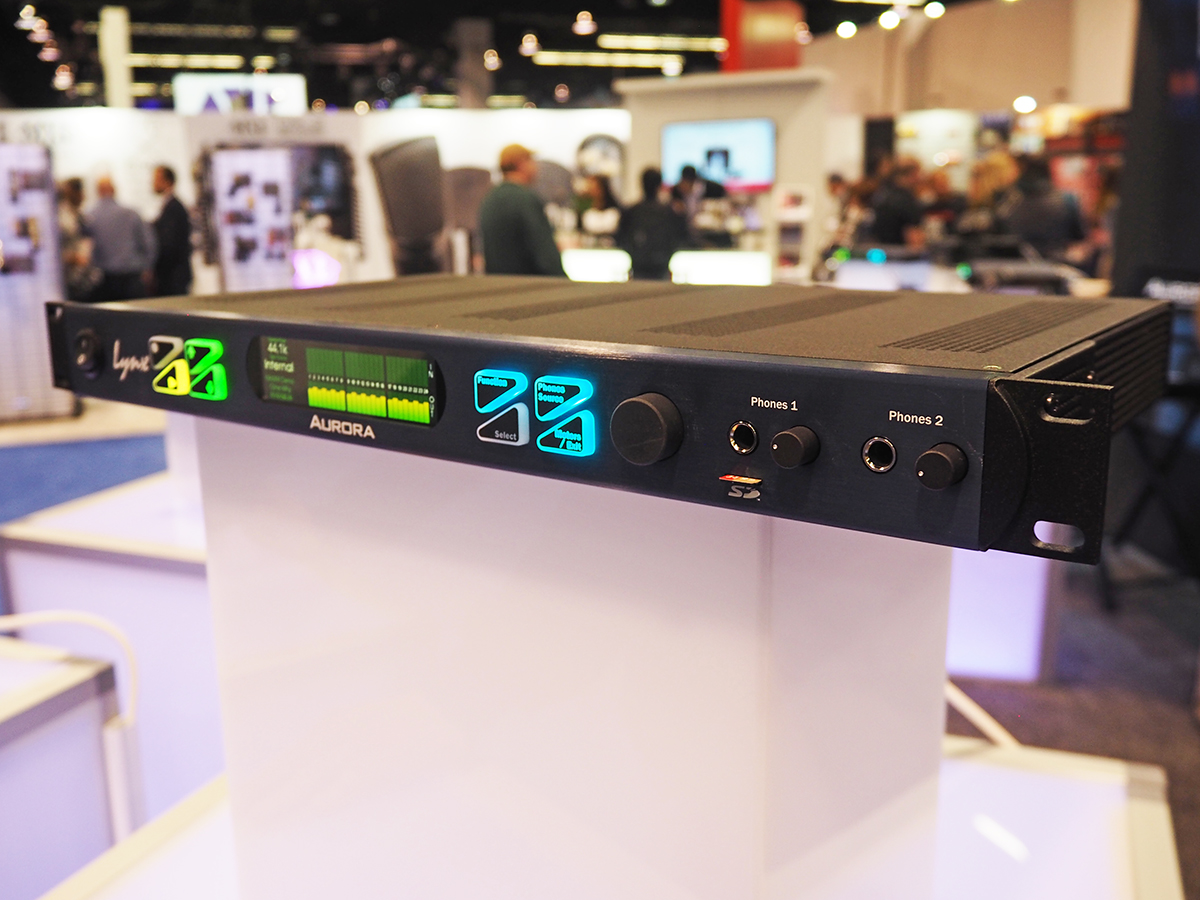 The announcement by Lynx Studio Technology of its new Aurora(n) line of A/D and D/A converters defines a major leap forward in the performance level, flexibility, channel count and features available in the converter/interface market. Representing the largest product offering from Lynx, the initial fourteen models will include models boasting up to 32 channels with connectivity options to include Thunderbolt, USB, Dante and ProTools interfaces, all in a single rack space.

The Aurora(n) converters represent the culmination of years of research and development dedicated to significantly improving upon the well-regarded Lynx Aurora 8 and 16 models used by professionals around the world. For the first time Lynx introduces a 24 and a 32 channel model along with all new 8 and 16 channel models. These Aurora(n) converters will gain new capabilities through firmware upgrades, while the LSlot expansion slots allow for a wide array of current connectivity options to include Thunderbolt, Dante, ProTools|HD, USB and future formats.

Designed to accommodate today’s needs as well as future requirements for the audio professional, the Aurora(n) features an I/O platform that can be uniquely configured using different modules. The first three of these modules will include a pre-amp, an analog summing and a digital (AES3+ADAT) module to be released in 2017. A 480 X 128 TFT LCD display provides immediate access to all levels and functions – also configurable for future functionality.

As with current Lynx products, a host of new features and capabilities will continue be added periodically via firmware updates. All units include a unique onboard micro SD player recorder capable of up to 32 channels of direct recording and playback designed for confidence and field playback and recording. In addition two audiophile grade headphone outs with independent volume control, a new 1-in 3-out Word clock I/O sporting Lynx’s exclusive second generation SynchroLock-2 sample clock technology are on every unit. 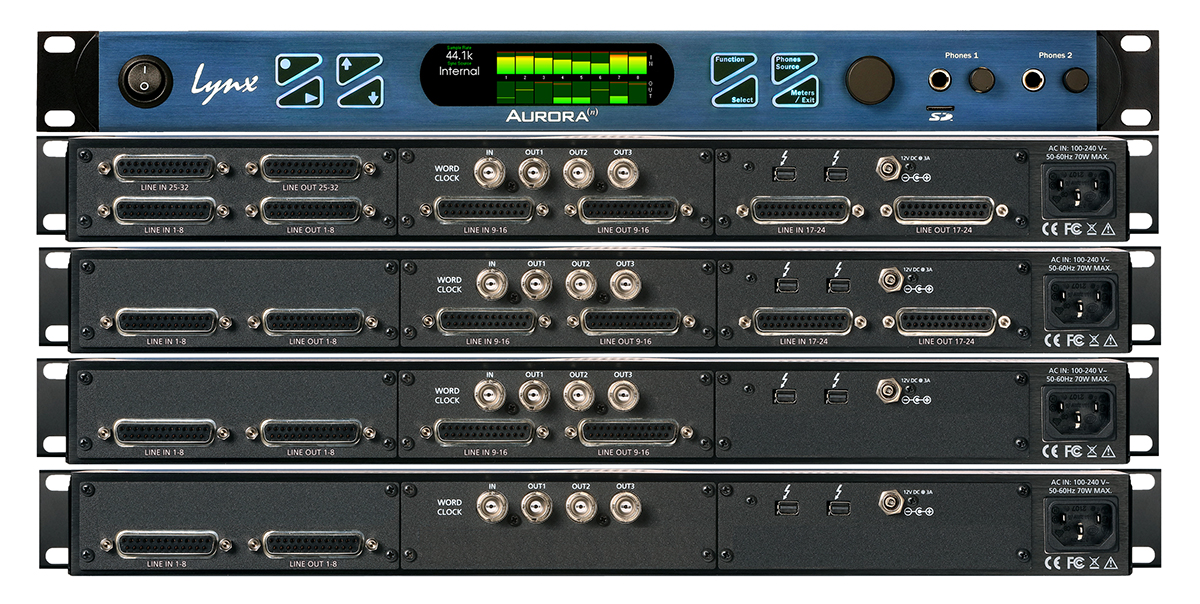 "We set out to create a new line of converters that improve performance, utility and flexibility of the current Aurora line,” stated Bob Bauman, Co-Owner and Chief Hardware Engineer. “It’s taken us a while to top these converters on the performance end, but we’ve used technology borrowed from our Hilo and combined that with the latest FPGA technology to achieve these improvements in transparency, imaging and detail. The result is a converter that not only sounds better, but also offers several unique features we know audio pros will love.”

“People always worry when investing in audio gear, especially digital gear, that it will become obsolete tomorrow,” explains Lynx Co-Founder and Chief Software Engineer David A. Hoatson. “We’ve taken strides with Hilo and Aurora to keep current with new firmware updates and new L Slot cards. The Aurora(n) will have all this, plus the ability to later add channels and I/O options like analog summing, digital I/O, preamps and more. It’s a tremendous value for our customers.” 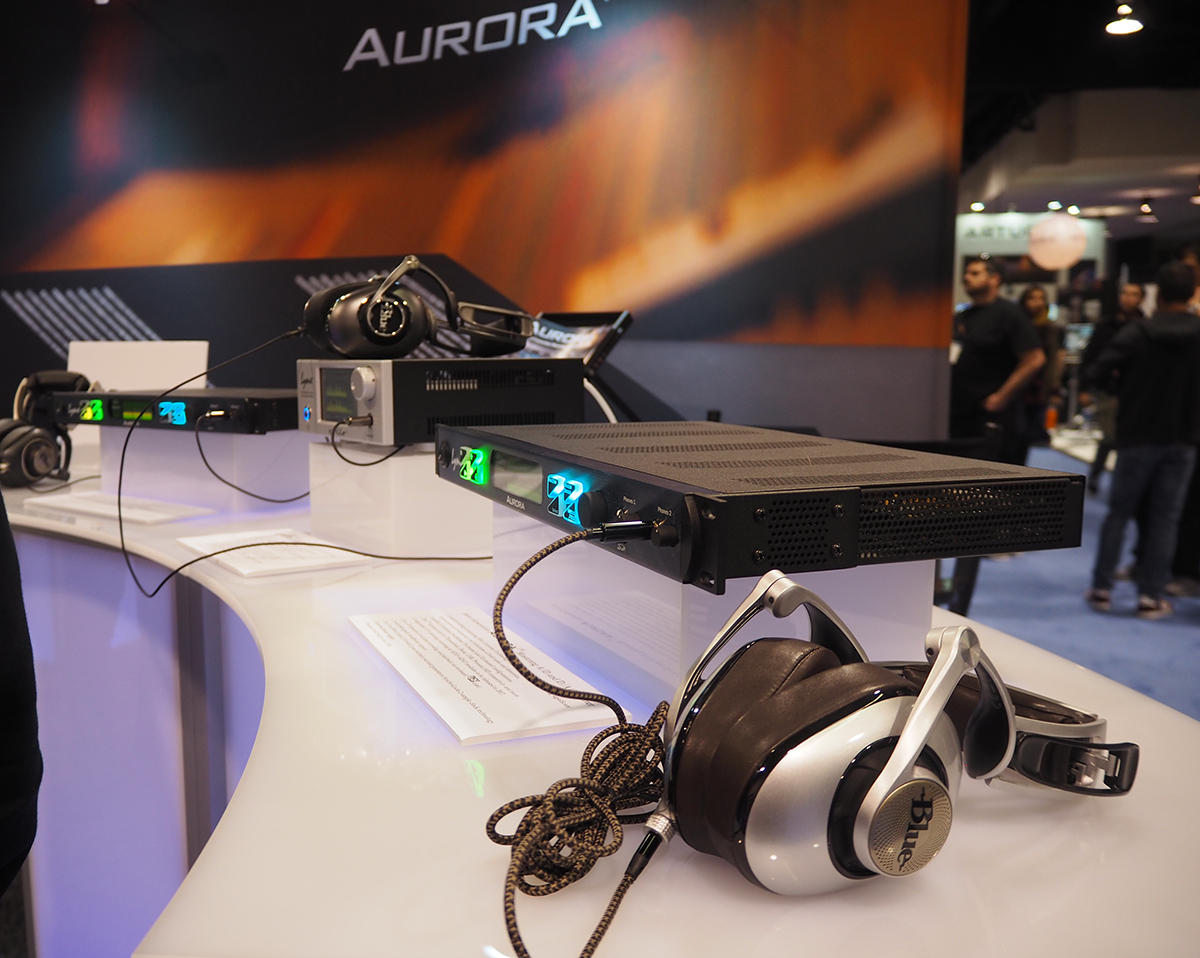