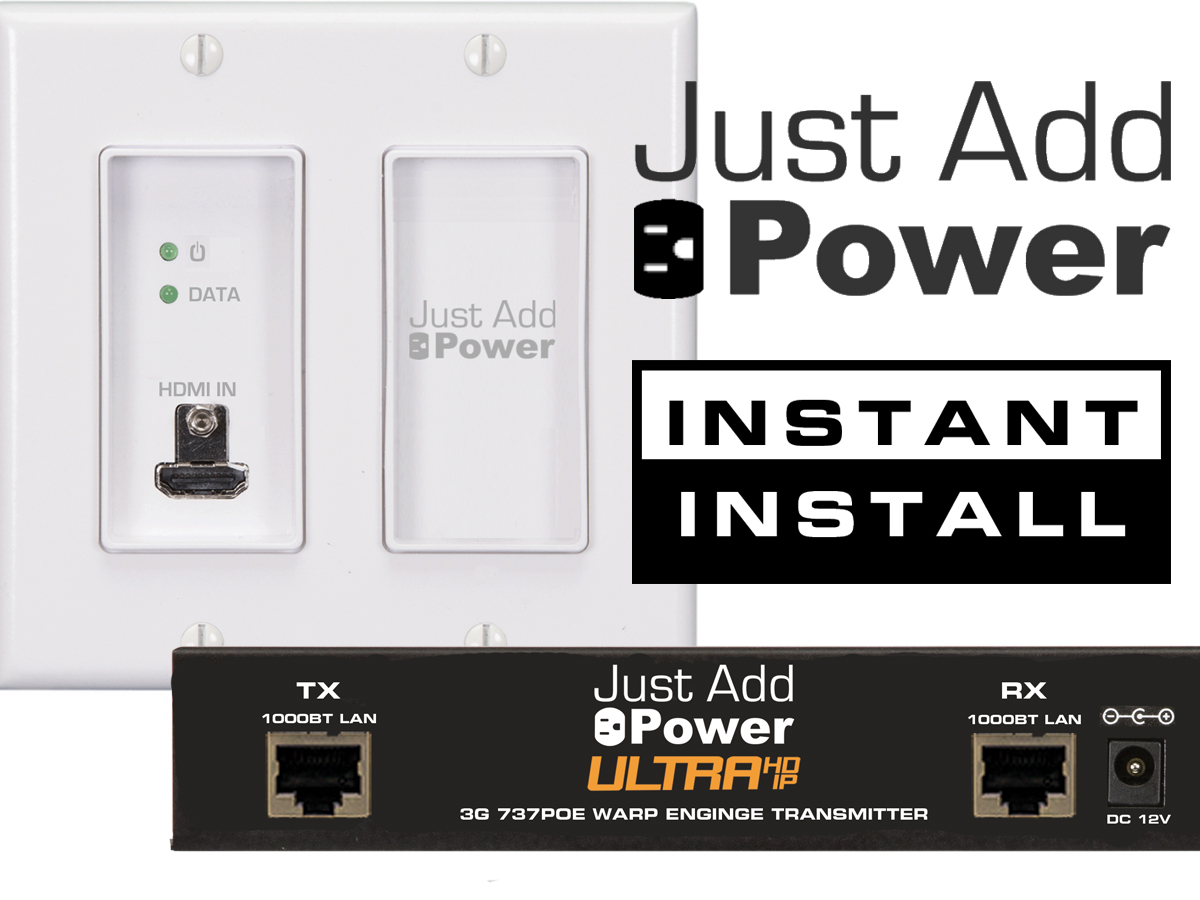 "This year at CEDIA, visitors to our booth will experience a variety of products that introduce exciting new capabilities to the Ultra HD Over IP ecosystem," says Taft Stricklin, sales team manager at J+P. "Our 767DSS transmitter adds compatibility with Dante and AES67 audio networks, while the Warp Engine allows installers to get creative with their video walls by mounting displays at any angle. In addition, the Instant Install application takes all the guesswork out of any project — integrators who have seen it in action have been floored by its speed and reliability — while our new HDMI wall plate offers a slim design for installation flexibility."

The 767DSS transmitter not only distributes Ultra HD and 4K video with HDCP 2.2 over a single Cat-5e cable, but takes Ultra HD over IP systems to the next level by adding compatibility with Dante and AES67 audio networks with separate switching of audio and video. 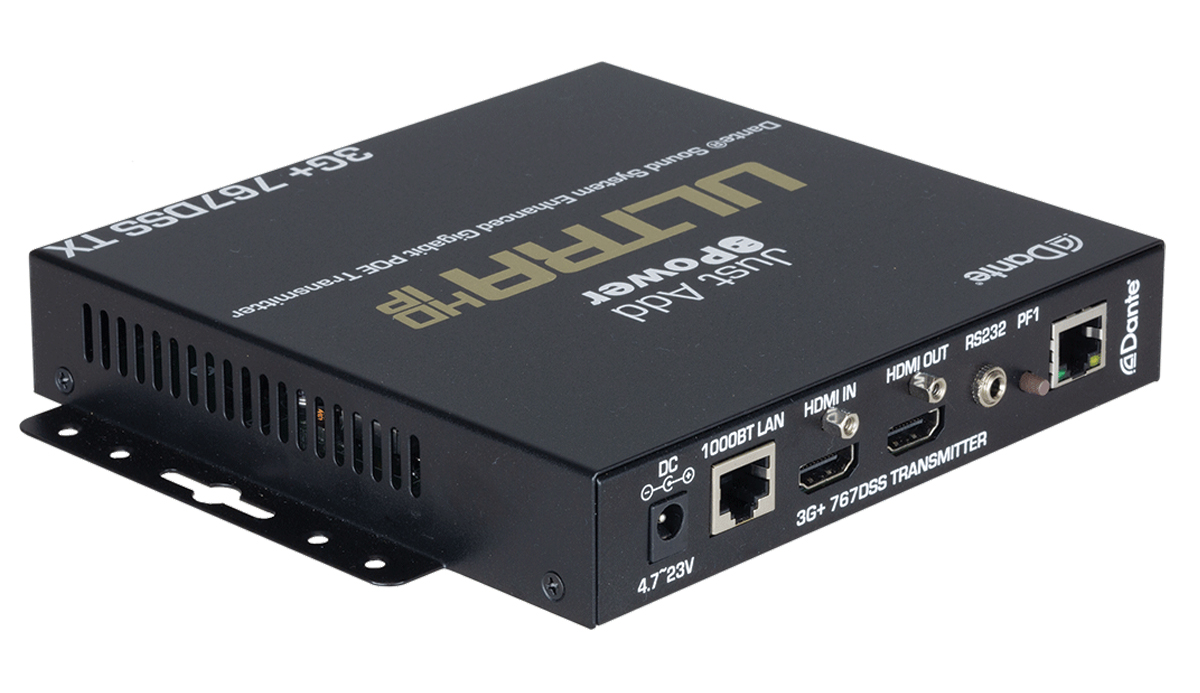 The 767DSS transmitter is the industry's first such solution to support the latest Dante eight-channel chipset. The transmitter allows installers to input up to eight audio channels from the J+P system for playout on Dante-enabled and AES67 devices and extract up to eight channels from the audio network for playout across the J+P system. The 767DSS is backward-compatible with legacy two-channel Dante and AES67 devices while offering higher performance with lower compression — bit rates of 176.4 and 192 kHz — and latency as low as 0.25 milliseconds on Gigabit Ethernet.Secondary connectivity is built-in for glitch-free performance and to provide redundancy for high-availability applications.

With the new Warp Engine, installers can rotate any HDMI source — cable boxes, media players, game systems, cameras, and more — in a J+P matrix in 0.1-degree increments in real time for incredibly low latency. The rotated image can then be sent to an unlimited number of receivers in the network, allowing for the creation of massive artistic video walls using a single Warp Engine. Fully HDCP-2.2-compliant, the unit can be added to any J+P 3G or 2GΩ/3G system running Just OS.

Part of Just OS, the Instant Install application allows installers to easily incorporate any gigabit switch that supports jumbo frames — managed or not — into their J+P matrix. They simply connect their devices anywhere on the switch and click a single button, and their devices are found and configured, and a driver is built — all in less than two minutes.

J+P's new two-gang HDMI wall plate is less than 1 inch deep, offering installers the flexibility of mounting it in a table, podium, or the thin walls of international installations. The thin wall plate features a field-serviceable modular design, making it easy to service with a screwdriver in the event of damage.

Each day at 3 p.m. during CEDIA, J+P will give away one of three classic red bullseye-designed Kramer '84 guitars. For each guitar awarded, J+P will donate four acoustic guitars — with the winner's name on them — and a year's worth of lessons to American military veterans.

For the third year in a row, to celebrate CEDIA, J+P will roll out the red carpet with an invitation to party with Dr. Crüe, the world's premier Mötley Crüe tribute band, Sept. 12 at the Summit Music House, with doors opening at 7 p.m. The event is sponsored in partnership with Luxul, and attendees can pick up tickets at the J+P booth.

Just Add Power (J+P) was founded in 1992 by a group of former employees from the IBM Corporation. The motivation behind the company and the name was to come to the market with applications that totally support customers, their investment, and are easy to use. With the 2009 introduction of the HDIP solution for distributing HDMI over IP networks, the company has become well known across many new markets. The company is now focused on Ultra HD over IP video distribution.
www.justaddpower.com
related items