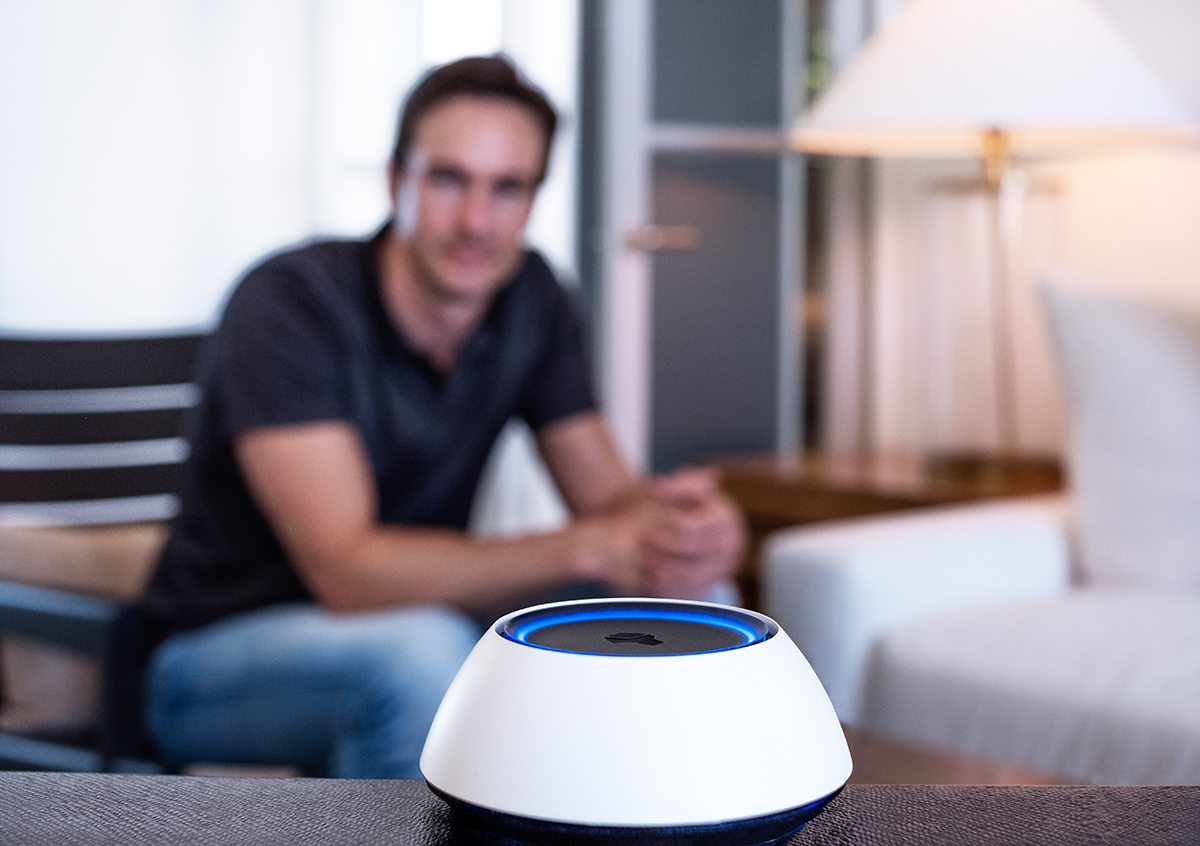 JStar LLC can be described as a new company specializing in advanced voice technology for the home. Based in Denver, CO and California, JStar was founded by young entrepreneur Alex Capecelatro, and Tim Gill, an ex-HP employee and the founder of page layout software company Quark, which he sold in 1999. Gill is a veteran programmer and developed the heart of the Josh.ai programming language (J++). The new Josh Micro platform, introduced at CEDIA 2017, combines a home control processor, far-field microphone array, and voice-based user interface, Josh.ai — all in a compact package, built for the custom integration channel. According to the company, Josh Micro uses "artificial intelligence to unify home technology and redefine how users interact with their home."

The CEDIA market is increasingly committed to the smart home, integrating Voice Personal Assistants (VPAs) from Google and Amazon, and those companies are promoting their own integration services initiatives to accelerate adoption in commercial and residential installations. Amazon and Google are also pushing manufacturers of installation solutions to develop new voice-skills for the connected home, making the integrator's job easier. Still, many home integration professionals in the Custom Electronics Design and Installation Association (CEDIA) are eagerly looking for voice-control engine alternatives, and the promise of an integrator-friendly platform like the Josh Micro comes precisely at the right time.

In contrast with the Amazon Echo, Josh is a complete standalone control system that uses voice as one of its control interfaces, driven by the company's own proprietary AI engine on both local as well as cloud-based servers. In addition to voice, Josh comes with a fully built set of apps and a web portal. The Josh Micro can interface with other devices such as the Amazon Echo or Google home but, for those users who don't like the idea of always-listening microphones throughout the home, they can use Josh's app to speak directly to the system instead, so they can feel safe and protected. There's a reason why the company's logo is Josh, the dog. 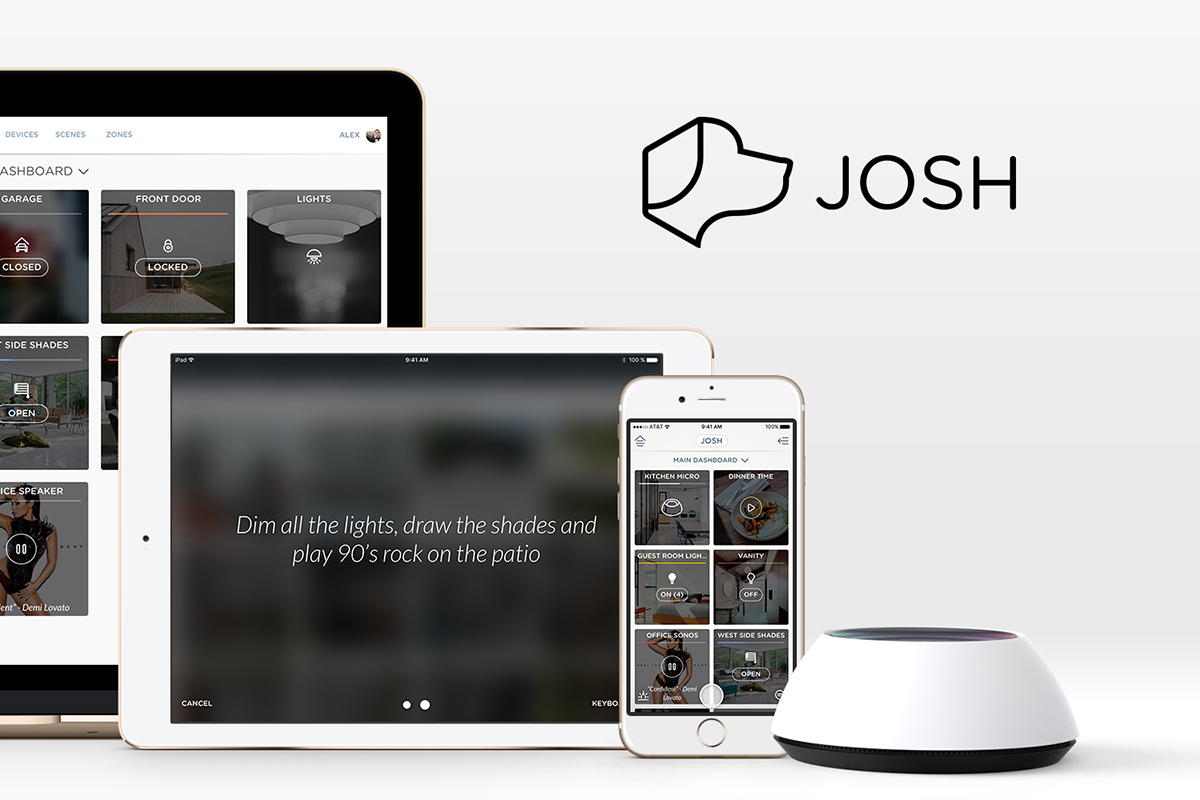 Intended as a whole home automation control system and language processing device control, the Josh Micro hardware can be mounted on the wall, table or rack and features both POE and WiFi (802.11ac) connectivity, as well as multiple sensors, including touch, proximity, ambient light, temperature, and humidity. On the surface of the Josh Micro there is a touch capacitive interface with a dynamic LED display to indicate system status and device control. During CEDIA 2017, Josh.ai detailed existing integrations and ongoing work with systems from Crestron, Lutron, Honeywell, Control4, Chamberlain, Aprilaire, Sony, Philips, Vantage, Nest, Ecobee, and audio systems from Sonos, Meridian, Denon Heos, and Bang & Olufsen, among many others.

“While designing Josh Micro, our goal was to distill home control down to its simplest form, providing an effortless interaction in any environment. Utilizing a series of sensors, far-field microphones, and touch capacitive surfaces, Josh Micro sets the stage for a beautiful experience in the home,” says CEO Alex Capecelatro. 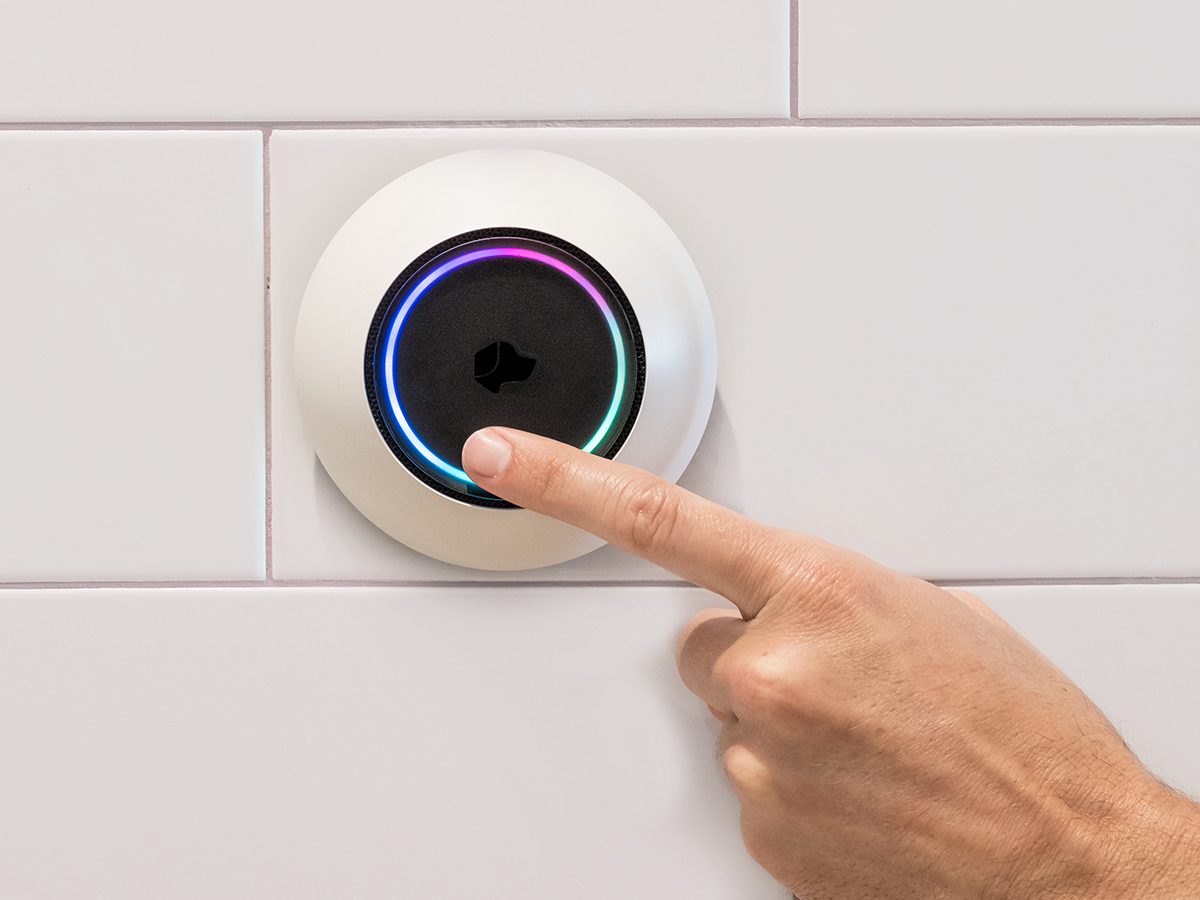 Unlike typical automation systems built without redundancy, each Josh Micro is a full control system creating a network throughout the home, offering unprecedented reliability and failover. Changing the model from one processor in the home to one processor per room, Josh Micro offers a highly scalable business model for dealers. Each Josh Micro ships preloaded with the Josh automation software, instantly connecting to the
home’s network and automatically discovering connected devices. Integrators can easily configure a Josh system without custom programming, making installs among the fastest in the industry.

Josh Micro is the first hardware product capable of accepting compound commands in natural language, which are a string of commands issued at once creating ad-hoc scenes on the fly. For example, “Open the shades, dim the lights, stop the music, and watch Breaking Bad.”

While Josh Micro can use a wake word to start listening (“Hey Josh”), it can also start listening by utilizing a built-in motion sensor or a simple tap of the surface. A first in the industry, Josh Micro can intuitively understand where it is, making room specific commands simple. Rather than having to specify a location for voice commands, the user can simply say “ turn on the lights ” to activate the room he's in.

As the company also details, "While voice control is central to Josh.ai, there are times that a simple switch or dial is appropriate." The top surface of Josh Micro includes a multi-purpose tap area — a touch-capacitive surface that can be programmed to activate any scene. By default a single tap activates the microphone and a double tap mutes the device. A Josh Micro installed by the front door, for example, can be easily configured to activate the “I’m Home” scene on a single tap and the “Goodbye” scene on a double tap. Each room can be configured. 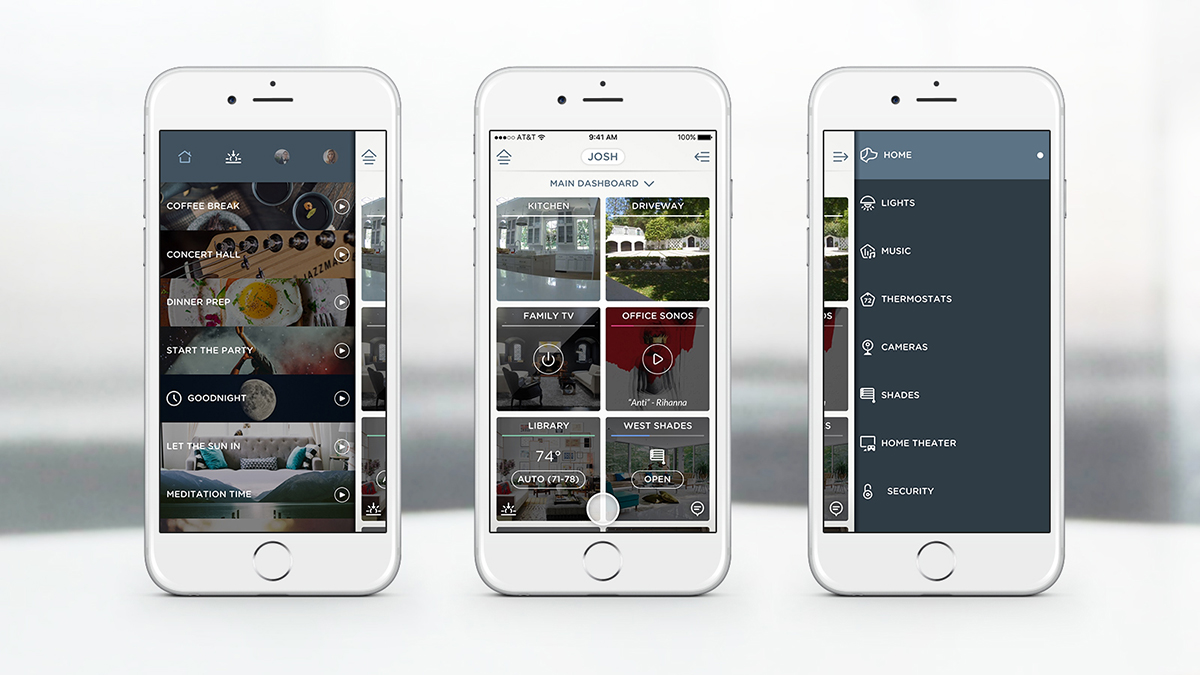 Clearly the company still has a long way to go. For the moment they are focusing in North-America and only using English recognition. It also remains to be seen if the community-based model that Josh.ai proposes will be sufficient to enable all the different integration scenarios at the pace the market demands. As they admit, "We realize it would be virtually impossible to build for every use case, integrate every device, and program every rule on our own." Even though the platform was designed to integrate with other voice-controllers like Alexa, another big question is how well will the Josh platform be able to integrate other solutions such as Apple's HomeKit or Google's own technologies, which basically promise exactly the same things as josh.ai.
www.josh.ai
related items