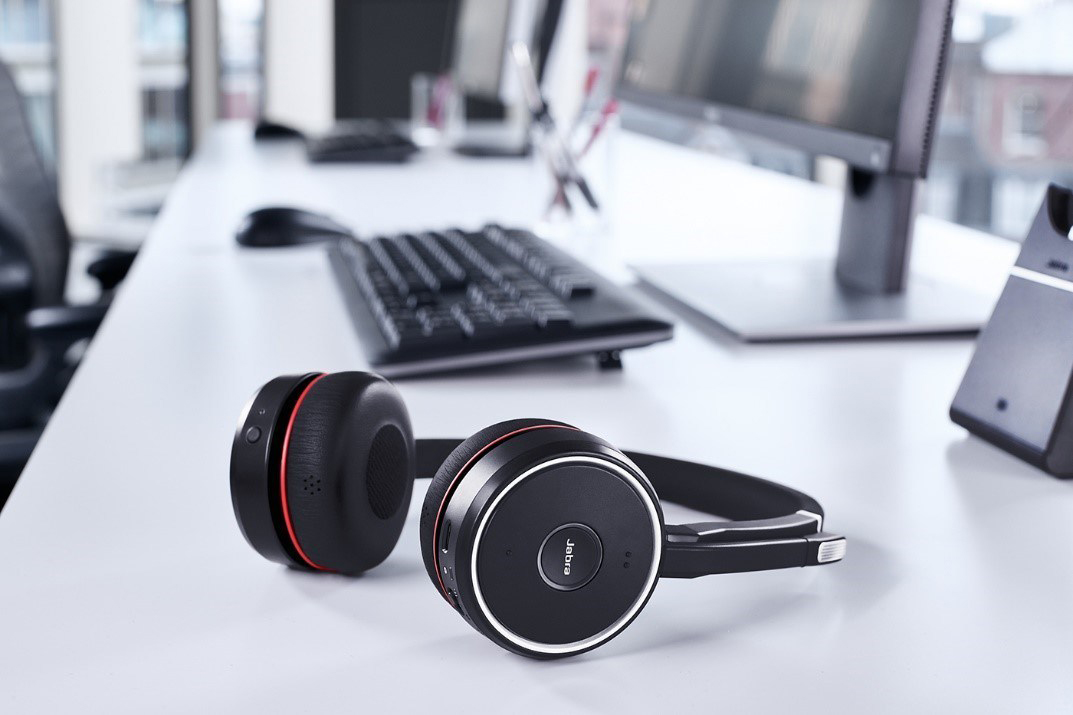 Audio and communications technology specialist, Jabra, announced a new premium wireless headset for modern office workers, the Jabra Evolve 75. The headset is the latest addition to the successful Jabra Evolve series, which has sold more than 2.5 million units worldwide. The range was developed to reflect the way people work and enable focused and distraction-free performance in open office settings. The Jabra Evolve 75 takes this promise to the next level by combining the strongest parts of the Evolve range: wireless freedom, great sound, ANC and a busylight.

The Jabra Evolve 75 comes equipped with world-class 40 mm drivers for music and high-definition (HD) voice and for crystal clear calls. Dual Bluetooth connectivity supports calls and music by allowing the user to simultaneously pair the headset with two connected devices, such as a computer and smartphone. Featuring Bluetooth 4.2 Class 1, it allows a wireless range of 100 feet for laptops and 33 feet for smartphones, the headset also enables the flexibility and freedom to move, allowing workers to multi-task without the noise (17dB perceived cancellation in an office environment) and interruptions from colleagues that stifle concentration and productivity.

The red lights on both ear cups are activated automatically when on a call or manually activated by the user when busy, to act as a ‘do not disturb’ signal. Other notable design features include a discreet boom-arm that can be clipped into the headband when not on calls, and an easy-to-reach button on the ear cup that allows users to hear announcements without removing the headset. For easy charging and docking, the Evolve 75 comes with an optional USB charging stand to eliminate battery concerns, and works for up to 15 hours on full charge. 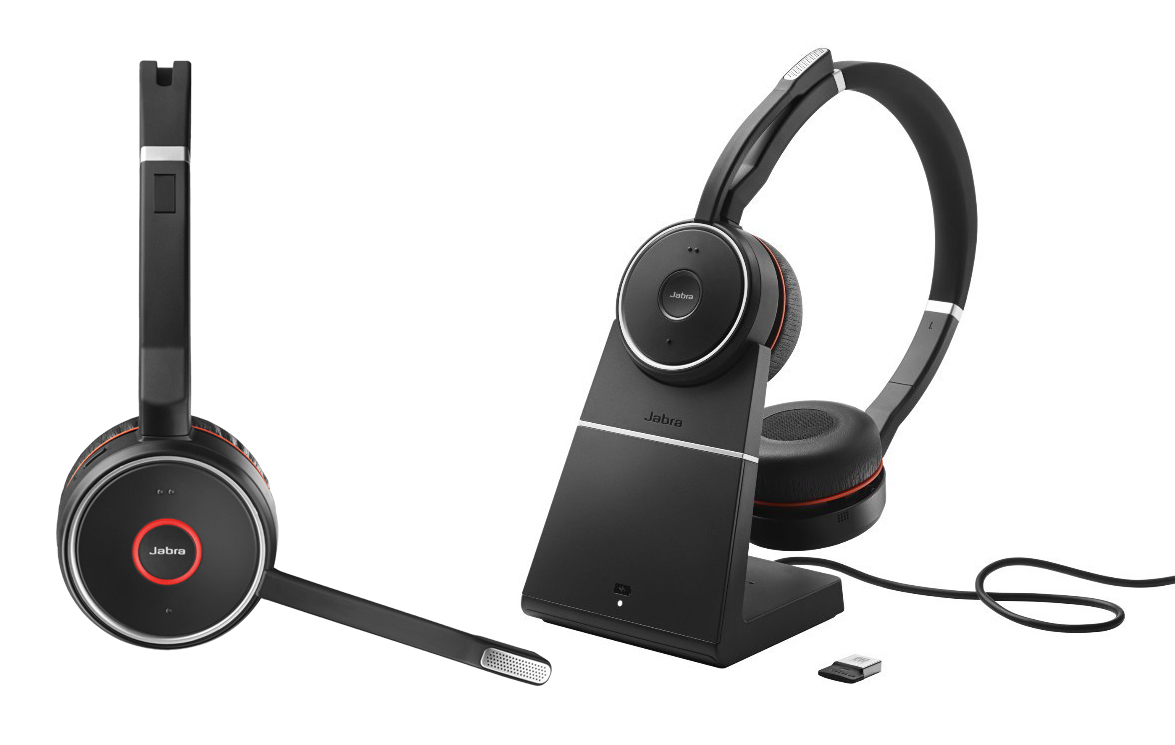 Recent research from Jabra found that knowledge workers lose 24 minutes each day due to noise and interruptions, while 78 percent believe their productivity is negatively impacted. The Jabra Evolve 75 was designed as "the ultimate business tool for sound and freedom, helping workers collaborate, concentrate and remain productive in busy, open place offices without the need for designated quiet rooms," the company states.

"The premise behind the open plan office is to foster collaboration and improve communication among employees. But despite their many benefits, they have become breeding grounds for unsatisfactory labour output," commented Holger Reisinger, SVP, Jabra Business Solutions. "Interruptions from colleagues and the noise generated in these environments are negatively impacting workers and contributing to lacklustre performance. Increasingly, knowledge workers are being forced into isolation to do their jobs. The Jabra Evolve 75 provides businesses with an alternative solution to support an open office philosophy that's conducive to better performance."


The Evolve 75 meets Open Office and Outdoor requirements for Skype for Business from Microsoft and is also certified for Skype for Business, Cisco and other leading Unified Communications (UC) platforms. For IT-decision makers, the hassle-free and easy-to-use headset increases UC adoption by seamlessly and intuitively bridging the gap between the mobile phone and computer. The Jabra Evolve 75 is also compatible with Jabra Direct – a free cloud-based software that lets users personalize and manage the headset.