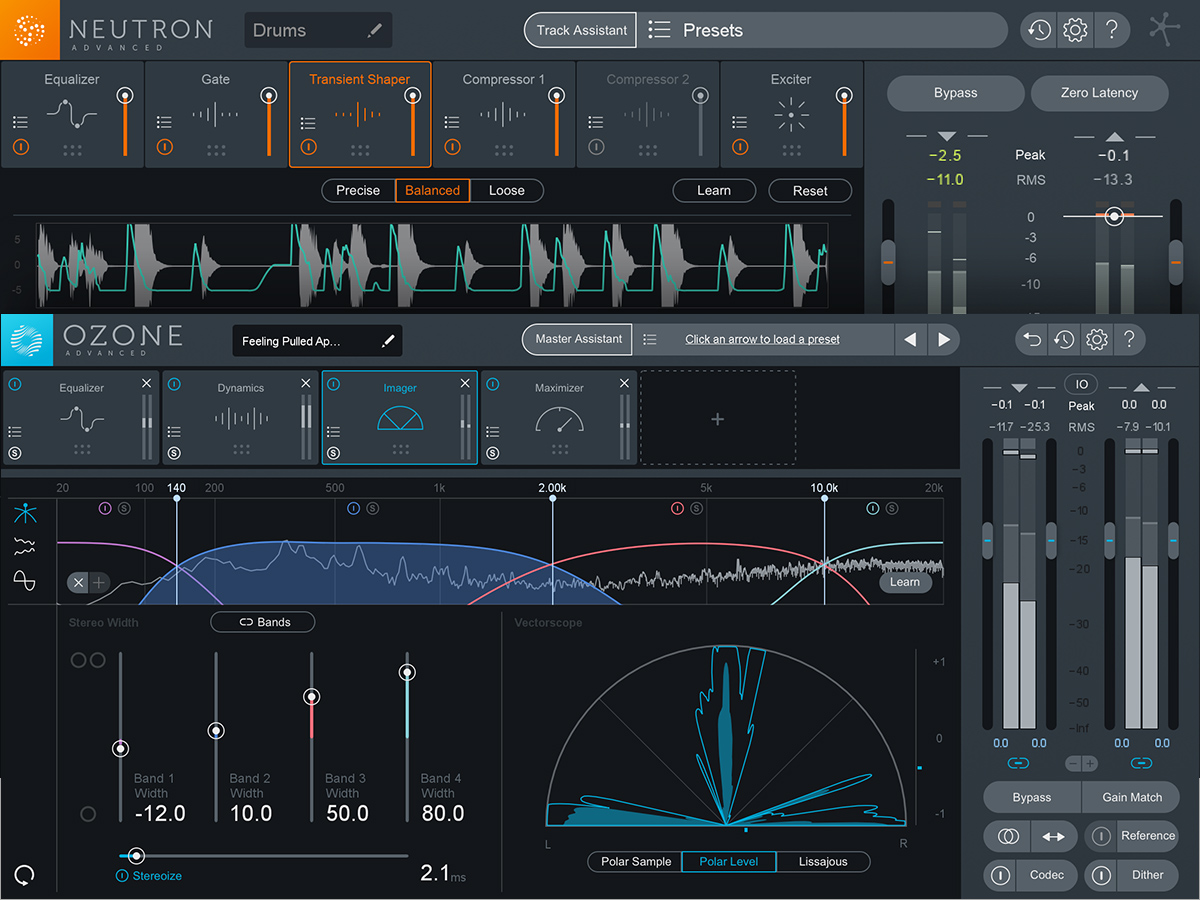 The Advanced versions of Ozone 8 and Neutron 2 feature ground-breaking technology, including the ability to communicate with each other through the new Tonal Balance Control plug-in. This new level of inter-plugin communication puts more power in users’ hands, allowing them to achieve tonally balanced, professional mixes and masters that sound great in any listening environment.

The Tonal Balance Control visual analysis tool not only brings Ozone 8 and Neutron 2 together, but measures the distribution of energy across frequencies, comparing audio to targets created from analysis of tens of thousands of commercially available tracks, spanning a variety of musical styles. Tonal Balance Control can also compare audio to a custom upload to inform how users shape its sonic profile and across listening environments.

“We see Tonal Balance Control as the missing piece between mixing and mastering,” says Dan Gonzalez, Product Manager at iZotope. “Mixing, and mastering especially, can often be difficult to understand, and getting your songs to sound like commercial releases can often be a struggle. With Tonal Balance Control, we created a new analysis tool that helps educate users on why their mixes and masters may be lacking in certain areas. And more importantly, we offered them the tools to help fix those issues, with communication and control between the mixing and mastering plug-ins.” 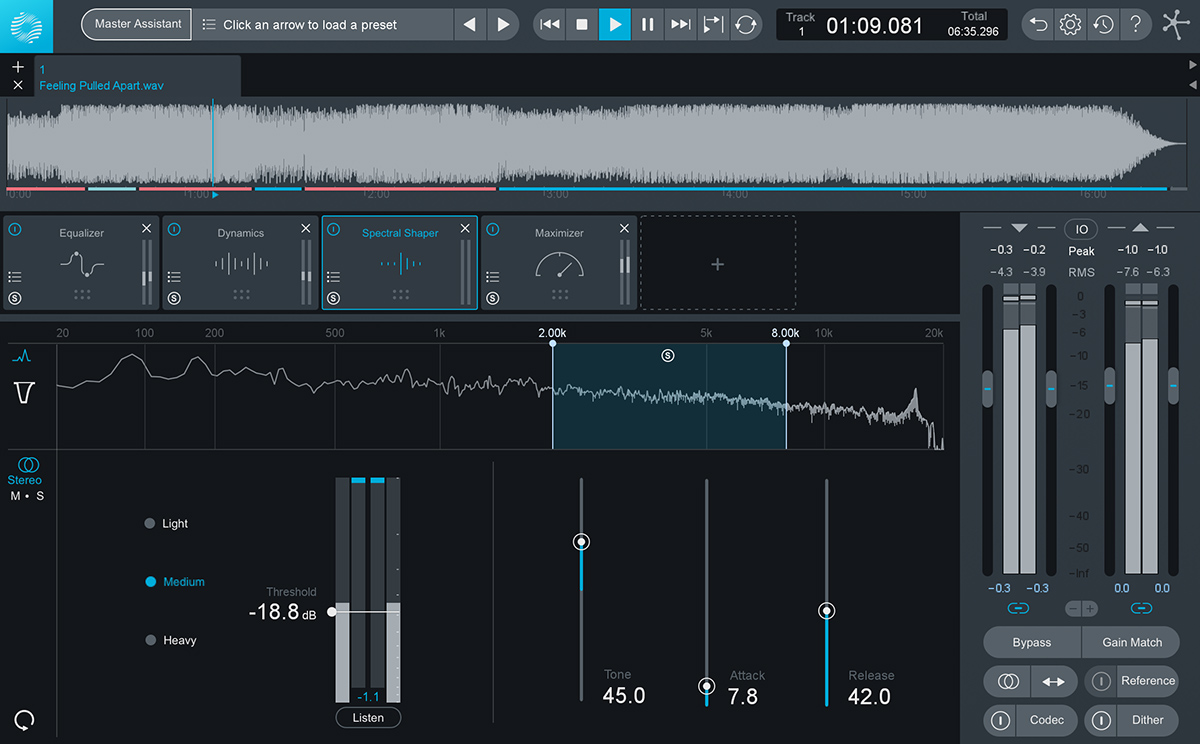 Ozone 8 introduces a wealth of brand new features, including the ability for users to dial in the perfect tonal balance with the new Tonal Balance Control plug-in, which can access any instance of Ozone across all tracks. This feature is able to communicate with Neutron 2 Advanced for a seamless mixing and mastering workflow. Users can also create a custom preset with the Master Assistant to get audio to an optimal starting point, tame problematic and harsh frequencies with the new Spectral Shaper module, and quickly A/B track references right from any instance of Ozone or in its standalone application. Ozone 8 also allows deeper control in Ozone’s Maximizer with a new low latency IRC mode, Transient/Sustain Stereo Independence, and Learn Threshold.

Version 8 also includes improved signal processing, and refinements to the user interface and workflow. The redesigned user interface provides an even better mastering experience, allowing users to apply any saturation mode (Warm, Retro, Tape, Tube, Triode, or Dual Triode) to any individual frequency band in the Exciter, and use Ozone Advanced within a preferred host as a single plug-in, as individual component plug-ins, or work within the Ozone standalone application. 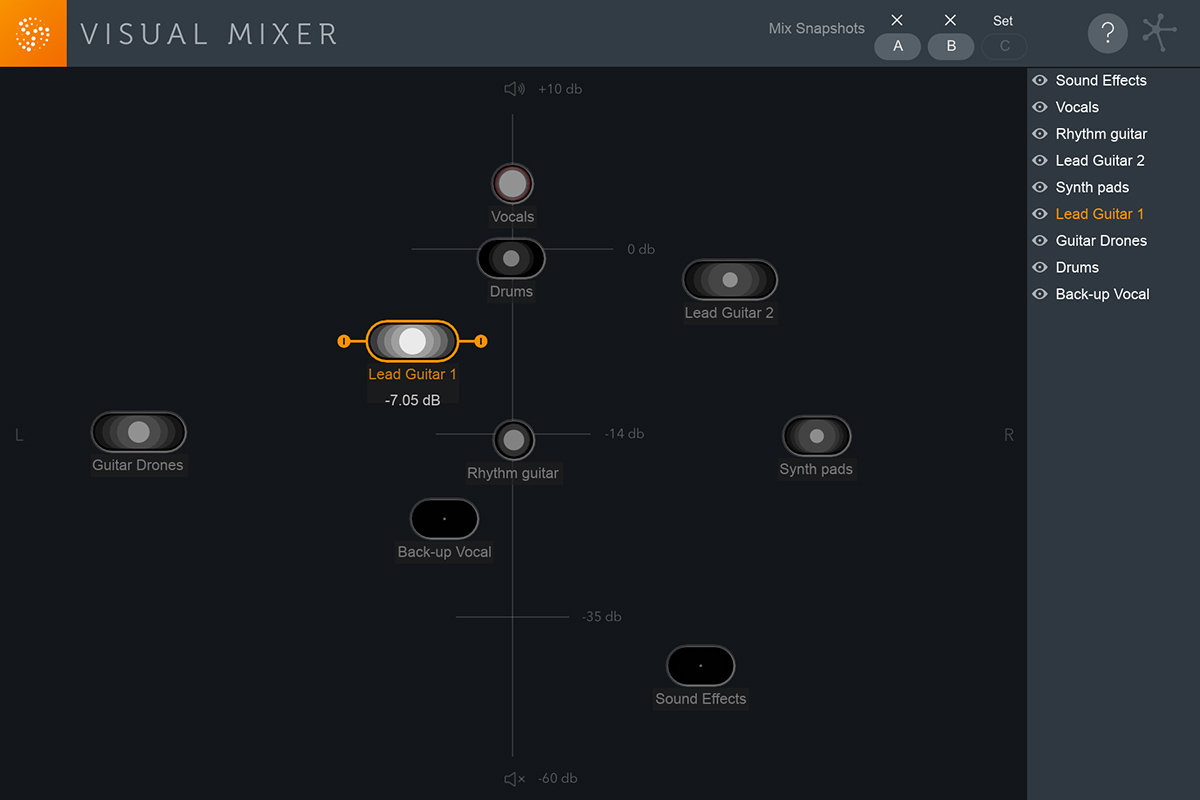 The new Neutron 2 software combines innovative new mixing and analysis tools that allow users to achieve a clear, well-balanced mix, exploring the best of with iZotope’s digital signal processing tools. Apart from the mentioned Tonal Balance Control plug-in and the ability to communicate with Ozone 8, highlights for the new software include improvements to Track Assistant and Neutrino modes to help users optimize a starting point for the mix, while visualizing the entire soundstage, and controlling individual tracks including pan, width, and gain via the new Visual Mixer. Also new, the Mix Tap allows adding any track to the Visual Mixer, Masking Meter, and Tonal Balance Control plug-in (even tracks that don’t have additional iZotope plug-ins running). Neutron 2 also includes new signal processing, including a Gate with Hysteresis for a smoother gating response, and supports mixing in surround with a True Peak Limiter, optimal for post production. 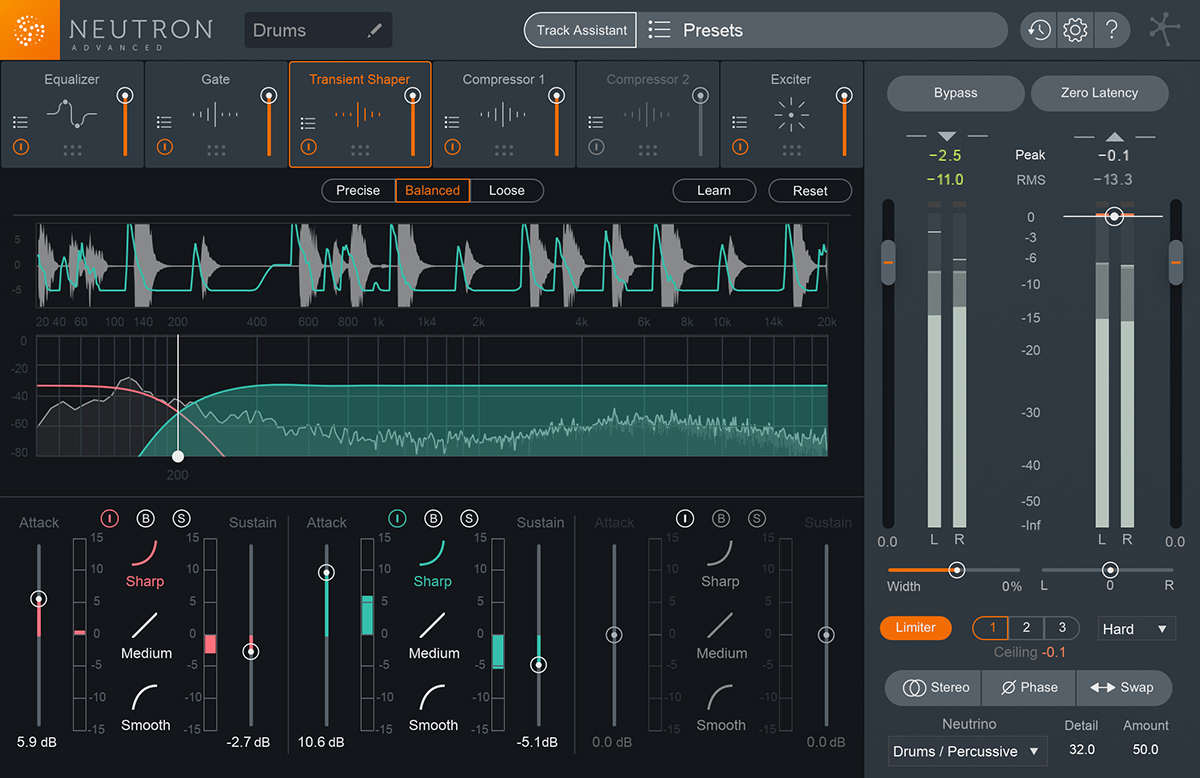 iZotope joins the Splice platform
In addition to being available on the iZotope website and select retailers, Ozone 8 Standard and Neutron 2 Standard will also be available on Splice's rent-to-own music creation and collaboration platform.

"We are pleased to bring Ozone 8 Standard and Neutron 2 Standard to the Splice platform,” says John Bigay, CMO of iZotope. “Splice is a thriving community of musicians who demand modern tools and iZotope is committed to helping artists wherever they work. This partnership was a natural fit for both companies and brings the latest in mixing and mastering technology accessible to a brand new audience.”

“For the first time ever, artists around the world can access iZotope’s critically-acclaimed plug-ins at an affordable rate," stated Steve Martocci, co-founder and CEO of Splice. “This new partnership democratizes access to professional tools like iZotope’s Ozone 8 mastering suite and Neutron 2 mixing plug-in, to all artists, at every stage of their careers, and we are excited to further empower this next generation of creators.”

Ozone 8 Standard and Neutron 2 Standard will each be available for $9.99/month, or as a bundle for $14.99/month. Through rent-to-own, musicians get instant access to a plug-in, then pay it off over time in small monthly installments with no interest. Users can pause, cancel, or resume their plans at any time. All rent-to-own plans start with a free, three-day trial, allowing musicians to explore new creative tools without any risk, commitment, or investment.
www.izotope.com
related items