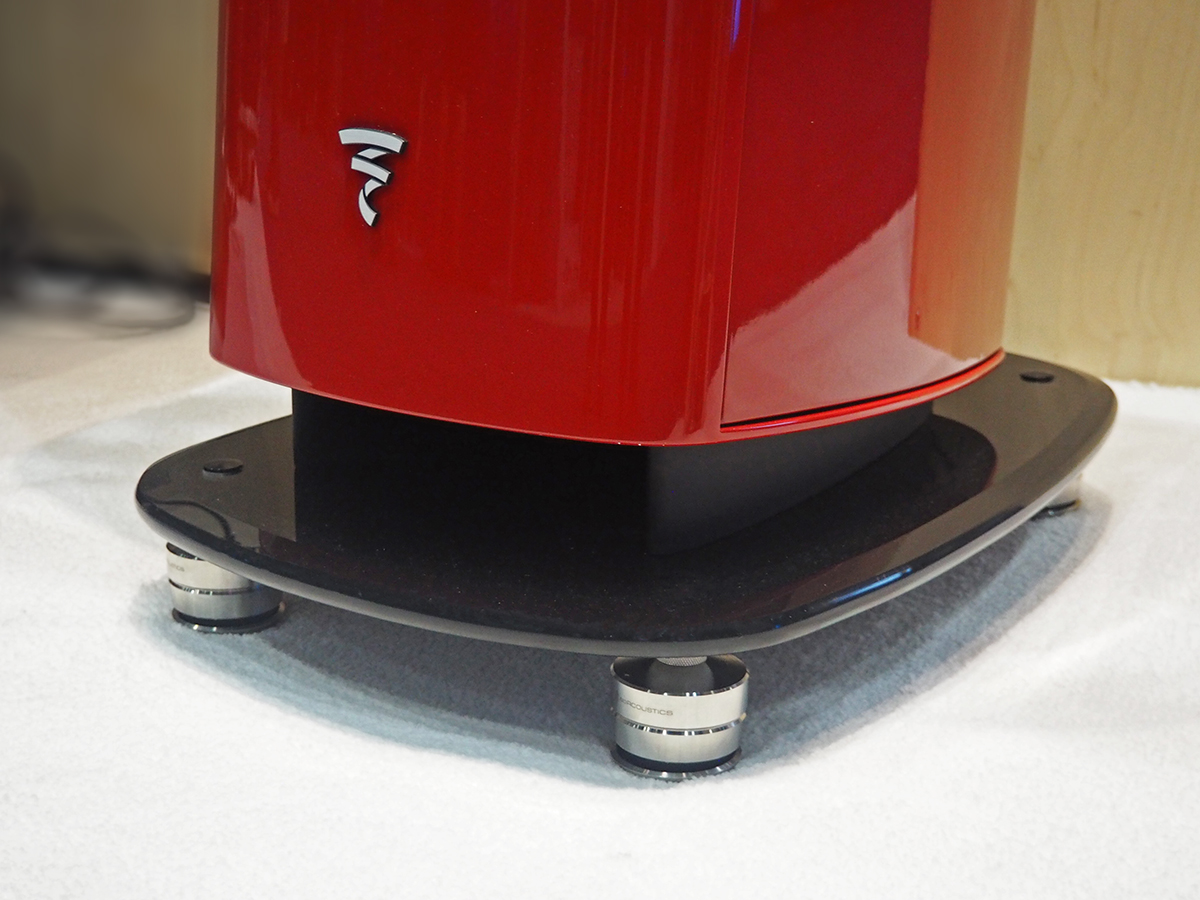 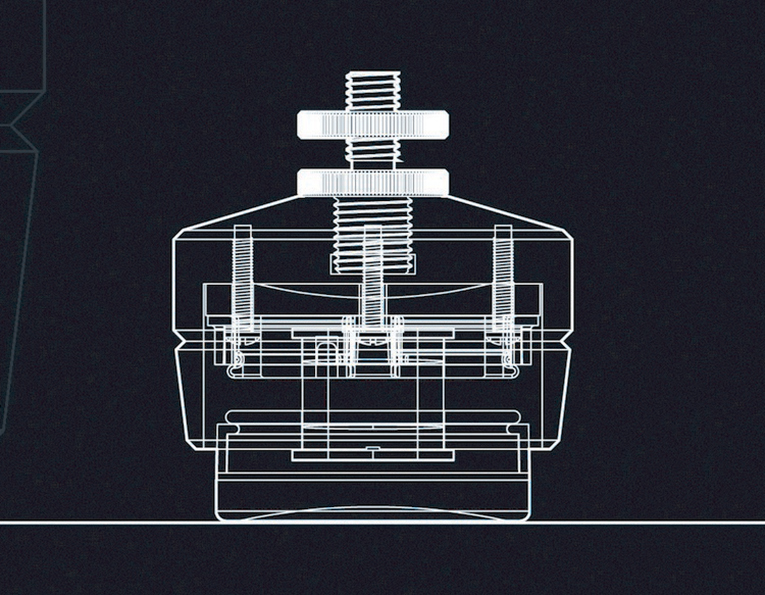 IsoAcoustics’s new GAIA range of speaker isolation feet has been in prototype form for some time (audioXpress first saw prototypes at CES 2016), were already on display at the 141st AES convention in Los Angeles, and were officially launched at the Rocky Mountain Audio Fest 2016, (7-9 October), in Denver, Colorado. The GAIA range is available in three different models, with the first one, the GAIA I, already available and models II and III to be introduced until the end of the year.

IsoAcoustics has been manufacturing isolation stands for speakers and studio monitors since 2012, receiving praise and recognition from users, distributors, installers and press. Based on its own patented designs for professional audio and home applications, IsoAcoustics is selling isolation solutions successfully all over the world, through a dedicated distribution network with separate channels for Pro Audio and Home Audio, while many speaker and studio monitor manufacturers are already including the brand’s isolation stands bundled with their own products. The clear market success provides the Canadian company with the confidence to expand its catalog of solutions to serve different product segments and markets.

IsoAcoustics recently exhibited at Rocky Mountain Audio Fest (RMAF) with its U.S. distributor, Audio Plus Services, showing the full range of HiFi speaker isolation products including the Aperta series and the new GAIA series. Visitors to the room got a first glimpse at the new Aperta 300 as well as the new GAIA series of isolators with optional accessories. IsoAcoustics’ products were also present in other rooms as well with the Focal room featuring the new GAIA I’s with accompanying carpet discs under a pair of Sopra N2s. The Voss Audio room also used a pair of the Modular Aluminum stands under a pair of Acoustic Zen speakers.

Providing an A/B demo featuring the new GAIA I isolation feet and 2 pairs of identical Focal ARIA 948 floor standing speakers with a Cambridge Audio amplifier with A/B capabilities, visitors were able to compare the new isolators to speakers on spikes. The results have shown that listeners could attest the effectiveness of IsoAcoustics’ technology, providing greater sound clarity by eliminating the bass smear and improving the sound stage. 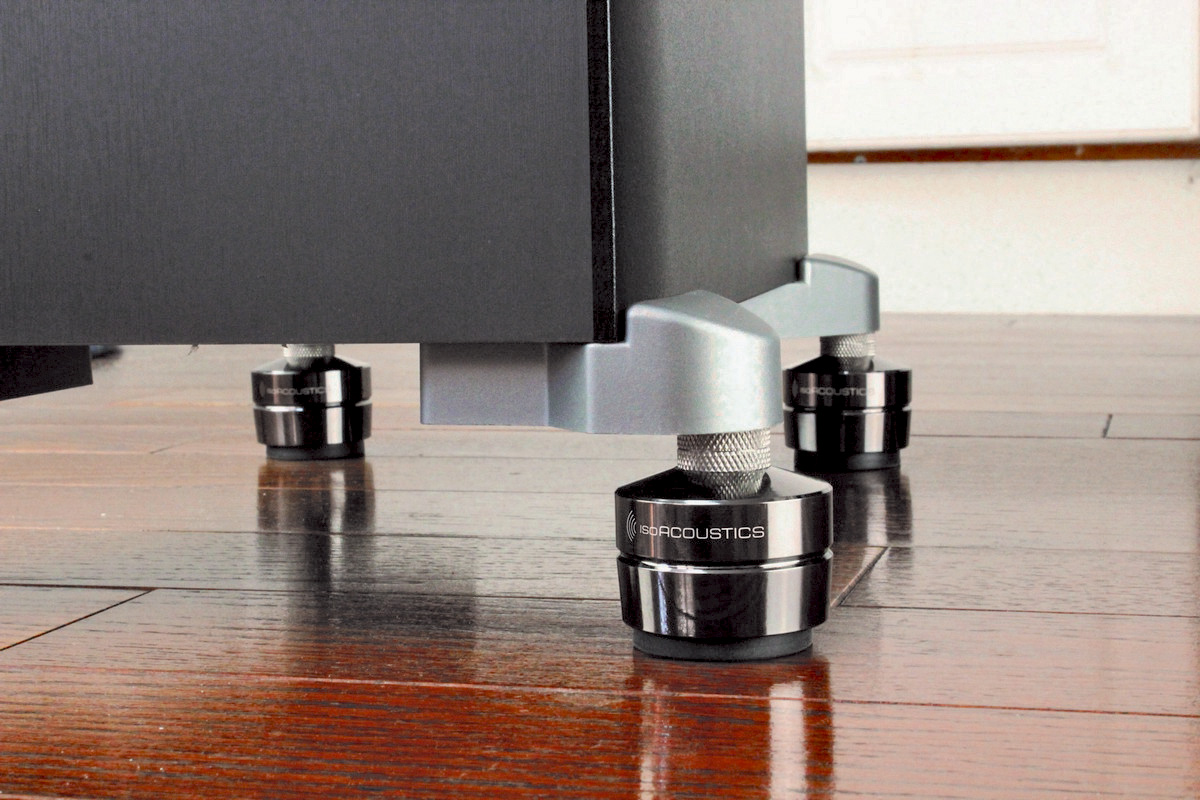 Another important recent testimony about the effectiveness of GAIA’s isolation was provided by Walters-Storyk Design Group (WSDG), the prestigious acoustics and audio/video design firm, specializing in critical listening and viewing environments of various types. WSDG recently provided a beautiful, aesthetically appealing acoustic solution to the upgrade of the Boston Symphony Orchestra’s Control Room. IsoAcoustics had the opportunity to install the new GAIA I isolators under the B&W 802 D2 speakers, with a selection of music played for comparison. The difference in sound clarity and openness was instantly apparent.

John Storyk, Founding Partner of WSDG wrote, “As we have seen in a number of our installations using other IsoAcoustics mounts, the WSDG team was very impressed with the improved clarity, imaging and time domain improvements that the Gaia I isolators provide. I expect to see more of these packages become a “required option” for larger floor mount monitor systems in our rooms.” 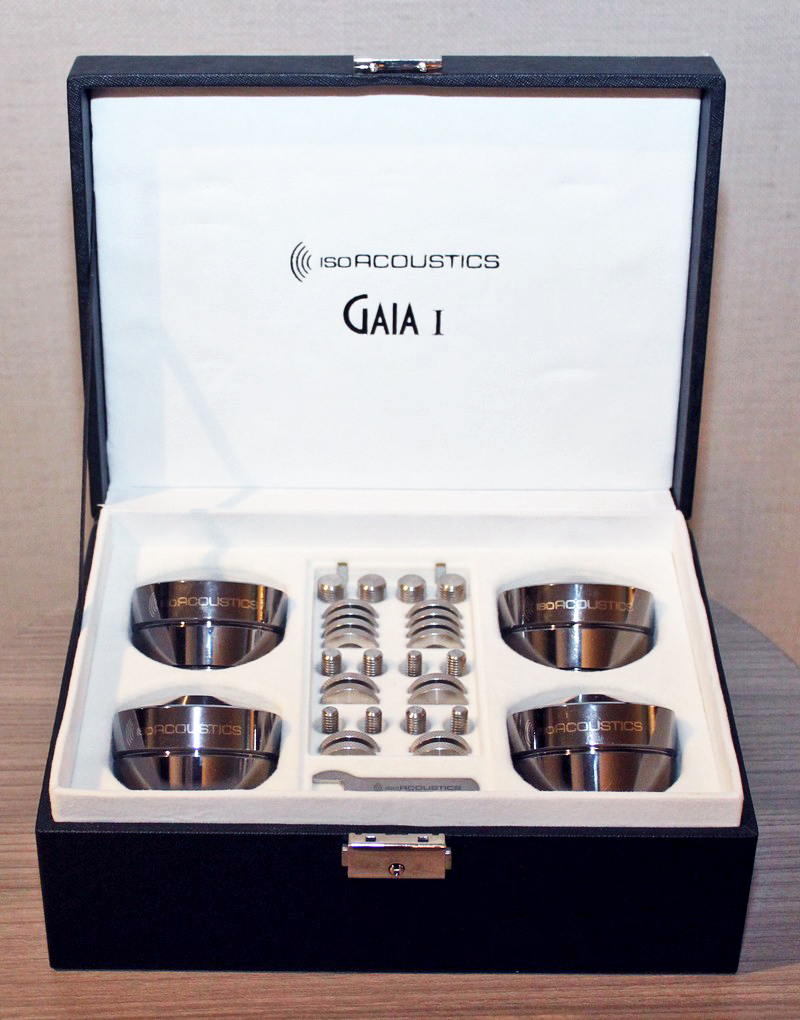 Finished in an elegant machined dark chrome metal housings, GAIA isolators incorporate IsoAcoustics’ patented design to provide a high degree of speaker isolation, while resisting lateral movement and oscillations, to maintain alignment with the listening position. Internal reflections from the hard supporting surface are attenuated, resulting in improved sound clarity and enhancing the speaker’s own qualities. Optimal results are achieved by installing the GAIA isolators with the logo facing the listening position, or rotated 180 degrees, to align the isolators with the speaker’s motive forces.

The GAIA I isolators, the first in the range to be commercially available, have proved well with the famous B&W 802 D2 speakers, and the B&W plate also adapts the GAIA I to the Bowers & Wilkins Nautilus and Diamond series speakers. The ball-casters are removed and replaced with the B&W plate which provides a threaded hole for the appropriate stud to screw into.

Designed to maintain stable support on carpet, the optional Carpet Spikes work with the GAIA I isolators to provide improved performance with thicker pile and carpet under pads. Designed for a wide variety of floor standing speakers with a maximum weight of 220lbs (100kg), the GAIA I isolators are also available with alternative threaded studs provided in M8, ¼ -20 and M12 sizes.

The GAIA II model is designed for floor standing speakers weighing up to 120 lbs (54Kg), and has a height of 26mm and includes M8, M6 and ¼-20 thread sizes. The GAIA III model is compatible with floor standing speaker weighing less than 70lbs, providing a small compact design, also available with three different thread sizes: M8, M6 and ¼-20. IsoAcoustics GAIA II and GAIA III are expected to be available early December 2016. 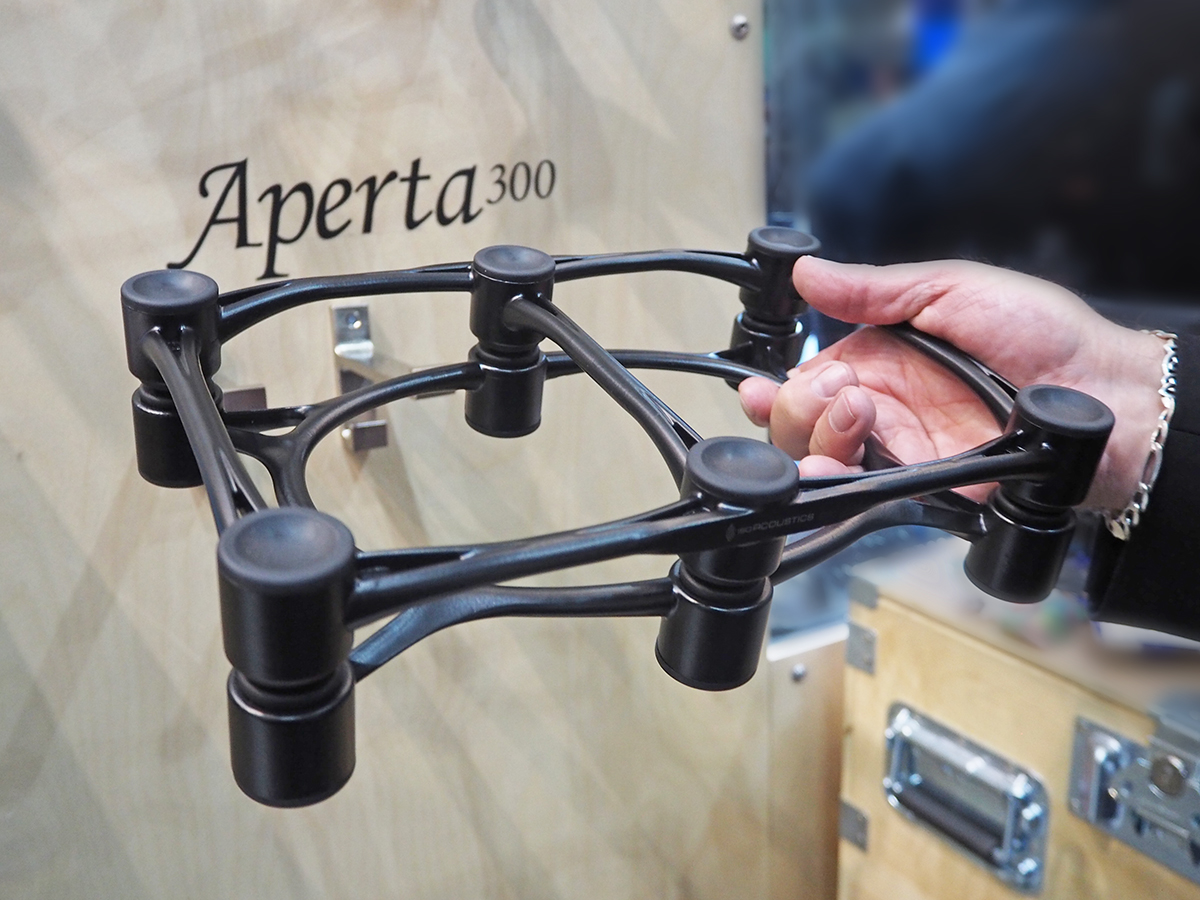 Aperta 300
The new Aperta 300, the next member of the acclaimed Aperta series stands, features the series’ signature stylized open design and low profile (3.0 inches), combined with a unique tilt adjustment feature that enables the user to dial in the optimum tilt angle, with fine gradation markings provided to match precise angle adjustments on each side.

With the availability of the Aperta 300, the sculpted aluminum acoustic isolation solutions are now available for virtually all sizes of professional studio monitors and speakers, in any position. The Aperta compact stands complement medium size desktop, bookshelf and floor standing speakers weighing up to 40 lbs, while the Aperta 200 stands, with an overall size of 7.8”x10” (200x254mm) are designed to support large speakers weighing up to 75 lbs. The new IsoAcoustics Aperta 300 stands, are designed to support larger center channel speakers for home audio use and studio monitors in horizontal position, featuring an expanded solid aluminum frame construction measuring 300 x 200 x 75mm (11 3/4” x 7 7/8” x 3”) and supporting speakers weighing up to 60lbs (27.2kg). All Aperta series isolation stands are available in black or aluminum finishes.
www.isoacoustics.com
related items