Making good on the promise to redefine their range of software tools targeting specific user profiles and applications, iZotope launched Ozone 7 with a host of new features which improve the already extensive capabilities of this creative mastering software. Ozone 7 is also available as part of iZotope's Music Production Bundle.
Zotope has released Ozone 7 mastering tools with a host of new features that make polishing mixes and audio recordings even easier and more efficient. Since its first release over 8 years ago, Ozone established a new reference in terms of creative mastering tools both appreciated by audio professionals, producers and musicians. The user interface changes introduced from Ozone 5 to Ozone 6 generated a strong debate among users, especially among mastering engineers which are very sensitive to workflow changes and were not happy to see some features removed. By streamlining the user interface targeting more “creativity,” as the company described, Ozone 6 both established a new foundation for the application and diverged from the traditional conceptions of what mastering tools should entail.

Ozone 7 tries to leave that transition behind by expanding the feature set focused on essential mastering tools that enable both professionals and aspiring music producers to easily add a final level of polish to their work. The Ozone family of products includes both Ozone 7 and Ozone 7 Advanced. Both versions include an expanded collection of presets, allowing pros and newcomers to quickly achieve a desired sound in any genre. Through helpful visualizations and intuitive controls, the software also aims to take the guesswork and manual labor out of the mastering process, helping users experiment without fear of making the wrong sonic choices.

Retaining the workflow and precision audio processing of previous versions, Ozone 7 adds a stronger flavor of analog with the new Vintage Modules (Advanced version), including Vintage Tape, Compressor and EQ modules to bring the creative colour and character of analog hardware to digital recordings. Another similar tool is the new Vintage Limiter, adding warmer, analog-sounding final-stage limiting while retaining the ease and precision of digital maximizing.

Also new is the Codec Preview (Advanced version) feature which allows getting a real-time listen to how a master will sound in various industry-standard codecs and instantly make adjustments to perfect the audio for streaming or online music stores. Ozone 7 also allows direct file format export from a variety of compressed or uncompressed popular choices like MP3, WAV, and AAC.

An impressive new Maximizer with IRC-IV algorithm automatically detects which frequency bands would contribute most to clipping, and then reduces their level before hitting the limiter. This allows for even greater limiting without pumping or distorting, and increase perceived loudness with the mode’s innovative new spectral shaping technology, resulting in a loud, clear master. Dynamic EQ is also now included in both versions of Ozone with improved features and optimized performance. 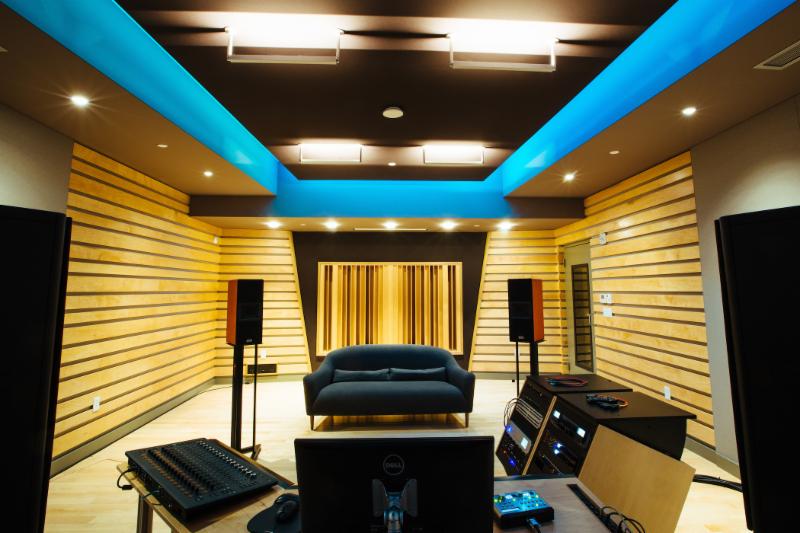 The opening of iZotope Studios marks the completion of a broader company transition in late 2014, when business growth spurred the move to a new 40,000 square foot headquarters in the heart of Cambridge, MA. Building a studio onsite was integral to the plan for the new space, and iZotope engaged noted mastering engineer Jonathan Wyner, now Chief Engineer and also Education Director at iZotope, to steer the studio’s conception and planning. Assisted by renowned acoustician Francis Manzella, whose firm has been commissioned for notable studios worldwide, the team designed rooms that are both efficient and elegant, where users are able to pivot easily from one workflow to another.

A primary driver for the studio’s installation was to support product design and development - making a real-world environment more readily accessible to the entire staff for critical listening, feature testing, audio examples, preset design, and research into digital signal processing. In addition, the studio is a boon for gathering user feedback, providing a comfortable place to host visiting producers and engineers, examine their workflows, and get critical insights into their needs and pain points.

With its ability to pivot easily between multiple uses, the facility also aligns with iZotope's dedication to education. Its spacious layout was specifically designed to support in-house teaching and community events, with infrastructure that permits high-resolution broadcast via the web. 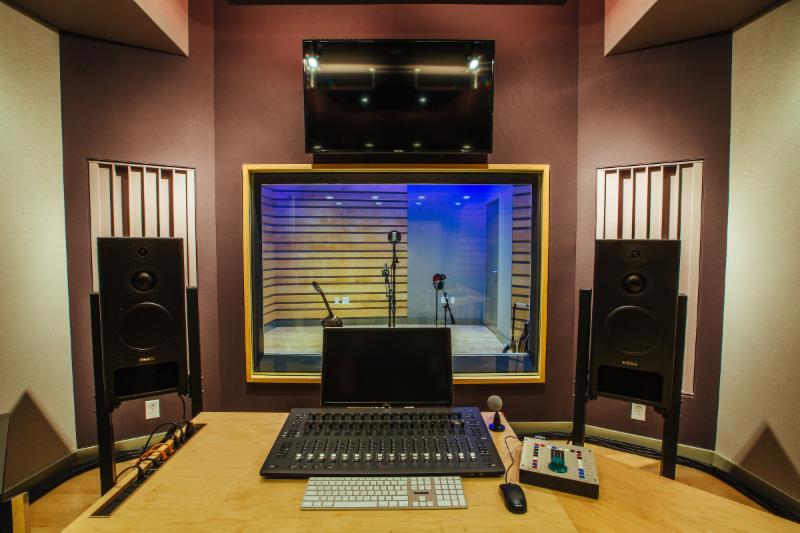 To complement the stellar acoustics of iZotope Studios, Wyner and his team chose the latest in breakthrough technologies. As an example, several networked systems bring a flexibility to studio usage and allow an outside-in view of what’s happening within. The audio network allows users to access audio input and output from either studio simultaneously and from multiple computers both in and out of the studio, while a KVM network allows users to control rapid switching between every computer connected to the studio system. In addition, an Avid EUCON network allows the chaining of multiple fader controllers to a single computer, or multiple computers to a single fader controller. In terms of audio processing, Wyner and his team chose to embrace an in-the-box model while still incorporating select analog gear. iZotope Studios equipment includes: PMC monitoring systems, Merging Technologies Horus converters, Dangerous Audio compressors and insert manager (both Liaison and Master), Grace Monitor Controllers, Avid S3 EUCON Controllers, AES67 implementation via Ravenna, and an IHSE Draco Tera Compact KVM Matrix.
www.izotope.com
related items