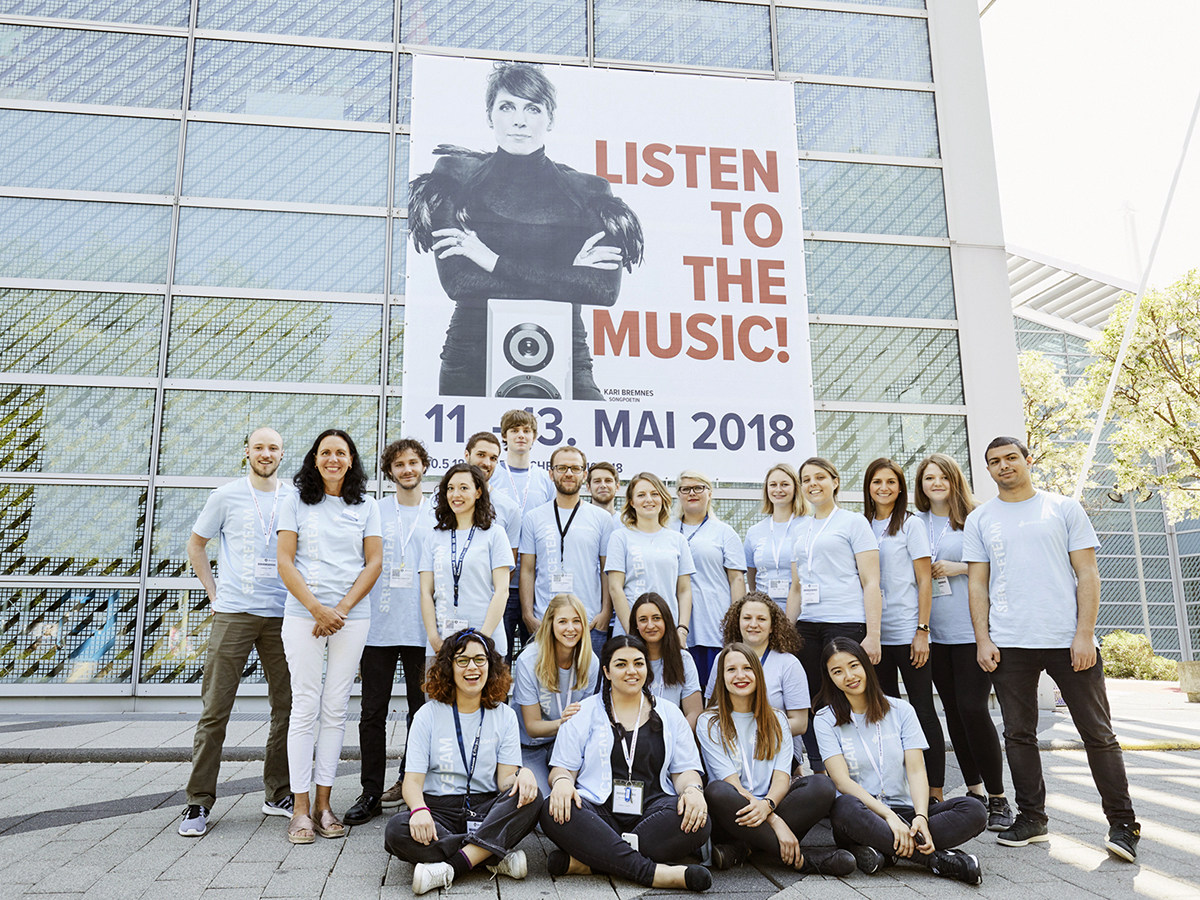 In the show final report, which should be praised for its transparency, the promoters - the High End Society - indicate that, “quite possibly, it was the almost mid-summer like weather throughout all four days of the exhibition that prompted some potential visitors from the region to go on an excursion rather than to visit a trade fair.” That doesn’t explain nevertheless the -6% decrease in trade visitors, precisely the aspect of the show that needs to be improved next year given the extremely strong international projection of this event. And, as noted in final report, for the trade experts it was one of the world’s most significant events in the audio industry, and for the public a unique world of experience.

Comments from some of the exhibitors confirm the positive impressions. “The High End Show is the best to meet people and to make business,” (HI-FI Enterprise, Luigi Alberti); “Interaction between distributors and exhibitors should be improved,” (Audioplus Labs, Lauro D´Amico); “This year the organization was even better than last year. Trade customers more professionally prepared,” (KR Audio Electronicas, Evnice Joy Kron); “The High End Exhibition is well organized. As a newcomer, it was an excellent opportunity for us in order to launch our products to a detail oriented public. We think that the visitors should be more international, more from the USA, Asia, UK and Middle East,” (Audiodinamica, Angelo Zilio); “We are happy to once again have been part of the show. It is a great place for manufacturers, distributors, dealers, customers, and press to meet, exchange information, and above all, listen to music. This is also the best venue to present new products,” (Harman International, Todd Eichenbaum). Most trade visitors and exhibitors recognize the fact that they met with dealers and manufacturers from all over the world, and everyone wants to return next year.

In total, 7,557 trade visitors from 73 countries came to Munich. Although this represents slightly six percent fewer visitors compared to the High End 2017, the share of international trade visitors was in fact 70 percent. After Germany, the four most heavily represented countries are the United Kingdom, Switzerland, Italy and the Netherlands.

It is the combination of music presentations, the showcase of the most exquisite lines of equipment, workshops and captivating lectures that have made up the High End for decades, attracting dealers, consumers, as well as representatives from the audio and supplier industry, to the exhibition in Munich. 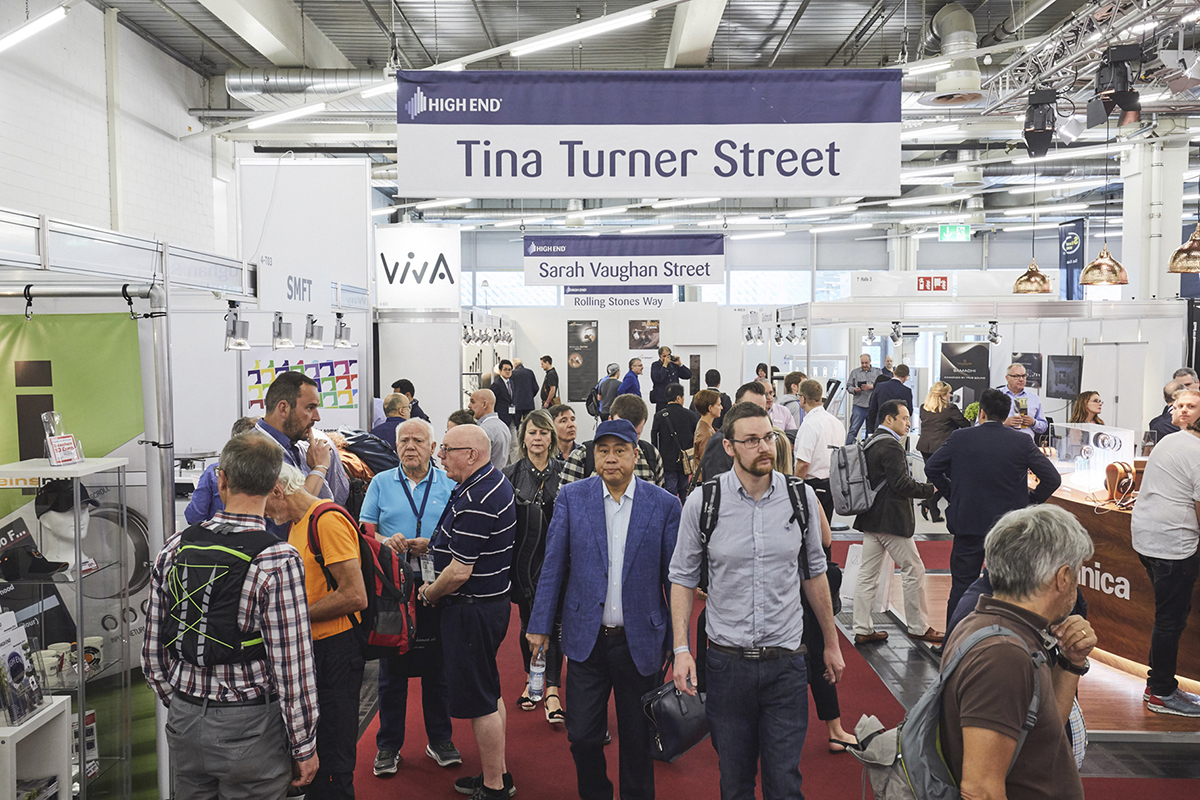 The Managing Director of the High End Society, Stefan Dreischärf, expressed his satisfaction on how the exhibition turned out. The Deputy Chairman of the Board of the High End Society, Jürgen Timm, also gave a positive assessment: “We can look back on four days of in-depth discussions with trade partners, the press and consumers. One of the highlights that comes to mind is the strong interest of consumers in qualitative comparisons between streaming solutions and traditional CD sound reproduction. The High End has once again established itself as ‘the place to be’, also among the international public, and thus it will be an event not to be missed in 2019 as well.”

There is consistent consumer interest in good sound reproduction – specifically, anytime and anywhere. Multi-room and streaming components for use at home and when out and about are booming. At the same time, there also exists a reminiscence for the analog and haptic world, which means there continues to be strong demand for traditional hi-fi and albums that provide a hands-on experience.

The High End Society chairman, Kurt Hecker, was pleased with the consistently upbeat mood among the exhibitors: “Munich is the rendezvous point for the international audio industry. Only here can visitors and journalists from Germany and abroad gain comprehensive information on the latest developments and innovations and discover first-hand the know-how and excellence in the industry.” 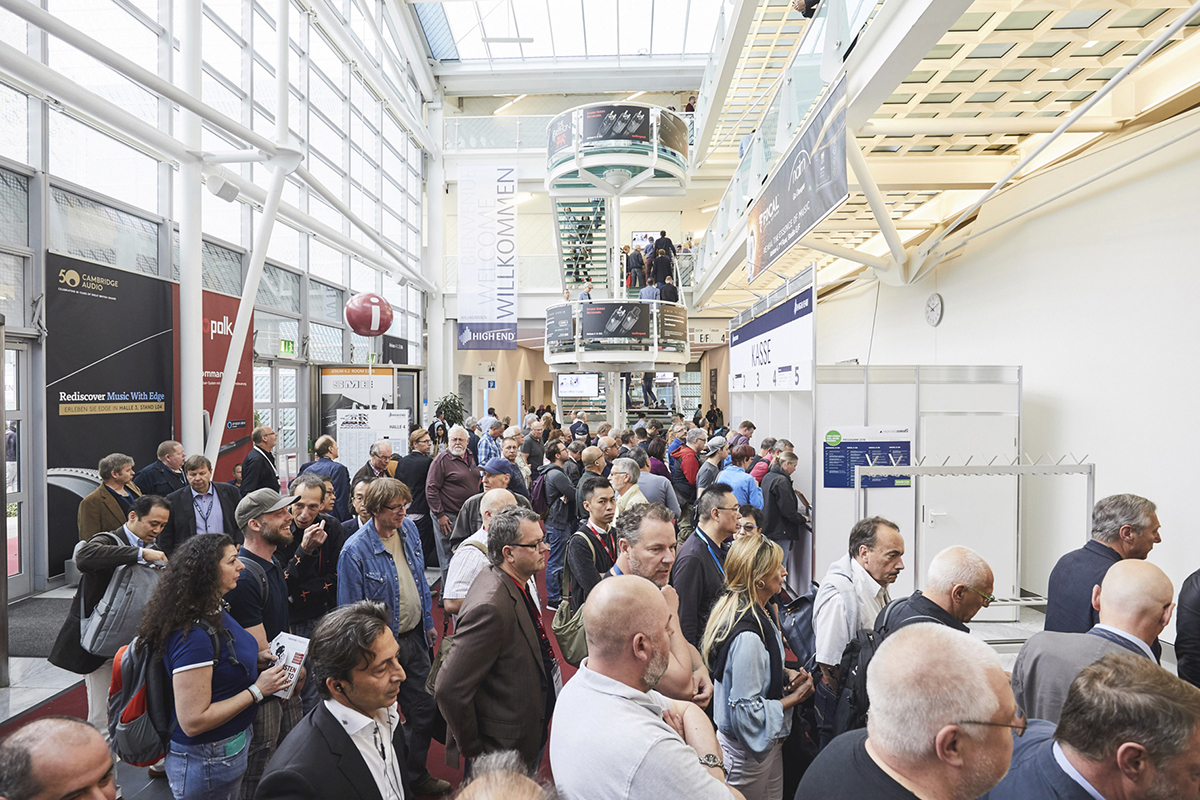 This year’s HIGH END stood totally under the banner of music. The Norwegian composer and singer Kari Bremnes was a special guest and at the same time the brand ambassador of the High End 2018 exhibition. Another highlight was international star and musician Till Brönner, who received a special award from the German Record Critics’ Award Association (PdSK) and was thus honored within the scope of the “Quartet of Critics” discussion panel. During this event, his recordings were demonstrated on a high-quality system. Till Brönner was noticeably impressed by the outstanding sound quality.

The decision to move the technology stage (High End Lecture Series) from the hall into the large presentation room K2A proved extremely positive, as it eliminated the acoustics issues caused by the large noise level in the hall. In the presentation room, the interested visitors were able to expand their knowledge, stress-free and fully focused. Many high-caliber speakers reported on selected topics, and the response by the visitors was impressive in every respect. Among the topics visited most frequently were music servers & streaming in practice, room acoustics, the history of Luciano Pavarotti’s first unreleased recording, along with sources, effects and measures concerning electro-smog through electromobility. In the very near future, the High End Society promises to make the presentations available as podcasts on their website.

The next HIGH END will take place from May 9 to 12, 2019 again in the exhibition area of the MOC in Munich.
www.HighEndSociety.de
related items