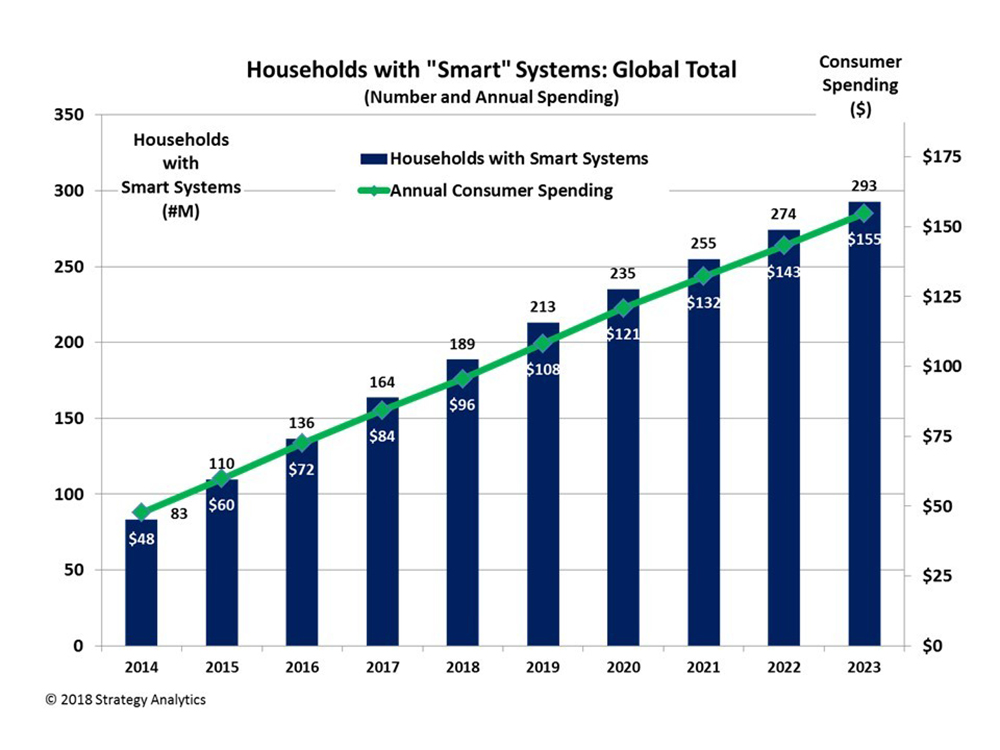 Consumer spending on smart home related hardware, services and installation fees will reach $93B in 2018 and grow at a 10% CAGR to $143B by 2023. By 2023, 274M homes worldwide, or 14% of all households, will have at least one type of smart system installed. The forecast data table presents Strategy Analytics' forecast and key planning assumptions for the global Smart Home Systems and Services market for the period 2012 to 2023.

North America will account for 41% of total spending or $40 billion, followed by the Asia-Pacific region at $26 billion and Western Europe at $17 billion. New offerings from big brand tech firms such as Amazon, Google (Nest), ADT and Samsung are driving adoption in North America. In Europe, UK-based Centrica Connected Homes’ Hive along with Deutsche Telekom’s Magenta Home, Germany’s eQ-3 and the Netherlands Enco’s Toon are stimulating market demand. In Asia-Pacific, China’s Xiaomi, Korean service provider LG U+, Japan’s iTSCOM and Panasonic, as well as, Origin and Telstra in Australia are powering the market.

“The market continues to mature,” stated Bill Ablondi, Director of Strategy Analytics’ Smart Home Strategies advisory service. “Consumer awareness is rising, prices are coming down, and the technology is becoming more intuitive. Yet, there is still a high degree of fragmentation, with numerous firms competing for smart home consumers. Who will ultimately succeed in capturing growth in this market remains unclear.” 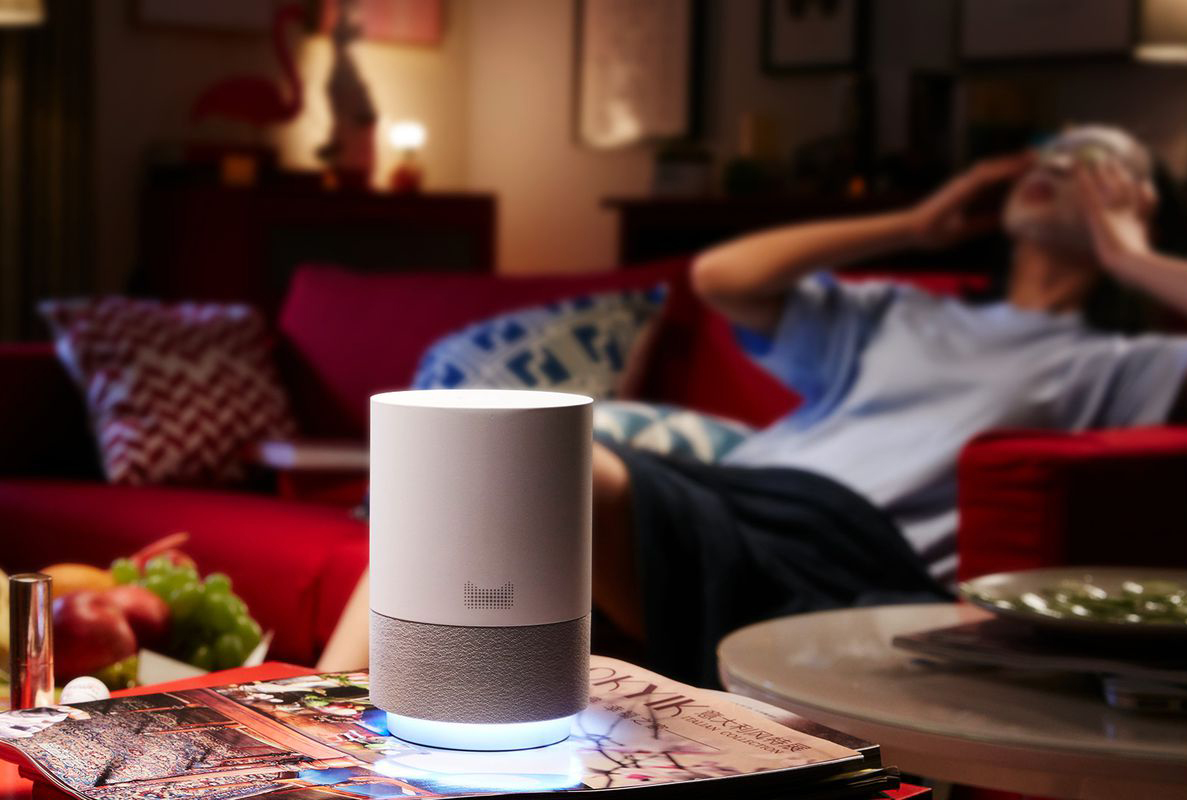 Smart Speakers
According to the latest quarterly research from Strategy Analytics, global smart speaker shipments reached 9.2 million units in Q1 2018. Market leader Amazon is estimated to have shipped an impressive 4 million smart speakers during the quarter though its global market share has nearly halved from the same period last year. Google and Alibaba consolidated their number two and three rankings while Apple became the fourth largest smart speaker brand worldwide following the launch of the HomePod in February 2018. 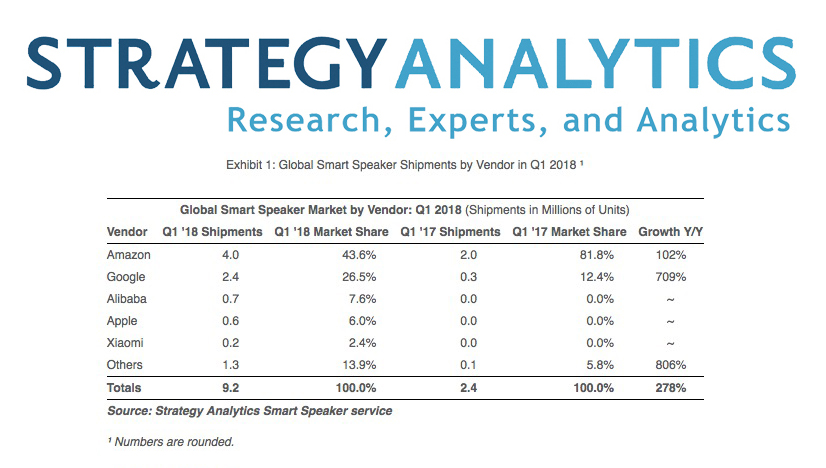 Global smart speaker shipments rose an astonishing +278% YoY in Q1 2018 as the popularity of the voice controlled devices shows no signs of slowing down. Amazon and Google remain the dominant players but their combined share fell from the previous quarter as Apple made its entrance and China's Alibaba and Xiaomi carried on their strong momentum from 2017.

David Watkins, Director at Strategy Analytics commented that “Amazon and Google accounted for a dominant 70% share of global smart speaker shipments in Q1 2018 although their combined share has fallen from 84% in Q4 2017 and 94% in the year ago quarter. This is partly as a result of strong growth in the Chinese market for smart speakers where both Amazon and Google are currently absent. Alibaba and Xiaomi are leading the way in China and their strength in the domestic market alone is proving enough to propel them into the global top five.”

David Mercer, Vice President at Strategy Analytics added, “Further strong growth in smart speaker sales confirms our view that this new market is far more than just a flash in the pan. Today’s smart speakers are by no means the finished article but they have captured the consumer imagination and we will see rapid evolution in design, functionality and associated use cases over the coming years. We are clearly heading towards to a time in the not too distant future when voice becomes a standard mode of technology interaction alongside established approaches like keyboard, mouse and touchscreen.”
www.strategyanalytics.com
related items