Genelec Launches a Year of Celebrations for Landmark 40Th Anniversary 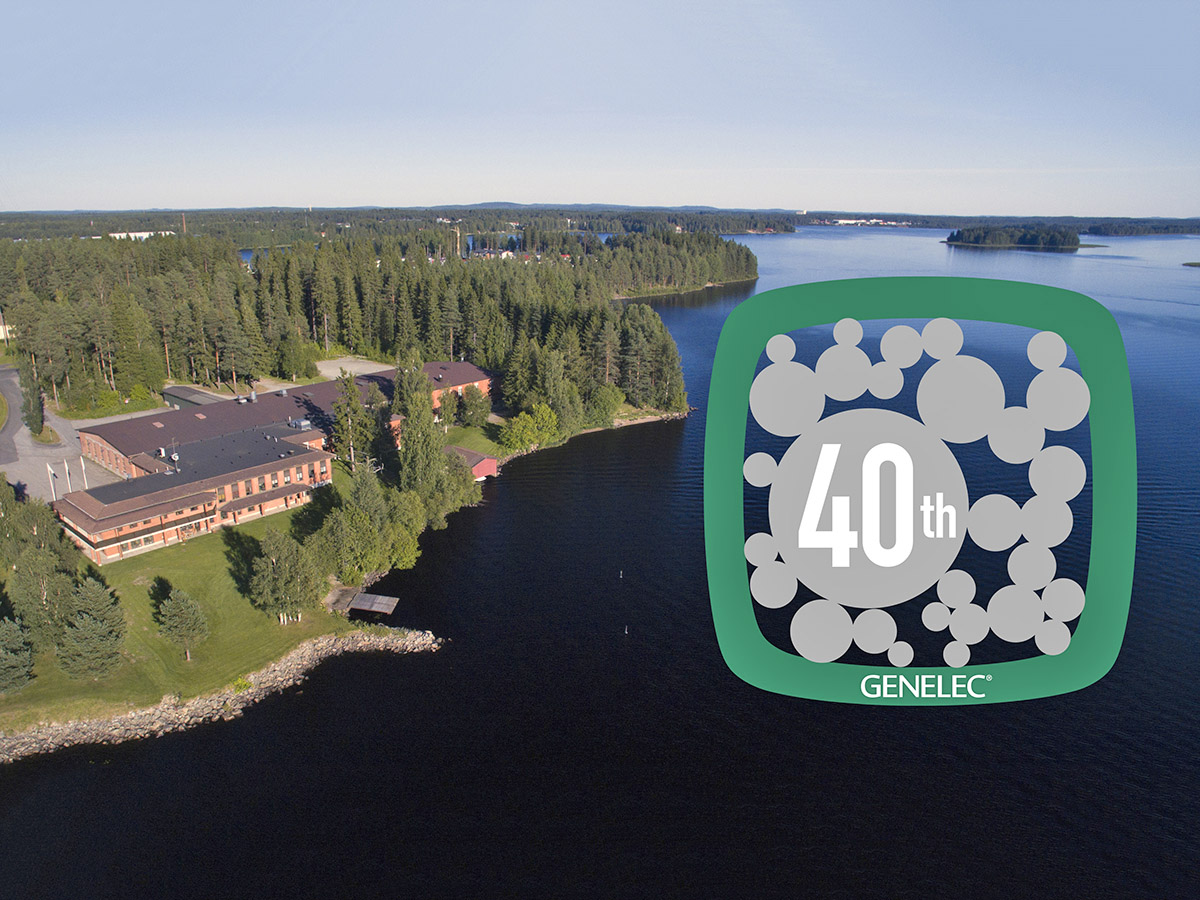 Back in 1978, when Ilpo Martikainen founded Genelec alongside Topi Partanen, they started a visionary journey that helped to shape the world of professional audio as we know it today and set about their life’s work with the creation of the S30, a milestone in active monitoring originally developed for the Finnish national broadcaster, YLE. The S30, featuring truthful sound and acoustical adjustment capabilities, signalled the company’s unique determination to provide the user with reliable monitoring tools and the ability to calibrate their monitors to suit their own acoustic environment, and these have become the cornerstones of Genelec’s design philosophy ever since.

Driven by the encouragement and inspiration of Genelec’s growing customer base, a succession of achievements, technologies and industry-defining products soon followed, from the widespread adoption of the 1035 main monitor by studios around the globe, to ground-breaking innovations such as the Directivity Control Waveguide, the Minimum Diffraction Enclosure, and the Laminar Spiral Enclosure.

In 1991, the landmark 1031 nearfield monitor changed the world of audio monitoring and music production once again, with its significance later being recognised by its induction into the TECnology Hall of Fame in 2014. As the decades passed, Genelec’s reputation grew further with the immense popularity of the 8000 series monitors, and the ability to contend with even the most challenging of acoustic environments courtesy of the SAM (Smart Active Monitoring) family and GLM calibration software, which uniquely combine advances in Digital Signal Processing with the sophisticated AutoCal algorithm, which is based on thousands of field studio measurements and practical experiences. Throughout the years, persistent research and development and a passion for pushing the boundaries of audio excellence has remained undimmed, and Genelec will proudly look to continue this incredible heritage as the 40th anniversary celebrations mark the company’s enduring legacy.

Throughout the year Genelec will enthusiastically recognise the extraordinary contribution of the wider Genelec Family, from friends, partners and users to the many employees, past and present, who have played unique roles in the company’s story. Alongside a spectacular Summer birthday party, competitions will take place throughout the year, including the opportunity to win a trip to the Genelec factory in Iisalmi, Finland, and a composition contest in association with Boiler Room, details of which will be announced in the Spring.

Genelec’s social media channels will come alive in 2018 with key moments from the company’s history, and a #Genelec40th hashtag campaign will enable members of the Genelec Family worldwide to share their memories and experiences. During the year Genelec will also release videos dedicated to the company’s past, present and future, and additionally, a 40th anniversary book will offer new insights into the company’s first four decades.

“It’s a remarkable achievement to have reached our 40th anniversary through such an incredible chain of innovations, and to remain as devoted to the pursuit of perfect sound as we were at the very beginning,” commented Genelec Managing Director Siamäk Naghian. “This year of celebration is for everyone in the Genelec Family who has made it possible for us to be here – the legions of Genelec users around the world, our distributors and dealers, members of the press, our deeply valued employees and of course our founder, Ilpo, whose philosophy continues to guide us as we look forward to our next 40 years.”
www.genelec.com
related items

Sonarworks Enables Personalized Audio, Perfected for Any Device, with SoundID