“It’s hard to believe that GameSoundCon is a decade old!”, says Executive Director Brian Schmidt. “The conference has grown so much over the years and it has become one of the most important events in the industry. We are proud to provide a place for sound designers, composers, programmers, VO, Researchers and others working in game audio to network, grow and to push the industry forward while also welcoming newcomers and innovators into the fold.” This year, GameSoundCon has received a record number of speaker submissions from many of the top names in game sound and music.

GameSoundCon 2018 offers over 50 panel discussions and educational sessions as well as “speed mentoring”, where attendees can meet with some of the speakers and other game audio professionals in person for Q&As or demo critiques. In addition to the traditional tracks; Game Audio Essentials, Game Audio Pro, Audio for Virtual Reality, and Wwise Special Training Sessions, GameSoundCon is featuring an Academic track for the first time. The Academic track consists in 2 days of panels and sessions, with a look at new technologies being created at the university level and what related academic developments are emerging. The 2nd day of the Academic track is devoted the study of game audio, including Ludomusicology, a growing field of academic research and scholarly analysis focusing on video game music. 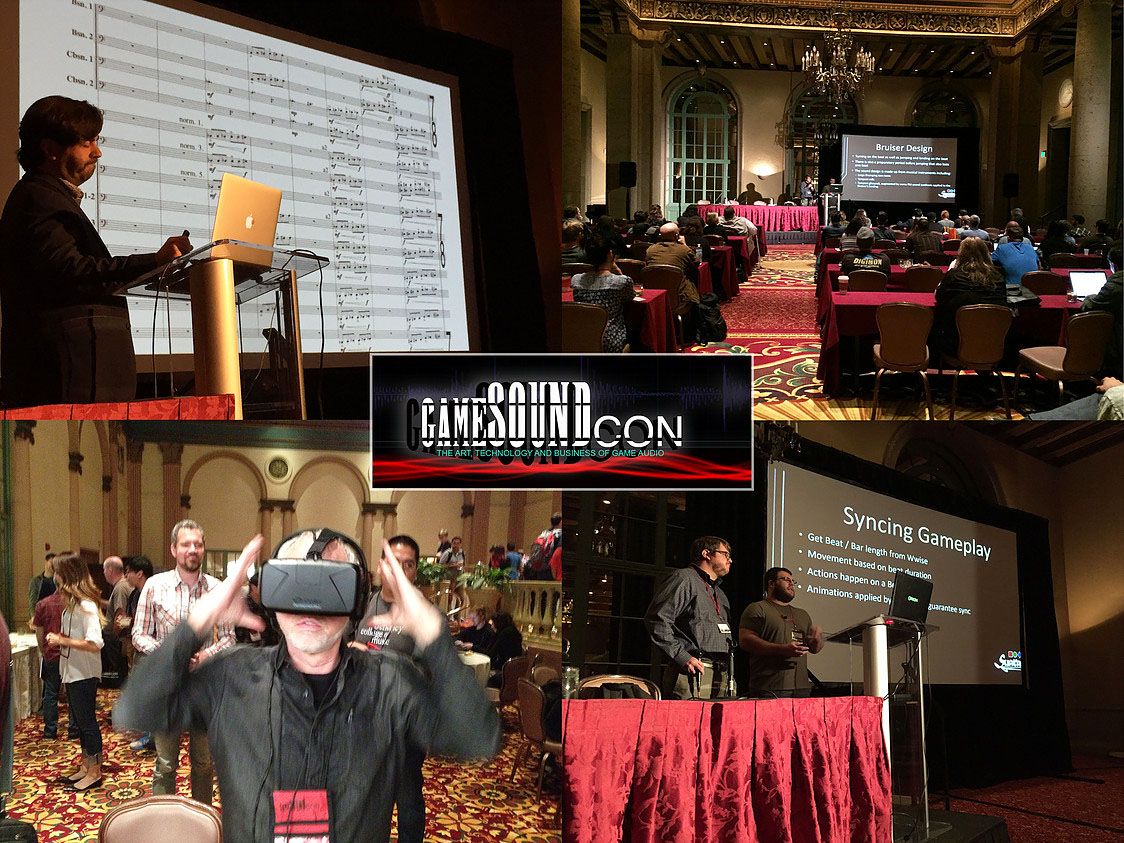 Over the past decade, GameSoundCon has grown into the largest professional conference dedicated to game music and sound design and audio for virtual reality. It is the leading resource for sound designers and composers from Film, TV, music or other traditional media who are looking to widen their skills when it comes to composing music for games, and for experienced game audio professionals who want to learn more about Virtual Reality, Augmented Reality, and stay on the cutting edge.

Paul Lipson, Senior Vice President at Formosa Interactive, will deliver the keynote titled mysteriously “A Hand In The Sun”. “I am planning something unexpected and special for this keynote,” says Lipson with a smile, “GameSoundCon in its 10th year - that’s big.”

Lipson’s extensive creative management and content experience spans nearly two decades, and is credited on a broad range of leading titles such as the Halo franchise, God of War, the Call of Duty franchise, and a host of 1st and 3rd party titles from Sony, Microsoft, Nintendo, Activision, EA, and more. Lipson and his team have been honored with numerous awards for their creative work, such as repeat wins from the MPSE Golden Reel Awards and the Game Audio Network Guild Awards. Paul is extremely passionate about audio and a strong supporter of the advancement of the video game industry.

Audio director Zak Belica and technical sound designer Seth Weedin (who is also the music composer for “Robo Recall”, one of the highest ever rated VR games), both with Epic Games, will talk about creating audio for the hugely popular game “Fortnite” and how to keep pace with the perpetual release cycle of this ever-evolving game.

MTV icon, producer of platinum selling music titles, renowned synth player and now professor at the Peabody Institute at John Hopkins University, Thomas Dolby, will discuss “The Next Generation of non-linear VR Composers”. Prof. Dolby is about to launch the first-ever Bachelor of Music degree in VR composition at the major US university.

The conference is held on October 9-10 in the Millennium Biltmore Hotel in Los Angeles, CA. GameSoundCon’s registration is open now and EARLY BIRD pricing of $449 is available through August 31, 2018 (regular ticket price: $725). To register, please go to www.gamesoundcon.com/registration
www.gamesoundcon.com
related items