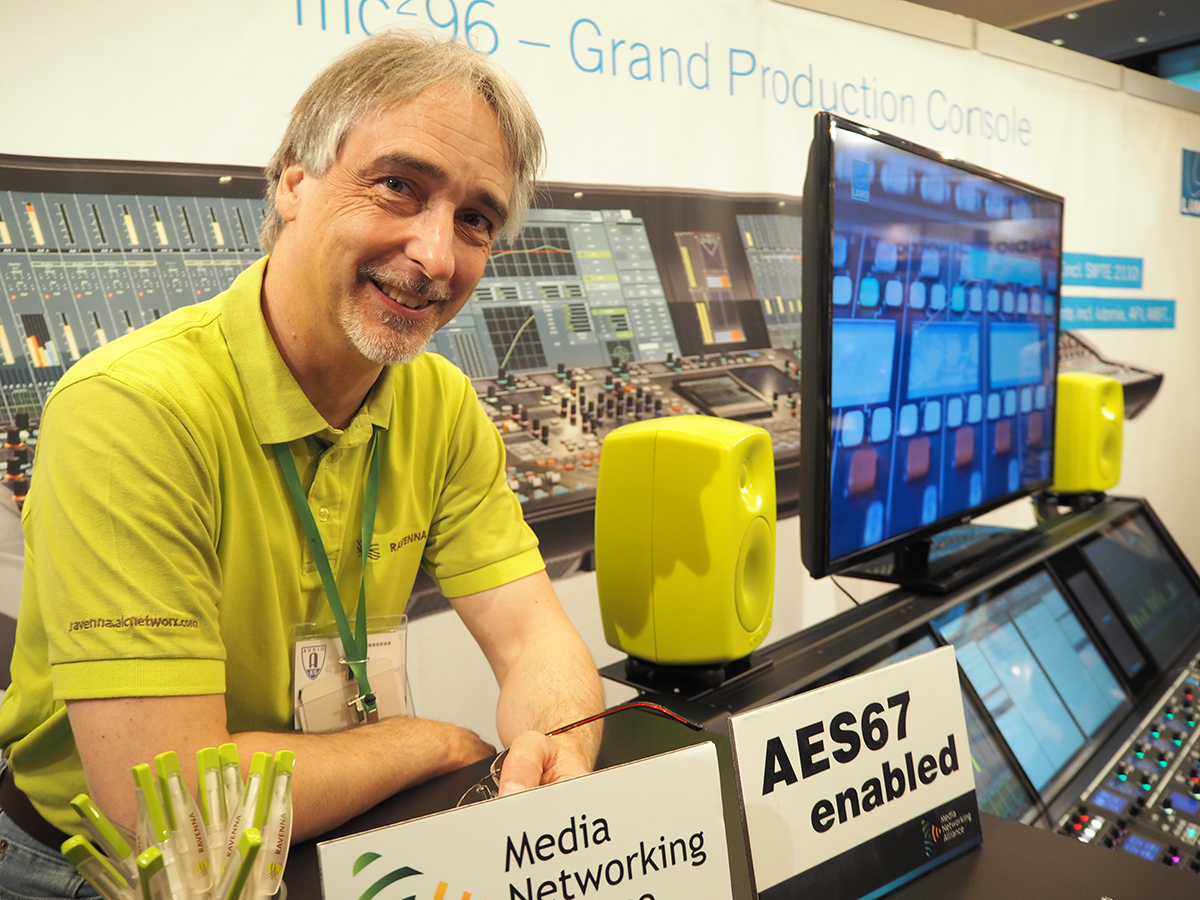 The first was an overview of audio and video over-IP standards which highlighted the developments in standards work since AES67 was published in 2013. In particular, the SMPTE is working on a suite of standards based on the work of the Joint Task Force for Network Media (JT-NM) and AES67 – SMPTE2110. Hildebrand provided an overview of these standards, the reasons behind their development, a brief explanation of the protocols and network mechanics used and how they relate to AES67.

The second session, co-presented by Nicolas Sturmel from Merging Technologies, was a practical workshop that demonstrated a working AES67 environment including RAVENNA, of course, and offered insight into device and network configuration, management and monitoring. Presenting to a packed room, Hildebrand provided lots of practical tips and recommendations for planning when setting up a mixed AES67 system including advice on networking in general, PTP issues, multicast addressing and IGMP configuration, and QoS issues. Then it was time to put it all to the test… 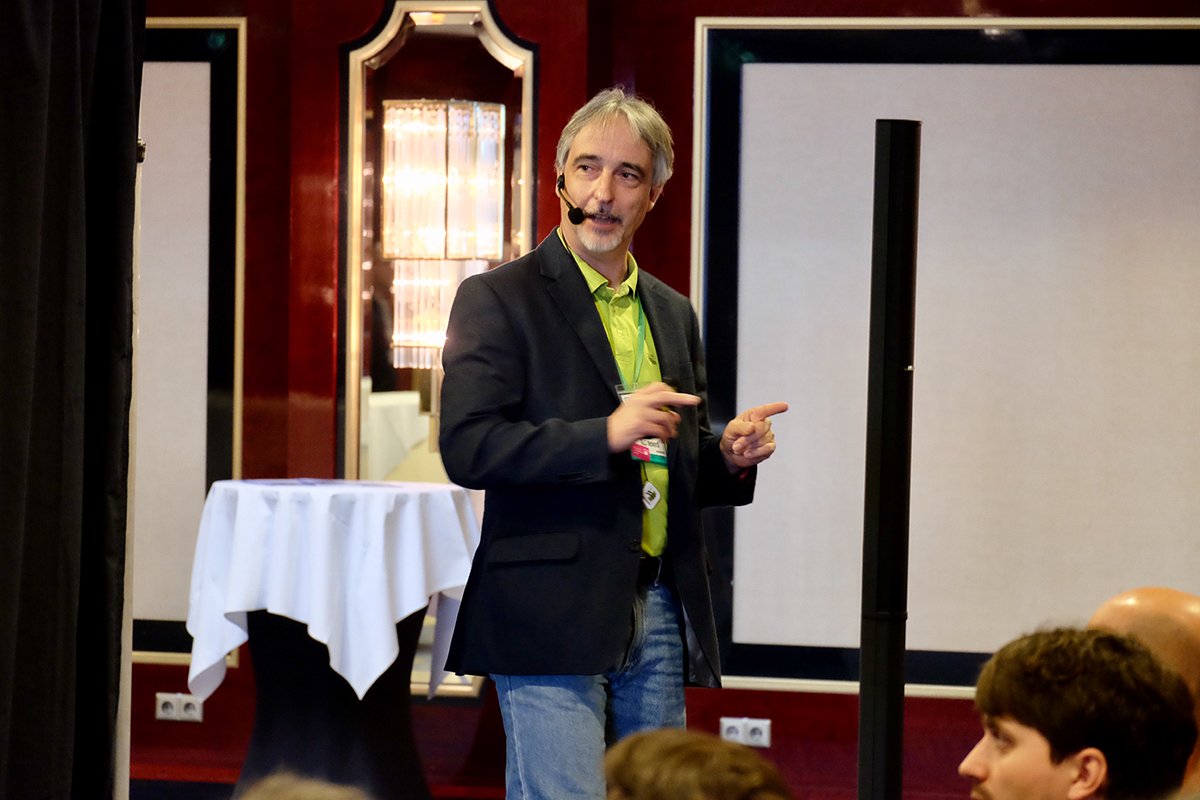 “The demo utilized a Lawo A_ interface with a Schoeps microphone, a Merging HAPI and their Virtual Audio Device (VAD) for Mac OSX, the RAVENNA Virtual Sound Card (RVSC) for Windows by ALC, two of our favorite RAVENNA-green 8430IP monitors from Genelec, a Luminex PTP-aware GigaCore12 switch and a Dante-based Yamaha TF-1,” explained Hildebrand. “You could say that the session sub-title was, ‘Hijacking the PA system,” as the audio for the whole session was actually presented on the networked system! The signal flow went from the microphone to the A_ interface where it was converted to RAVENNA/AES67 and fed to the TF-1, then out via Dante/AES67 to the 8430IP monitors. While there were a few hiccups with the conventional HDMI video splitters during the presentation, the audio side performed flawlessly.”

Sturmel then concluded the session with a brief introduction of their new ANEMAN audio network manager. Hildebrand’s final presentation on the PSE stage offered an in-depth explanation of what AES67 is, what it can do and how it can be used, including application examples.

“Just as at NAB, it was great to see the amount of people taking an interest in AoIP networking and making the effort to come and learn more about it,” said Hildebrand. “AES may be a much smaller show, but I was still presenting to a packed room every time. It’s just goes to show that all the work we have done to promote IP networking and interoperability using RAVENNA/AES67 is really starting to pay off.”

The next opportunity to hear Andreas Hildebrand will be at the EBU Network Technology seminar in Geneva on 21/22 June, before he's off for the summer to regroup and prepare for the next big event which will be IBC 2017 in Amsterdam in September.
www.ravenna-network.com
related items