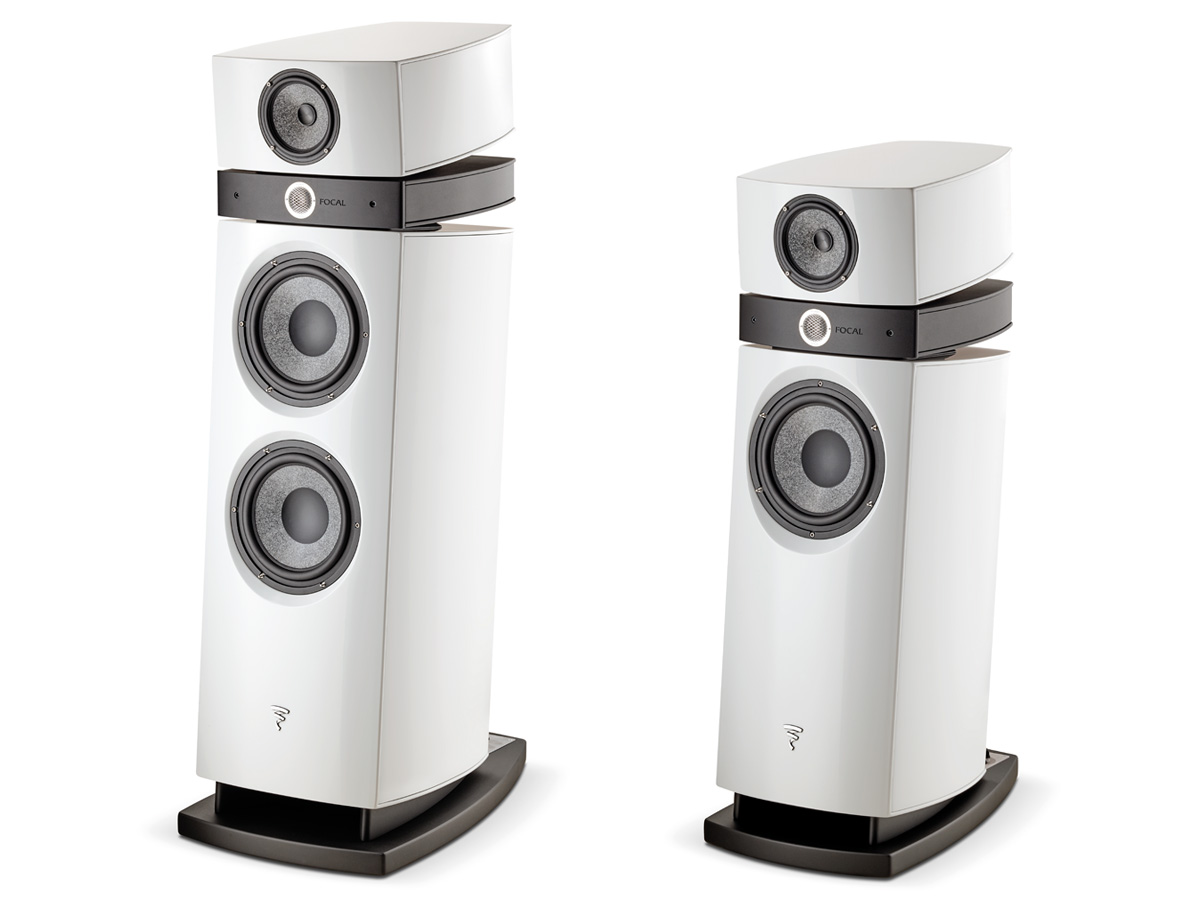 According to Focal, since its launch in 2008, Utopia III speakers have contributed highly to the company's financial success, and worldwide expansion. The 2017 edition of Utopia III speakers want to remind the market that these loudspeakers are still at the cutting-edge of technology and have been further upgraded integrating its latest technological innovations. Already with two models available in the Utopia III line, the new Scala and Maestro Evo are the loudspeakers to inaugurate this special edition; while their previous incarnations will be
removed from the brand's catalogue.

And since the Focal Utopia line targets a market where price is not an issue, we were curious to learn that the changes in the two new Evo models are mainly within the speaker drivers, with the company also updating the crossover and available finishes. To start with, the most recent acoustic innovations developed by Focal further enhance the Utopia III line, and Focal says that this was also considered the perfect opportunity to enhance every detail they could to refine the sound even further.

“It was natural for us to capitalize on the research carried out in 2008, which resulted in new and exclusive innovations, particularly in the mid-range register: TMD suspension and NIC (Neutral Inductance Circuit)," Focal says. The TMD suspension technology provides a linear frequency response curve from bottom lows up to 4kHz, while significantly reducing distortion in the range. Neutral Inductance Circuit stabilizes the magnetic field, to avoid harmonic distortion and intermodulation.

The new Scala and Maestro models also upgrade to bi-amplification. Bi-amping is now possible by separating the bass and mid-range/treble registers, just like the line’s two top-of-the-range loudspeakers. For this reason, the loudspeakers are equipped with a double terminal board and, in order to avoid magnetic disturbance in the components reproducing high frequencies, from vibrations of bass section, the two crossovers have been separated within the enclosure.

With the upgrade, several components were also replaced with improved performance versions, and even all the internal wiring within the units was altered, increasing the wire gauge of the cabling by 20%. Finally, for the bass register, the acoustic wadding lining included inside the enclosures has been thickened for even tighter bass.

And since Focal is increasingly working for the automotive industry, the two new models will be available in new distinctive colors, inspired by the automotive universe: Metallic Blue, Ash Grey and British Racing Green, in addition to the timeless Black Lacquer and Carrara White. The loudspeaker enclosures are also lacquered in the same color all over, with front and side panels now identical. Only the basic shape remains the same, "just with a modern style," Focal adds. 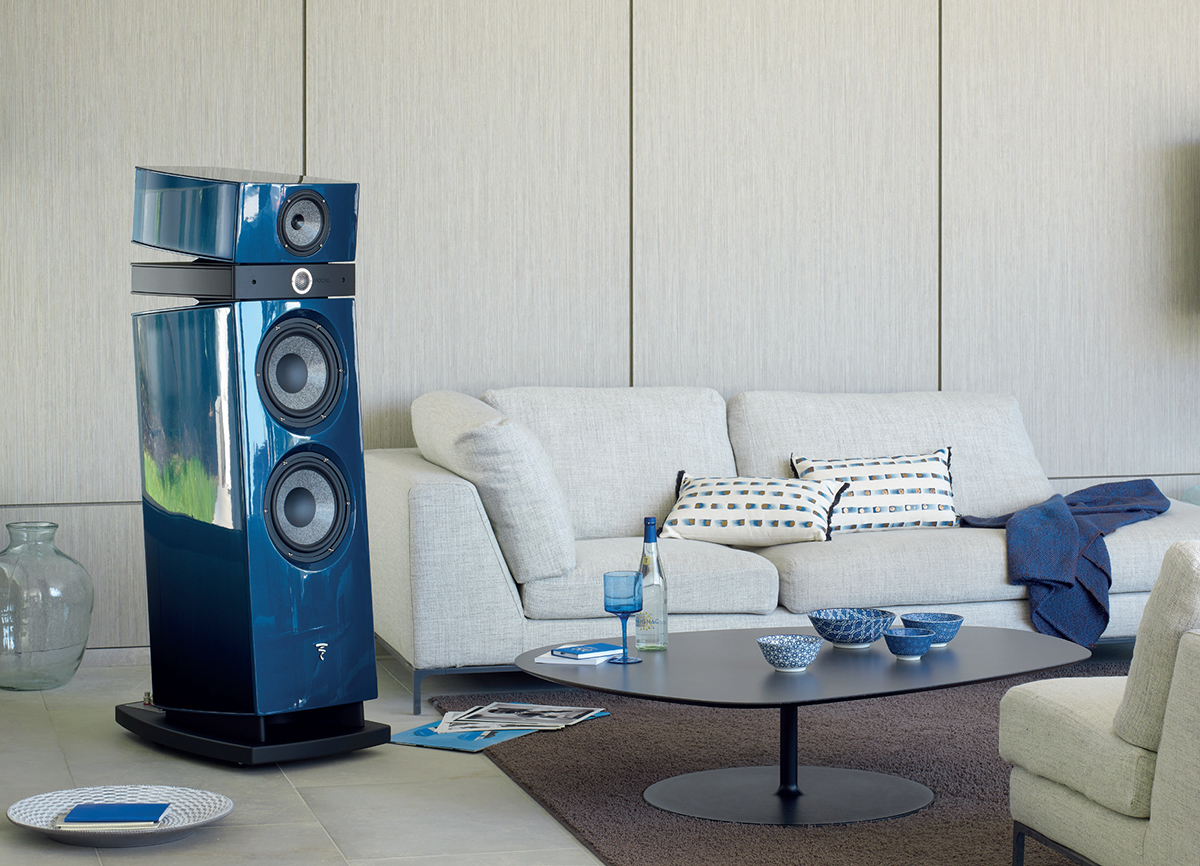 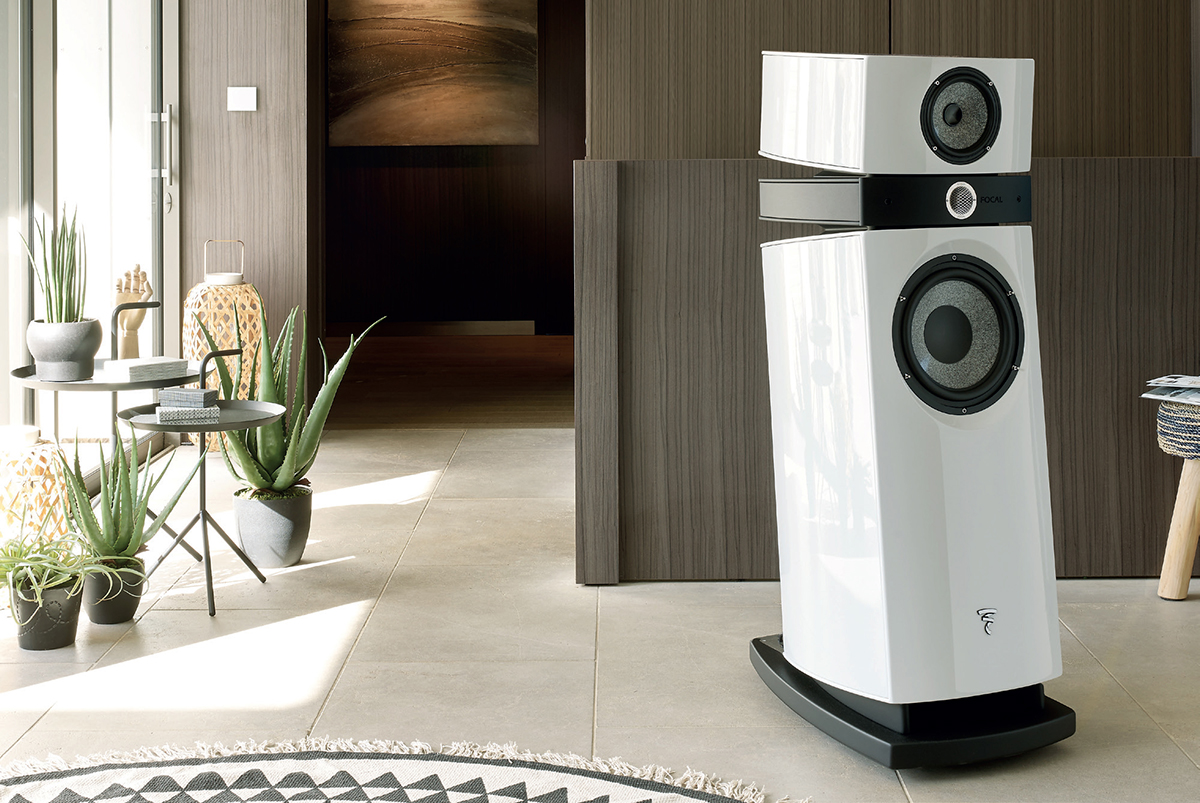 The new Focal Scala Utopia Evo is a similar three-way floor-standing loudspeaker, in a more compact cabinet, with only one woofer. Sporting a new terminal board, the Scala now also offers bi-amplification, using the same drivers and components as the larger Maestro model. Specifications detail a frequency response from 27Hz to 40kHz (±3dB) and 92dB sensitivity (2.83V/1m) at 8-ohms, with slightly lower recommended power and much less weight 187.4lbs (85kg).

For more than 35 years, Focal-JMlab has been recognized as a leading French high-fidelity manufacturer. The company is based in Saint-Étienne (Loire department), and manufactures its own speaker drivers for all products. All Focal products are designed and developed in France and 70% of its production is exported, mainly to Europe, North America and Southeast Asia. Focal and renowned British electronics engineering company Naim officially merged in 2014, creating the Vervent Audio Group. Each company brings its own expertise to the group. The two brands remain independent, creating a synergy in their national and international markets. Naim also kept their design and production chains in Great Britain.

Focal's main production site is in Saint-Étienne, in the Auvergne–Rhône-Alpes region, with 200 employees and a 188,000ft² (17,500m2) area, combining both research and development and the production lines for high-fidelity speaker drivers, loudspeakers and headphones. It is also equipped with a logistics platform. A second site is a cabinet-making facility in Bourbon-Lancy in Bourgogne–Franche-Comté, with 40 employees and 43,000ft² (4,000m2), which Focal fully acquired in 2015. In 2016, Focal built a workshop in Saint-Étienne, dedicated to the new, entirely hand-made high-end Utopia and Elear headphones.
www.focal.com
related items