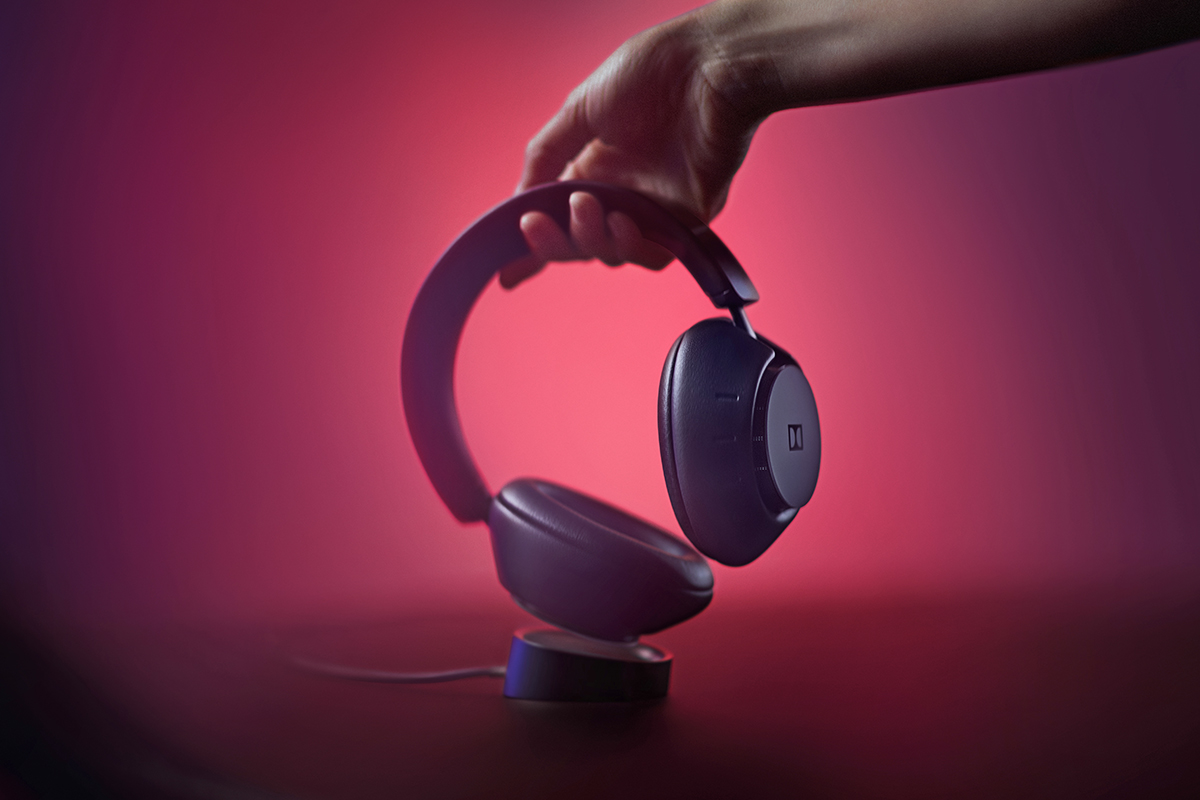 “Dolby’s true north is uniting the art and science of entertainment, elevating the creators’ ability to tell their stories and enabling consumers to be immersed in spectacular experiences,” says Kevin Yeaman, President and CEO, Dolby Laboratories. “Today we continue that journey with the introduction of Dolby Dimension.”

Building on its heritage as an innovator in entertainment technology and particularly the Dolby surround and immersive/object-based audio formats, Dolby Laboratories apparently felt there was an opportunity to introduce a new way to experience shows, movies, and music in the home - delivering a binaural rendering audio experience that is able to correctly translate those immersive audio formats, such as Dolby Atmos, on headphones.

This can be considered a reference designs for all purposes, but apparently Dolby trusts that the headphone space is big enough and the market growing in such a significant way that makes it worth to actually create an hardware product directly available to consumers, instead of just licensing the platform (which will probably happen anyway...). Adding to that the fact that binaural processing and active noise cancellation (ANC) are still emerging technologies that represent a huge opportunity for companies with valuable IP (such as Dolby) and the whole idea of designing and selling a Dolby-branded product becomes sort of obvious. Enter Dolby Dimension, "the first wireless headphones perfected for home entertainment."

"Streaming services have fundamentally changed the way consumers watch and listen to their entertainment. There is more premium content available than ever before and consumers are accessing it at all times, across multiple devices. With Dolby Dimension, consumers can be fully immersed with cinematic sound, while staying connected to their important everyday life moments, all while binge watching their favorite hit series on Netflix, iTunes, or Amazon Prime Video," the company describes in the announcement. 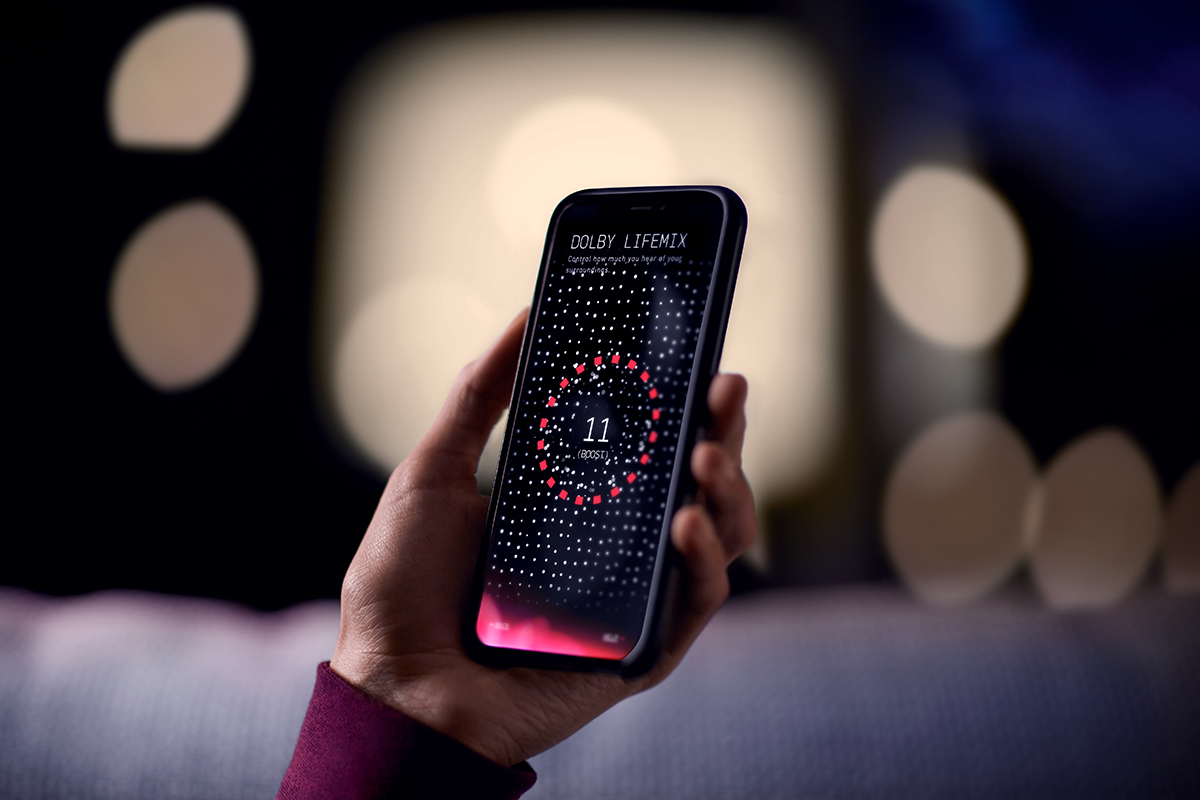 The new headphones use what Dolby calls Dolby LifeMix, a proprietary new technology central to the Dolby Dimension experience. Using an advanced microphone array, this allows consumers to control how much they hear of their surroundings — from a perfect blend of their entertainment and life around them (Transparency) to shutting out the world (Active Noise Cancellation).

As the company describes, the Dolby Dimension headphones eliminate the need that consumers often have in turning the volume up and down so as not to disturb others, and the days of “read watching” with subtitles because the volume is so low consumers can’t hear dialogue. "There is no need to watch with one ear cup off or go to a separate room because they want to watch something different from their partner or roommate. Instead, consumers can fully immerse themselves in entertainment whenever they want," they explain.

Let's look closer at the key features. Dolby LifeMix provides users with the power to control how much they hear of their surroundings, and combines this "exclusive" personal environment with Cinematic Sound, leveraging Dolby's expertise in sound technologies for cinema and transposing it to headphones. There's also what Dolby calls "Virtualization" and which relates directly to the level of processing applied to the binaural rendering of different sound sources, allowing to hear complex object-based mixes on movies with more localization. This is supported with built-in sensors with head-tracking, so users can move their heads freely like they do in a theater. Of course this also means that driver design needs to be premium (Dolby describes a single custom-designed 40mm dynamic driver), but Dolby's own processing technologies do a lot of the heavy lifting, especially when powered with the built-in Cirrus Logic DSP processor, Qualcomm CSR Bluetooth platform and Qualcomm SnapDragon ARM processor.

In fact, the cooperation between Dolby and Qualcomm in this field dates back to 2013, when the two companies started working together to bring Dolby sound to mobile devices using headphones. Back at CES 2014, Qualcomm demonstrated its Snapdragon Theatre processor to power 4K Ultra HD video processing, along with mobile audio height enabled by Dolby. The digital signal processing and audio enhancement capabilities where then directly powered by a smartphone or tablet, and simply optimized for headphone listening. But now those processors are powerful and low-power enough to be integrated directly in battery-powered wireless headphones. 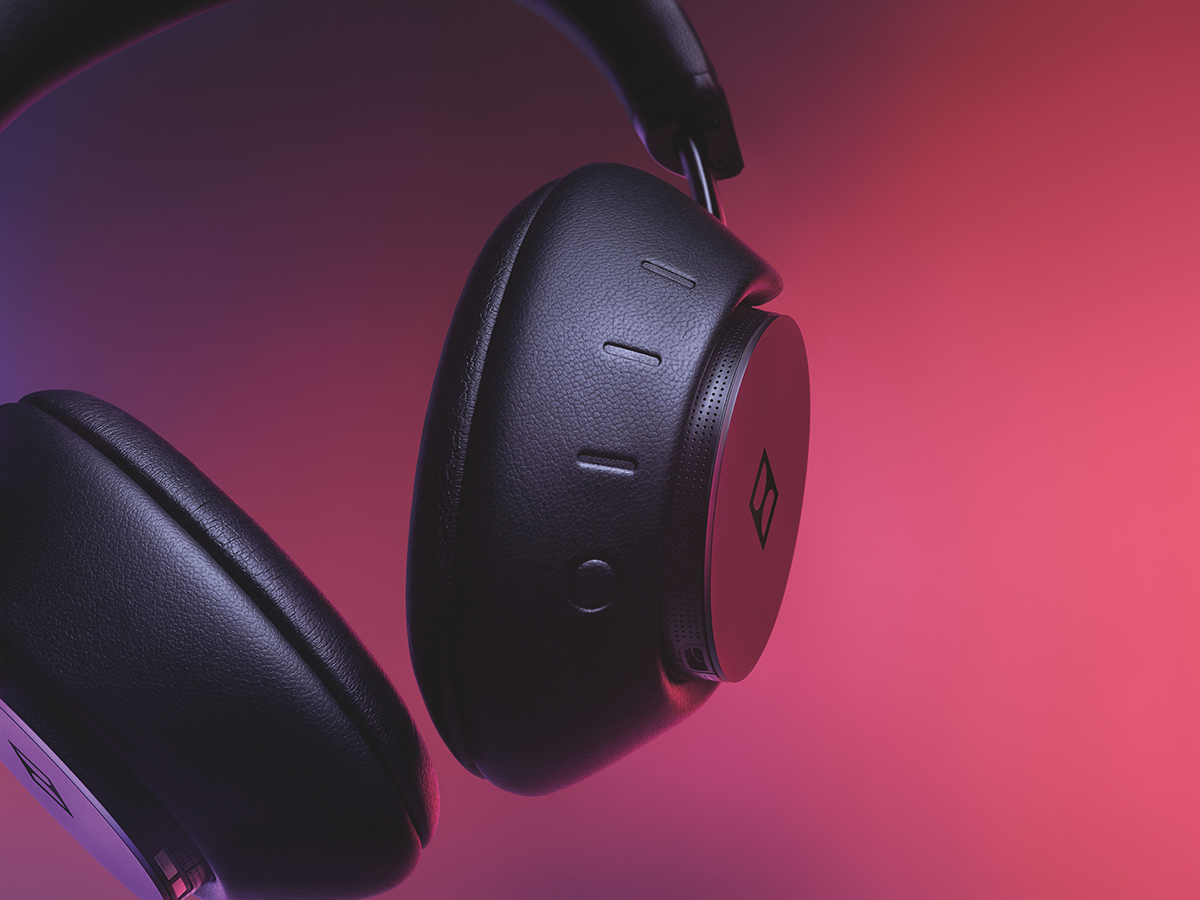 The headphones of course are not cheap - price announced is $599 USD - and use premium materials in order to offer the best fit and a comfortable experience for long binge sessions. For the Dolby Dimension headphones, the company also implemented a tactile surface on the right earcup, offering what they call One-Touch Switching to switch between screens and audio sources, adjust volume and transparency/ANC modes.

Additionally, the Dolby Dimension app, available for free on iOS and Android platforms, allows users to adjust all the key features — such as Dolby LifeMix, Virtualization, and Head Tracking — and manage paired devices. The included Power Base keep the Dolby Dimension headphones charged while not in use and easily accessible. The intuitive Touch Controls also allow users to activate Siri or Google Assistant, and take calls. Battery specs detail up to 10 hours of use with full processing (LifeMix and Virtualization) or up to 15 hours in low power mode. A full charge requires only approximately 2 hours, and users can get two hours of playback to see a movie with just 15- to 20 minute charge.