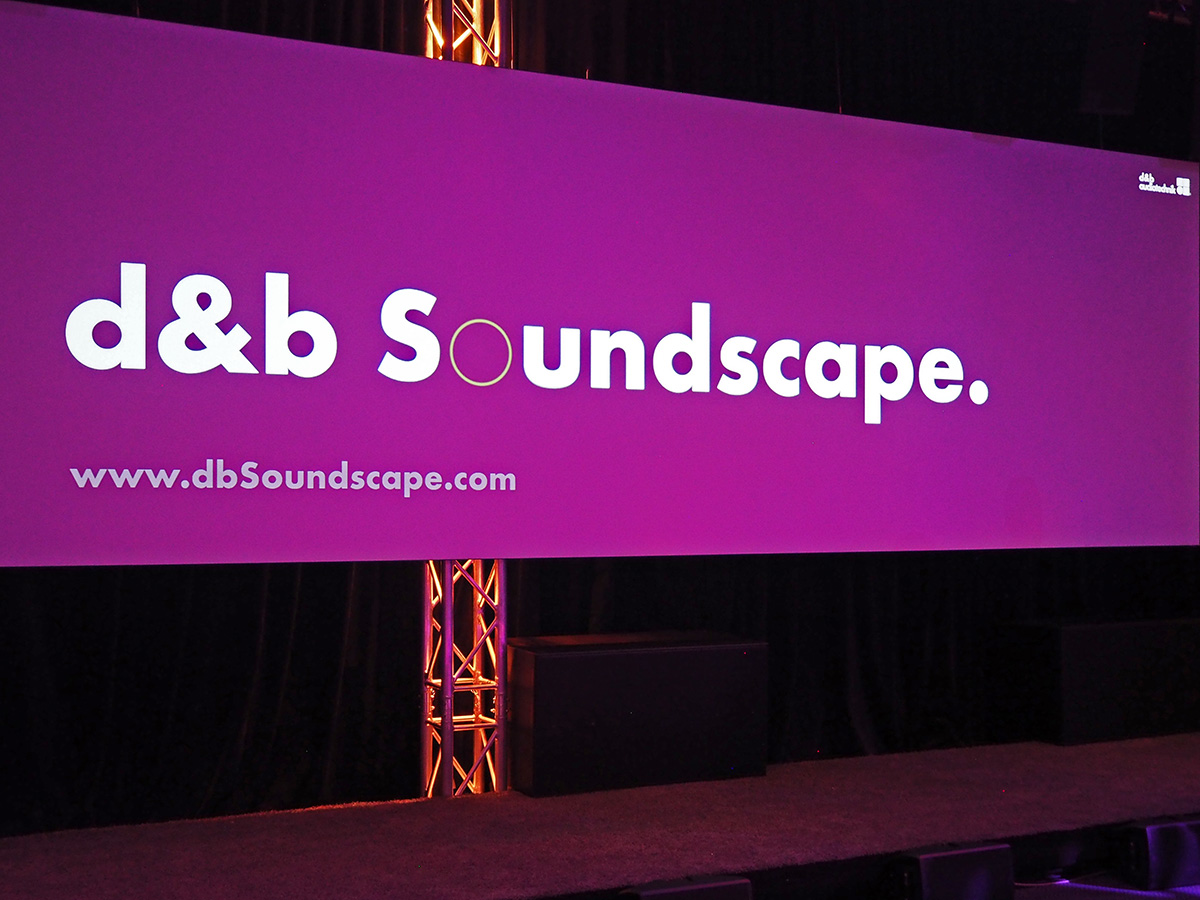 Seen at multiple presentations at all the recent audio trade-shows - including the recent Integrated Systems Europe 2018 show in Amsterdam - the professional audio and sound reinforcement manufacturers are teasing the industry with the possibilities of moving away from the restrictions of the standard dual-sided (dual-mono) public address systems, directly into complex multichannel installations that would be simply impossible to manage if it weren’t for the evolution in digital audio processing and audio networking.

Among the multiple approaches, some simply named “spatial audio”, others betting directly on the more consumer-friendly designations of 3D audio, and immersive sound, multiple companies are betting heavily on a transition to a new production model, where live performances can be translated directly by sophisticated multichannel audio installations, combined sometimes with acoustical space emulation and live tracking of sound sources, all managed by a combination of object-oriented audio production software tools, and real-time  dedicated digital audio processing that translates sound objects and virtual acoustics into an ideal reproduction conveyed by the actual physical speaker installations - with the ability to quickly reconfigure the whole configuration, depending on the number and power of speakers used, in function of the auditorium size and intended audience coverage.

Among the manufacturers that have been experimenting and perfecting the concept and are now entering the market aggressively is d&b audiotechnik, one of the most respected German manufacturers of sound reinforcement systems. Combining d&b loudspeaker systems with state-of-the-art processing power, object-based mixing and sophisticated room emulation, d&b Soundscape is the company’s toolkit to enable the creation of an unparalleled listening experience - natural, harmonious, enveloping and emotionally engaging.

Almost 5 years in development and with extensive field testing by some of the world’s leading artists and venues, d&b Soundscape changes the approach to live sound mixing and system design. What has long been an exercise in managing limitations now becomes a process that is freely creative, far from the restrictions of mix busses and stereo imaging, this new technology allows the creation of sound system designs with which acoustic environments can be created and sound sources placed and moved.

“Soundscape fulfils a devotion we've had for decades," says Ralf Zuleeg, Head of Sales Services and Application Engineering at d&b audiotechnik, and the driving force behind the development of d&b Soundscape. “The question has always been, ‘How do we give the same natural, authentic listening experience to every member of the audience?’ Soundscape allows us to do that. It’s the truest case of the d&b goal of ‘Democracy for Listeners’.”

“Soundscape” was chosen by d&b, first because it translates the concept as a landscape, which is a three-dimensional visual environment that describes the totality of the sound around us at a specific time and place, and secondly, because there is actually an ISO standard in acoustics that describes what a soundscape is - and German companies obviously are obsessed with standards.

Realizing that concept, the d&b Soundscape solution represents an important experiential evolution, moving forward from the limitations of conventional sound design. Whereas a stereo image only fully works for the fraction of the audience positioned on the centre axis between left and right sources, the d&b Soundscape delivers true audio reality, an audio mix of sparkling clarity and unprecedented separation, without loss, to every audience member. Vocals, keys, drums, guitar - all are heard in their true location on the stage. Gone is the exhausting disconnect between what the eyes and the ears tell the brain. With d&b Soundscape, the senses are aligned: the brain can literally relax and enjoy the show.

The core of the d&b Soundscape is the DS100 Signal Engine, a high-performance audio processor with Audinate Dante networking and a powerful 64x64 level and delay matrix with extensive in- and output processing. The full potential of d&b Soundscape is accessed via two optional software modules which together form a powerful toolkit for sound designers - d&b En-Scene and d&b En-Space. Both are accessed via the familiar d&b R1 Remote control software.

d&b En-Scene is a sound object positioning tool allowing the individual placement and movement of up to 64 sound objects. It accurately depicts stage scenarios so that each sound object corresponds both visually and acoustically. The entire audience hears what it sees and vice versa.

d&b En-Space is an easy-to-use room emulation tool which can add and modify reverberation signatures for any given space, giving an enriched, natural-sounding reproduction. These reverberation signatures are emulations derived from acoustic measurements of six internationally renowned performance venues and convolved within the audio processor. This results in a natural modification to the acoustic characteristics of a space, whether indoors or outdoors.

Crucially, d&b Soundscape is eminently usable. It works effectively in either 180 stage proscenium set-ups or 360 configurations and has been designed to integrate with the existing d&b workflow. Systems can easily be set up and configured with d&b ArrayCalc, and the DS100 processor. The d&b DS100 processor is open for integration via the AES70 (OCA) protocol with industry standard consoles and show controllers, as well as replay and tracking systems, including those using Open Sound Control (OSC). This ease of use and open access was an essential part of the d&b thinking from the start, and the processor is able to leverage the low-latency audio networking features of the Dante protocol, offering a total system latency of only 1.3ms.

The whole solution has been extensively tested in actual productions, from large scale opera performances to demanding multimedia presentations in custom built immersive auditoriums, or even in global tours from German band Kraftwerk, which continues throughout 2018.

David Claringbold, Chief Marketing Officer at d&b audiotechnik, says, “We are excited to introduce d&b Soundscape to the world. Sound is a powerful communicator with a deep emotional connection to our subconscious. In developing the d&b Soundscape we have envisaged a future that enhances the quality of experience for artists, audiences and engineers, extending the creative capabilities of events and venues. With Soundscape, d&b is a key contributor to an audio technology conversation that opens up a new frontier of possibility.”

d&b Soundscape at ISE 2018
ISE 2018 at RAI Amsterdam, Netherlands, was a milestone event in a five year journey for d&b, as its d&b Soundscape solution was officially released to the market. d&b audiotechnik has also announced the first technology partnerships of the powerful DS100 Signal Engine, the integrations with QLab by Figure 53 and TTA Stagetracker II by TTA, as well as with Digital Audio Workstations (DAW) systems in either VST or AU formats. 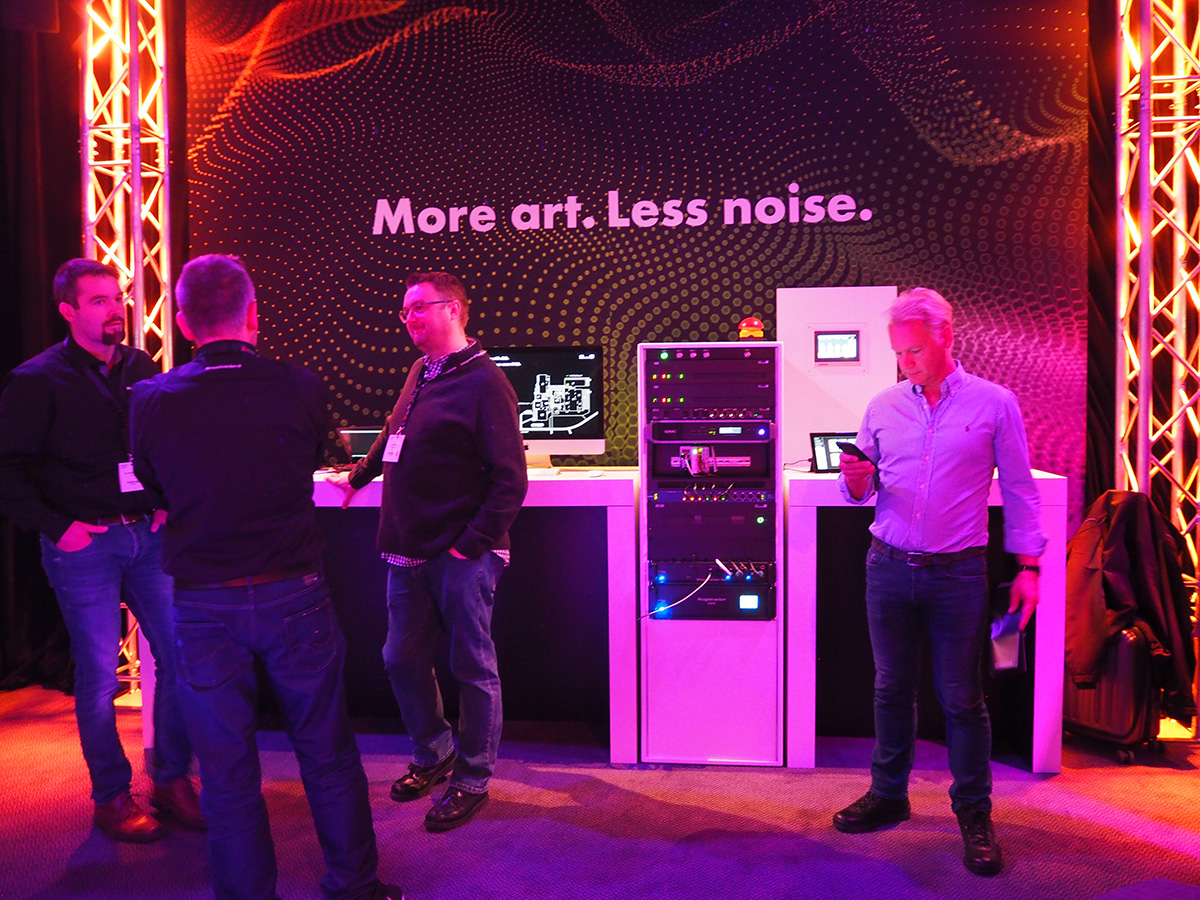 Georg Stummer, DS100 product manager at d&b audiotechnik, says, "With acoustic emulation and object-based mixing now made a reality by the d&b Soundscape, of course we want to make its possibilities as widely available as we can, including through partnerships with other technology companies." QLab, by Figure 53, is a show control and playback software used in professional show environments worldwide, from small venues to major broadcast events. The forthcoming release of QLab, v4.2, will incorporate DS100 functionality into Network Cues and offer access to a number of DS100 functions, such as sound object positions, gain, delay and EQ, with further functions available in future updates.

The d&b demo lounge was filled with people buzzing from the d&b Soundscape demonstration. Lively conversations about Integration projects were also underway after the Integration and interoperability presentation, which offered visitors the chance to experience the d&b approach to integration with a broad range of applications.