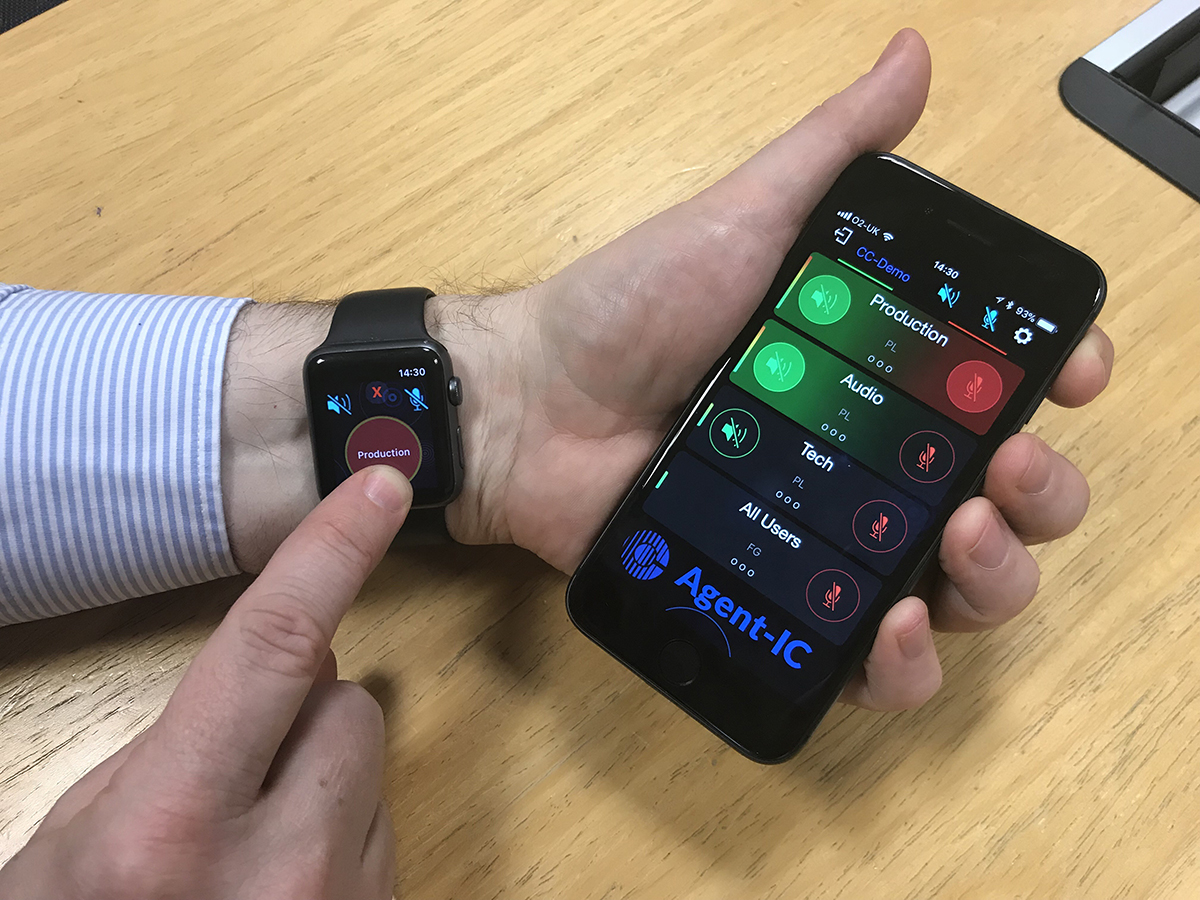 The established Agent-IC App enables smartphones and tablets to connect to Clear-Com’s Eclipse-HX matrix system or to the LQ Series IP Interfaces that facilitate connections to any Partyline system, either locally or remotely. Now, with this optional feature in Agent-IC 2.2, Apple Watch users no longer need to use their iPhones to initiate or respond to calls. With a distinctive tap on the wrist, Apple Watch users are clearly and discreetly notified of an intercom call, can instantly see the I.D. of the intercom caller, and can respond via a paired Bluetooth headset or an iPhone.

Discreet haptic signaling on the wearer’s wrist means that calls are not missed even when background noise is high. Users can also view the call on the watch face, eliminating the need to reach for their iPhone in situations when such an action may be inappropriate.

The Agent-IC interface on the Apple Watch features a start-up screen, allowing selection of the host intercom system and user profile using the Digital Crown on the watch, with buttons on screen to initiate and terminate connections.

“As the biggest wearable brand by market share, we are excited to expand the Agent-IC app capability to Apple Watches, extending the experience and convenience to a large set of existing Apple Watch owners on the Clear-Com intercom systems,” says Peter Stallard, Senior Product Manager of Clear-Com. “Agent-IC already works on Android wearables and has overall app usage increasing at a very fast pace. This new added capability will take adoption to the next level.”

50th Anniversary
Clear-Com is celebrating the 50th anniversary of its founding. Founded on April 18, 1968, Clear-Com traces its humble beginning to a two-person team in San Francisco, California, USA, where the music scene flourished and ear-deafening music became the norm. It was at this time in history where Bob Cohen and Charlie Button met and worked together to create the very first production intercom, known as the RS-100 distributed amplifier analog beltpack system. The RS-100 was an instant success, used for production communication by legendary San Francisco rock bands and artists such as Jefferson Airplane, Janis Joplin, and the Grateful Dead. 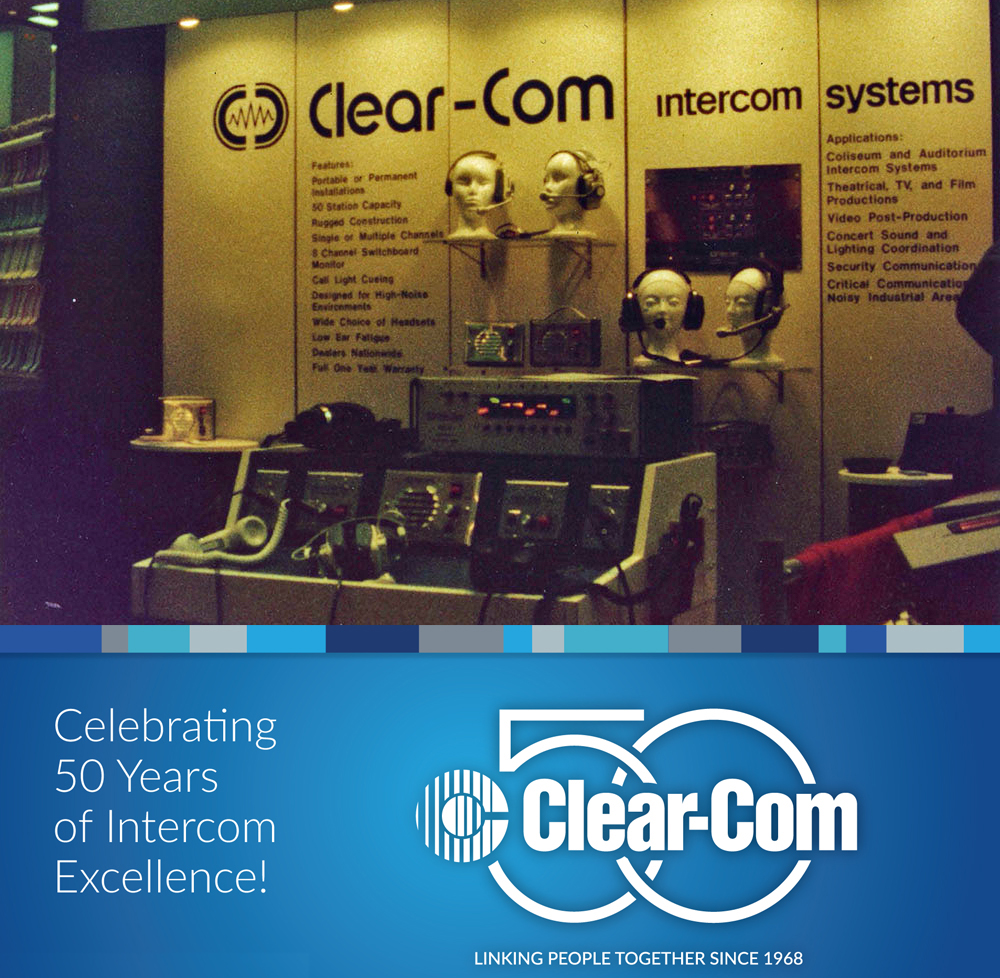 Since then, Clear-Com has stayed true to its roots with analog-based intercom systems for the live performance market, while the company also expanded into Broadcast, Military, Aerospace and Government, Sports Operations, Houses of Worship, Theme Park and Offshore-Marine markets. This diverse range of markets is now served by a mixed communications and connectivity portfolio comprised of IP, Digital, Wireless, Fiber and Mobile Applications for group and point-to-point communications on multiple private channels.

The company was honored at the 2018 NAMM Show with the National Association of Music Merchants (NAMM) Milestone Award for 50 years of service in the music products industry. Every day, Clear-Com systems are used in some part of the world, be it for a live performance, a news production for local or global broadcasting, in a special governmental operation affecting millions of lives, and on shipping vessels out at sea enabling teams of people to perform intricate tasks.

The company will be celebrating in different ways in various parts of the world - at tradeshows, in local events with partners and customers, on social media channels, and on its dedicated 50-Year Anniversary website at www.clearcom50.com.

Agent-IC 2.2 will be worn and demonstrated by staff on Clear-Com’s Booth C6908 at NAB 2018.
www.clearcom.com
related items