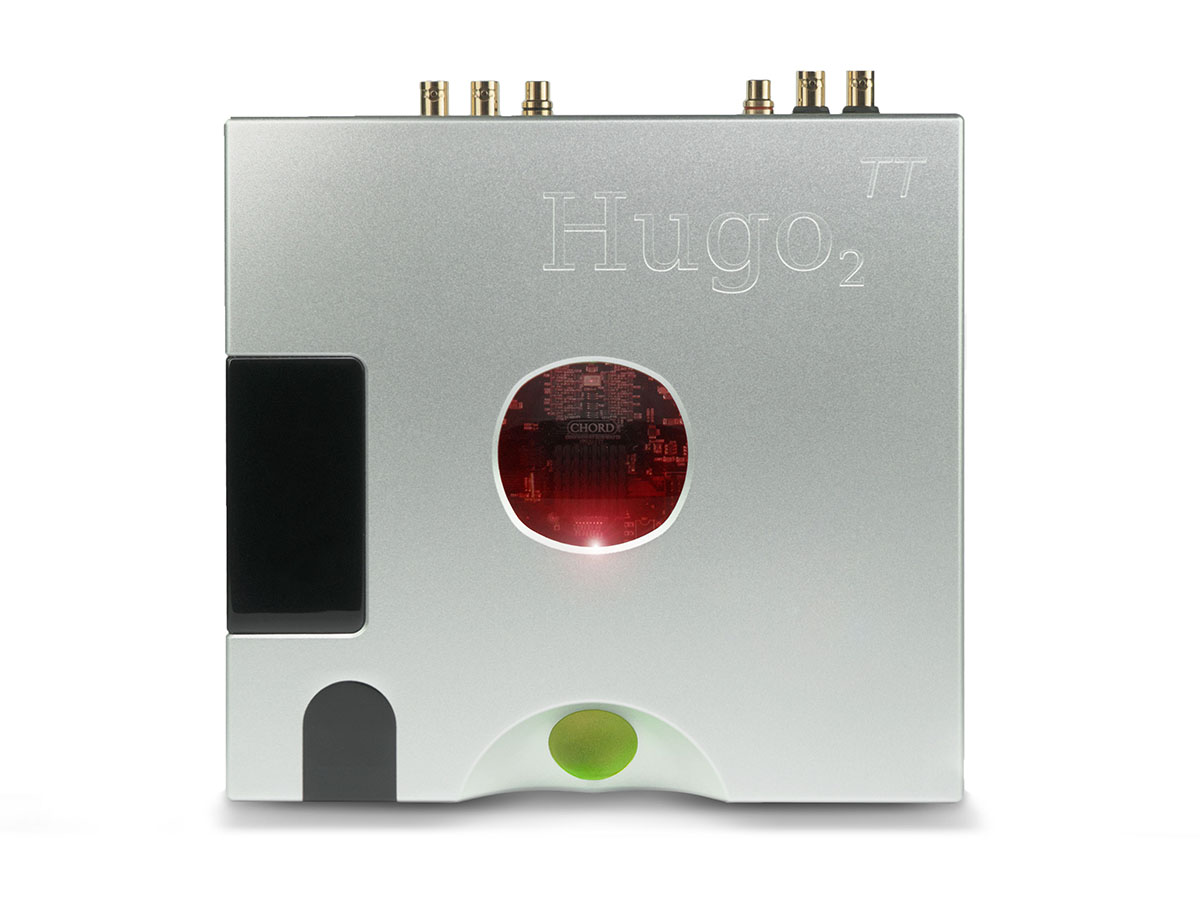 Chord Electronics' next-generation Table-Top (TT) DAC/headphone amplifier sets a new technical benchmark, eclipsed only by the brand's flagship DAVE. The device now offers incredible output power, and flexible new features with a redesigned casework, making it even more versatile and attractive. As Chord puts it, the new Hugo TT 2 is "the world’s most advanced desktop DAC/headphone amp." The claim is based on the fact that its technical performance is based upon the new Artix 7 FPGA chip which has been uniquely custom-coded by Chord Electronics’ Digital Design Consultant, Rob Watts.

In addition to class-leading digital audio processing, the Hugo 2 TT offers enormous power reserves courtesy of a new super-capacitor-based power supply unit, designed to drive even the most difficult headphones, including high-impedance IEMs/CIEMs. And there’s even enough power to drive efficient compact loudspeakers given suitable cabling - a use that truly makes the Hugo 2 TT popular among many users.

The Hugo TT 2 offers five times the processing power of the original Hugo TT (offering a 98,304-tap 16FS WTA 1 filter) and deploys 86x 208MHz DPS cores in parallel to create the WTA filters. The Hugo TT 2 also benefits from an extremely low noise floor of -178dB with no measurable noise floor modulation. The device’s highly advanced 12th-order noise-shaper, which uses 10 Pulse Array elements, is much improved over the original with well over 100,000 times more resolution than before, resulting in greater detail resolution and perception of soundstage depth.

A high-power discrete output stage with distortion-reducing second-order noise-shaping is integrated into the DAC output amp and filter. The Hugo TT 2 eschews the battery supply used in its predecessor and instead uses six super caps in the power supply unit, capable of delivering huge, linear dynamic currents: peak output currents of 5A and 9.3V RMS.

In addition to its internal upgrades, the Hugo TT 2 also benefits from a number of external improvements. For added versatility, the number of digital inputs has risen to six and includes HD USB-B, 2x optical and 2x coaxial BNC (up from one each on the original) plus extended-range aptX Bluetooth. Three headphone outputs are also included: 2x 6.35mm and one 3.5mm, with simultaneous operation.

The casework has been significantly redesigned to include front-panel buttons (Menu, Set and Power) to cycle between and select filtering and crossfeed modes, plus switch inputs and control power. The new design also includes a larger, top-mounted viewing window for the internal circuits, a larger volume control sphere, plus an improved LED display. The device retains its remote control functionality, sharing a handset with Hugo 2. Further outputs include balanced XLR and unbalanced RCA analogue connections, plus dual BNC DX outputs for use with future Chord Electronics’ devices.

The new Hugo TT 2 now offers user-selectable audio controls, accessible both on the front panel and remote control, including an advanced four-stage filter offering incisive/neutral to warm sonic signatures with high-frequency roll-off, giving additional flexibility for a wide range of digital music files, such as DSD and High Res Audio.

For headphone listening, the Hugo TT 2 retains the popular digital crossfeed function of the original and offers three operation modes (min to max) from its dedicated control sphere. The system cross-feeds a partial 250 micro-second-delayed and equalized signal from each left and right output to the opposite channel. This system duplicates the effect of listening to speakers and also improves the perception of depth when listening via headphones.

Finally, the Hugo TT 2 can be used in pure DAC mode, enabled for high-power (incl. low- and high-gain modes) when headphones are connected or used in amp mode for use as a digital preamp or when directly driving efficient loudspeakers.

Despite its technical complexity and powerful output, the unit’s topology remains simple with just two resistors, two capacitors and one global feedback path, so the connection from the digital domain to analogue is very direct for maximum transparency.

The Hugo TT 2 will available later in 2018 and reference price published so far is 3,996 British pounds, which shouldn't convert in a big difference from the USD $4,795.00 price of the original Hugo TT.
www.chordelectronics.co.uk
related items