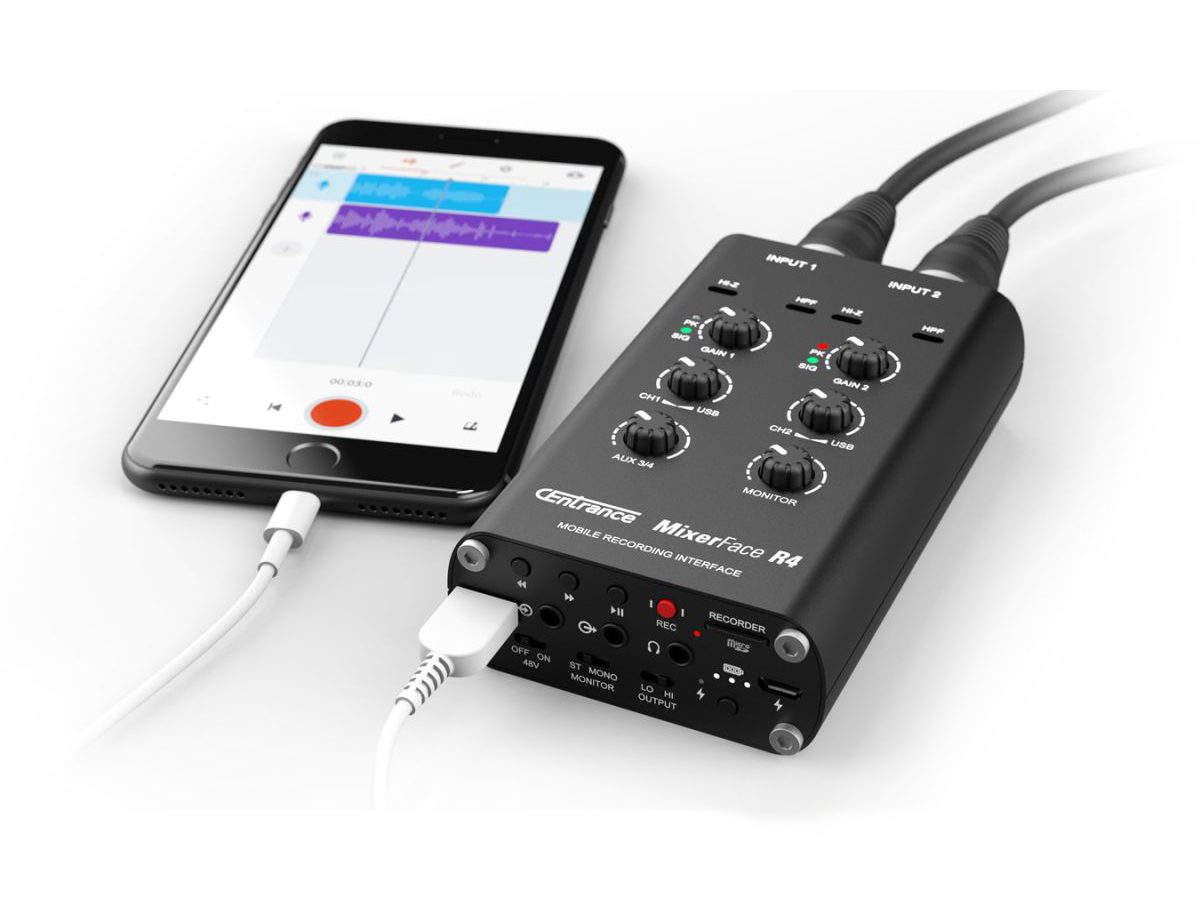 With its built-in, rechargeable battery, the MixerFace R4 is designed for songwriters to instantly capture a performance or a musical idea anywhere - at home, on the tour bus, in a hotel room or live on stage; yet it also functions perfectly for field recording, concert taping or audio-for-video capture. MixerFace R4 can easily mount to a tripod, making it a valuable audio component of a DSLR video recording rig.

Two models are available, both can be paired with a smartphone or tablet for on-the-go recording, the second model adds a built-in, stereo 16/48k recorder - making the recording process as simple as pushing the record button. With 2 professional microphone inputs and 48V phantom power, users can choose any mic for recording, while CEntrance also offers a matched X/Y stereo mic pair that turns MixerFace R4 into a complete all-in-one mobile recording solution.