The new MMX 300 Second Generation gaming headset keeps the essential features of the original, with a large dynamic transducer on a closed circumaural design, complemented with a condenser (back electret) cardioid microphone with a 150mm adjustable mic boom. As the company reveals, “beyerdynamic’s best headset has just got a little better again - whether for gaming, Skyping, or relaxing and listening to music. That is the undoubted claim of its reference status.”

The connection cable on the new beyerdynamic MMX 300 is made from the same robust polyurethane as its predecessor, but is now detachable. The cable thus not only withstands pressure exerted by office chairs rolling over it, it also survives someone standing on it in the heat of battle: rather than tear the headset from the wearer’s head, the connector coupling releases effortlessly from the housing.

According to the German brand, the 1.2 meter long basic cable is ideal for connection to the controller of a gaming console such as the PS4 or Xbox One. It also performs very well on laptops, smartphones or tablets. The remote control in the cable controls important functions such as volume and mutes the microphone when privacy is required. Because gaming PCs are often positioned beneath the desk, a special extension cable is included. This cable doubles the range of movement to 2.4 meters and adapts the four-pin connector to the separate microphone and headphone jacks of the sound card.

“The new matte black housing color can be regarded as a visual understatement. That’s because the MMX 300 is still a fully featured HiFi headphone with a cockpit-proven microphone. It takes its construction from pilot headsets, which beyerdynamic developed for the private aviation sector. The closed design attenuates ambient noise by a sensational 18 decibels - of immeasurable value at turbulent LAN parties,” the announcement states.

“Added to this is a tonal precision that gives players a critical strategic advantage. Whether creeping steps or rustling in the bushes as the enemy approaches from the rear, the MMX 300 Second Generation brings out the finest details that cannot be heard with other headsets,” they add. 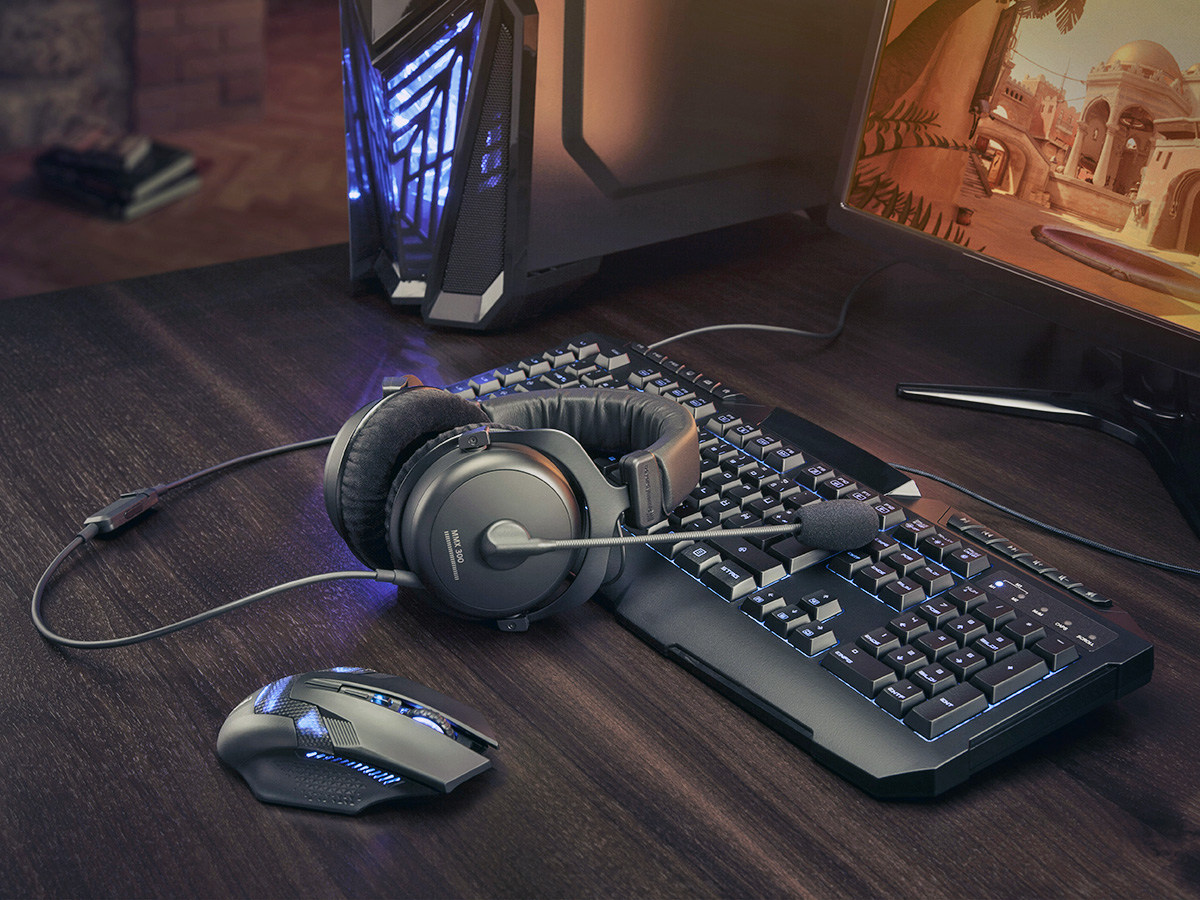 The headset also works outstandingly in the opposite direction. “The cardioid true condenser microphone transmits speech so clearly that it seems like online gaming team members are in the same room. Every command hits home and no word is missed, because the noise cancellation reliably suppresses distracting ambient noise. This is also noticeable when streaming games on Twitch TV and other online portals - where viewers need to understand the commentary of the gamer as effectively as possible,” beyerdynamic claims.

The indestructible construction of the MMX 300 Second Generation is made possible with sprung steel headbands and solid aluminium yokes. Like all premium headphones from beyerdynamic, it is handcrafted at the company’s headquarters in Heilbronn, Germany.

The “Made in Germany” principle offers the advantage that the MMX 300 is also available for customization. The unique beyerdynamic Manufaktur allows individualists to custom-design their headsets and adapt them to suit their personal preferences. Personalized name engraving is just as much part of the package as the different ear pad covers and housing surfaces - ranging from a black high-gloss look for secret agents, to a bulletproof carbon look.

Visitors to the Consumer Electronics Show (CES) can see for themselves from January 5-8 2017 at the beyerdynamic booth (South Hall, booth #20639) in Las Vegas. The MMX 300 Second Generation will be available in February 2017.
www.beyerdynamic.com
related items