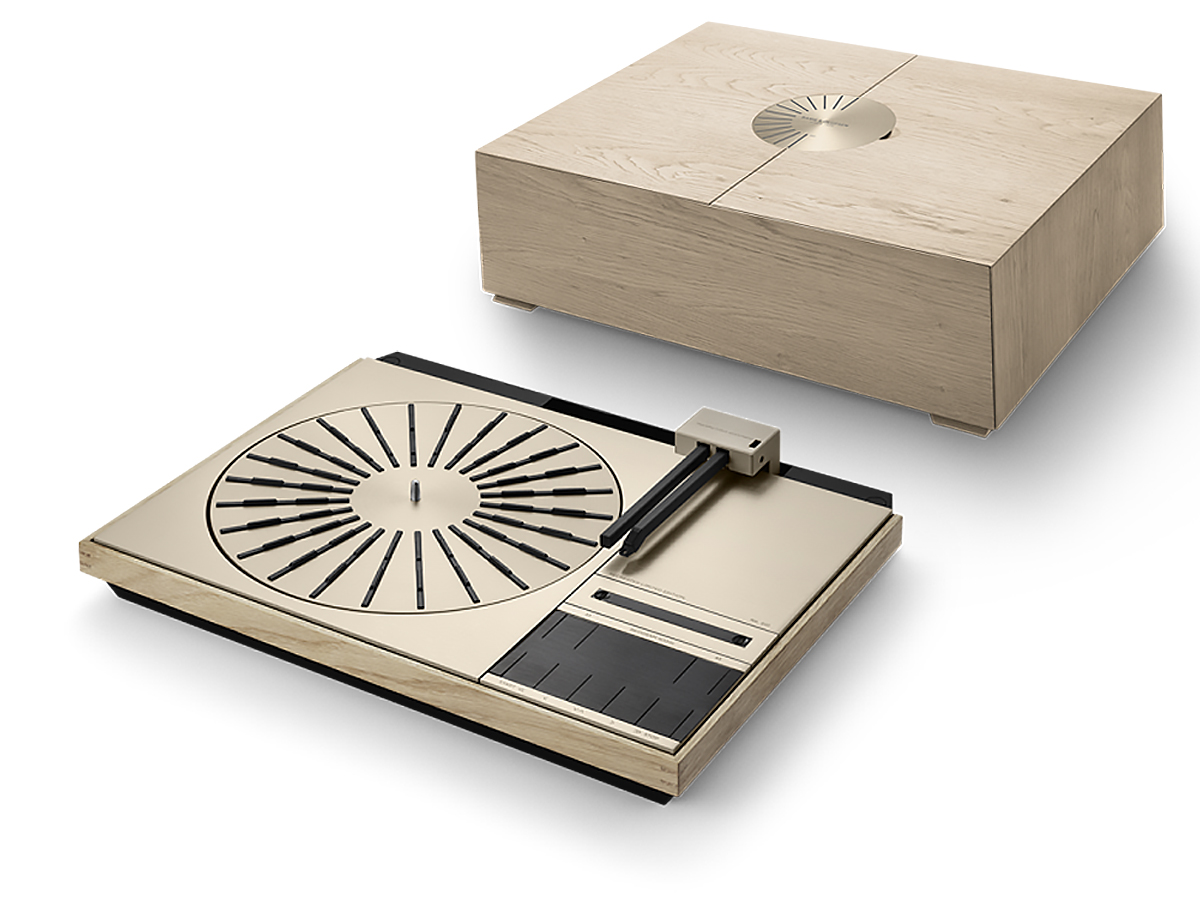 This turntable, originally introduced in the early 1970s, is the first product to be released in the company’s new Classics initiative: restoring and reimagining classic products to demonstrate the timelessness of Bang & Olufsen’s capabilities within sound, design, and craftsmanship and to uncover design principles that can extend the lifespan of future products.

"The Classics initiative was born out of Bang & Olufsen’s commitment to longevity, which ensures relevance for our customers many years after buying our products", says Mads Kogsgaard Hansen who leads the initiative at Bang & Olufsen. "In a world of consumer electronics, most products are regarded as disposable commodities. At Bang & Olufsen, our products are built to stand the test of time. That is what differentiates us as a brand, what the Beogram 4000c so beautifully embodies and what we want to build on in the future."

Bang & Olufsen has identified 95 units of the Beogram 4000 series turntable and brought them back home to Struer, Denmark – to the same facility where they were first created nearly five decades ago. The turntables have been disassembled and thoroughly inspected by a team of skilled engineers. Every component is painstakingly cleaned, new parts are added where needed – from the smallest ball bearings all the way up to the drive belt – ensuring lasting performance. Once this process is complete, each Beogram is individually tested then fine-tuned to meet Bang & Olufsen’s exacting specifications. 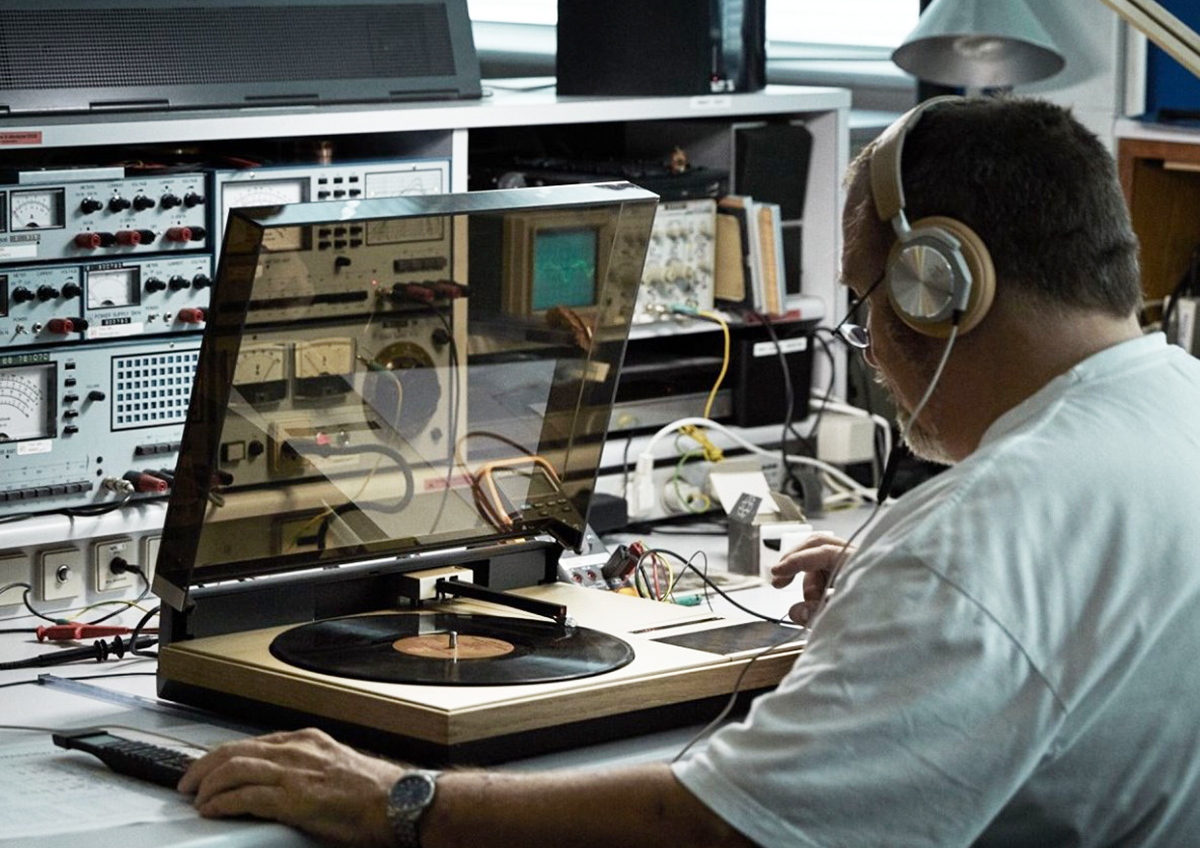 The Beogram 4000c Recreated Limited Edition builds on the look and feel of the original turntable. The aluminum has been polished and anodized in a warmer champagne tone, giving the surface a subtle glow. It is surrounded by a new hand-crafted solid oak frame, further enhancing the visual warmth of the product. A new dust lid protects the product when it is not in use and accentuates Beogram 4000c as an elegant object in the home. 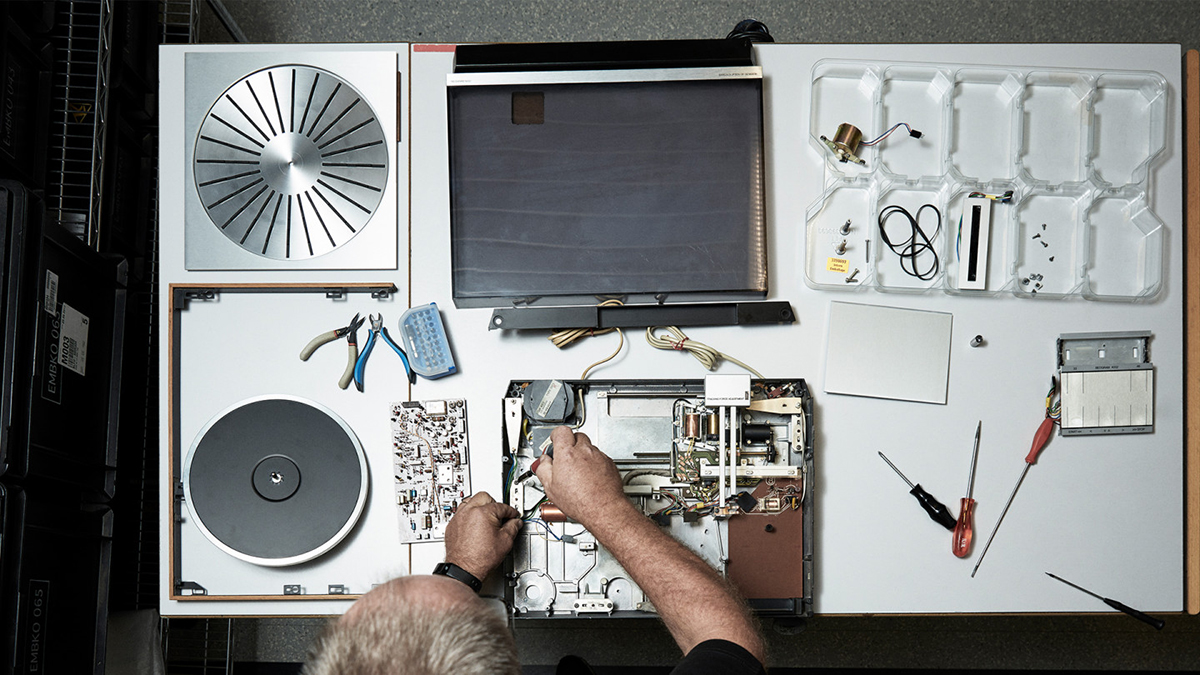 "We wanted to create new design elements to enhance the original beauty of the Beogram 4000 Series," says Mads Kogsgaard Hansen. "From the champagne-colored aluminum tone to the hand-crafted wooden frame to the updated finish on the touch-sensitive control panel, we have given the product a modern facelift while maintaining the integrity of the original."

When Beogram 4000 was first created in the early 1970s, the original design team sought to make an obsolescence-proof product by leaving space in the internal architecture for additional technology upgrades. In the restoration process, Bang & Olufsen’s engineers have taken advantage of this foresight and added an RIAA phono preamplifier, allowing the turntable to be connected to modern speakers using a phono or 3.5mm line-level connection. This provides customers with seamless integration between Beogram 4000c and Bang & Olufsen’s entire range of home speakers — either directly or through a Beosound Core — allowing them to immerse themselves in the unique and warm analogue sound of vinyl.

The Beogram 4000 was the first in a series of Bang & Olufsen turntables to feature an automated tangential tonearm, and it is a case study in the marriage of form and function. On most record players, the tonearm pivots inward, causing the stylus to apply unwanted pressure on the record, which can result in sound distortion. On the Beogram 4000, the entire tonearm assembly moves uniformly toward the center of the record, keeping the stylus in a consistent position relative to the groove in the vinyl. This system of tangential tracking allows the record to be played back in the same manner that the master disc was cut, providing a more faithful acoustic experience. Building on the pattern of future-proof design, Bang & Olufsen has added a new high-performance stylus to the tonearm, which is based on the product’s original specifications, further enhancing the listening experience.

The Beogram 4000c Recreated Limited Edition will sell for 10,000 EUR  (approx. 11,800 USD) celebrating Bang & Olufsen’s 95th year and will be available in only 95 numbered units. The turntables will be showcased at selected Bang & Olufsen stores worldwide from October 12 and will be available for purchase from October 19, 2020. Interested buyers should visit www.bang-olufsen.com for details on availability. Each turntable is fully restored, uniquely numbered and comes with a five-year warranty. To complete the experience, each turntable comes in a crafted solid oak box with aluminum details.
www.bang-olufsen.com/en/speakers/beogram-4000c
related items