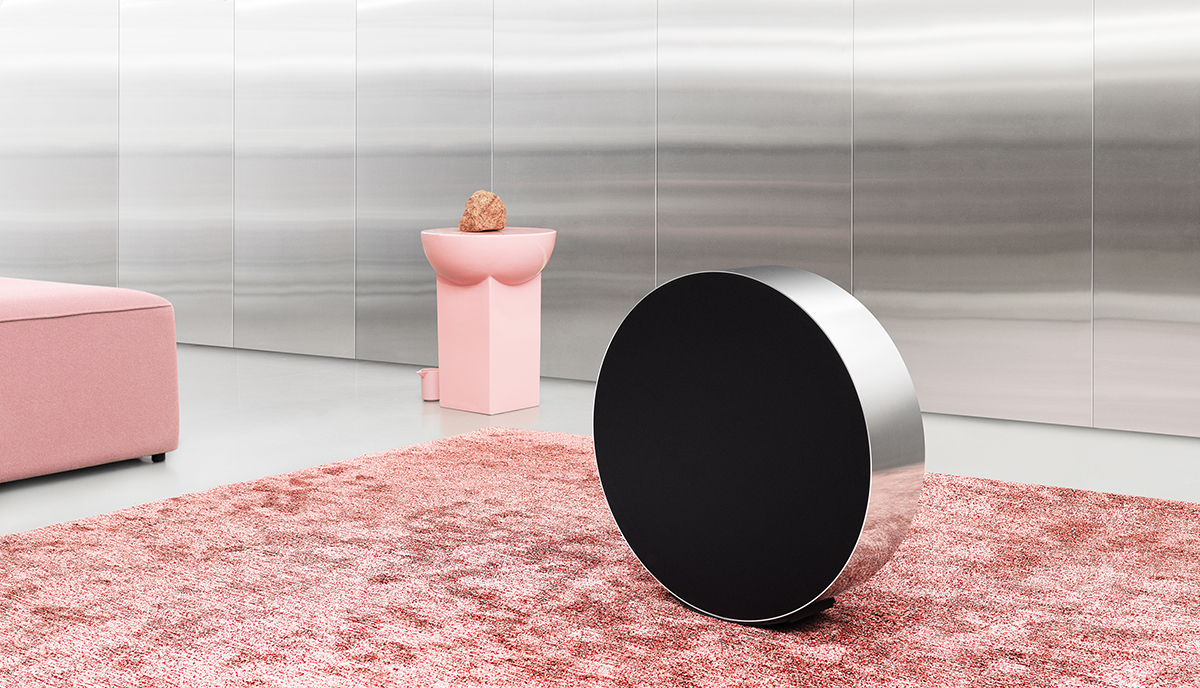 Created in collaboration with globally acclaimed designer Michael Anastassiades, the Beosound Edge was introduced as an effort to add aesthetic value to the home, and "completely reimagine how we live with sound," according to Bang & Olufsen. Proximity sensors detect when we get close to the speaker, discreetly illuminating the aluminum touch interface. To adjust the sound, the user only needs to gently roll Beosound Edge forwards and backwards to increase and decrease the volume. Softly to change the volume moderately, while a stronger touch will change it more dramatically. Let go, and it gently rolls back to its original position. Kick it hard, and it will probably start playing white noise loud, until we learn not to do that (joking).

“With Beosound Edge, we are bringing forward a timeless design masterpiece that inspires the imagination with an interaction and experience never before seen in home audio. From a distance it is monolithic and discreet, hiding everything that suggests technology, yet it is unforgettable in sound performance punching above and beyond what you would expect for the size of the speaker”, says Bang & Olufsen Concept Manager Kresten Bjørn Krab-Bjerre.

Apart from the strange aesthetics, the monolith is of course full of interesting technology. Drawing on acoustical technologies from Bang & Olufsen’s advanced BeoLab portfolio, the Beosound Edge will deliver a powerful sound with impressive bass capabilities since the Bang & Olufsen acoustic engineers have put in a huge 10” woofer bass driver on one side, which has the unique characteristic of achieving a long excursion in a  slim design, while both sides of the speaker enjoy a dedicated 4” midrange and a ¾” tweeter. 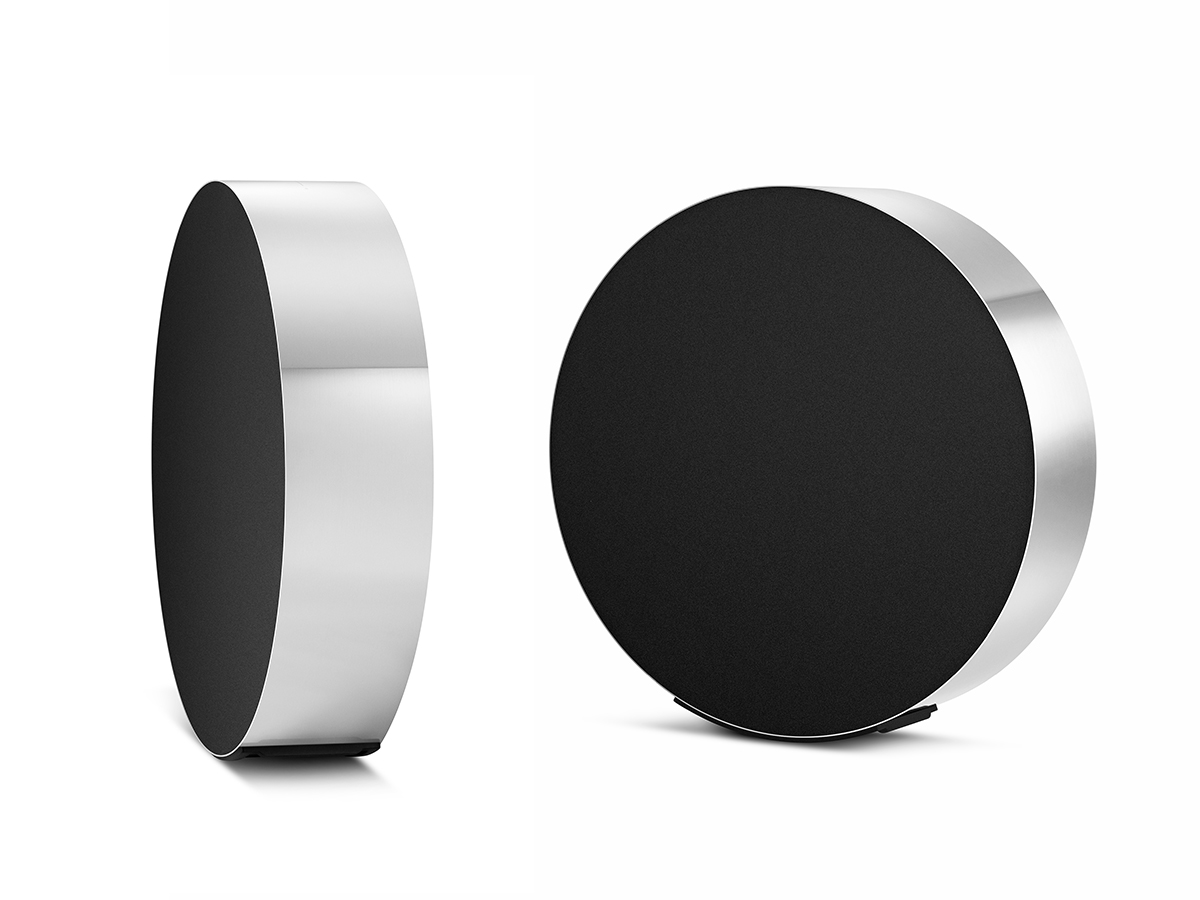 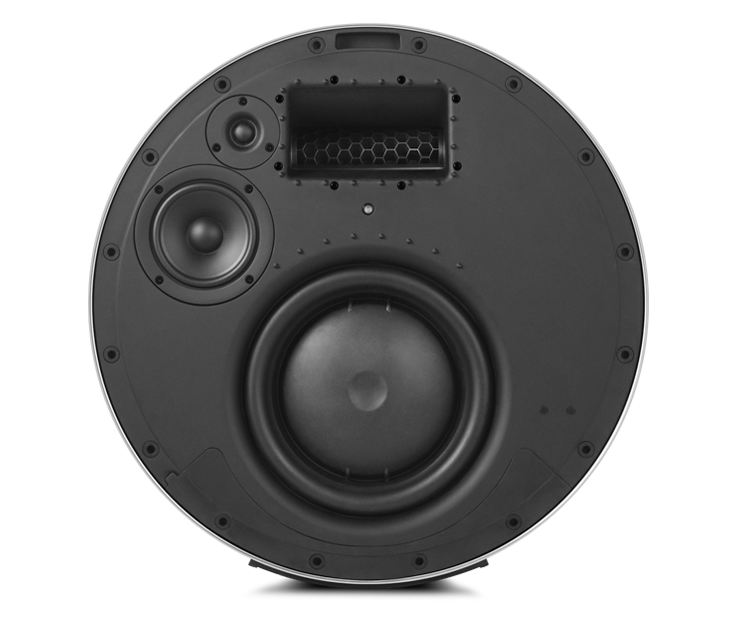 To deliver a powerful sound experience at high volume, the Beosound Edge also debuts a patent-pending Active Bass Port design. The Active Bass Port unites two classical concepts of loudspeaker design, the so-called “closed-box” design and the “ported design”, opening or closing according to the sound signal. The acoustic analogy resembles that of a car’s spoiler that automatically raises as the car speeds up. When playing at lower volumes, it is using the closed cabinet principle for the most accurate sound reproduction, and as we turn up the volume the Active Bass Port opens to output more energized bass.

"Since the 1950’s, Bang & Olufsen has been pioneering the use of aluminum making it almost synonymous with the brand. Remarkable craftmanship and attention to detail are required to achieve the perfect circular frame and to polish the exterior to a flawless finish. To add an element of magic, Bang & Olufsen has built the physical touch interface into the aluminum frame by lasering microscopic holes invisible to the eye just allowing light to shine through," the brand also explains, again insisting - justifiably - on the aesthetics.

To contrast the polished aluminum body, the Beosound Edge comes with a matt black fabric cover, easily exchangeable as Bang & Olufsen will introduce new fabric colors over time. The black fabric surface minimizes the transition between the two surfaces and uses matte fabric to contrast the reflective shine from the aluminum ring. 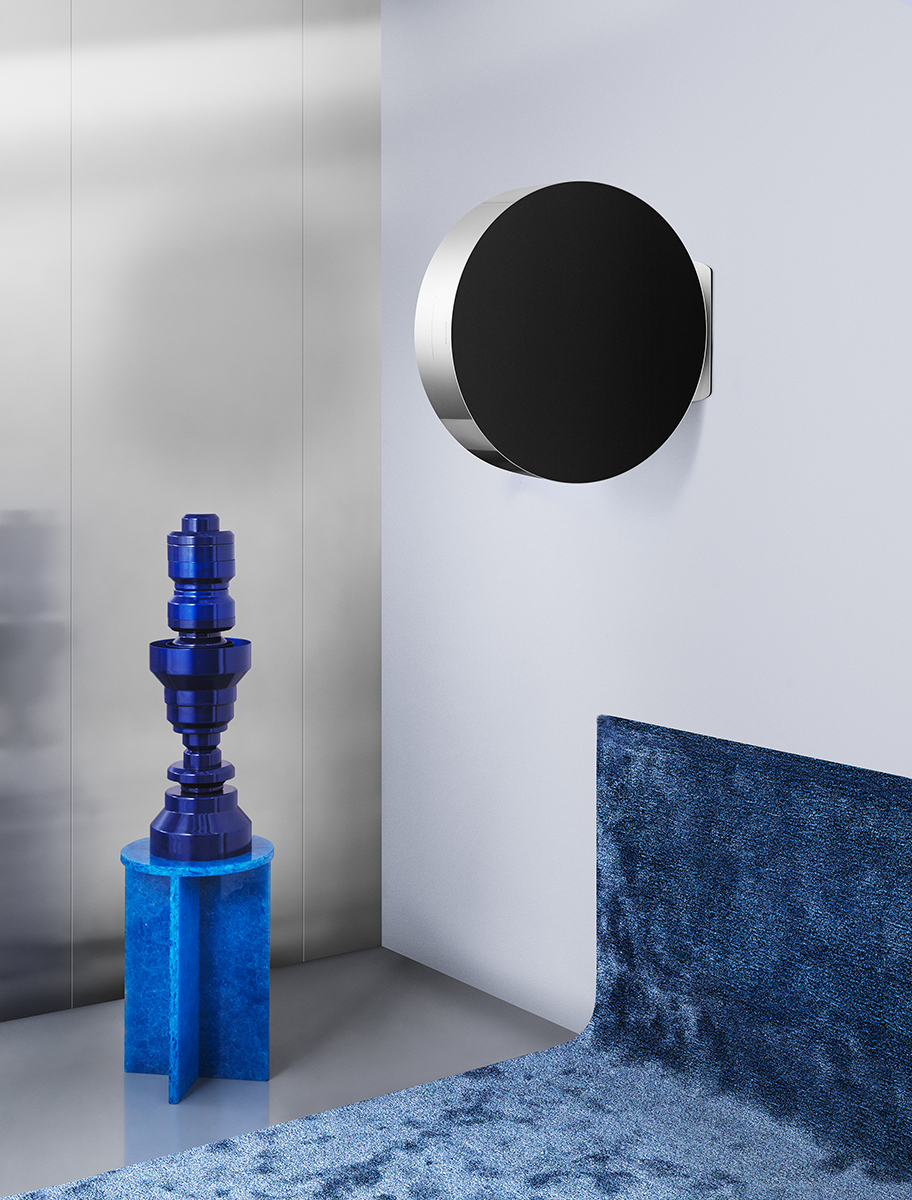 “It looks quite surreal as an object, because of the sudden depth change. A gap between the two materials would have allowed a tolerance to exist. Here, there is no tolerance, and the in-between space does not exist anymore which is amazing”, says designer Michael Anastassiades and elaborates on the speaker design: “We constantly pushed ourselves to distill the idea of removing layers upon layers until what remained was a visibly pure and simple object. Because what happens when you experience highly visual complex products is an initial impact, but once the novelty of that impact dies there is nothing left. With visually simple products, there is nothing there to give you that first attraction. No visual disturbance. But when you see it the second time around you suddenly pay attention and by the third encounter you become even more intrigued”, adds Michael Anastassiades.

Back to the sound behavior, the Beosound Edge generates 360-degree "room filling sound" from both sides of the speaker - as it seems to be now the market trend, where even people with lots of money only buy one speaker and never actually stop quiet to listen to the music. Because of that, the design adds a new Directional Sound Control to allow the user to define the direction that the sound radiates creating two acoustic fronts. This ensures that a room can be divided into an active listening area and a more passive listening area. Controlling the directional sound is controlled through the Bang & Olufsen app.

And if you are wondering why the word "smart" wasn't mentioned so far, the Beosound Edge comes with all major industry standard technologies already built-in so "smart" is a given (you already paid for it...), as one would expect from Bang & Olufsen. Of course it does provide support for all streaming services, and it comes already with AirPlay 2, Chromecast and Bluetooth (it must be 5 but they don't say it...) and it supports voice interaction when paired with either a Google Assistant-enabled speaker, such as Beosound 1 and Beosound 2, or an Amazon Echo device.

Finally, the most surprising, comparing to previous five figure products that Bang & Olufsen is known for, the Beosound Edge will actually retail for 3,250 Euros and it will be available online and in Bang & Olufsen stores from mid-November 2018. This means, we (almost) can afford two if we want to enjoy stereo or buy a complete set of wheels for the surround effect, literally moving you (joking again). No, it shouldn't be used as a soundbar, because it makes your TV look ugly.
www.bang-olufsen.com
related items