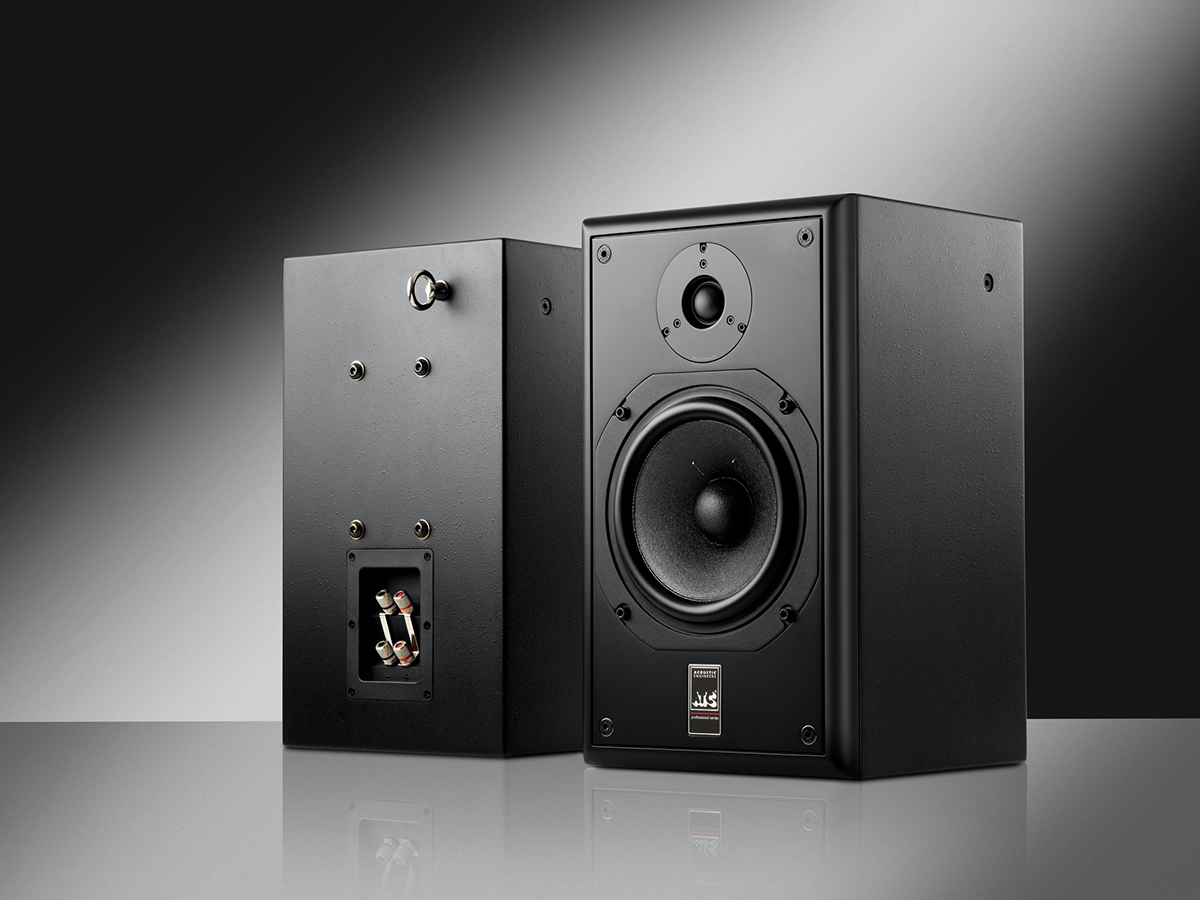 To facilitate simple installation in whatever audio environment it may find itself — immersive or otherwise, the cabinet features mounting points compatible with popular wall/ceiling brackets, such as those offered by the likes of Californian company Adaptive Technologies Group and German giant König & Meyer (K&M).

Distinguishing Deutschland-compatible, installation-friendly features apart, the SCM12i Pro is designed around the same philosophy as ATC’s two- and three-way active monitor loudspeakers and also employs driver components and technology found in those larger models, resulting in exceptional consistency across the product range. Indeed, it is worth noting that the monitor makes use of the company’s celebrated drive units for both the mid/bass and tweeter, both being meticulously hand built at its UK facility.

The tweeter itself is a 25mm/one-inch soft-dome designed around ATC’s unique dual-suspension technology. Unlike conventional tweeters, this precision part employs two suspensions, offering far greater control of the voice coil and dome motion — especially at higher sound pressure levels. The result is an extended high-frequency response with much greater clarity and definition due to the reduction in disturbing anharmonic distortion. Listener fatigue is also greatly reduced, resulting in users being able to work for longer periods with greater accuracy.

At the lower end of the frequency spectrum, mid/bass reproduction is handled by ATC’s 150mm/six-inch proprietary CLD drive unit. Using a 45mm/1.75-inch diameter voice coil, and employing an FEA (Finite Element Analysis) optimized high-energy symmetric gap motor system, the driver is capable of tremendous dynamic range with minimal power compression. Cone construction is courtesy of another proprietary ATC technology that represents another advance in driver performance — namely, Constrained Layer Damping (CLD), a process that uses multiple laminated fabric cones to form a stiff, light, and tremendously well-damped structure. Speaking acoustically, this construction creates a smoother on- and off-axis frequency response and also a reduction in distortion leading to a more lifelike reproduction of source material. Meaningfully, judgements and decisions can be made more quickly, more accurately, and for longer periods of time by busy working audio professionals.

Put it another way: by employing exceptional drive units, the passive crossover can, by design, use the minimum number of components in a simple, second-order implementation. Indeed, the capacitors are all 250Vdc metallised polypropylene and all the inductors are air-cored types for minimal signal distortion. Additionally, all of the inductors are very high-purity copper while large-gauge wire is used for the bass components to minimize signal losses.

"Let it be known that simple, well-engineered products almost always trump feature-rich, cost-engineered alternatives, and ATC’s SCM12i Pro has been duly designed with that philosophy very much intact. Its neutral fidelity makes for a very versatile proposition, one which — when backed up with the company’s industry-leading six-year warranty — makes for a high-value, longterm investment for anyone looking to make a move into immersive audio or upgrade their existing monitoring system," the company adds.

The SCM12i Pro retails in the UK for £1,604.00 GBP (plus VAT) per pair.
For availability, and pricing in the United States, please contact Brad Lunde at Transaudio Group here.
For availability and pricing internationally, please visit the ATC website to find a distributor for your region here.
www.atcloudspeakers.co.uk/professional
related items