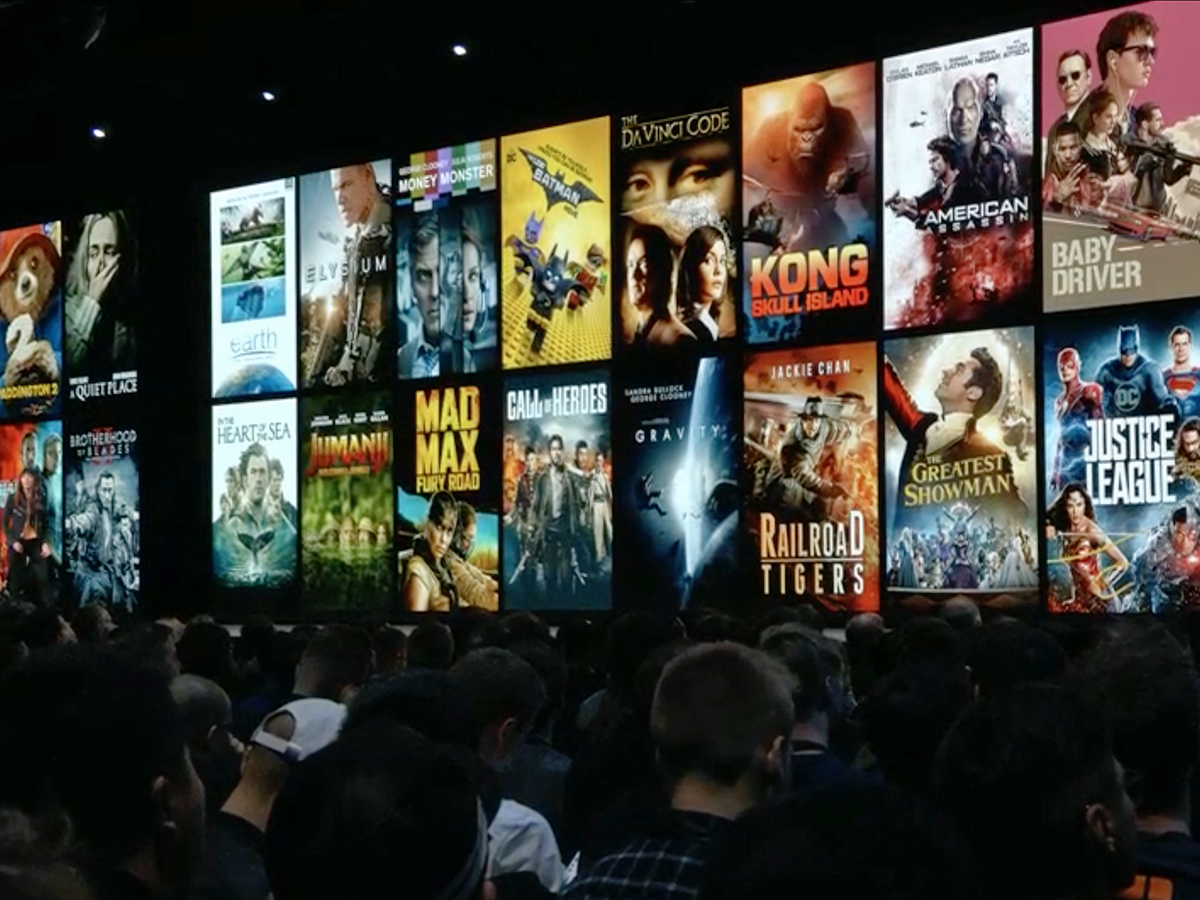 Apple TV 4K has been a hit since its debut in 2017, taking the platform to completely new levels and expanding its global adoption. Also, the corresponding content offering has been expanded, now including the largest collection of 4K HDR movies (Apple TV supports both HDR 10 and Dolby Vision standards), including free 4K HDR upgrades to previously purchased movies in customers’ iTunes libraries. According to Apple, in fall 2018, iTunes will be also home to the largest collection of Dolby Atmos-supported movies, and previously purchased titles will also include Dolby Atmos audio for free. To highlight the immersive sound capabilities that flows sound all around the viewer in three-dimensional space, during the WWDC 2018 presentation Apple displayed an example of a living room setup equipped with an Atmos-enabled soundbar. 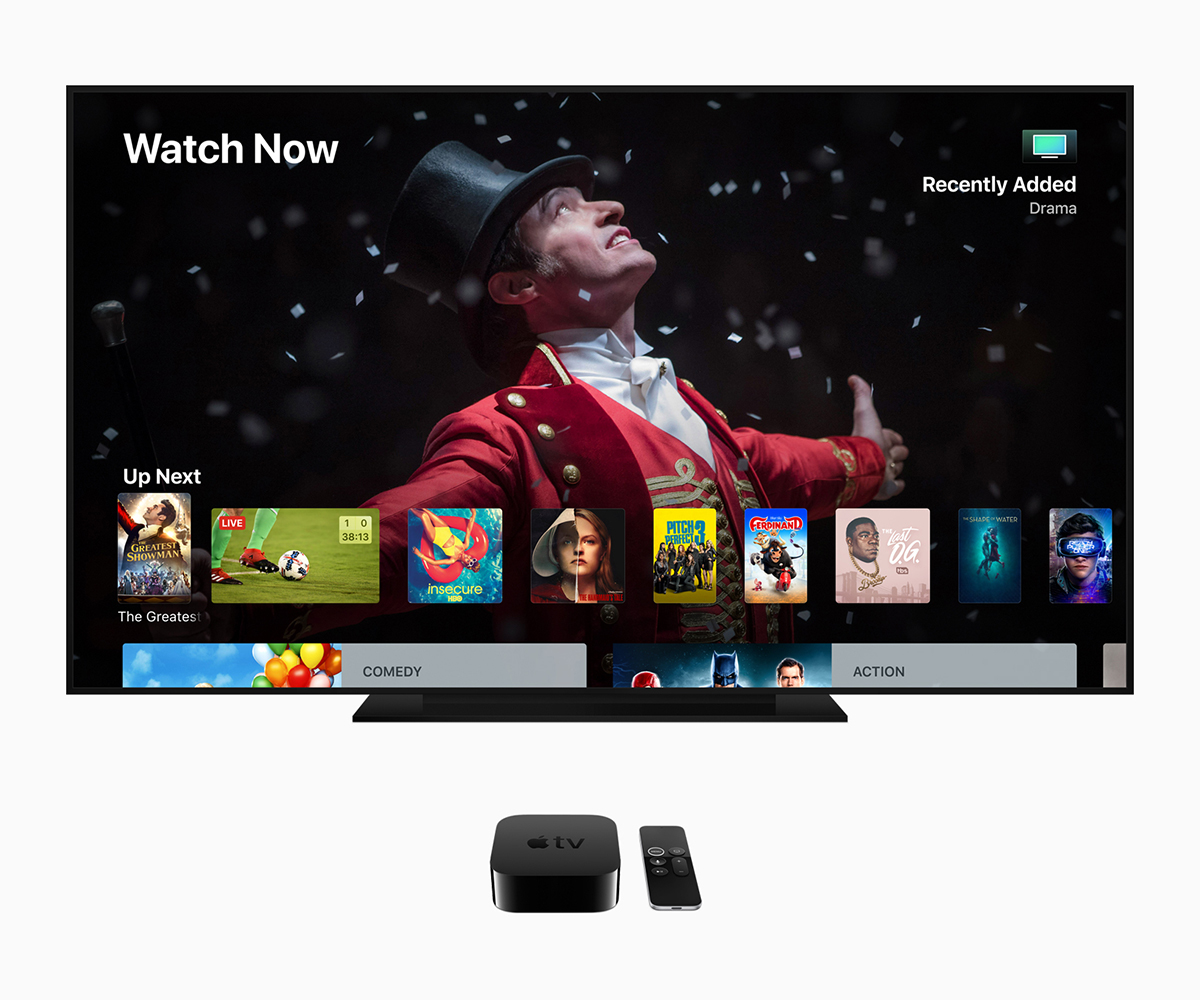 Apple also confirmed that TV service operators around the world are choosing Apple TV 4K to deliver their subscription services, including France's powerful Canal+ platform, which will be offering Apple TV 4K as a cable box replacement. Apple also announced that starting later in 2018, Charter Communications, the second-largest cable operator in the US, will begin offering Apple TV 4K to their customers in nearly 50 million households. As part of this collaboration, Charter will be offering iPhone and iPad to customers as they grow their mobile presence. For users accessing their cable/IPTV subscriptions using an Apple TV, there will be also a "zero sign-on" option, which detects automatically the network and sign users into channel apps. With tvOS 12,Apple TV simply detects the user’s broadband network and automatically signs them in to all the supported apps they receive through their subscription — no typing required.

Also coming are new remote control options for Apple TV 4K users, now allowing control systems from Crestron, Savant, and Control4 to link their own remotes including support for Siri voice assistant. Apple also confirmed that it will enable cross-device AutoFill, bringing over passwords from iPhone and iPad apps, and add the Apple TV Remote app to Control Center automatically. 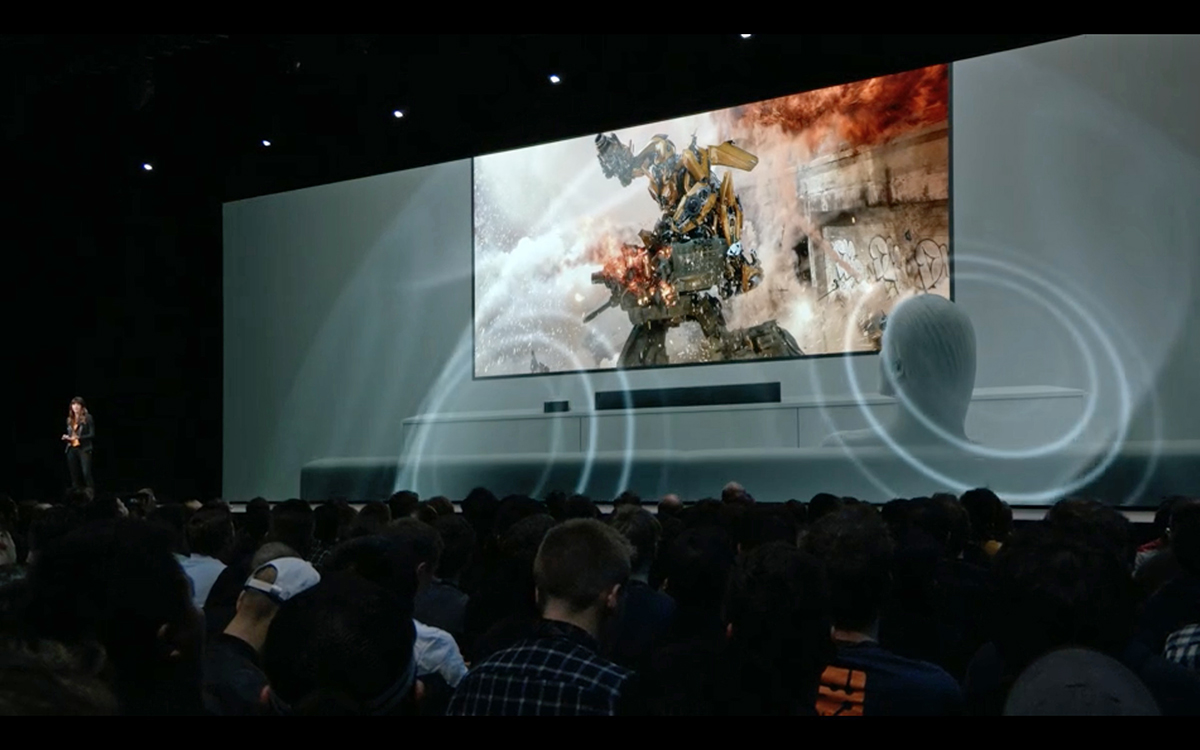 The tvOS developer preview is now available for Apple Developer Program members at developer.apple.com. The new tvOS will be available in fall 2018 as a free software update for Apple TV 4K and Apple TV 4th generation.

More Interesting Updates
Of interest to audioXpress readers, at WWDC 2018 Apple also previewed its macOS Mojave desktop operating system, with new interface features and the ability to support iOS apps, including News, Stocks, Voice Memos and Home (Apple's HomeKit control center app), now running on the Mac for the first time. The Mac App Store gets a full redesign featuring rich editorial content and the addition of apps from top developers, including Microsoft, Adobe and others.

Also new is an update to FaceTime, adding support for group calling. Included in both macOS Mojave and iOS 12, the latest version of Apple's mobile operating system, the updates to Messages and FaceTime communication tools now allow users to initiate Group FaceTime at any time. This makes it easy for users to chat with multiple people at the same time, and participants can be added at any time, join later if the conversation is still active and choose to join using video or audio from an iPhone, iPad or Mac — or even participate using FaceTime audio from Apple Watch. Users can also use the new Animoji and personalized Memoji characters during a Facetime call. 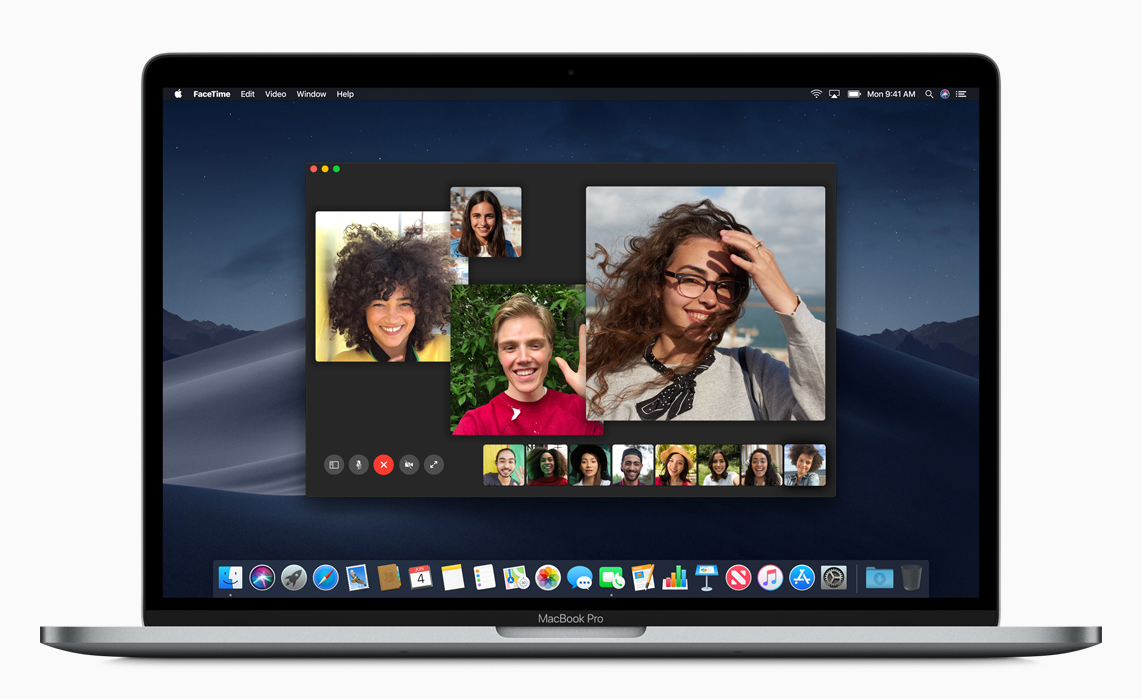 The iOS 12 update was designed to make everyday tasks on iPhone and iPad faster and more responsive with performance improvements across the system, reinforcing the devices' communications features, and introduces Siri Shortcuts, enabling Siri to work with any app, and delivering a much faster way to get things done. Siri translation expands to more than 40 languages and gained more knowledge on topics such as sports, celebrities, food and nutrition. Siri can also surface favorite photos by person, place, event, time and topic, using the devices own Machine Learning abilities. 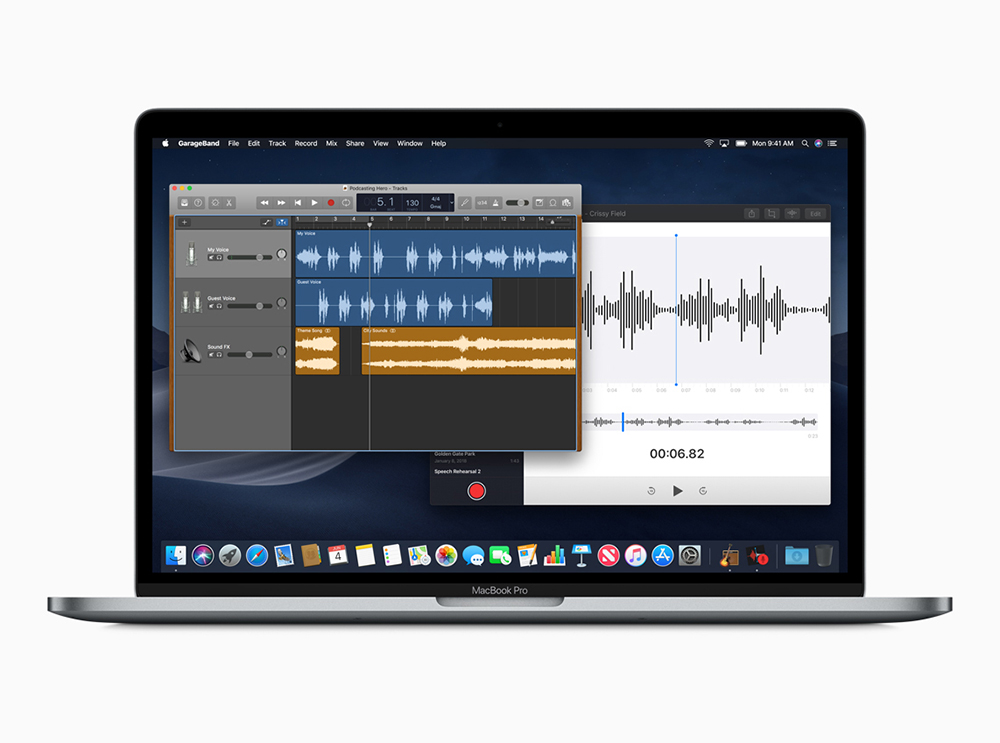 Voice Memos is now available on iPad and adds iCloud support to sync recordings and edits across devices. A new design makes it easier to capture, share and edit recordings. The redesigned Voice Memos app is available now also for the Mac, allowing users to drag and drop recordings directly into GarageBand and other audio editing software. 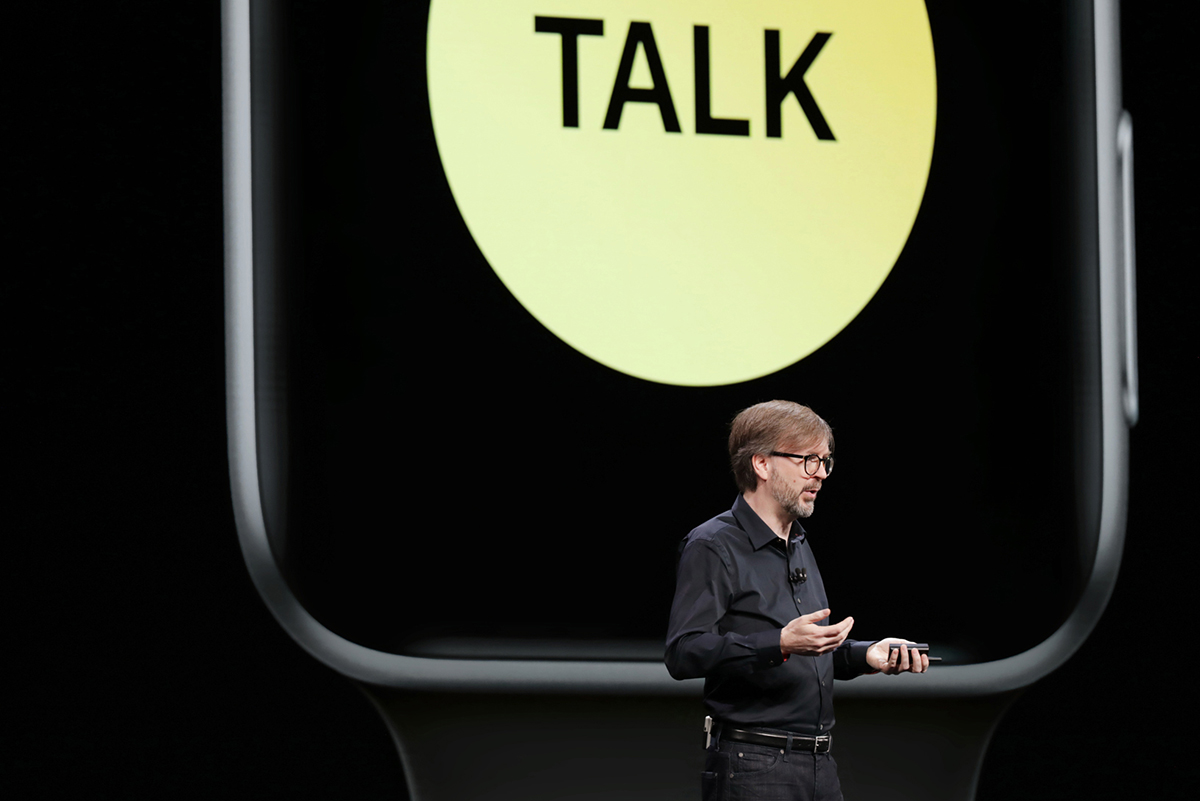 Finally, Apple announced an update to watchOS 5, adding powerful activity and communications features to Apple Watch, including a new Walkie-Talkie communication feature, support for Apple Podcasts and third-party apps on the Siri watch face. In general, Apple Watch becomes an even stronger personal wearable for fitness, communication and quick access to information.

Users can now also listen to their favorite podcasts on the go with Apple Podcasts on Apple Watch and stream any podcast in the catalog by using Siri. Episodes will automatically sync to Apple Watch, and as they’re listened to on other devices, the app will automatically refresh with the latest episode. A new feature for developers allows music, audiobooks and meditation sessions from apps such as Pandora, Audible and 10% Happier to be synced to Apple Watch for playback offline without the user’s iPhone nearby. 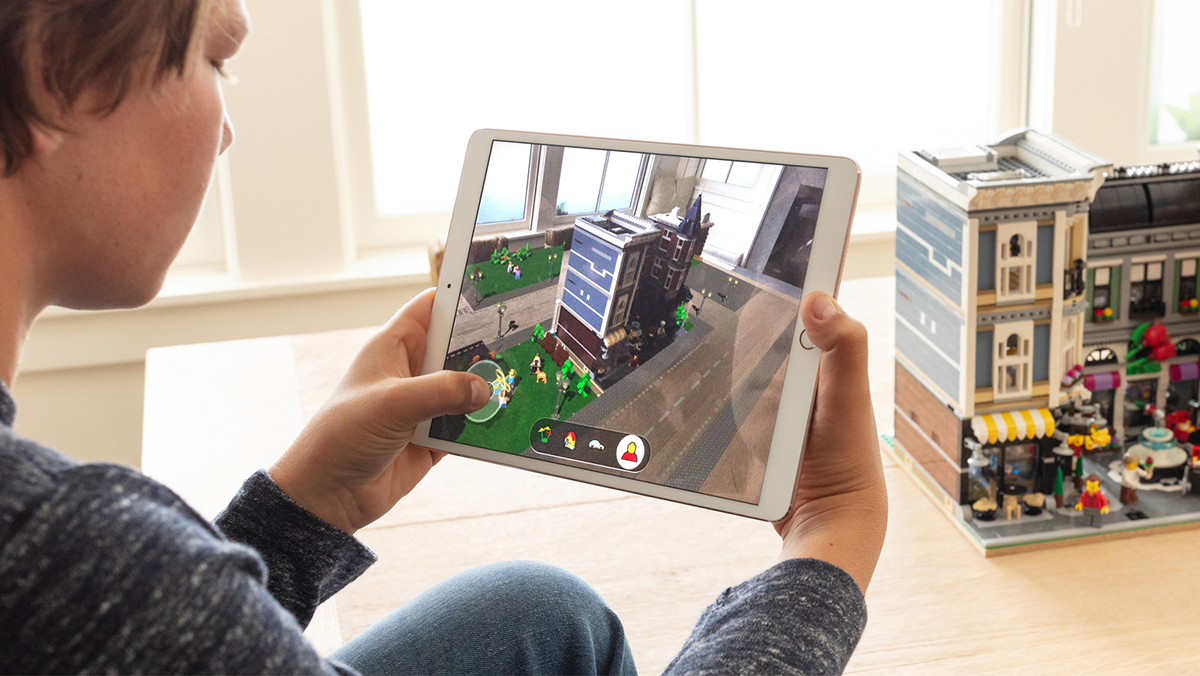