Although absent for PLASA London’s move to ExCel in 2013, Yamaha returns to the show this year to help fly the flag for the professional sound industry. Yamaha will be highlighting its new RMio64-D Dante/MADI converter for broadcast and live sound applications, as well as the new Version 3 software for CL and QL digital mixing consoles. Both launched at IBC Amsterdam on 12th September, PLASA London will be their first showing at a UK trade event.
The new Yamaha RMio64-D Dante/MADI converter allows audio from a CL/QL (or other Dante-equipped) mixing system to be converted to MADI and fed to an OB vehicle or other recording facility. Alternatively, it can allow a MADI-based console to be easily integrated into Yamaha’s Nuage system for audio post-production.
Bringing a range of enhancements to CL and QL consoles, Version 3 software will be of particular interest to broadcasters as it adds a comprehensive range of broadcast-friendly features to all models. These include, for the first time, onboard Dan Dugan automixing for the CL series.

PLASA 2014 - taking place at London's ExCel from 5th - 8th October - will also be one of the first UK trade shows where visitors are able to get ‘hands on’ with the highly successful QL1 and QL5 compact consoles - launched at this year’s ProLight+Sound and already adopted in significant numbers by many rental companies. Also on show will be a range of the company’s CIS installation products - including amplifiers, loudspeakers and matrix processors. 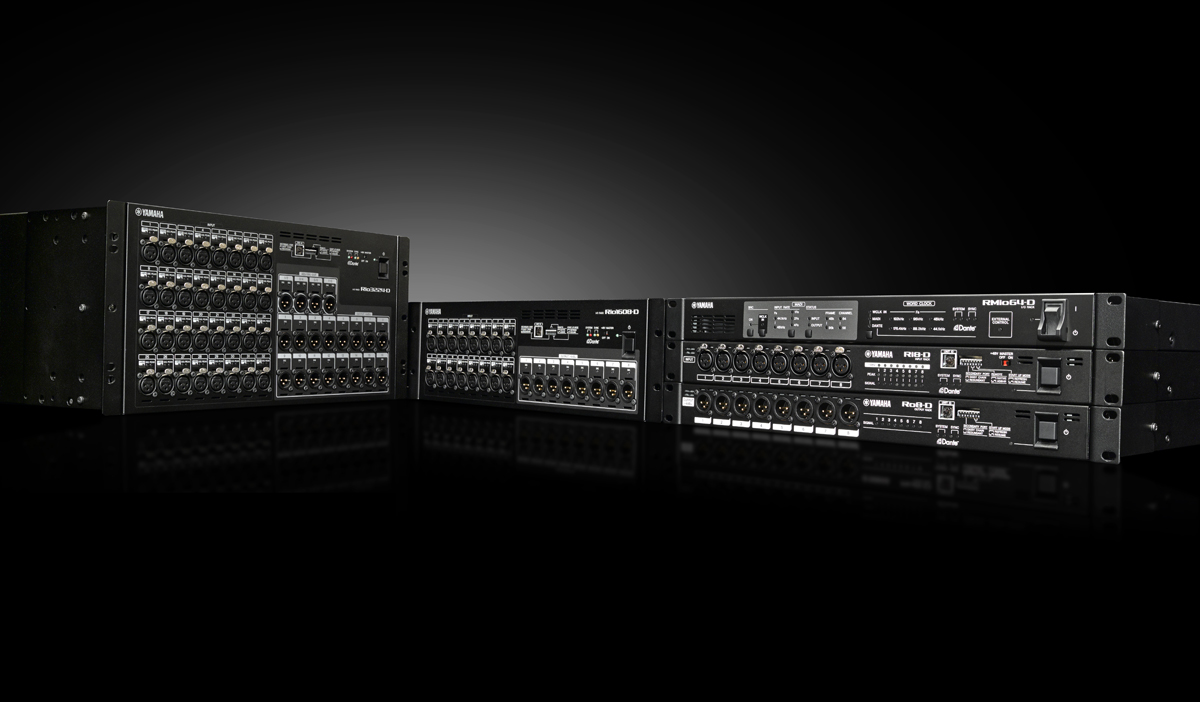 New Yamaha RMio64-D Dante/MADI converter
The ‘third chapter’ of Yamaha’s Dante R-series i/o units received its worldwide launch at the IBC 2014 show in Amsterdam, with the introduction of the RMio64-D rack unit for Dante/MADI conversion in broadcast and live sound applications.

Launched with the CL series digital mixing consoles in 2012, Yamaha’s Rio3224-D and Rio1608-D i/o units were followed in 2013 by the Ri8-D and Ro8-D, all delivering outstanding sonic performance and flexibility for Dante-based audio systems.
Scheduled to be available in late 2014, the new RMio64-D enhances this legacy further by allowing audio from a CL/QL live sound (or other Dante-equipped) system, to be converted to MADI and fed to an OB vehicle or other recording facility.

Word clock synchronization can be an issue when converting between different audio formats, but the inputs and outputs of the RMio64-D feature built-in sample rate conversion, meaning sources with differing word clocks can be connected without causing noise or dropouts. In addition to redundant Dante network connections, the RMio64-D supports MADI redundancy through simultaneous coaxial and optical connections. There’s also MADI Split (loopback) capability, where a signal received at either the coaxial or optical input can be also retransmitted to the other output.

Close integration with other Yamaha products adds even greater value to the RMio64-D. It can be mounted via the CL/QL console touchscreen displays, with convenient remote control of Dante patching and sample rate converter settings (support of which is planned for a future update). Precision synchronization with Nuage system Direct Monitoring and VST System Link functions is also provided, as well as remote control from the Nuage Workgroup Manager software.

“The RMio64-D allows smooth, simple connection between MADI, a standard multi-channel audio format and the Dante digital audio networking protocol, which is rapidly increasing in use worldwide,” says Nils-Peter Keller, Marketing Director at Yamaha Pro Music and Pro Audio. “Built-in sample rate conversion effectively overcomes word clock synchronisation issues that would otherwise limit the choices in system design, while extensive compatibility with CL/QL series consoles and Nuage systems significantly enhances the value of those products for use in a wide range of situations.” 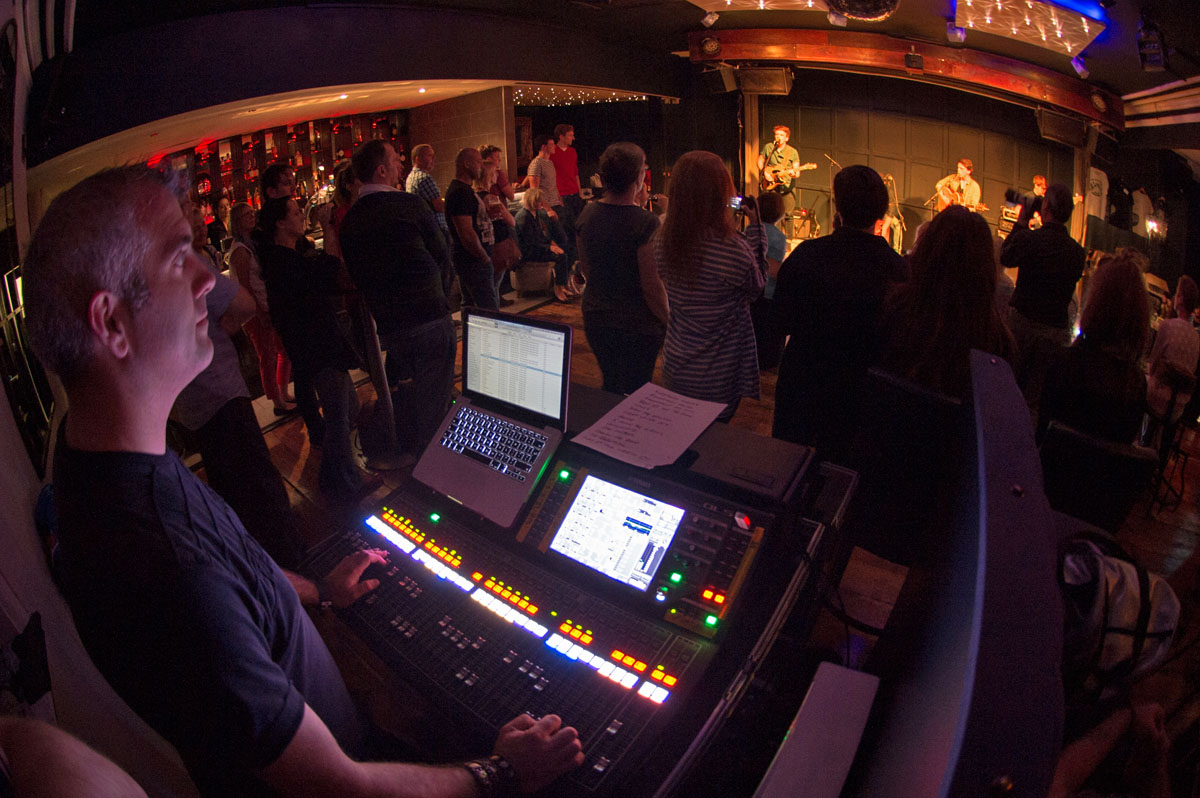 CL/QL V3.0 adds features and functionality that increase the appeal of all CL and QL series models for both broadcast and live sound applications. The most notable new features include:
•    5.1 Surround Panning - Pan positioning can be set via the touch panel or knobs. Mix to Matrix can be used for international sound production and Mix to Stereo can be used for stereo mixdown.
•    Surround Monitor - In addition to surround mixing, CL/QL V3.0 adds basic surround monitoring. Monitor alignment capability is also provided, with adjustment of relative speaker levels and delays.
•    Dugan Automatic Mixing in GEQ Rack - Dugan automatic mixing has been included on QL consoles since their launch last year, but V3.0 now brings the facility to all CL series mixers as well. Provided through close cooperation with Dan Dugan Sound Design, Inc, gain distribution for up to 16 speech microphone channels is automatically optimised in real time, achieving smooth, natural level control that would normally only be possible with trained operators.
•    Buss Comp 369 in Premium Rack - The K’s Lab team at the Yamaha Research & Development Division, under the direction of Toshifumi Kunimoto, has created an accurate VCM model of the acclaimed Buss Comp 369 buss compressor. Ideal for inserting on the stereo mix buss for increased loudness, more uniform levels and warm overall sound, it is an excellent choice for both live and broadcast applications.
•    Mix Minus - Mix Minus, important for relay broadcast applications, is now available to QL consoles, as well as CL series consoles from V2.0 upward. The signal from a specified channel can be easily omitted from a specified bus, making it easy to quickly create a mix for a location reporter which does not include their own microphone feed.
•    Frame Delay - The ability to delay audio at the mixer to achieve proper synchronization with video signals is a necessity. It is now possible to set that delay in frame increments for easy sync with a wide variety of video formats.
•    Eight Band Parametric EQ in GEQ Rack & Effect Rack - It is now possible to select eight band Parametric EQ in the GEQ RACK and EFFECT RACK.
•    Real Time Analyzer - A real time analyzer (RTA) is now provided to support room tuning and other operations. The frequency spectrum of cued channels can be shown in the new RTA display as well as in the PEQ or GEQ display.
•    Four User-Defined Key Banks - Four banks are now provided for enhanced User Defined Keys convenience. It also allows keys to be grouped by function for improved efficiency.
•    DCA Assign Selection for Scene Management - DCA assignment has been added to the parameters for Recall Safe, Focus Recall, and Global Paste. Rather than only being selectable with ALL parameters during scene memory management, DCA assignment is now an independent setting, allowing for more refined control.

CL and QL series console files are interchangeable, so it is easy to choose and combine models to ideally accommodate live sound FOH and monitoring, as well as broadcast relay and recording, from large scale applications through to the most basic. CL/QL V3.0 will be available as a free download from the Yamaha Pro Audio website early next year. With this upgrade, QL series V2.0 will be skipped so that the CL and QL series consoles will be at the same V3.0 level.
www.yamahacommercialaudio.com
www.yamahaproaudio.com
related items