French speaker designer Amadeus confirmed Source Systems, Ltd. as its US distributor for the Hi-Fi market for new speakers co-designed by world-renowned architect Jean Nouvel. The new USA distributor for Amadeus Philharmonia speakers expects speakers to be available in California by early February, 2016: for sale and for demonstrations. The new speakers retail in the US for $39,900 per pair. 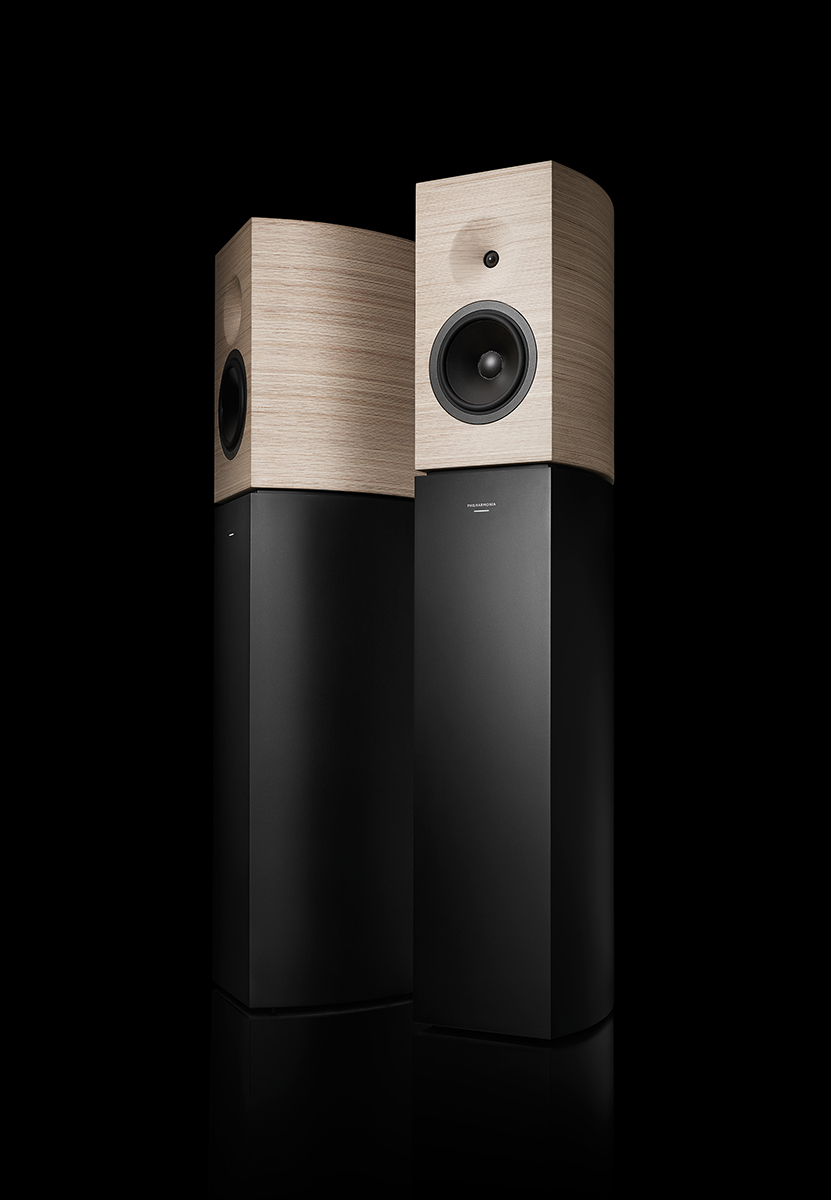 California-based Source Systems, Ltd. has been named the US distributor for the newly released Amadeus ‘Philharmonia’ speakers. Source Systems will focus on the Hi-Fi marketplace. Amadeus, the French Pro Audio manufacturer who is known for live, installed and custom studio sound reinforcement systems, chose Source Systems to enter the US Hi-Fi market because of their high-end audio solution expertise and experience.

The Philharmonia speaker is a 2-way high definition monitoring system that combines 35 years of innovation and technology creation at Amadeus with a modern “architectural” style, and a pristine sonic character. The Philharmonia speakers retail in the US for $39,900 per pair. Source Systems expects speakers to be available in the US for sale, and demonstrations in California, by early February, 2016.

“We had the pleasure to encounter Mark Gurvey of Source Systems at the Munich High End Society trade show where we showed-off the new Philharmonia speakers. We met through a mutual friend, François Gourdain, who distributes Philharmonia both in France and Benelux, among other prestigious brands such as VPI Industries, Pixel Magic Lumin, and Esoteric. Mark’s expertise in the high-end consumer electronics market, earned at many prestigious Hi-Fi companies, his people-oriented attitude, and his immediate understanding of the Philharmonia philosophy and positioning, convinced all of us at Amadeus that he was the right choice for breaking into the US market,” says Gaetan BYK, Marketing Manager at Amadeus.

The new 2-way, bi-amped Philharmonia speakers were initially created specifically for the Philharmonie de Paris recording and mastering studios, which were built to record performances in the new concert hall space. The speakers were co-designed by Michel Deluc, Amadeus’ Director of Research & Development, along with world-renown architect Jean Nouvel (who designed the new Philharmonie de Paris concert hall). As Jean Nouvel stated, “I am not a designer. I am an architect who makes design.”

“Amadeus brings a fresh, unique and innovative approach to high-end audio engineering and design, with the Philharmonia speakers, both in sound and style. The speakers fit a key aspect of the very highest end audio components, they are absolutely unique looking and yet so modern and beautiful. It will be very exciting to see and hear the reactions of listeners in the US. The Philharmonia has an amazing sound; unlike anything we have experienced before. With such a unique origin of professional and evolutionary audio expertise, we expect to 'Wow!' a lot of ears,” adds Mark Gurvey, CEO of Source Systems.
www.sourcesystemsltd.com | www.philharmoniabyjeannouvel.com
related items