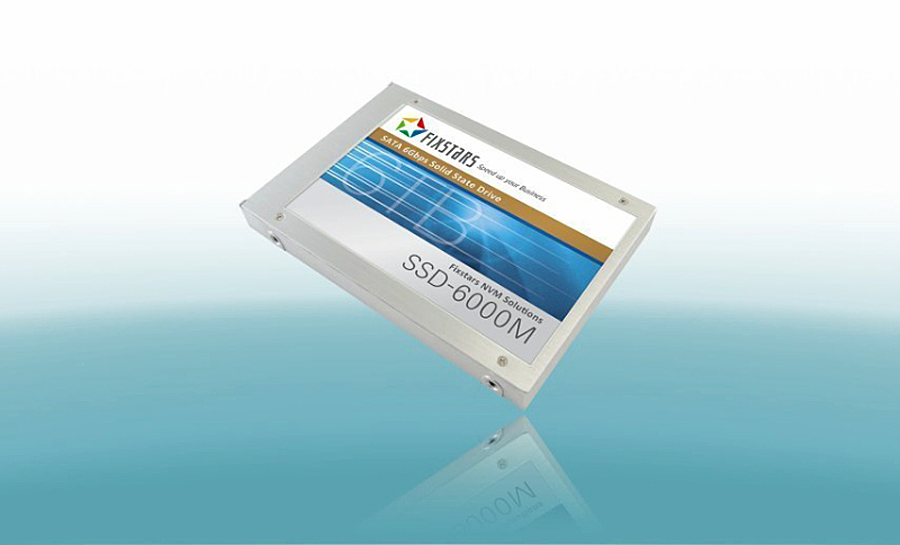 The world’s first 6TB Solid State Drive (SSD), the Fixstars SSD-6000M, is until now the largest capacity SSD in a 2.5" form factor. And its not only about storage capacity but also to speed up applications with consistent, fast sequential throughput, as Fixstars Solutions explains. The new SSD-6000M drive supports SATA 6Gbps, providing read speeds of up to 540 MB/s, and write speeds of up to 520 MB/s for sequential access.

The world’s first 6TB drive is built on cutting edge 15 nm MLC Flash Memory which has been packed into a dense 2.5” form factor. As with the previous Fixstars SSD-3000M drives (3TB capacity - and we would already be pleased with that one), the proprietary SSD controller enables a stable, high I/O performance for sequential access throughout the lifetime of the drive. This characteristic has proven to be highly effective in numerous areas such as video recording, medical imaging, big data analysis, network infrastructure, and industrial applications.

Satoshi Miki, the CEO of Fixstars Corporation, offered the following comment: “The unparalleled performance of our previous model’s (The SSD-3000M) sequential I/O helped propel our SSDs and garner lots of attention. Since many of our customers desire even greater capacity, I am excited to offer a new solution and grow the product line with the inclusion of the larger SSD-6000M.” He continues, “Since our SSD’s capacity is now able to compete with high-end hard drives, we feel our product can draw the attention of data centers as well.”

Fixstars is a software company devoted to parallelization/optimization techniques, based on highly effective use of multi-core processors, and application acceleration for the next generation of memory technology that delivers high speed IO as well as power savings. The company was founded in 2002 in Tokyo, Japan and owns subsidiaries in Sunnyvale, CA, and Victoria BC.  Its main clients include some of the largest corporations in the world, including Toshiba, Canon, Olympus, Hitachi, Boeing and the United States Air Force.

Fixstars is now accepting orders that will be shipped to customers in the United States in late July.
www.fixstars.com/en/ssd/
related items