Tascam introduced a new four channel professional audio recording solution for filmmakers with all the features required by television production and documentaries at a very affordable price. The new Tascam DR-70D multitrack recorder features new HDDA microphone preamps and integrated mixer, line/camera in and out for synchronization and records up to 96kHz/24-bit WAV and BWF files.
The new Tascam DR-70D recorder features four balanced XLR mic inputs and mixer in a format designed to be mounted below the camera or used shoulder-mounted and with a pair of built-in microphones to capture reference sound on-set. Tascam explains the user interface was designed for quick adjustment, with additional features to keep recording levels under control. 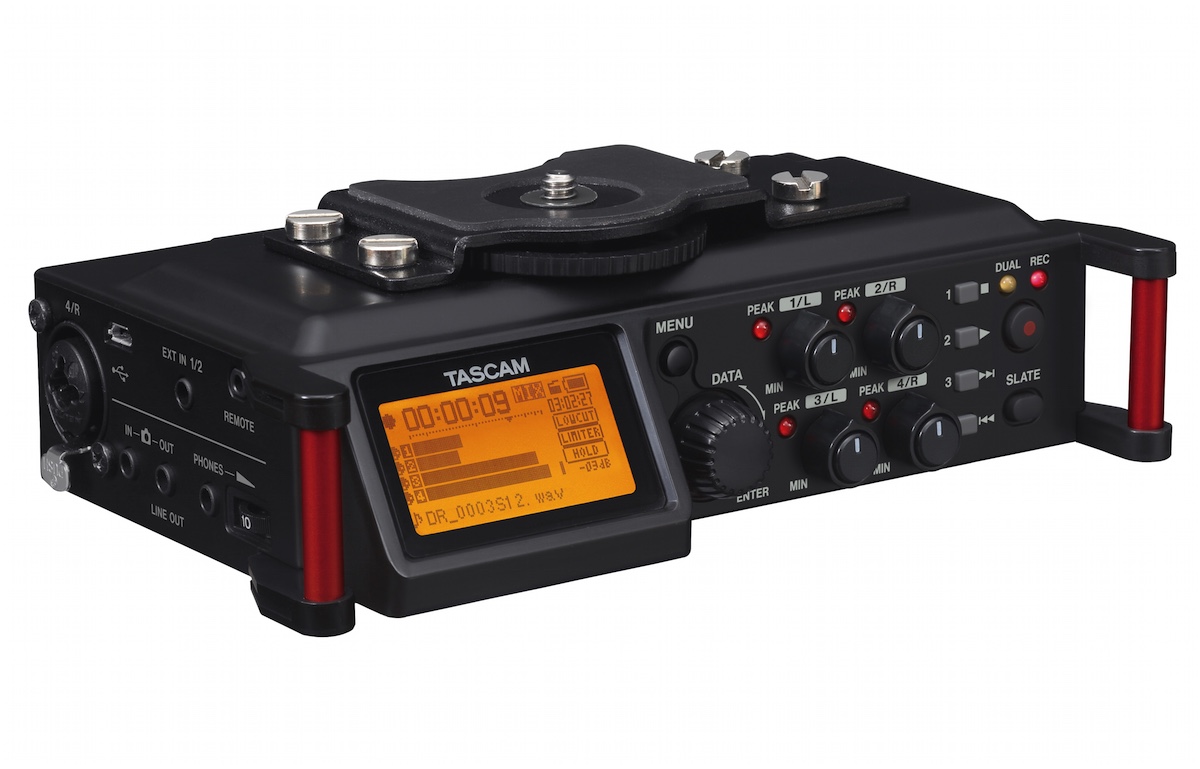 The four XLR mic inputs with phantom power on the DR-70D feature high-quality HDDA microphone preamps with up to 64dB of gain for quiet performances, and all four inputs have individual gain controls. Each input has a limiter and low cut filter available for controlling volume. Also included is a Dual Recording mode, which records a safety copy of the audio at a lower level to prevent distorted takes. Quality components like 5532 op amps are used throughout for the clearest audio possible. 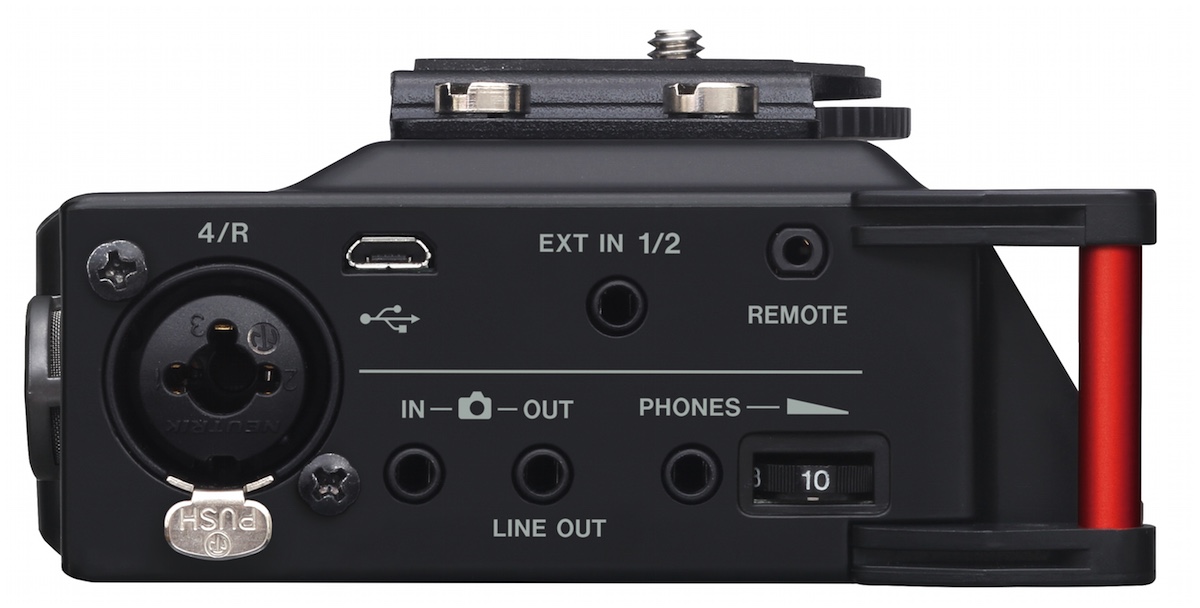 Tracks on the DR-70D are captured to SD card, SDHC or SDXC media – up to 128GB cards are supported - in up to 96kHz/24-bit WAV and BWF recording formats. The recorder has tripod mounts on the top and bottom of the unit, allowing it to be mounted on a camera, a follow-focus cage, or used standalone. Other production friendly features include a slate tone, low-noise buttons, a powerful headphone output, and standard AA battery power. 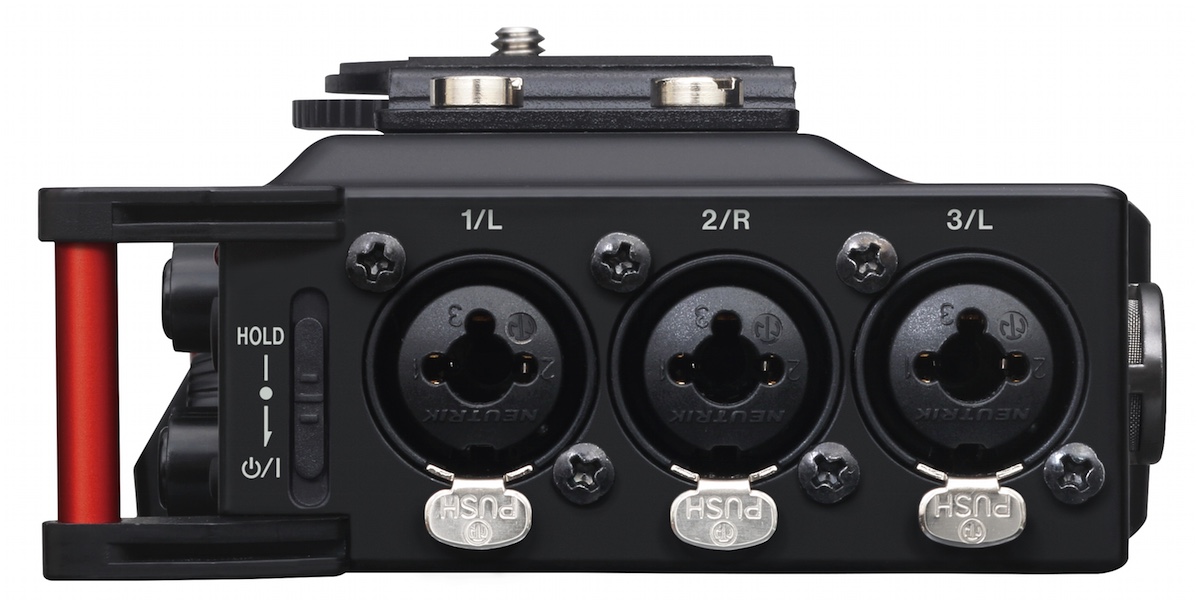 The Tascam DR-70D also has an 1/8” stereo input with plug-in power for camera mics, line/camera in and out for synchronization and playback and built-in Mid/Side microphone decoding. It uses four simple AA batteries and can be bought with the optional AK-DR70 kit including windscreen, hot shoe mount, and two 1/8” cables designed for use with DSLR cameras.
The DR-70D is shipping and the estimated street price is $299.99.
www.tascam.com
related items