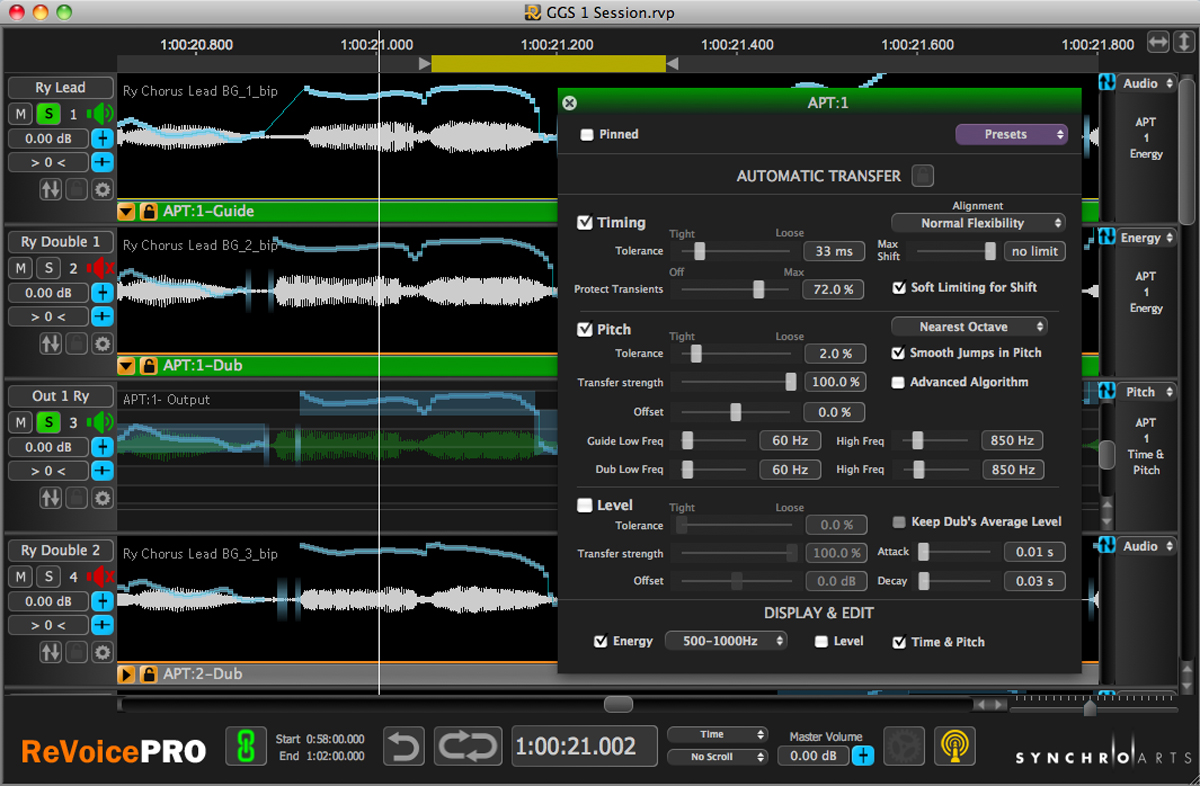 New features in Revoice Pro 2.6 include the ability to instantly import audio and clip information from Cubase and Nuendo to Revoice Pro using either Copy and Paste or Drag and Drop, also with instant transfer of Revoice Pro’s processed audio back via Drag and Drop or export audio function.

Cubase 5.0 and later and Nuendo 5.0 and later— including Nuendo 6.5— are supported. For Pro Tools 11 users of Revoice Pro on Windows, the good news is the slowdown in Pro Tools when the Revoice Pro plug-in is open has been removed.

Synchro Art’s Revoice Pro applications include:
- Tightening the timing, pitch and vibrato of “stacked” lead and backing vocals or instrumental tracks.
- Creating one or more realistic double tracks from a single input track.
- Lip-syncing dialogue (ADR) and vocals by the same or different performers, even when there are noisy guide tracks.
- Changing the inflection in dialog (ADR, voice-overs etc.) with the desired Guide pattern provided by recording the director or dialog editor.

There is a 14-day free trial license (iLok-based) available along with online manuals, demos and tutorial videos. The Recommended Retail Price (RRP) of Revoice Pro is $599 for North America and €449 (ex VAT) for Europe.

Synchro Arts Limited is a software development company based near London and  the creators of the consumer applications including ReVoice Studio, www.Singtone.com, and Sing Perfect Studio, which include VocALign or Revoice Pro-type processing in the audio processing engine. Sing Perfect Studio is an iPhone application that lets users have their recorded voices tuned, time aligned and enhanced automatically by Revoice Pro-type processing.
www.synchroarts.com
related items